Firefighter wins £9,000 after being sacked over positive cocaine test

Firefighter wins £9,000 after being sacked from job of almost 30 years over positive cocaine test that he blamed on his diabetes or ‘drink being spiked’

A ‘distinguished’ firefighter of almost 30 years who blamed diabetes when he failed a cocaine drugs test has won more than £9,000 after a tribunal ruled he was unfairly sacked.

Marcus Headley was one year from retiring when he was fired from Walthamstow Fire Station in London, in 2018, after evidence of the Class A drug was found in his urine following a routine test at work.

The Crew Manager was adamant he had never taken the substance and claimed there was a link between his recent diagnosis of Type 2 diabetes and the positive finding.

He also suggested he may have been spiked and even arranged a private drugs test himself – but that too found cocaine in his system.

At an East London tribunal, employment Judge David Massarella rejected his claim for wrongful dismissal, ruling that the levels of cocaine found meant he had more than likely taken the drug, representing an ‘unacceptable level of risk’ given his line of work.

His other claims of race discrimination and victimisation were also thrown out.

However he won his claim of unfair dismissal after bosses broke procedural protocols when they proceeded with his disciplinary hearing while he was ill and after he had raised a grievance, and because they postponed his appeal.

The firefighter had been sacked for gross misconduct in November 2018, having qualified in 1989. He had hoped to finish his decades-long career just a year later in 2019.

Headley had been the first black fireman to join the Westminster Fire Station on Red Watch in 1989, before moving to Leyton fire station and being promoted to Crew Manager and eventually working at Walthamstow.

While his trailblazing career ended following his failed drugs test, he has now won £9,454 in compensation after winning a claim of unfair dismissal against the London Fire Commissioner on a technicality. 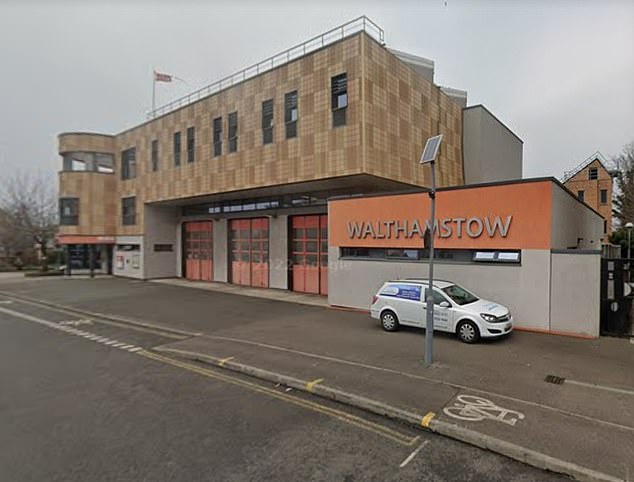 Marcus Headley was fired from Walthamstow Fire Station (pictured), in London, in 2018, after evidence of the Class A drug cocaine was found in his urine following a routine test at work

It comes after a tribunal judge ruled there were procedural flaws in his sacking.

The tribunal heard CM Headley, who worked at various stations in London before joining Walthamstow in 2016, had previously done routine drugs tests without issues.

But in July 2018, his test showed a ‘non-negative’ finding after benzoylecgonine was found in his system. Benzoylecgonine is a metabolite of cocaine.

Two days later, he visited his GP and insisted he never took illegal drugs. As well as being diagnosed with depression, tests showed he had Type 2 diabetes and that his kidney function was deteriorating.

He arranged a private hair test with a lab in late July 2018, and analysis of his hair also found traces of cocaine.

CM Headley insisted his newly-diagnosed conditions were ‘likely to have adversely affected the two drug tests’.

He cited ‘evidence’ from the internet by way of an article and a conversation he had with an online doctor. He also suggested he may have had his drink spiked.

His own GP surgery said there ‘might be’ a link but a toxicologist should be contacted.

CM Headley’s bosses contacted a scientist at the lab where their test was carried out, and false positives were ruled out.

The lab said: ‘Our urine confirmation testing for cocaine would not give any false positive results.

‘We look for a specific metabolite of cocaine called benzoylecgonine which we would only find if someone had ingested cocaine..’

A disciplinary hearing was held in November 2018, despite CM Headley being off work sick, and he could not provide further evidence. 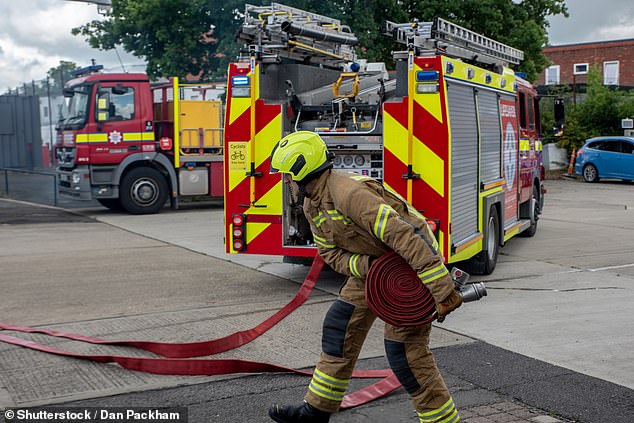 CM Headley won his claim of unfair dismissal as bosses proceeded with his disciplinary while he was ill and had raised a grievance and because they postponed his appeal. (Stock image)

‘At the meeting CM Headley said he had no idea how cocaine had entered his system, and queried whether someone might have put it in a drink’, a tribunal report said.

‘He did not identify an occasion when this could have happened’, the report added.

He was sacked for gross misconduct.

At the tribunal, Employment Judge Massarella dismissed his claim of wrongful dismissal but said ‘it is highly regrettable that his distinguished career in the fire service ended in these circumstances’.

Judge Massarella said: ‘There was no medical evidence before us to suggest that the presence of the metabolites in his system, both in his hair and in his urine, was or even could be the result of anything other than the ingestion of cocaine.

‘Insofar as CM Headley has suggested that he might have unknowingly ingested cocaine, he has never given details of when or how this might have happened, let alone in the amounts necessary to give the readings from both sets of test results.

‘On the balance of probabilities, we have concluded that the tests were positive because he had taken cocaine.

‘We are satisfied that a firefighter/temporary watch manager attending work with those levels of cocaine in his system presented an unacceptable level of risk.’

However, CM Headley won his claim of unfair dismissal as bosses proceeded with his disciplinary while he was ill and had raised a grievance and because they postponed his appeal.