European Union flags have been removed from British number plates and driving licences and replaced with the Union Jack.

The move was confirmed by Transport Secretary Grant Schapps who tweeted an image of how the UK’s cars will look without the EU symbol.

Drivers will see the new look from new batches issued from January 1.

A spokesman for the Department for Transport said: ‘UK driving licences and number plates have been given a makeover to signify the beginning of a new chapter for the UK. 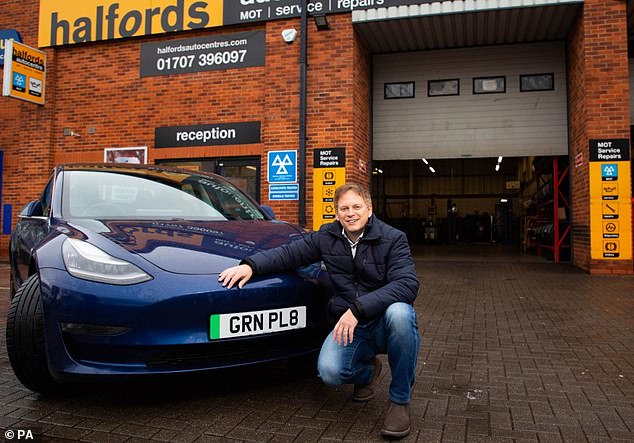 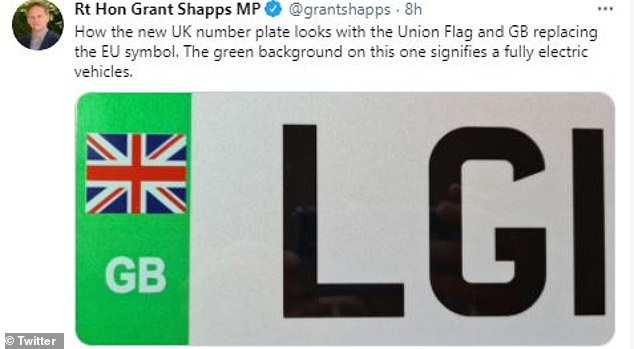 ‘The new designs coincide with the beginning of a number of agreements recently made between the UK and member states for British drivers, making it easier for Britons to drive in the EU when existing restrictions end.’

The deal with the 27 EU states plus Switzerland and Norway will make it simple for Britons to drive abroad and forgoes the need for a £5.50 international driving permit.

Mr Shapps told The Sun on Sunday: ‘Changing the designs of our driving licences and number plates is a historic moment for British motorists and a reassertion of our independence from the EU one year on from our departure.

‘Looking to the future, whether it’s for work, or for holidays abroad, these changes mean that those who want to drive in the EU can continue to do so with ease.’

He also tweeted a picture of a new look number plate, writing: ‘How the new UK number plate looks with the Union Flag and GB replacing the EU symbol. The green background on this one signifies a fully electric vehicles.’

Old plates will still be valid to use on the continent.