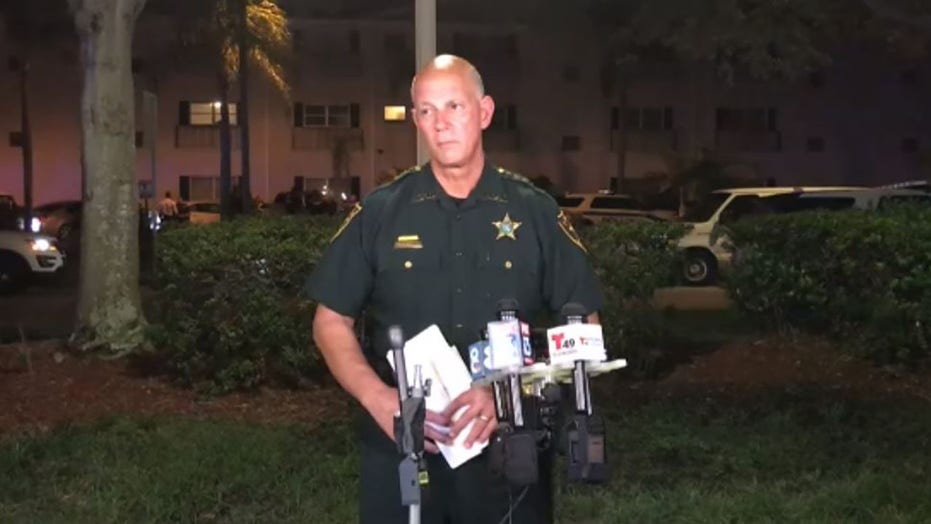 A Florida police officer who feared for her life shot and killed a suspect while he was choking her on Friday night, investigators said.

Officer Alison Savarese, 32, fired two rounds at 55-year-old Jeffrey Haarsma while his hands were still around her neck, Pinellas Sheriff Bob Gualtieri told reporters at the scene. Haarsma was pronounced dead at a hospital.

“This was a response to somebody attacking her,” Gualtieri said. “This was because her life was in danger, because she couldn’t breathe, because he decided he was going to choke her out.

“She did what she had to do under the circumstances,” he added, “and we are very thankful that she is OK.”

St. Petersburg police responded to a report of a dispute between neighbors at a condominium complex just before 9 p.m., the sheriff said. Haarsma allegedly threw some of his neighbors’ belongings off the second-floor balcony and then put them in a dumpster.

Savarese was one of two officers called to the scene, Gualtieri said. He said Savarese was alone when she climbed a set of stairs and approached Haarsma on a second-floor landing outside his condo.

Savarese asked to speak with Haarsma, but he quickly walked toward her in an aggressive manner, the sheriff said. When the officer tried to detain Haarsma, he shoved her and they both went to the ground in a struggle.

Gualtieri said Haarsma was 6 feet tall and 175 pounds, and “much bigger” than Savarese.

When they stood up, Haarsma grabbed the officer’s throat with his hands and squeezed. Savarese said she was unable to breathe and felt the suspect tug on her duty belt, which holds her firearm and Taser.

Savarese then fired two rounds while the suspect was still choking her, the sheriff said.

“Unfortunately, people get aggressive against law enforcement,” Gualtieri said. “It didn’t have to happen this way.” 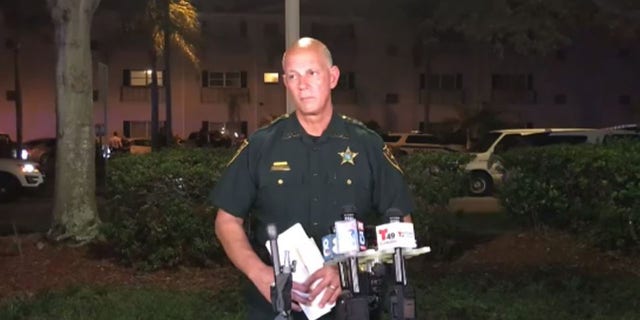 Savarese was not seriously injured. She was put on routine administrative leave.

“Obviously she was shaken up,” Gualtieri said. “I can tell you that she does have marks on her neck from where he was choking her. The collar brass on her uniform was ripped off. It looked like a pretty significant struggle that occurred.”

Neighbors told the Tampa Bay Times that Haarsma “was a walking time bomb.”

“I told my wife two days ago something is going to happen with him,” Cedric Holston told the paper, adding that he called police about two months ago after Haarsma allegedly berated and swore at his wife.

Detectives assigned to the Pinellas County Use of Deadly Force Task Force are investigating the shooting.