A FLORIDA resident has filmed water gushing from her mom's apartment building just days after the Miami condo collapse.

Bina Fink posted the shocking footage to TikTok, telling her followers she is "tramatized" after losing loved ones in the disaster. 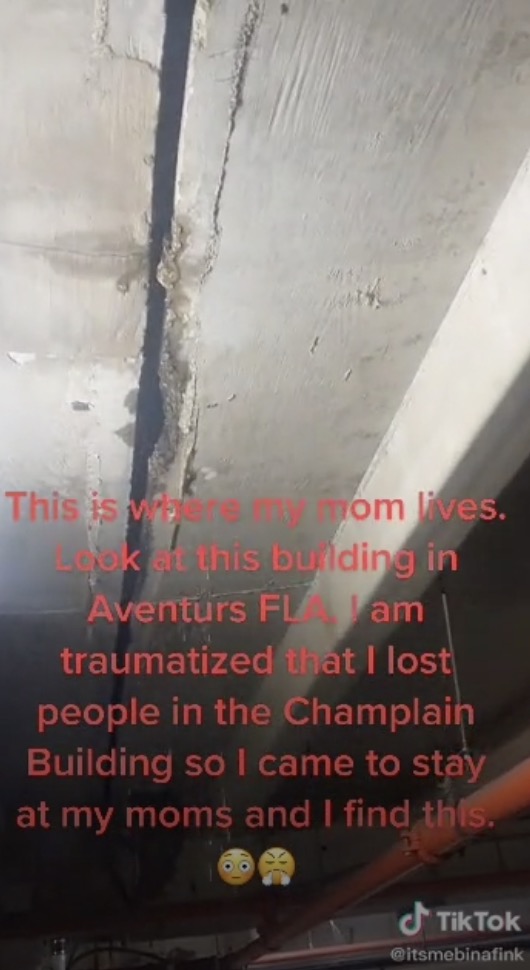 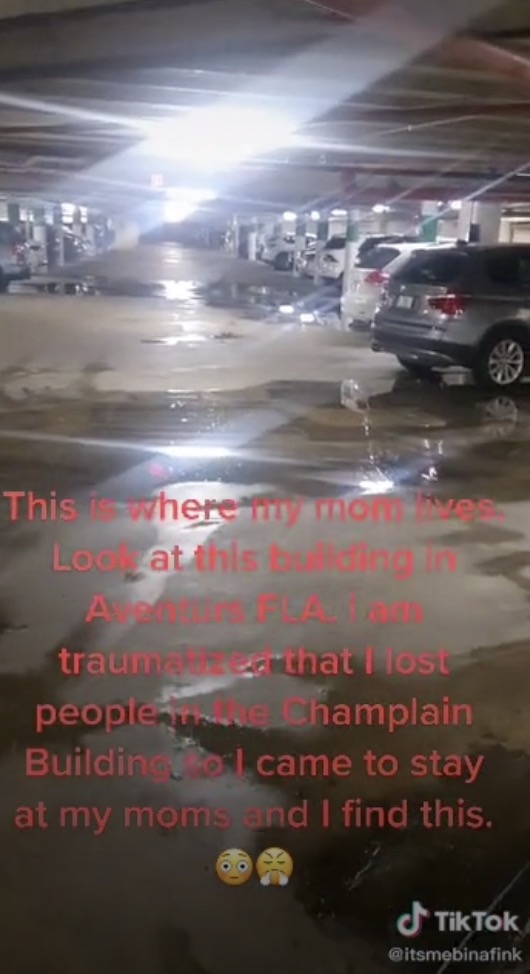 She wrote: "This is where my mom lives. Look at this building in Aventurs FLA.

"I am traumatized that I lost people in the Champlain Building so I came to stay at my moms and I find this."

The clip shows water gushing from what appears to be a basement of the building.

The safety of buildings across the Miami area has been called into question following the collapse of the Surfside building which has left 36 dead and more than 100 still missing. 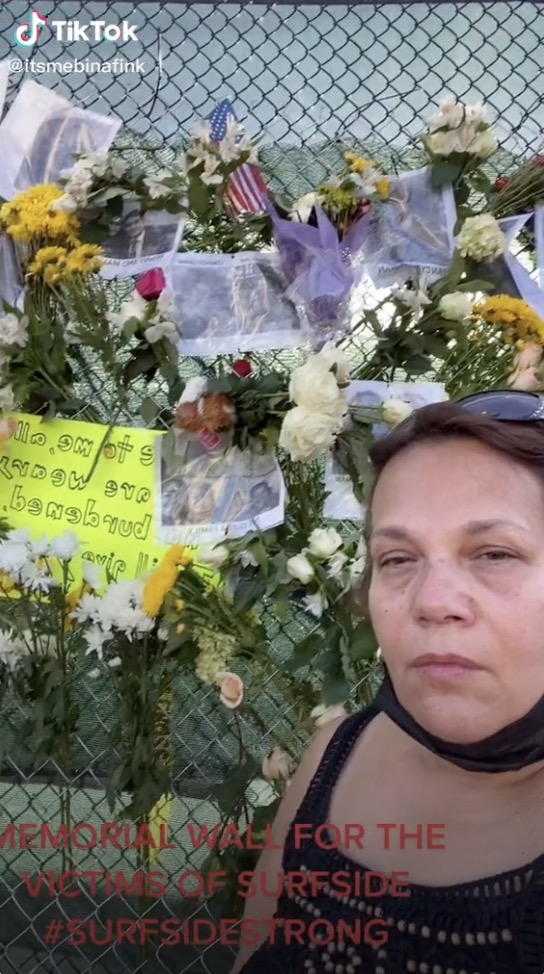 One official had reportedly warned that the doomed Miami condo needed urgent repair work – just three days before part of it collapsed.

Emails obtained by the Miami Herald show building manager Scott Stewart reminding officials that he needed approval for work to go ahead.

Worker also discovered "extensive concrete damage" and suspended repairs nine months ago amid concerns that the doomed condo would fall.

Officials from Morabito Consultants reported in October that they found “potentially deep deterioration” of concrete near the pool area. 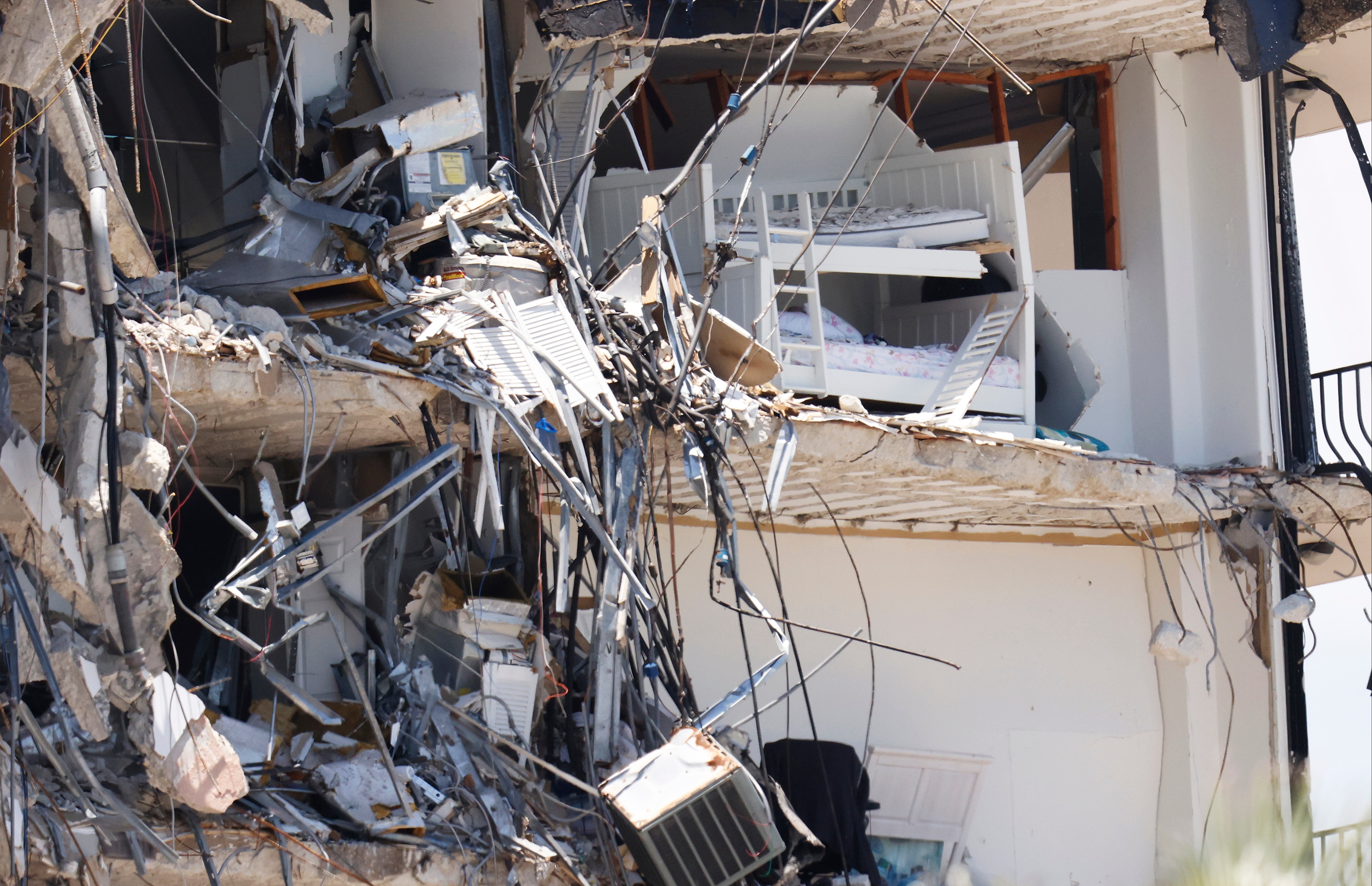 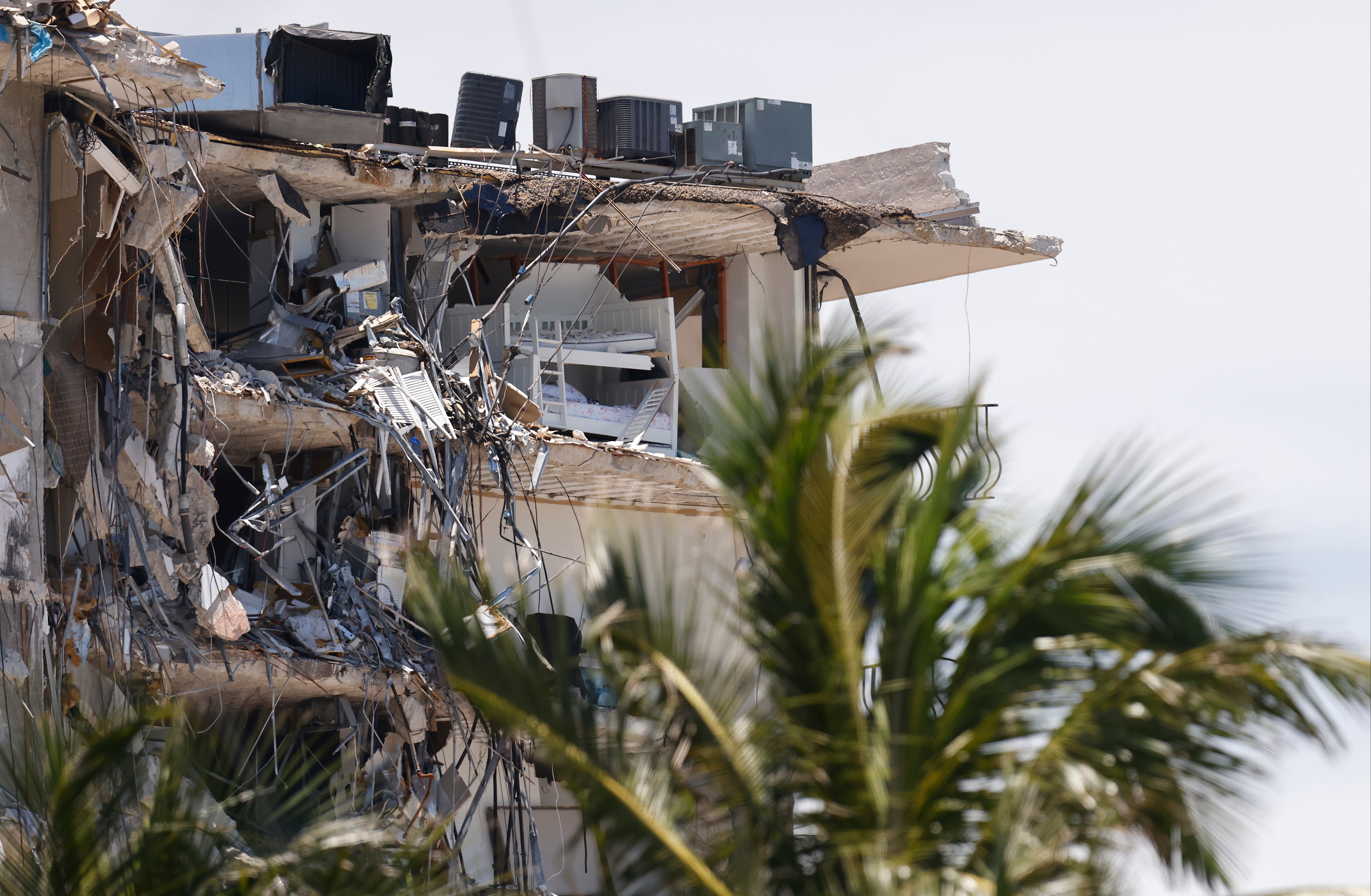 More than 300 residents of The Crestview Towers Condominium in North Miami Beach, Florida, were ordered to evacuate last Friday after inspectors deemed the complex unsafe.

The previous Wednesday, 72 residents of an Osceola County, Florida condo had to leave their home after an engineering report also deemed the building unsafe, reports Fox35.

The remaining portion of the condo was demolished on Sunday amid fears that Storm Elsa could hinder search and rescue progress. 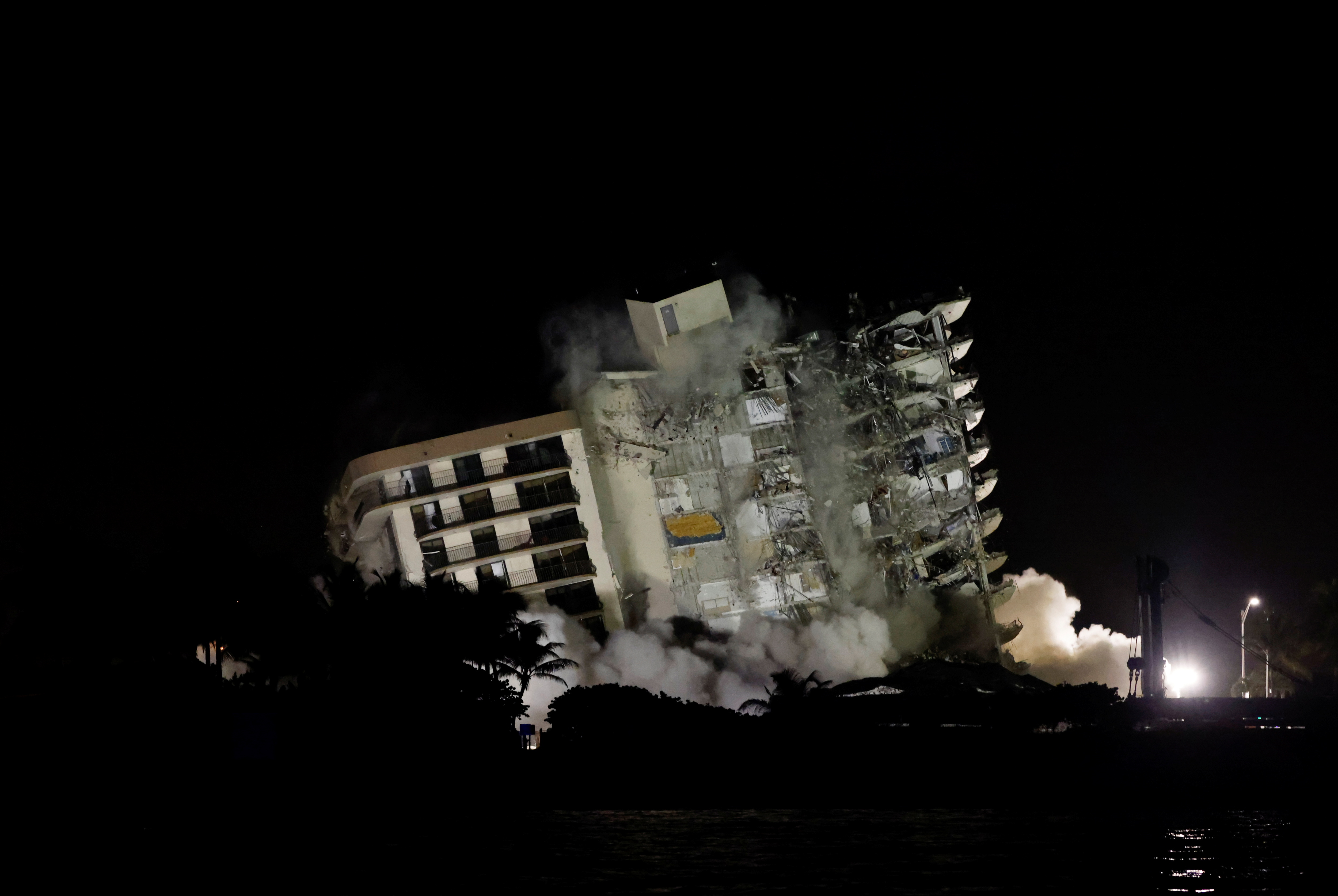 Hope for survivors began to fade on Wednesday with officials saying the rubble has "no livable space left."

First responders are reportedly not seeing "anything positive" as the search for survivors nears the end of its second week.

First responders continue to search through the rubble of Champlain Tower South in Surfside which collapsed on June 24.

However, the search has been affected by storms and bad weather as Storm Elsa rages toward Florida.

The sudden collapse of the tower at around 1am late last month buried 150 people under the building.

Officials confirmed on Tuesday afternoon that a further four bodies have been pulled from the rubble, bringing the latest death toll to 46.

There are still more than 100 people unaccounted for.