‘You are mine, and I am yours’: Love letters in new book reveal US First Lady’s lesbian affair with a woman ten years her junior that lasted thirty years

Love letters from a former First Lady reveal her lesbian affair with a woman ten years her junior that lasted nearly thirty years.

Rose Cleveland, the sister of the 22nd and 24th president of the United States Grover Cleveland, embarked upon a lengthy romance with Evangeline Simpson Whipple after the pair met in late 1889.

She had been First Lady after rules stipulated unmarried or widowed presidents had to have a female relative with them in the White House.

Her brother Grover, the only American president in history to serve two non-consecutive terms, first took office in 1885 as a 47-year-old bachelor.

And that meant Rose served as First Lady for the first two years of his administration before he married 21-year-old Frances Folsom.

Two years later, when she was 43-years-old, an unmarried Rose would meet Evangeline, then aged 33.

After years of exchanging messages the couple would finally go on to live together, seeing out their final days in Italy. They are buried next to one another there. 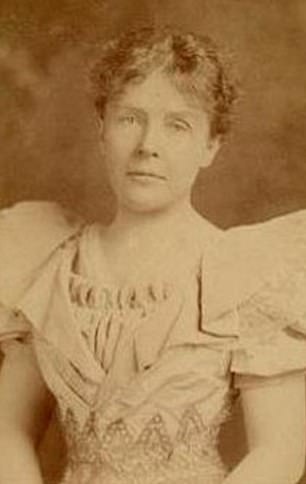 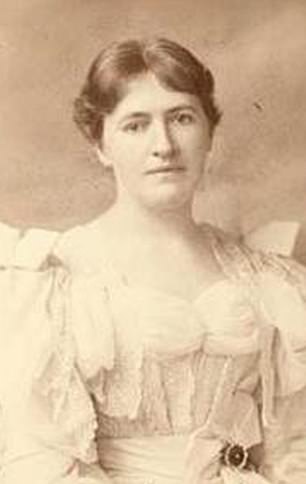 Rose Cleveland, left, the sister of the 22nd and 24th president of the United States Grover Cleveland, embarked upon a lengthy romance with Evangeline Simpson Whipple, right 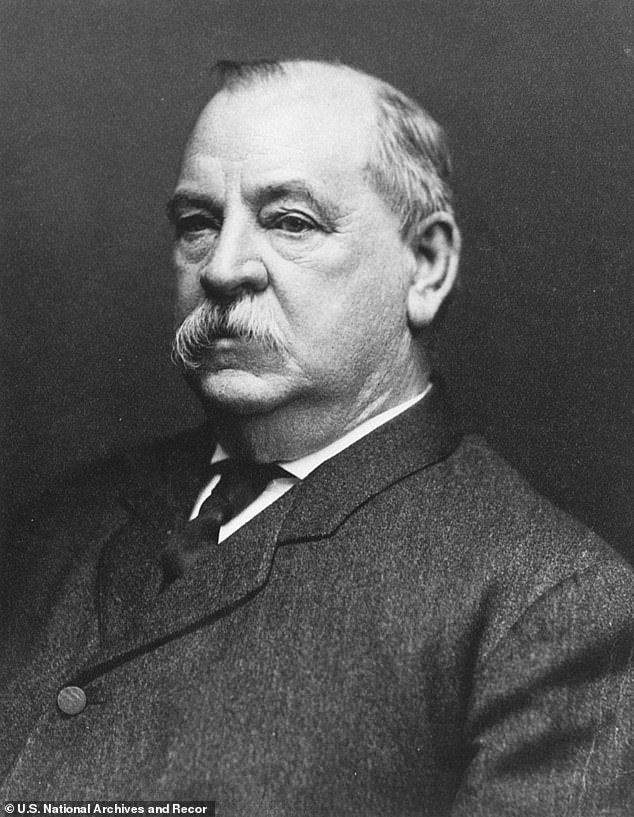 Rose had been First Lady after rules stipulated unmarried or widowed presidents had to have a female relative with them in the White House. President Grover Cleveland first took office in 1885 as a 47-year-old bachelor before he married 21-year-old Frances Folsom two years later

A new book, Precious and Adored: The Love Letters of Rose Cleveland and Evangeline Simpson Whipple, 1890-1918, reveals the extent of their relationship.

The letters had been hidden from the public until 1978 after a memo warned the letters ‘strongly suggest that a lesbian relationship existed between the two women’.

The new book is the first time they have been printed together as a complete collection.

In the notes former teacher and author Rose writes: ‘My Eve! Ah, how I love you! It paralyzes me. Oh Eve, Eve, surely you cannot realize what you are to me. What you must be. Y

‘Yes, I dare it, now, I will not longer fear to claim you. You are mine by every sign in Earth & Heaven, by every sign in soul & spirit & body — and you cannot escape me. You must bear me all the way, Eve.’

Rose, said to have been frustrated with public life as First Lady, goes on: ‘You are mine, and I am yours, and we are one, and our lives are one henceforth, please God, who can alone separate us.

The couple gave each other pet names including ‘Granny’ and ‘Granchile’ – thought to refer to their 10-year age gap, The Washington Post reports.

They went on vacation together and appear to have been accepted as a couple by their families before Evangeline married to Bishop Henry Whipple in 1896.

Rose wrote: ”I do not think you need me now. But I plead that you will consider what I said this morning. I will give up all to you if you will try once more to be satisfied with me. Could you not take six months for that experiment? We would go away from everyone.’

The couple would eventually fully rekindle their affair after Whipple died living together in the Italian village of Bagni di Lucca.

Rose died in 1918 at the age of 72. When Evangeline died 12 years later the two women were buried side by side with matching gravestones.