‘I’ve watched on in horror’: Former Labour minister quits after 45 years in furious protest at Corbyn’s record on Brexit and tackling anti-Semitism 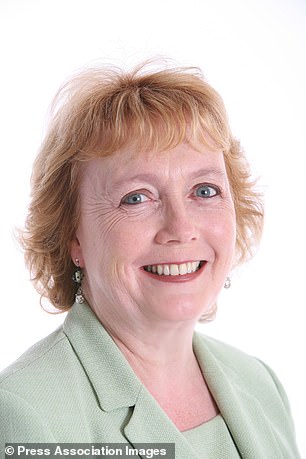 A former Labour minister has quit the party after 45 years in a furious protest at Jeremy Corbyn’s record on Brexit and tackling anti-Semitism.

Bridget Prentice, who was MP for Lewisham East from 1992 to 2010, claimed the party had been ‘destroyed’ under Mr Corbyn’s leadership.

In a fiercely-worded attack she said that ‘in all the major issues of the day, you have called it wrong’.

Ms Prentice, who served as a whip and junior justice minister under Tony Blair and Gordon Brown, said ‘enough is enough’.

She said she was resigning with ‘deepest sadness and some anger’ after 45 years of party membership.

In her resignation letter to acting general secretary Karie Murphy she said she had ‘watched in horror as Jewish members have begged for support’ and been met with a ‘slow, reluctant and inadequate’ response.

She accused him of ‘mealy-mouthed words’ rather than speaking out against the ‘bullies and bigots’.

‘It is easy to say Jeremy is not racist. But there is the sin of omission,’ she said.

By ‘not standing up to the bullies and the anti-Semites’ Mr Corbyn ‘showed no leadership’.

On Brexit, she said it was ‘clear to any objective observer that Jeremy has no wish to remain in Europe’ and in his ‘limited thinking’ he viewed the EU as a ‘bad thing’.

She claimed Mr Corbyn was ‘apparently completely ignorant of the benefits it has brought to working people in this country’. 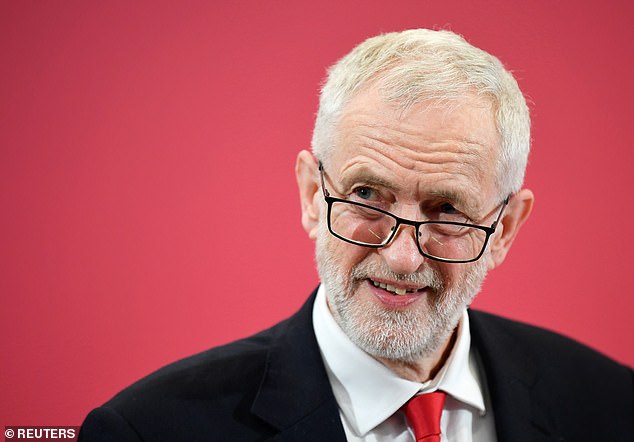 She added that it was ‘pandering to the baser views of racists’ to suggest EU workers were the cause of lower wages for Britons.

Ms Prentice said that he had ‘deliberately ignored’ young members over the issue of Brexit, failing to join them on the People’s Vote march.

She said he was ‘like Macavity’ and when issues ‘directly affect people in this country, but the answers don’t sit cosily with the ideology, he’s not there’.

‘Yet he can attend marches, show solidarity with regimes which are murdering their people, harassing women and LGBT communities and destroying their economies.’

A Labour spokesman said: ‘It is disappointing that Bridget Prentice has left the party but many claims in her letter are plainly untrue.

‘The Labour Party is absolutely committed to challenging and campaigning against anti-Semitism in all its forms and wherever it occurs.’

Party sources suggested Ms Prentice was ‘aggrieved’ that she was not re-nominated to serve as Labour’s representative to the Electoral Commission.

It came after Mr Corbyn’s leadership was also questioned by current MPs at a stormy meeting of the Parliamentary Labour Party on Monday, with concerns raised on both sides of the Brexit divide.

At the meeting of the PLP, Mr Corbyn was told by one critic that his leadership was ‘a bigger issue for us than Brexit’.

Explaining his decision to speak out, Wes Streeting said: ‘I only said what too many say in the tea room, but won’t say to Jeremy’s face, about what voters are saying on the doorsteps.

‘It wasn’t this bad with Ed (Miliband). Some of us warned back then that we’d lose in 2015. We weren’t listened to then, either, leading to Tory majority and Brexit.’

The pro-Remain MP Peter Kyle told the Labour leader the party’s message on a second referendum had been too complicated and had left voters perplexed.

‘I urge you to simplify our policy so people realise we are speaking with absolute sincerity,’ he told Mr Corbyn.

The pro-Brexit MP John Mann called on Mr Corbyn to give Labour MPs a free vote on Brexit issues to reflect the divisions within the party and the country.

‘Labour voters are divided in a very big way. If you don’t get this right you cannot be prime minister,’ he told him.

Mr Corbyn acknowledged the MPs ‘frustrations’ and said he understood the need to simplify their message, telling them: ‘I get that.’

Yesterday, shadow international trade secretary Barry Gardiner told BBC’s Politics Live: ‘We want to bring both parts of the country back together again. We are the only party going into these European elections that is actually trying to appeal both to people who want to leave and people who previously voted to remain, saying ‘let’s see if we can get a compromise in the middle’.’

He added: ‘We are saying that we want to have a situation where we can have a deal that respects the result and leaves the EU.’