Fury as UK is STILL not carrying out 10,000 coronavirus tests a day

Fury as UK is STILL not carrying out 10,000 coronavirus tests a day despite ministers claiming the level had been hit yesterday

Ministers are facing a furious backlash today after it emerged the UK is still not carrying out 10,000 tests a day – despite claims the level had been hit.

Michael Gove and Health Secretary Matt Hancock both hailed the target having been reached yesterday amid mounting criticism of the government response.

However, Public Health England has revealed that the latest daily number of tests of whether people were currently suffering from the disease was actually 9,114.

And health minister Helen Whately conceded today that while the ‘capacity’ was now in place to carry out 10,000 checks a day, the actual figure was still below that.

The confusion fuelled anger about delays in scaling up the testing regime, with questions over how Germany is managing to carry out more than 500,000 a week. 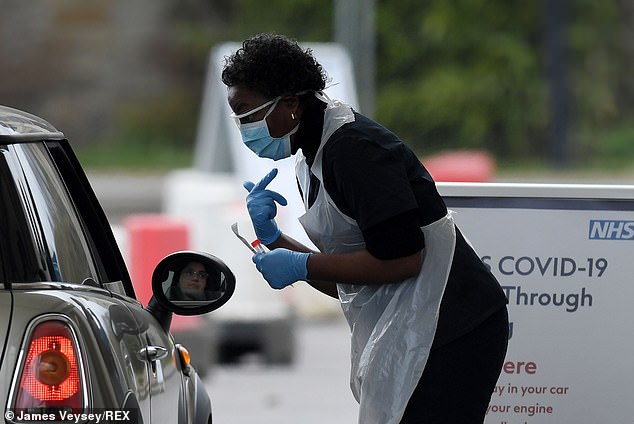 Routine testing is only just being offered to NHS staff, with 800 per day initially expected to get access to tests 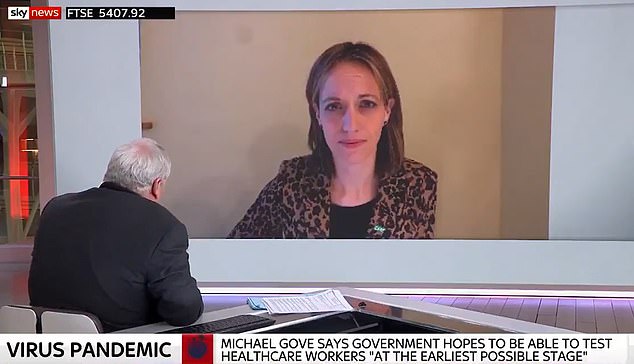 Health minister Helen Whately conceded today that while the ‘capacity’ was now in place to carry out 10,000 checks a day, the actual figure was still below that

Ministers have agreed deals to buy 17.5million coronavirus testing kits for use by mid-April.

The checks can detect who has previously had the disease, rather than who is currently suffering.

The government hopes to identify contagion hotspots as well as people who are immune and can potentially return to work.

The tests would help get NHS staff back to work with screening of frontline workers, such as teachers and police officers, to follow.

‘The top priority is randomised testing to establish how far the disease has spread,’ a Whitehall source said.

‘That is critical to understanding what we are dealing with and shaping our response.’

Officials have identified suppliers that can make the tests and have agreed ‘in principle’ to purchase 17.5million if they pass medical checks.

Britain is currently conducting only ‘antigen’ testing – a swab that requires laboratory analysis.

However the new ‘antibody’ fingerprick tests take 15 minutes to detect whether someone has had the virus.

Ex-health secretary Jeremy Hunt has warned that mass testing might be the only way to end the UK’s draconian lockdown restrictions.

The World Health Organisation (WHO) has praised countries like South Korea have for their wide-scale testing regimes, which have helped limit cases.

However, the UK shelved efforts to test everyone with symptoms on March 12, when the response moved into a ‘delay’ phase.

Instead people who thought they had the illness were urged to self-isolate unless their conditions became so severe they needed medical help.

Amid criticism, Mr Johnson then declared just under a fortnight ago that there would be a big expansion of tests from under 5,000 a day to 25,000.

Routine testing is only just being offered to NHS staff, with 800 per day expected to get access to tests. There are fears that many will have been put at risk, amid complaints that they do not even have enough personal protection kit.

Ms Whately said the Government is ‘ramping up’ its capacity to test health and social care staff for the coronavirus.

She said it now had ‘achieved the capacity to have 10,000 people a day tested’ – although at the weekend around 7,000 a day were actually carried out.

‘Within the next three weeks we expect to get to 25,000 tests a day,’ she told the BBC Radio 4 Today programme.

‘The really important thing about that – the effort to test NHS and social care staff – is that we can prioritise the testing to parts of the health and care system where we have particular staff shortages so that we can help by testing people so that we can identify if they are negative so they would no longer need to isolate and they can go back to work.

PHE tweeted that the latest figure for the daily number of Covid-19 tests conducted is 9,114. This was accurate as of 9am on Saturday, it said.

A separate drive is under way for ‘antibody’ tests – which show if individuals have had coronavirus and developed immunity.

‘We called for enforced social distancing, but it is a blunt tool without a national strategy to test and contact trace.

‘At today’s Downing Street Press Conference we call on ministers to outline why testing is still not being scaled up at sufficient levels and what bottlenecks domestically and globally are hindering this.’ 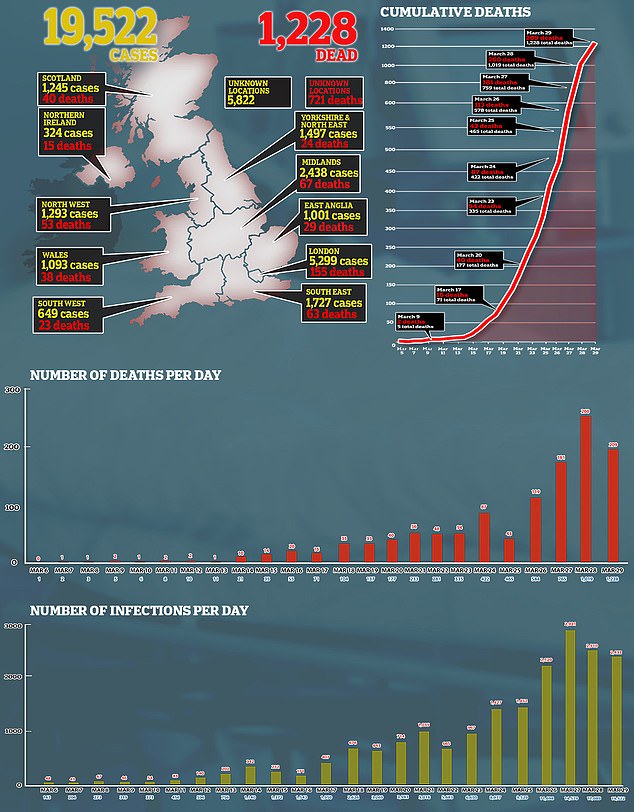