A GARDENER was left stunned after finding a home-grown potato that looks just like her dog.

Joanne Gudger, 47, harvested some spuds at her allotment and was amazed to find that one resembled the head of her 13-year-old American bulldog Dave. 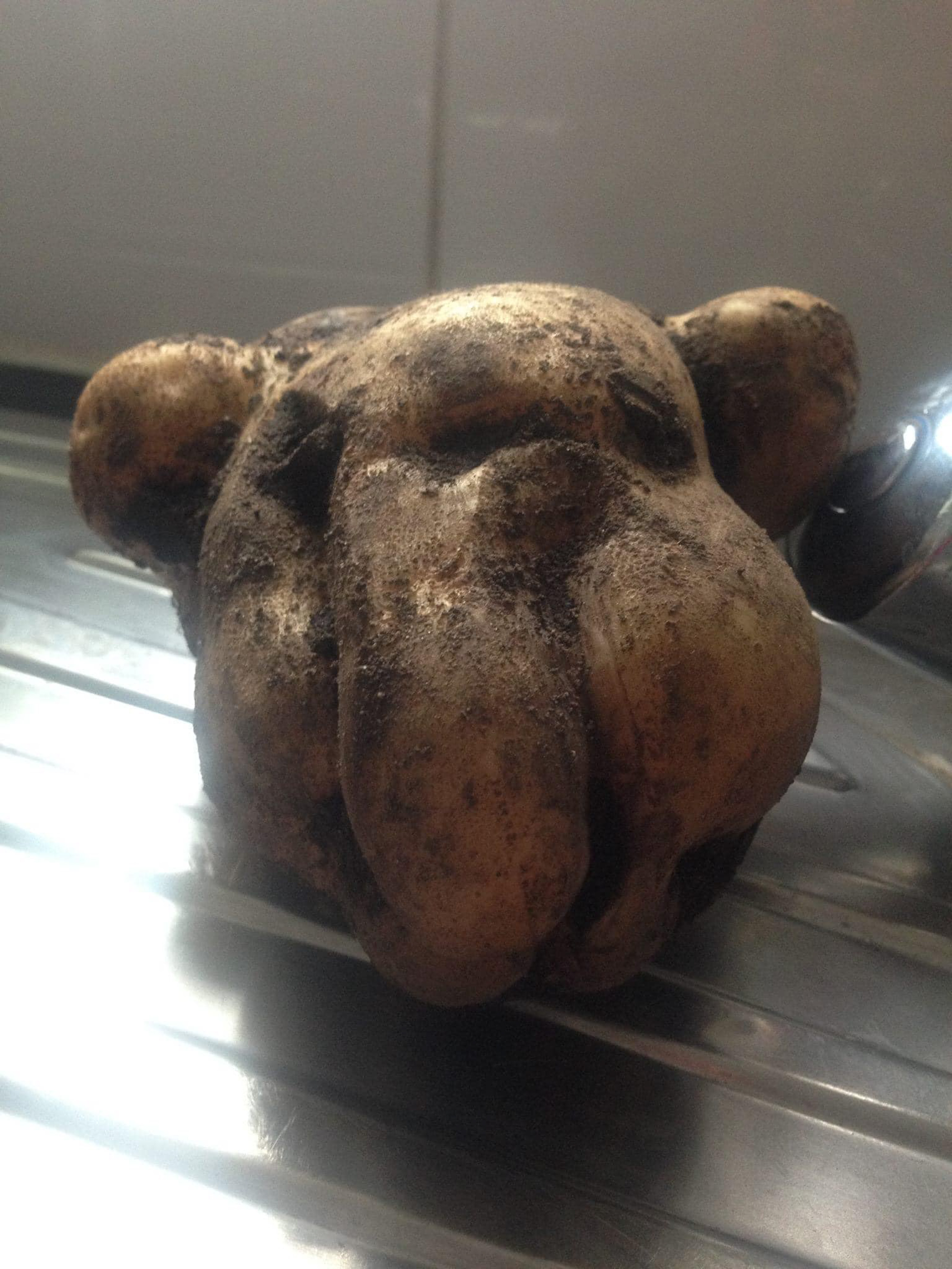 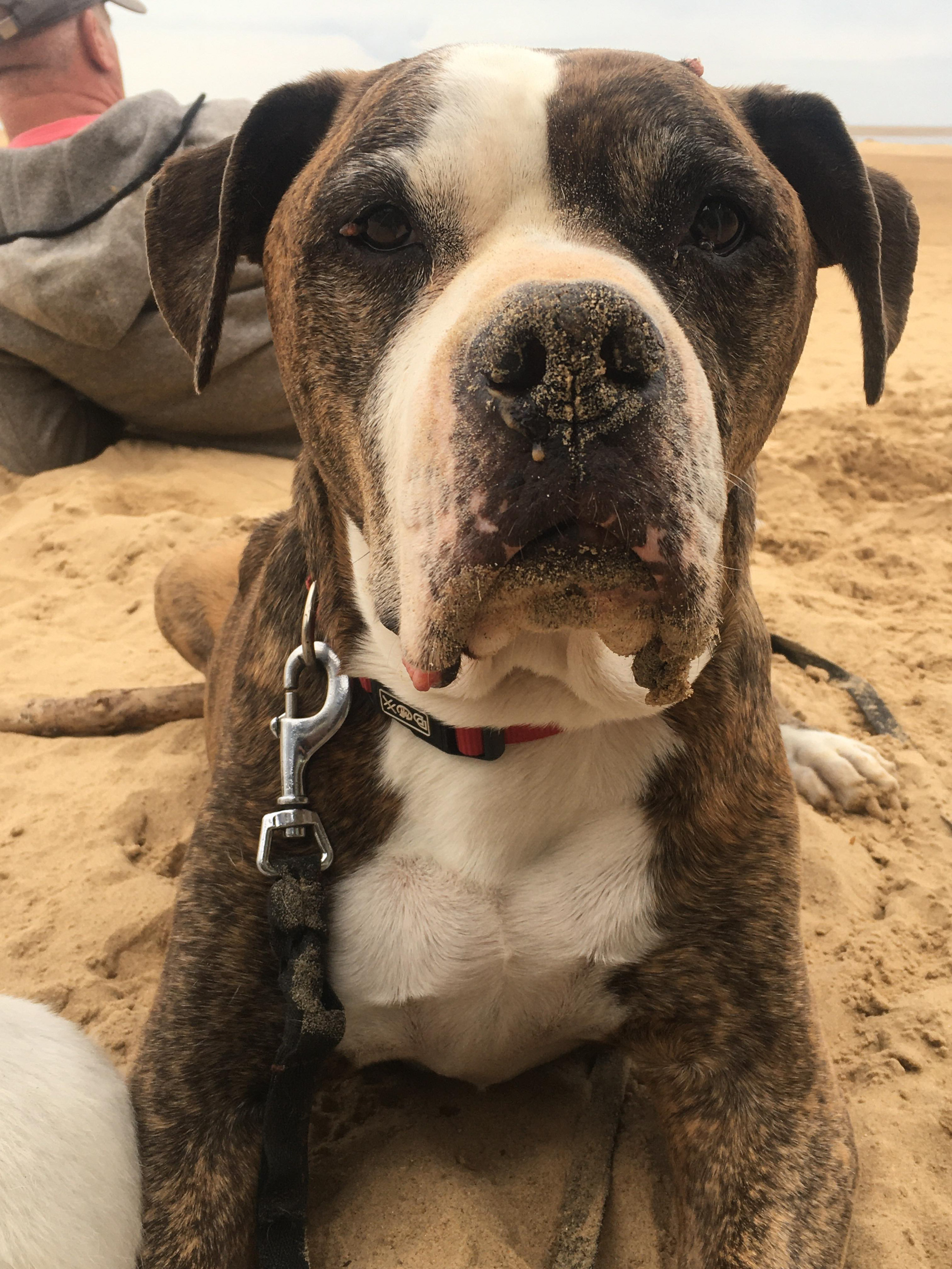 The mum-of-three, from Atherstone, Warwickshire, rushed to take a hilarious snap of her find, to share with family and friends – who all couldn’t believe how similar the potato looked to her beloved hound.

Joanne, an operations manager, said: “As soon as I pulled it out of the soil I knew straight away that it looked like Dave.

“I took a picture to send to my other half, Mark – even he said it’s the spitting image of him.

“Dave is really poorly at the moment with Cushing’s disease which is incurable so this really cheered us up.

“He’s getting older now and is going a bit grey so he probably looks more like the potato than ever.

“It was just perfect how the potato had Dave’s jowls and everything. We now call him ‘potato head Dave’.”

Joanne decided to post the potato picture to various allotment groups on Facebook, where it unexpectedly racked up hundreds of likes last week.

She said: “Everyone was joking in the comments and saying that they’re going to be careful digging their potatoes up in the future in case they dig up a puppy.

“It has also been a breath of fresh air due to my job working for a care company and dealing with Covid – my colleagues all think it’s hilarious.

“Our carers visit our vulnerable customers in their own homes providing crucial support.

“It’s obviously been a very trying time but this has cheered us all up massively.”

Joanne and her family decided against eating the potato in the end and instead kept it in pride of place on a windowsill.

She added: “We didn’t want to eat the potato because it’d be hard to eat a masterpiece like that.

“It unfortunately rotted away in the end and got composted because it no longer resembled the dog.

“I still keep laughing about it because I’ll probably never grow a potato that looks like my own dog again.”

It comes after a man was left "rolling around laughing" after finding a carrot shaped like a man exposing his private parts inside a bag of veg.

Mark McCombe, 51, bought the bag of "wonky" carrots from Morrisons hoping to have them with his dinner.

But food technician Mark couldn't bring himself to chop up one well-endowed vegetable – which was shaped like bottom half of a man proudly posing naked. 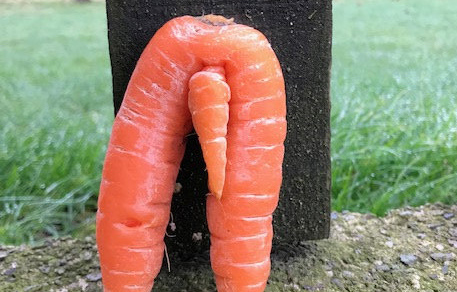