GAVIN Williamson has accused Britain’s top civil servant of stitching him up by claiming he was the Huawei secrets leaker before the investigation into it even began.

The sacked former Defence Secretary has insisted his enemy, Sir Mark Sedwill, blamed him during a security meeting of senior civil servants on Wednesday last week, only a few hours after the furore exploded. 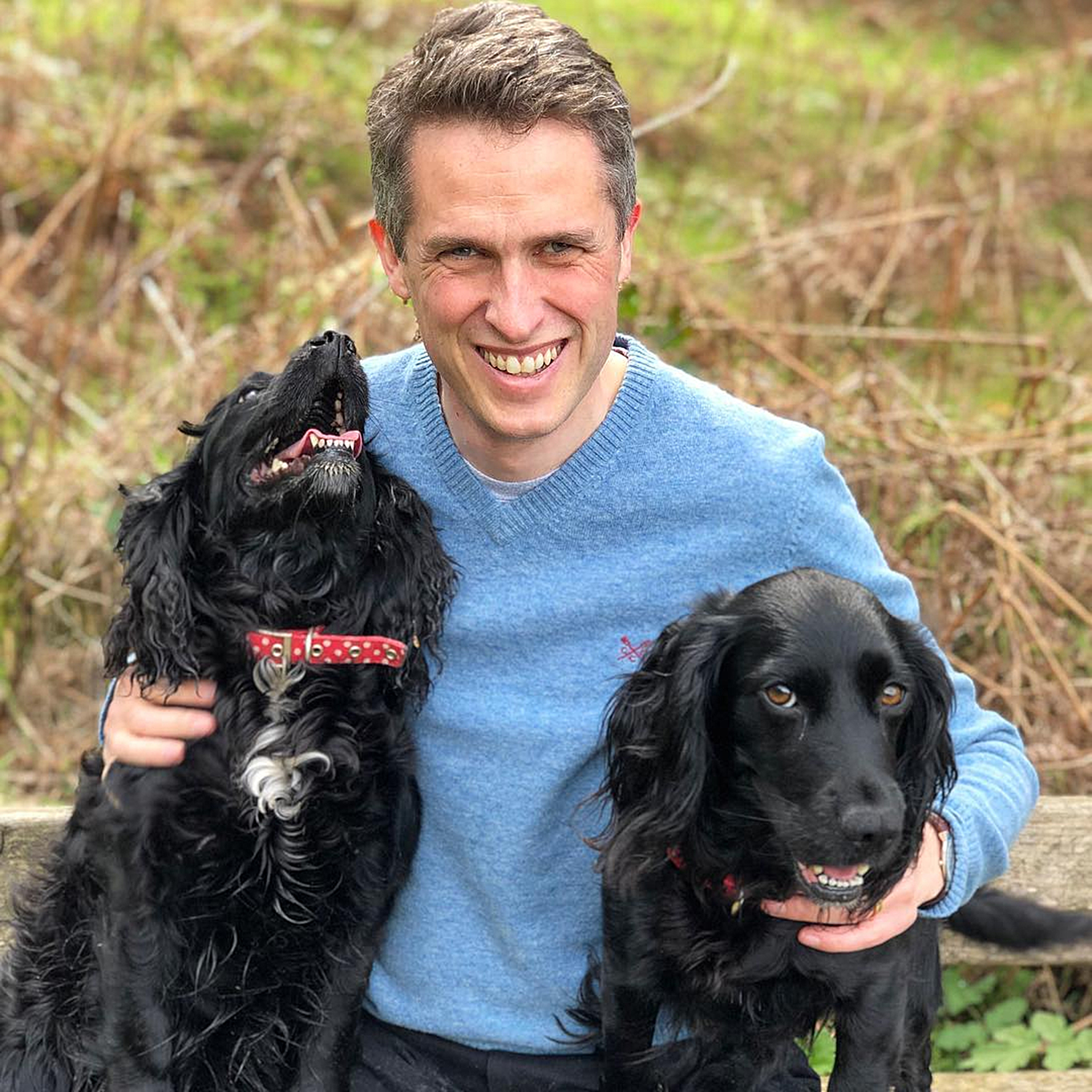 The Cabinet Secretary’s act was the latest in a long-running vendetta after the two men’s bitter feud over defence cuts, Mr Williamson insists.

And he also reported the accusation – allegedly relayed to him by “multiple sources” in the room – to No10.

But Mr Williamson, who is vigorously protesting his innocence, told friends last night: “I knew they were coming for me from the moment Mark Sedwill named me in that room.

“The leak inquiry was always going to try to frame me.”

As the latest scandal to rock Theresa May’s government engulfed Westminster for a second day; 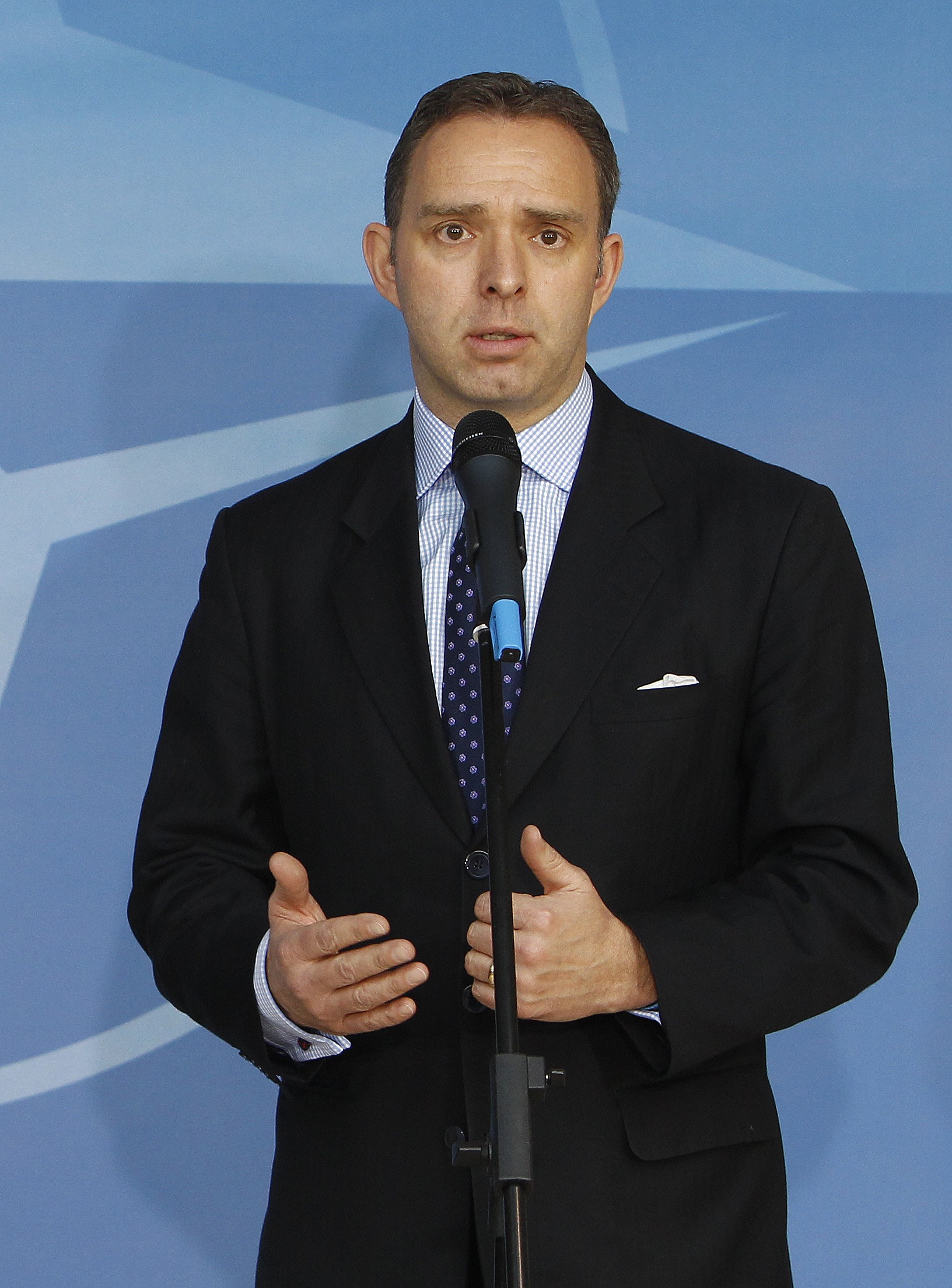 Sources close to Sir Mark Sedwill admitted he was “angry” with Mr Williamson for blaming civil servants for the leak, and the Cabinet Secretary did tell the Whitehall meeting that Mr Williamson had pointed the finger of blame at them.

But they also insisted it was “absolutely rubbish” to say that Sir Mark also fingered Mr Williamson himself during the session.

Mr Williamson even suggested on Thursday night that the journalist who broke the Huawei decision leak, the Daily Telegraph’s Steven Swinford, should have his notes seized by police.

The ex-defence supremo said: “The reporter’s notepad would show that I didn’t say anything”.

But Downing Street revealed Mrs May does not consider the Huawei secrets leak a criminal offence, and instead “considers the matter closed”.

Instead, No10 aides say the PM fired Mr Williamson because she lost all trust in him.

Mrs May’s official spokesman said: “This is not about what was leaked, it’s about where it was leaked from, and maintaining the integrity of the National Security Council”.

The Cabinet Secretary also “does not judge it necessary” to refer the internal Government investigation to the police.

And Met Commissioner Cressida Dick also ruled out any formal probe unless the Cabinet Office officially refers the leak inquiry to her.

Cabinet members 'should […] shut up when they get outside'

The PM’s de facto deputy David Lidington defended her decision to MPs on Thursday, even going as far to suggest that Mr Williamson was such a liability that he no longer should be trusted with matters of war and peace.

Echoing Mr Williamson’s infamous comment that Russia should “go away and shut up”, Mr Lidington said Cabinet members “should speak with complete candour within the room, and shut up when they get outside”.

He added: “The PM would not have taken the decision that she did, were there not compelling evidence and no credible other explanation of what happened”.

The SNP raised the prospect of stripping Mr Williamson of his top CBE gong.

But Mr Lidington said the humiliating firing was punishment enough, and a government document carried by one of his aides was also photographed revealing there is no intention to strip the former minister of his honorary membership of the Privy Council either.

Mr Lidington told the Commons: “He has lost a job which he loved and to which he was utterly committed, and that should stand”.

Backbench Tories lined up to call for Mr Williamson to be given the chance to clear his name.

Former minister Sir Desmond Swayne fumed: “Natural justice demands that the evidence be produced so that his reputation can be salvaged or utterly destroyed”.

Tory MP Peter Bone warned the Government against “rushing to judgement” because of the possibility that the “kangaroo court had made a mistake”.

On the announcement’s timing, a former Cabinet minister told The Sun: “It leaves me to conclude nobody in No10 has any political nous left at all”.

A senior Tory figure added: “Getting the vote out today is key for us, and stuff like this doesn’t help.

“The incompetence and lack of basic political nous in No10 now is extraordinary.”

The former independent reviewer of terror legislation Lord Carlile dubbed it “repugnant” to hear people swear on their children’s lives, as Mr Williamson has done to protest his innocence.

most read in politics 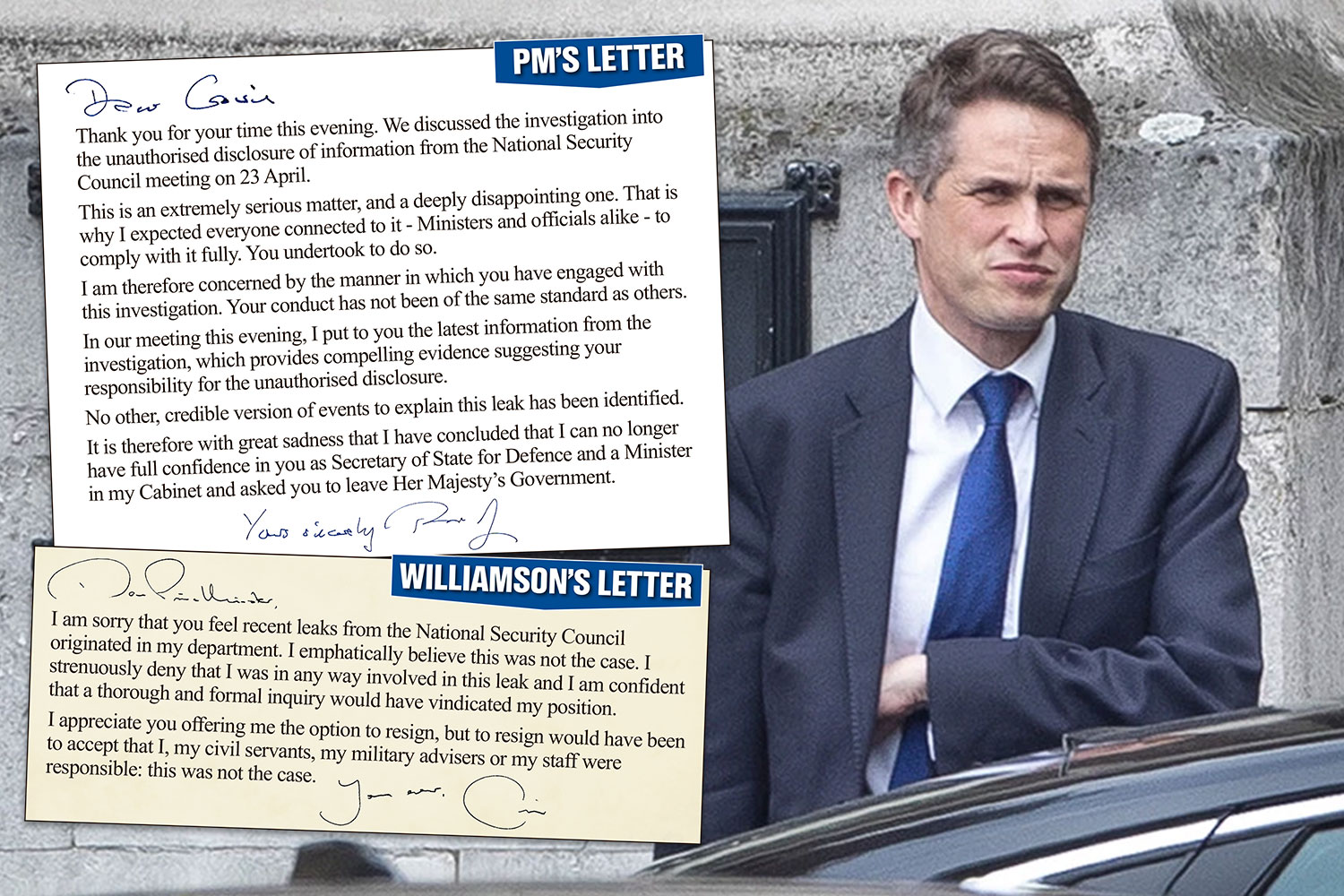 The peer told BBC Radio 5 Live “It’s not a very attractive form of oath, and would rarely cut ice in a court, frankly”.

Gavin Williamson once “scrawled an obscenity” about the Prime Minister on a letter sent from Downing Street, it was claimed last night.

Historian Sir Max Hastings said that the Defence Secretary’s own staff were shocked by his “crass” behaviour. 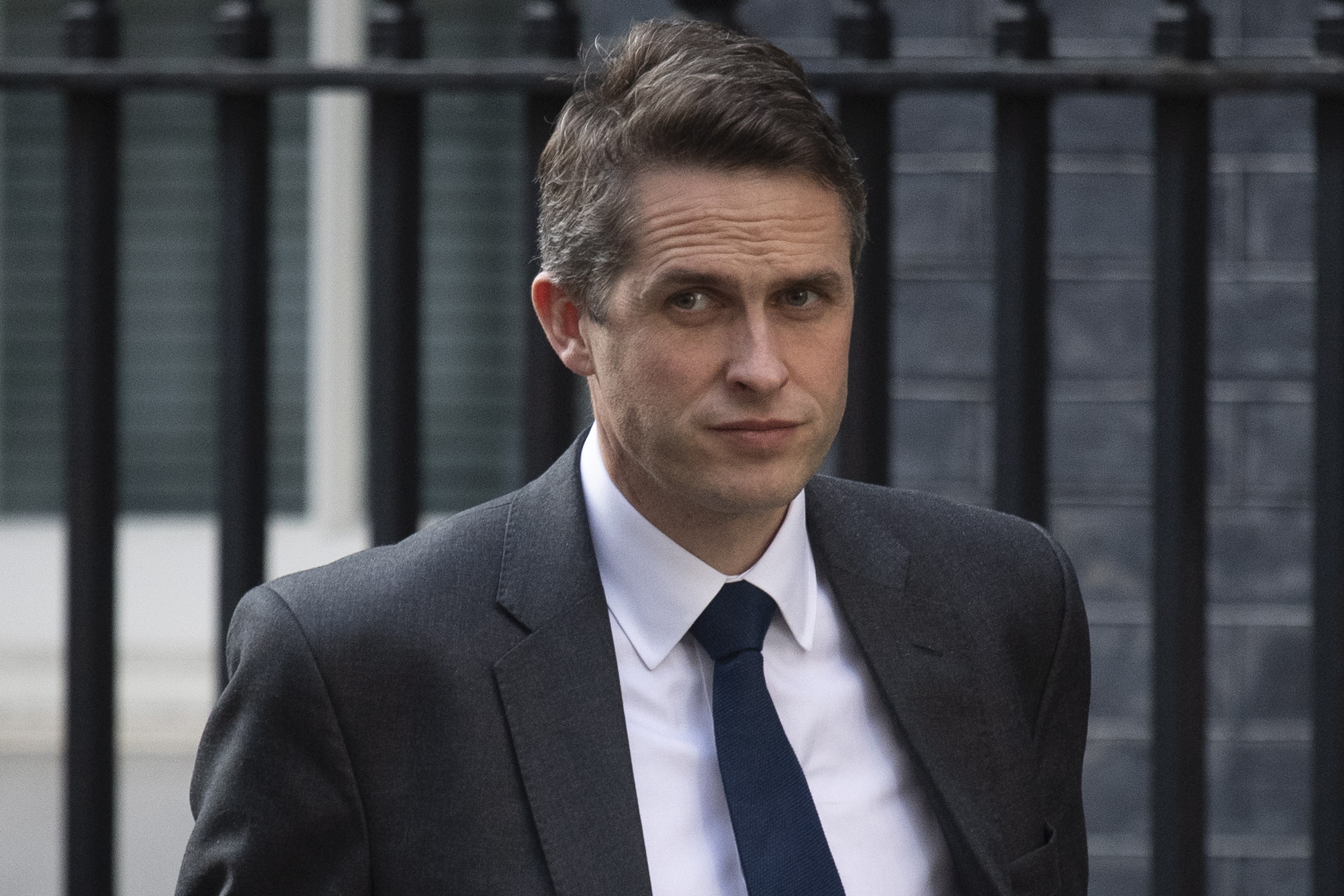 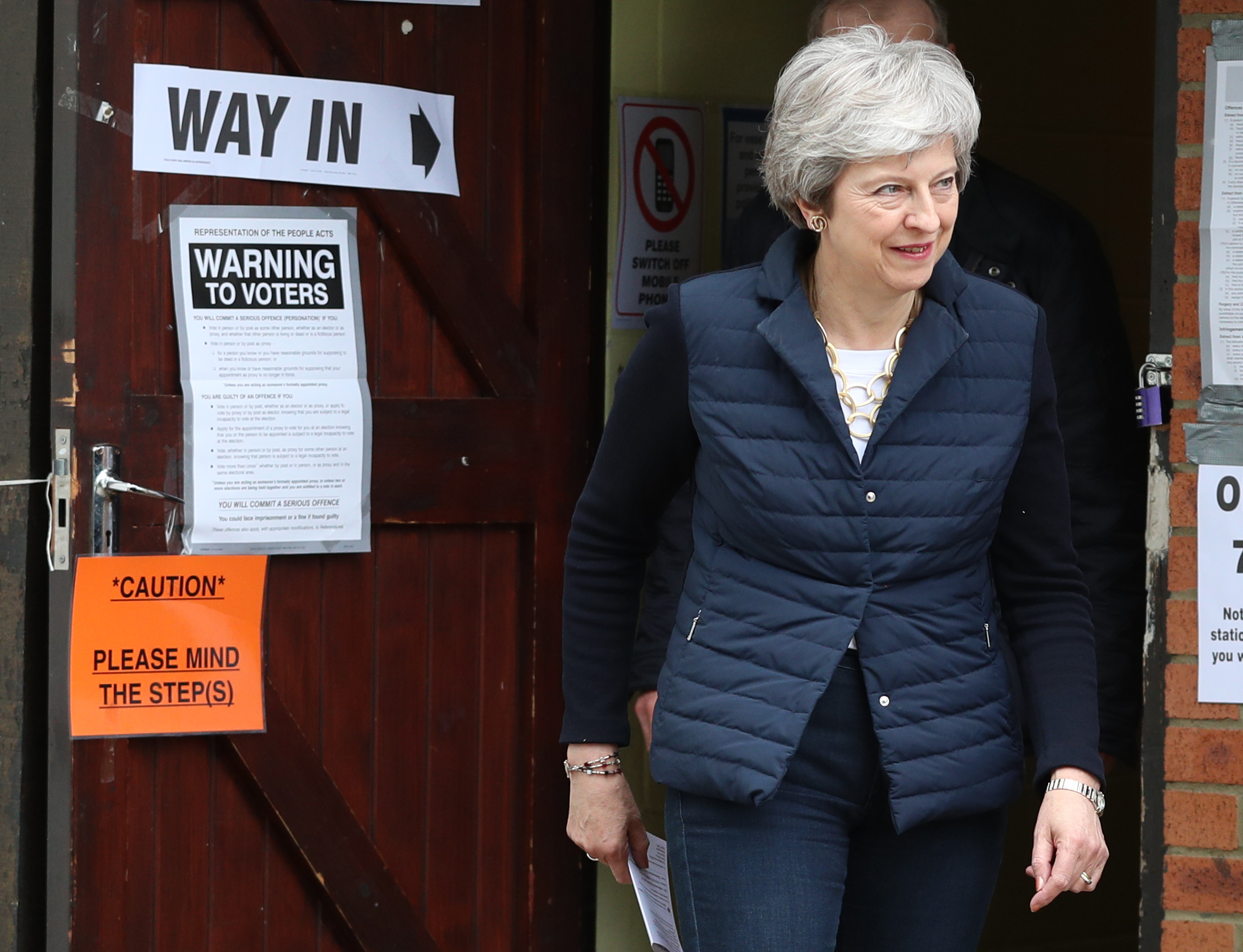