Georgia Toffolo at heliport with George Cottrell and Nigel Farage

EXCLUSIVE That’s one way to spend your winnings! Georgia Toffolo arrives at London heliport with banker ex George Cottrell and his former boss Nigel Farage after she won £37,500 from a £5,000 bet at Cheltenham

Georgia Toffolo has been pictured arriving at Battersea Heliport with Nigel Farage and her aristocratic ex-boyfriend George Cottrell after spending the week at Cheltenham races.

The couple’s private helicopter landed at 8.30pm on Saturday night after the reality TV star had been covering the festival for ITV Racing all week.

They were joined on the flight by the former Brexit party leader Nigel Farage, for whom George Cottrell worked for him as an aide, when the pair were involved in the UKIP party.

The TV star was said to have previously split up with financier George but the pair were pictured flying with Mr Farage this weekend.

George, who once called himself ‘the bad boy of Brexit’, was jailed in the US for wire fraud in connection with a drugs and money laundering investigation.

In July 2016, Cottrell was arrested while he was with Mr Farage at Chicago’s O’Hare airport after the pair had attended the Republican National Convention, where they reportedly met Donald Trump’s aides.

Mr Farage later said that he did not know about his background. 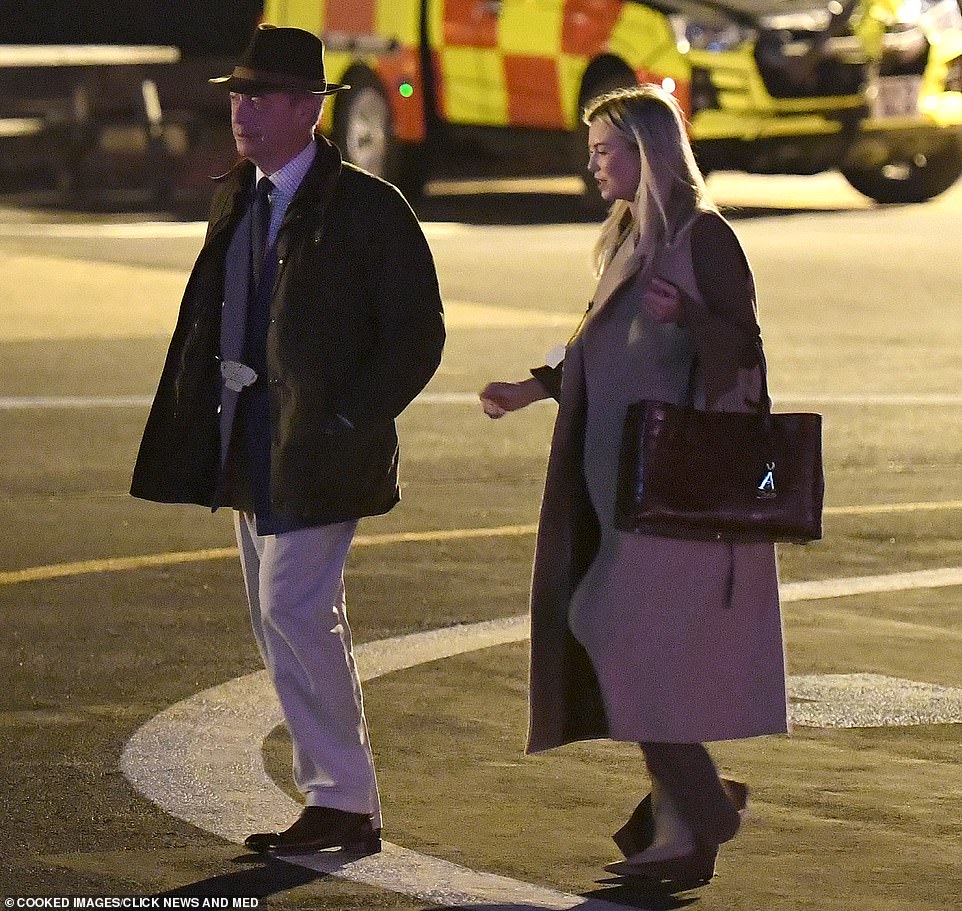 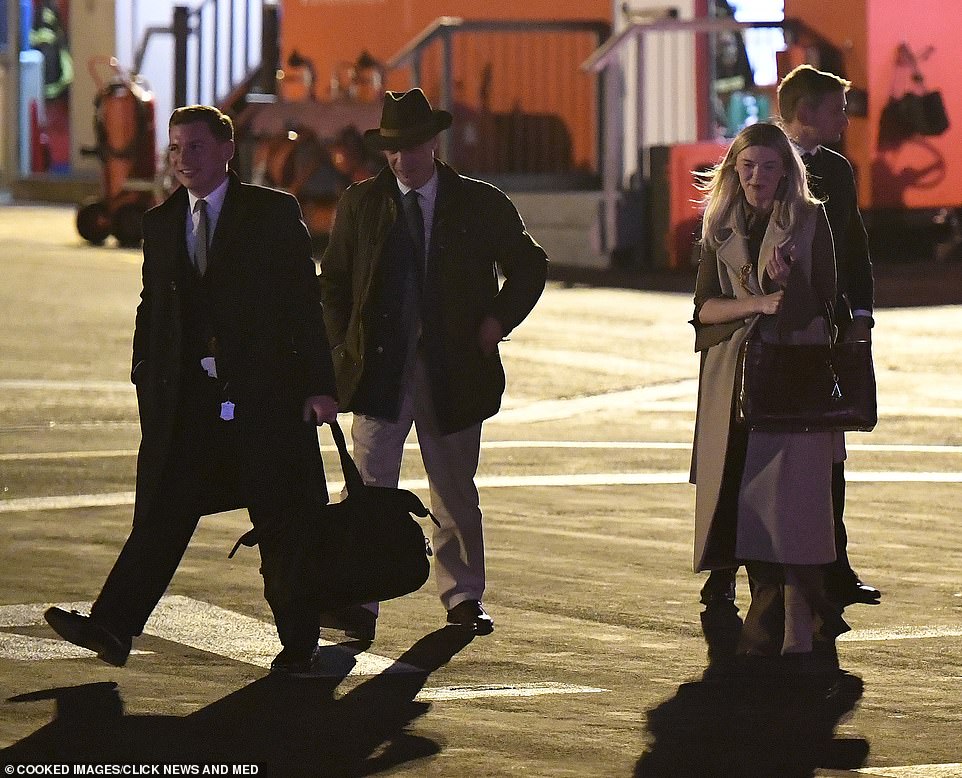 Trio arrived at Battersea Heliport (pictured) at about 8.30pm on Saturday night after Cheltenham Festival finished on Friday 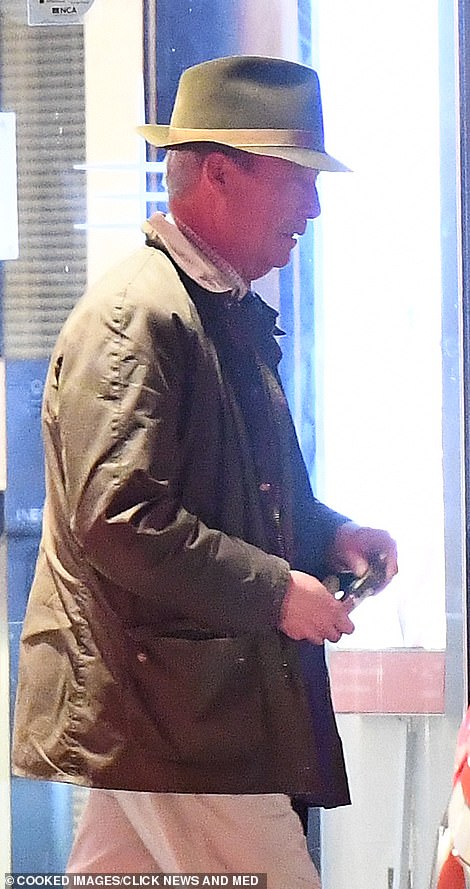 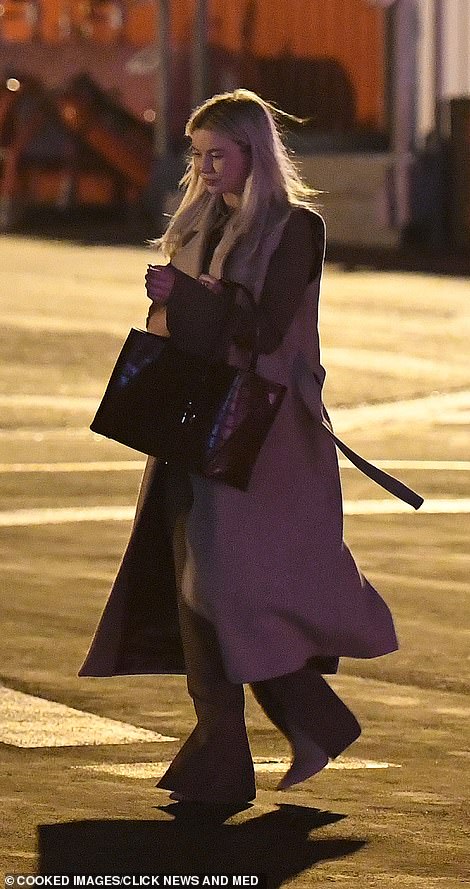 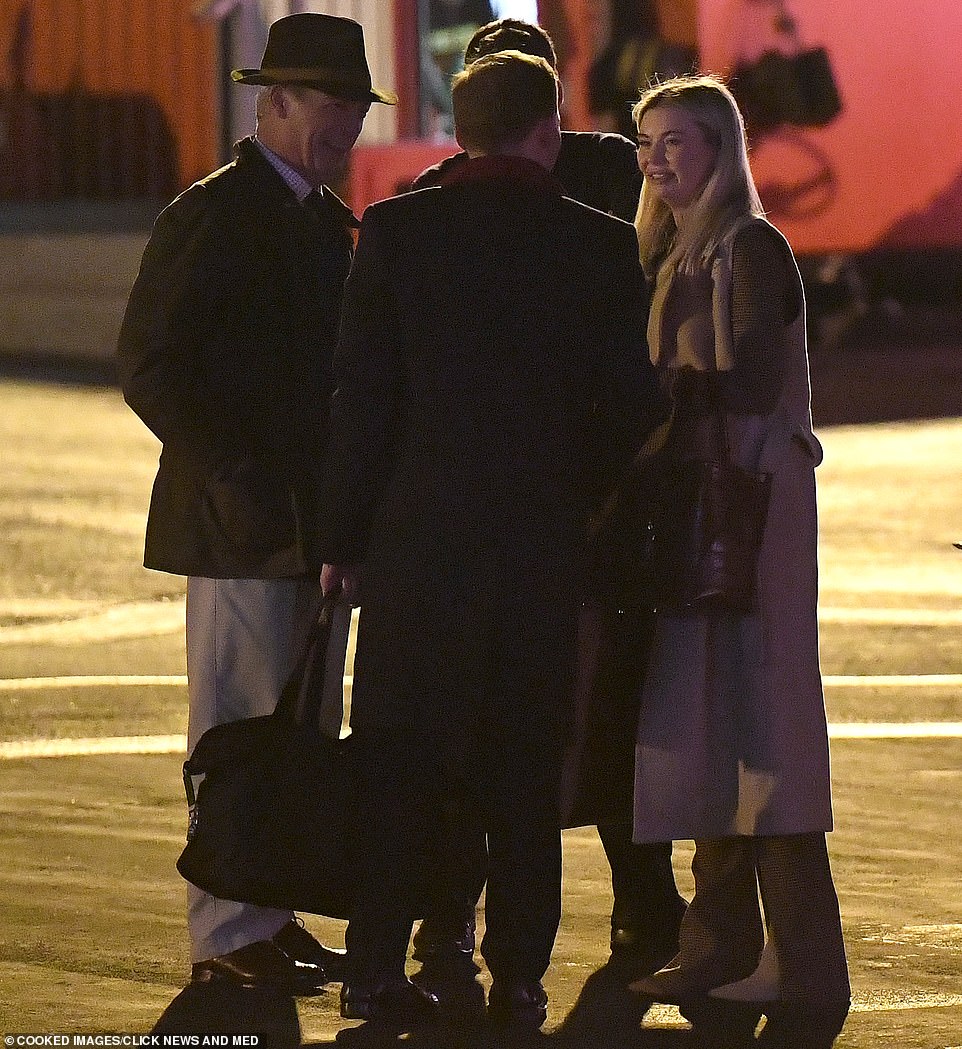 Mr Cottrell, who is reportedly worth £300million, spent eight months in a US jail.

Before his arrest, he allegedly played a key role in the 2016 EU referendum, running Mr Farage’s private office and handling all media enquiries for the pro-Brexit politician.

The trio are thought to be good acquaintances and were pictured dining out at upmarket London restaurant Boisdale last year.

It comes after the former Made In Chelsea star had a successful week at Cheltenham after winning £37,500 on Wednesday.

The 27-year-old – known as Toff – told fans in an excitable social media post how she had ‘beginners luck’ after betting £5,000 on the opening run.

She then promised to make ‘generous donations’ to the British Red Cross and The Disasters Emergency Committee after winning the huge sum.

Sharing a picture of her ticket she wrote: ‘OH MY GOD beginners luck. Bloody hell can’t believe it. Generous donation incoming to both the @BritishRedCross and @decappeal.’ 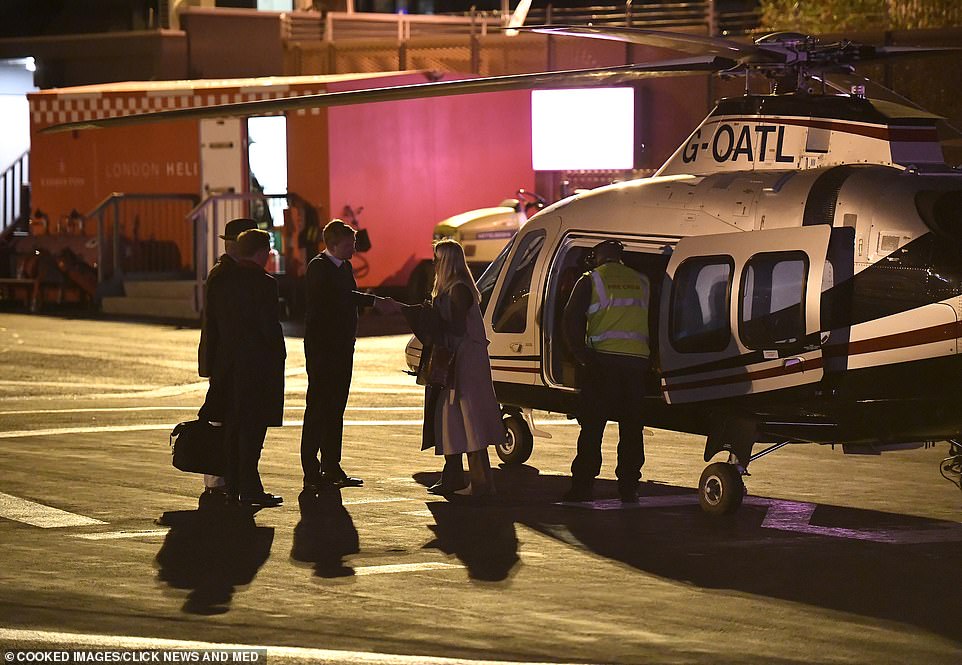 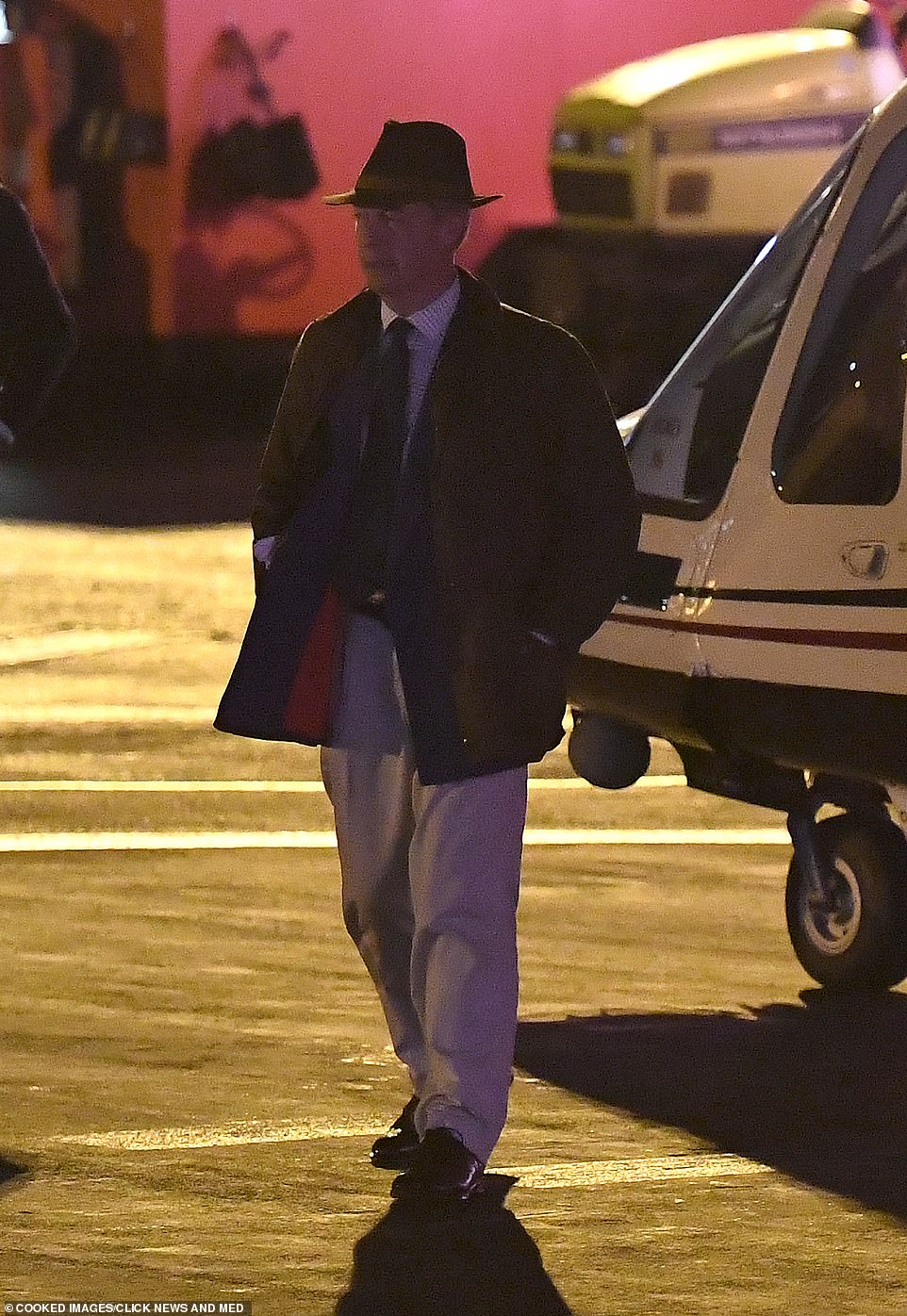 Pictured: Nigel Farage worked with George Cottrell during their time with the UKIP party in the lead up to the referendum 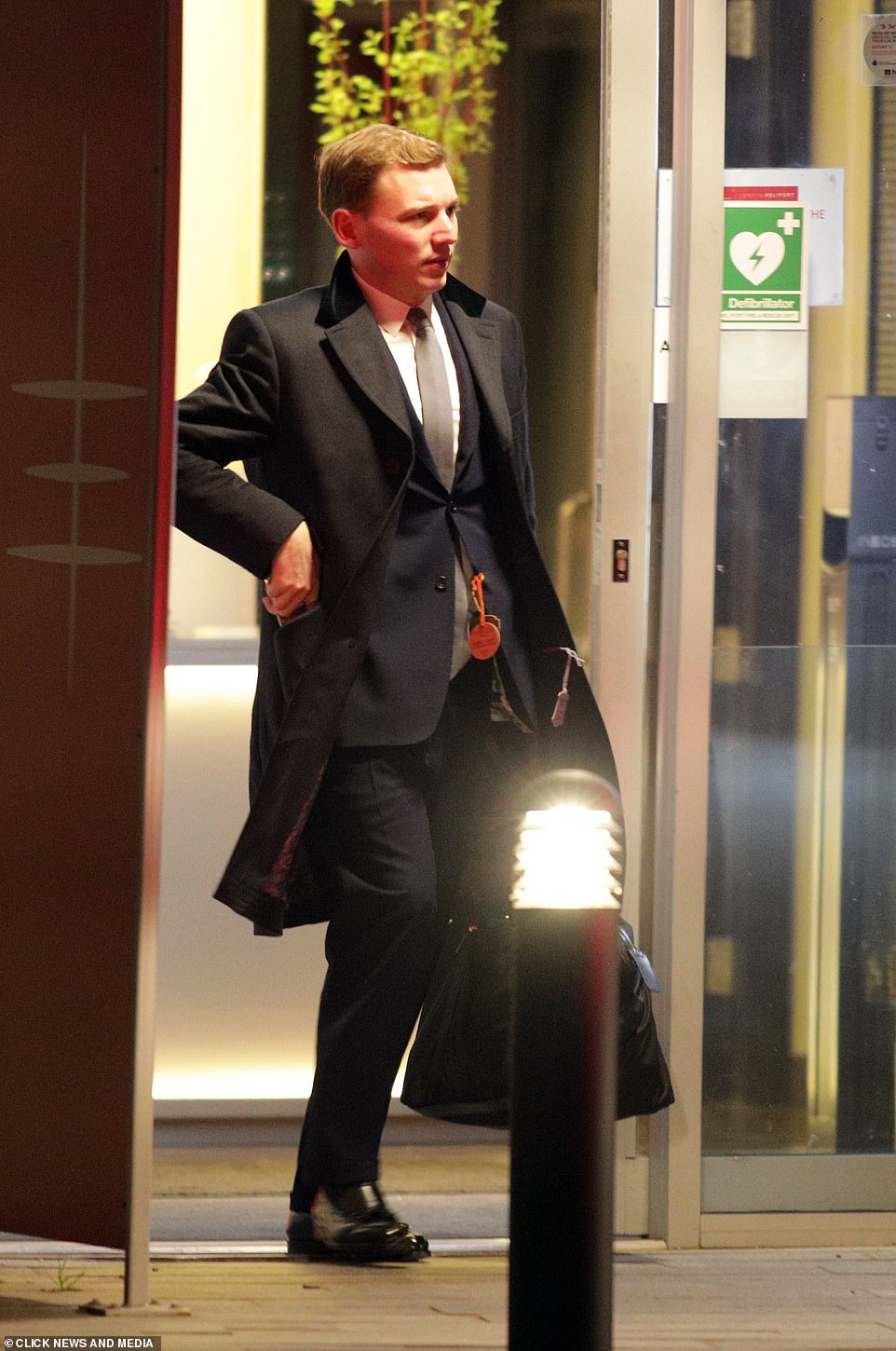 Pictured: George Cottrell arrived in London on a helicopter which landed at Battersea Heliport on Saturday night

She was later forced to clarify her comment after some questioned whether it really was beginner’s luck and added that she meant it was the first bet of the festival and not her first bet.

Ms Toffolo has spoken in the past at her frustration over reactions to her political friends who she sees ‘out and about’.

She told the Metro: ‘I get frustrated because apparently, you can’t be young and blonde with a few hair extensions, and bump into a politician in a restaurant and want to actively go over and say hello and say “I don’t agree with you’ or ‘what you did was fab”. If I were a middle-aged, white middle-class man, it wouldn’t be a focal point of interest.

‘My favourite Twitter friend is [deputy Labour leader] Angela Rayner. We might be on different ends of the political spectrum but, of course [sarcastically], I couldn’t have a friend who’s left-wing…’

The 27-year-old shared a video of her in the helicopter with her Instagram followers, adding: ‘What a week. Why does it go so quickly? Countdown to the festival 2023 starts now.’