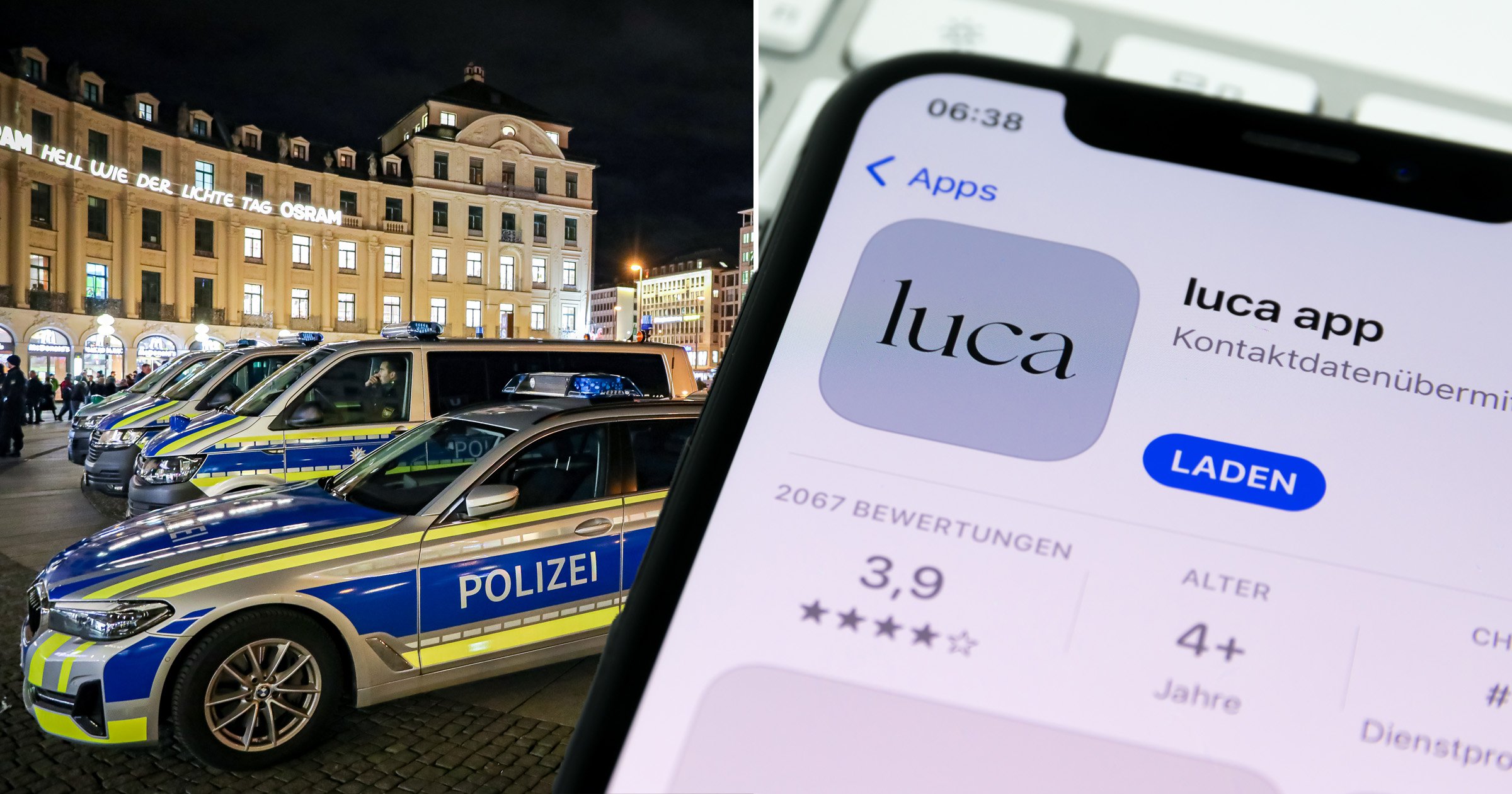 German police are being investigated for using Covid-tracking data as part of a probe into a death.

A man died after he fell while leaving a restaurant in the western city of Mainz last November.

Officers were looking for witnesses so they obtained information from the app Luca – which people use to track what hospitality venues they went to so they know when they may have been exposed to coronavirus.

Luca registers how much time users spend at a place, their full name, their phone number and home address.

More than 40 million Germans have signed up to the app which promises ‘encrypted, secure and responsible data transmission’.

Indeed, Germany’s businesses operate under the same General Data Protection Regulation (GDPR) laws that the rest of the EU does.

The country actually added additional, stricter laws to its own version in 2017 – called the Bundesdatenschutzgesetz (BDSG) which translates to German Federal Data Protection Act.

Generally, organisations and companies are not allowed to share anyone’s personal data with third parties.

But having a good reason – such as cooperating with a police investigation – may fall under the exception of sharing data on a ‘lawful basis’.

Senior Greens politician Konstantin von Notz, part of Germany’s government coalition, said on Tuesday: ‘We must not allow faith in digital apps, which are an important tool in the fight against Covid-19, to disappear.’

There has been so much backlash that prosecutors apologised to the people whose information they tracked.

The country’s data protection authority has also opened an inquiry into whether that data was shared and used ethically.

It comes as anti-lockdown protests took over several of Germany’s cities earlier this week once again.

Police officers in riot gear pepper-sprayed lines of demonstrators as they attempted to make their way down the street in the northern port city of Rostock.

Mr Scholz has now made it mandatory for people to show proof of a negative test result or booster jab in order to go to restaurants and bars.

This is an addition to the already-existing requirement for customers to show proof of vaccination.

On top of this, German politicians are debating whether to make vaccinations mandatory.

Almost 72% of Germans are currently considered ‘fully vaccinated,’ while 42.3 % have had their booster shots.