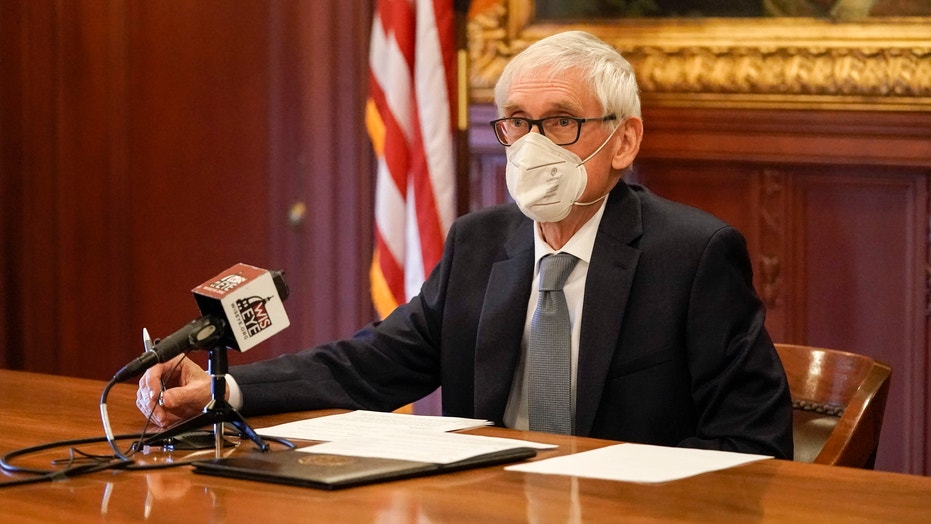 Their second Christmas wish fared no better than their first.

Two Wisconsin Republican lawmakers who put up an artificial Christmas tree in the state's Capitol Rotunda on Tuesday, just hours after a first tree was removed, found it had vanished on Wednesday morning.

The earlier attempt had been thwarted by Democratic Gov. Tony Evers, who said no permit had been provided for the display and that the coronavirus pandemic had closed the building to the public.

Reps. Paul Tittl and Shae Sortwell had requested to put up a "historical display" on the rotunda's ground floor, but their motion was swiftly denied by Evers.

An appeal was also shot down on Thursday by Capitol Police Chief David Erwin, who said that the Department of Administration did not have the authority to approve displays on the ground floor of the Capitol. 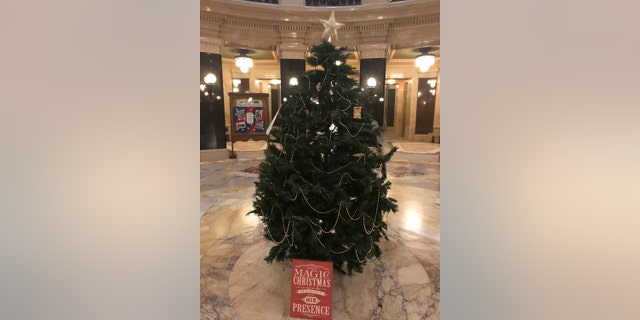 In this Dec. 7, 2020 file photo, an artificial Christmas tree that two Republican lawmakers set up stands in the Wisconsin Capitol rotunda in Madison, Wis. The tree was removed Tuesday, Dec. 15, 2020, because the lawmakers did not have a permit and they refused to move it to an area where it could be displayed. (AP Photo/Todd Richmond, File)

Traditionally, in a year without a pandemic, the Capitol's tree draws visitors from around the state during the holiday season.

Evers has insisted on referring to that tree as a "holiday tree," citing inclusivity.

In a letter explaining why their first had been removed, the Department of Administration's Assistant Deputy Secretary Olivia Hwang suggested that the lawmakers reach out to Rep. Amy Loudenbeck. Loudenbeck, also a Republican, had received a permit to erect an artificial Christmas tree on the first floor.

When Tittl and Sortwell found out that their festive addition would be removed from the Capitol's ground floor, they acted quickly — applying for a permit with both Loudenbeck and the administration.

Then, they set up a second tree on Facebook Live.

The lawmakers called the act a peaceful protest of Evers' administration, pointing to their First Amendment rights.

The artificial tree, they argued, does not cost anything.

The ornaments on the fake evergreen were sent in from all over the country and Tittl plans to donate extra ornaments to nursing homes in his district, according to Channel 3000.

"It doesn’t hurt anything," he said in an interview with The Associated Press. "It’s not using any resources. It doesn’t have to be watered. Kids from all over the country have sent us ornaments to put on the tree."

The next morning, though, the second tree was gone.

"Last night they took our tree down again, with ornaments and all," Tittle posted to his Facebook page.

In a second live video, Tittl called on those following the story to call the governor's office.

"I just think it's so important," he said.