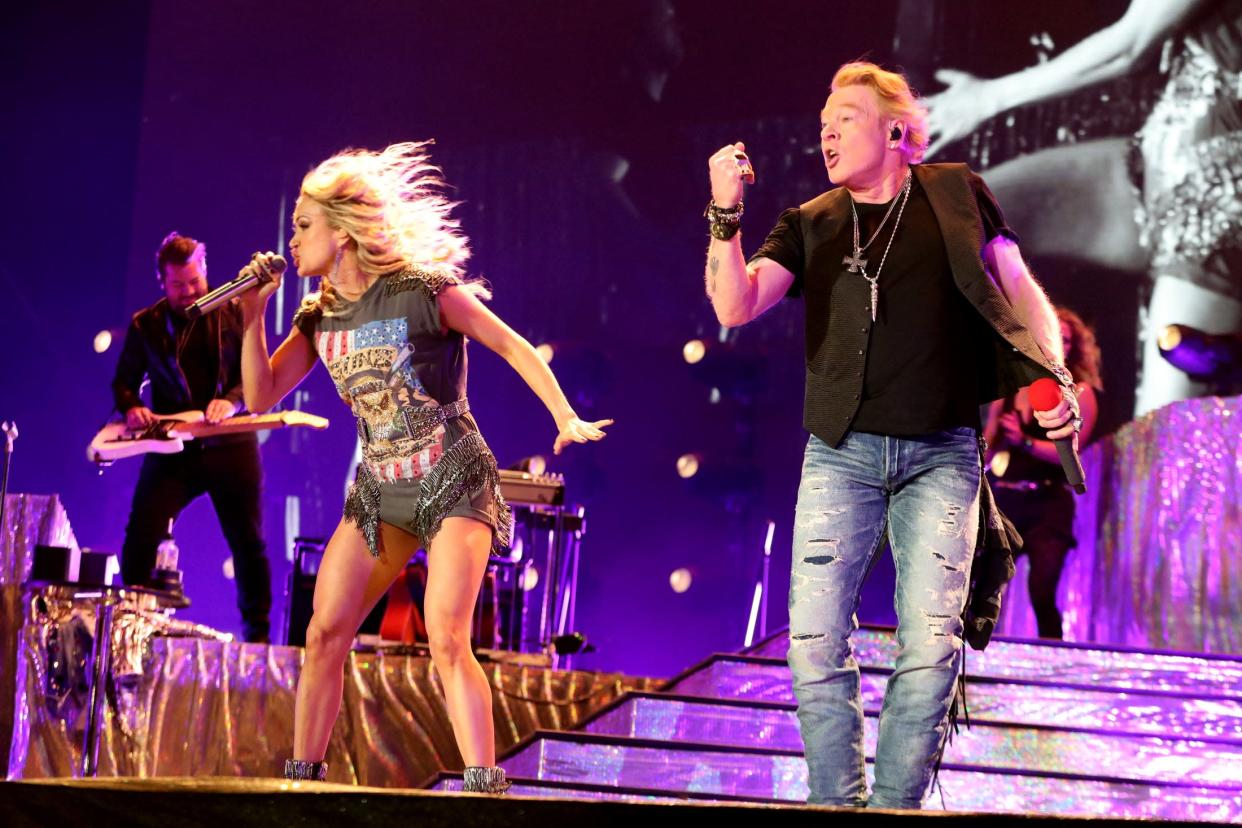 INDIO, Calif. – County superstar Carrie Underwood is no stranger to the Stagecoach country music festival Mane Stage, and she had a warm homecoming on Saturday night.

Underwood came out packing a punch with fireworks firing off as she sang “Last Name” off her 2007 sophomore album "Carnival Ride." The crowd went wild for the singer, who wore a jean jacket with rhinestones, jean shorts and a shiny red top. She immediately showed off her powerhouse vocals, dazzling the crowd and letting them know the fun was only beginning.

Once she moved into “Undo It,” fans everywhere chimed in on the chorus. She even instructed the thousands gathered at the Mane Stage to repeat lines after her. Hearing her fans sing put an infectious smile on her face. 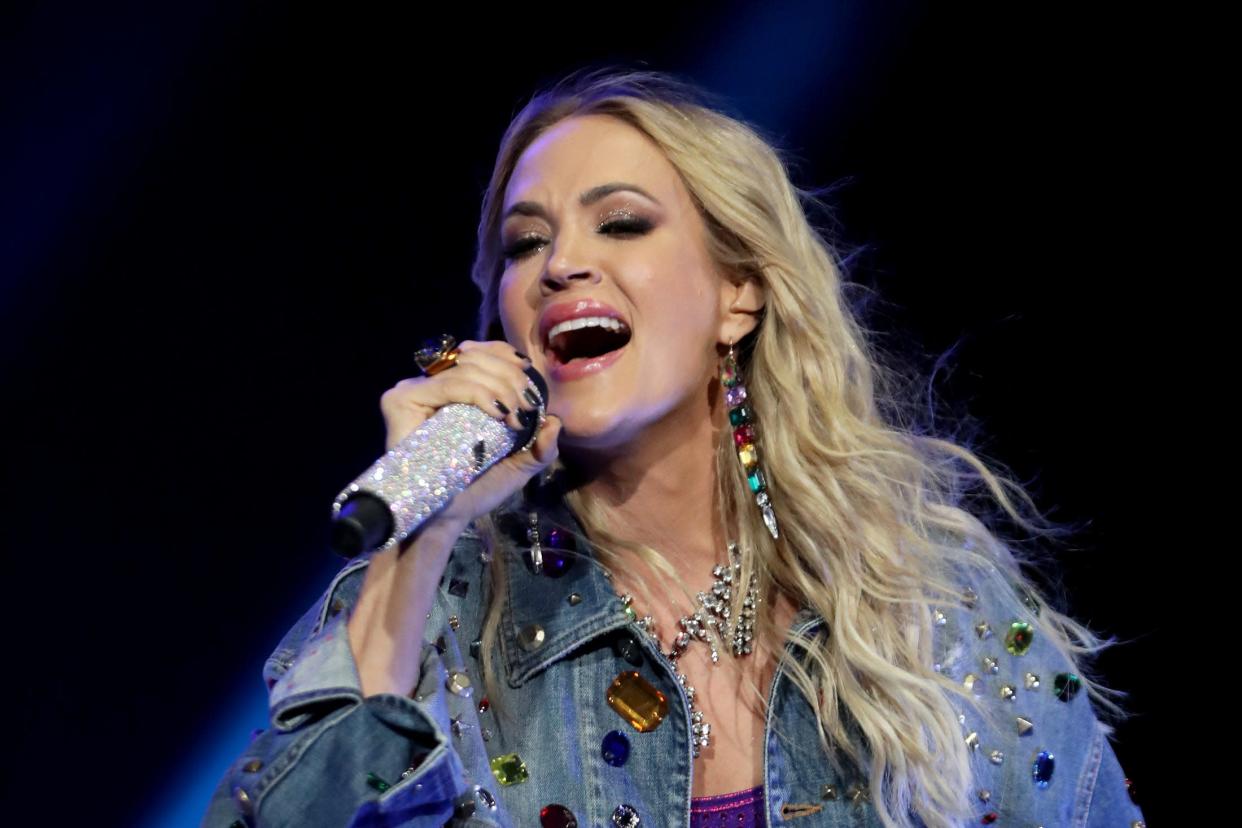 It was clear that Underwood was glad to be back at Stagecoach, which she was initially going to headline back in 2020, but the festival was canceled by COVID-19. She previously headlined Stagecoach in 2016.

“It took us two years to get right here, and if there’s one thing I learned during that time, it’s that we know not what tomorrow holds,” Underwood said. “Don’t you waste” today, she told fans.

She later paid tribute to loved ones lost by people in the crowd by singing “See You Again.” A sea of cellphone flashlights lit up the Empire Polo Club fields.

The Saturday night performance quickly turned into Underwood's self-professed “greatest night of my life” when Guns N' Roses frontman Axl Rose came out to sing “Sweet Child O’ Mine” with the headliner. The two legends danced all over the stage and got the crowd even more excited. They later sang another one of the rock band’s hits, “Paradise City.”

'A rave, but crazier': Here's how Diplo plans to close out Stagecoach Festival 2022 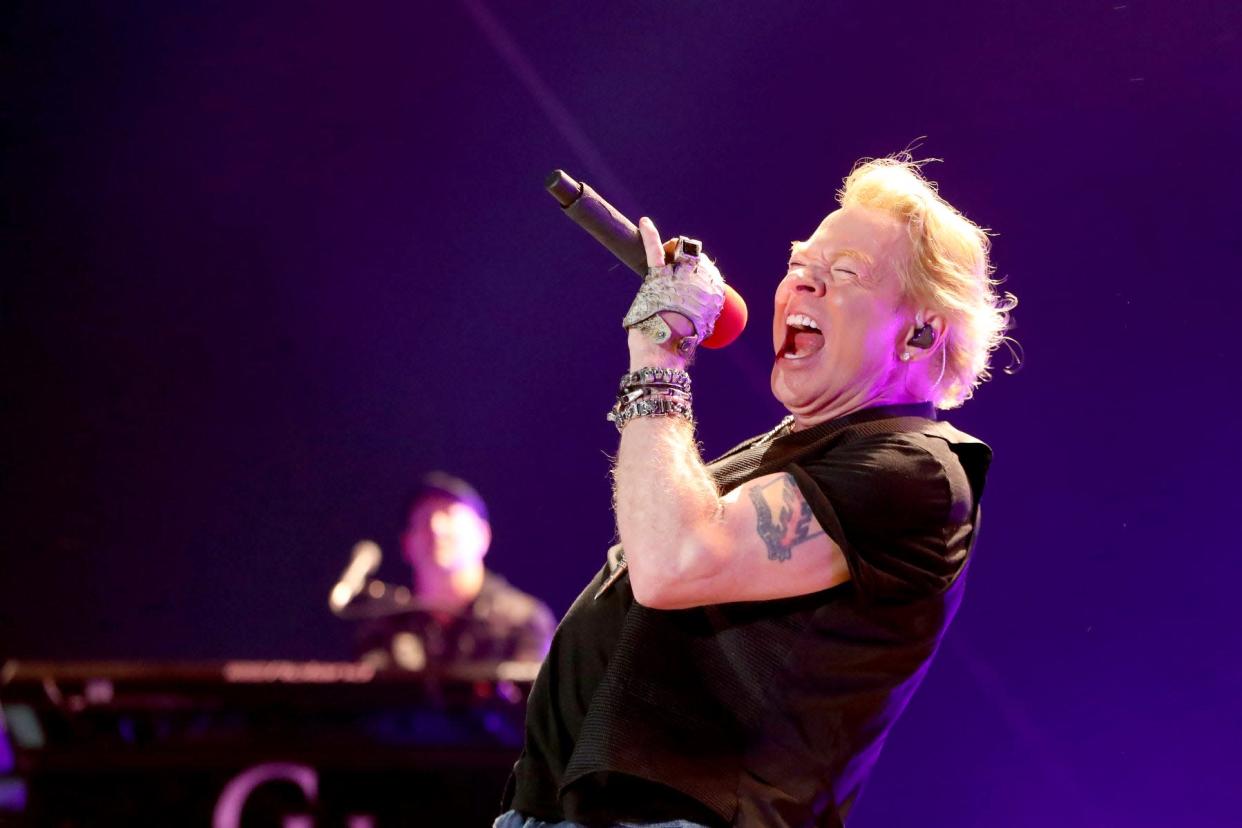 Underwood has come a long way since she won the fourth season of "American Idol" in 2005. Her debut album, "Some Hearts," became the best-selling solo female debut album in country music history. She revisited the album on Saturday, belting out “Jesus, Take the Wheel” with a choir.

This is motherhoode: Carrie Underwood says her toddler son thinks she's a 70-year-old whose job is doing laundry 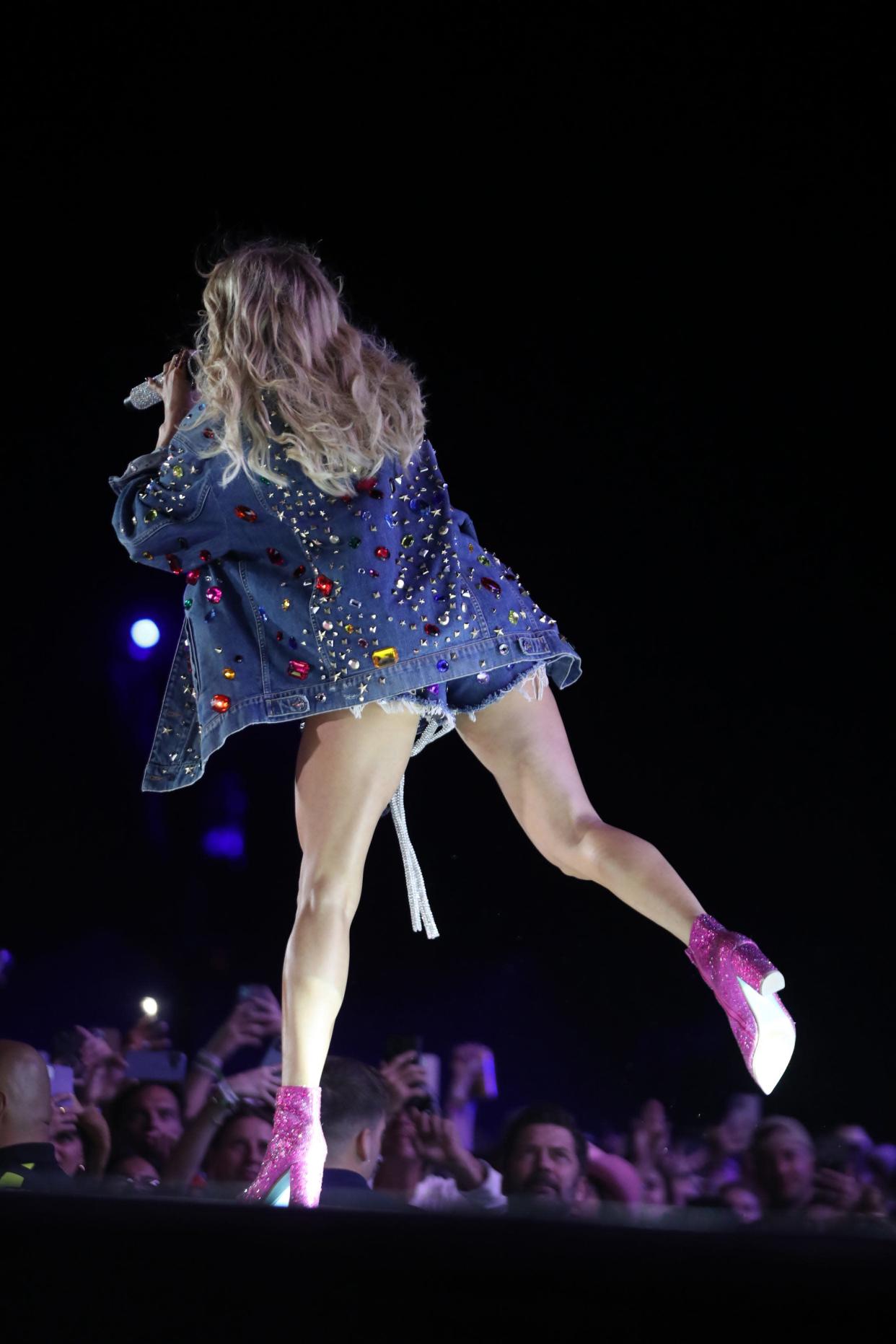 She sang hit after hit on the Mane Stage, including “Cowboy Casanova,” “Good Girl” and “Wasted,” and they all got people dancing and singing along.

Underwood is gearing up for the release of "Denim & Rhinestones," her newest album, on June 10. She performed the title track from the album, which lets her show off her vocal range and still has a fun danceable beat to it. She also performed “Ghost Story” from the album.

She later switched to a white top and white shorts with silver metallic frills paired with stylish pink cowboy boots. During “Church Bells,” her microphone momentarily cut out, and she picked up a second before the first one started working again. Underwood didn’t let the situation set her back, though, proving how poised of a singer she is.

“Is this thing on?” she joked afterward.

Underwood performed her duet with Jason Aldean, “If I Didn’t Love You,” though Aldean only appeared on a pre-recorded video.

The perfect ending to her set came with the long-awaited performance of “Before He Cheats.” The singer rose to the stage and strutted her stuff to her multi-platinum hit. Even when Underwood wasn't singing, the fans loudly carried the song, and fireworks went off to close a triumphant second headlining performance.