BRITISH health chiefs say they are “as certain as ever” that vaping is less harmful than smoking – as it is linked to 34 deaths in the US.

The American Center for Disease Control is probing 1,604 cases of serious lung disease associated with vaping across 49 states. 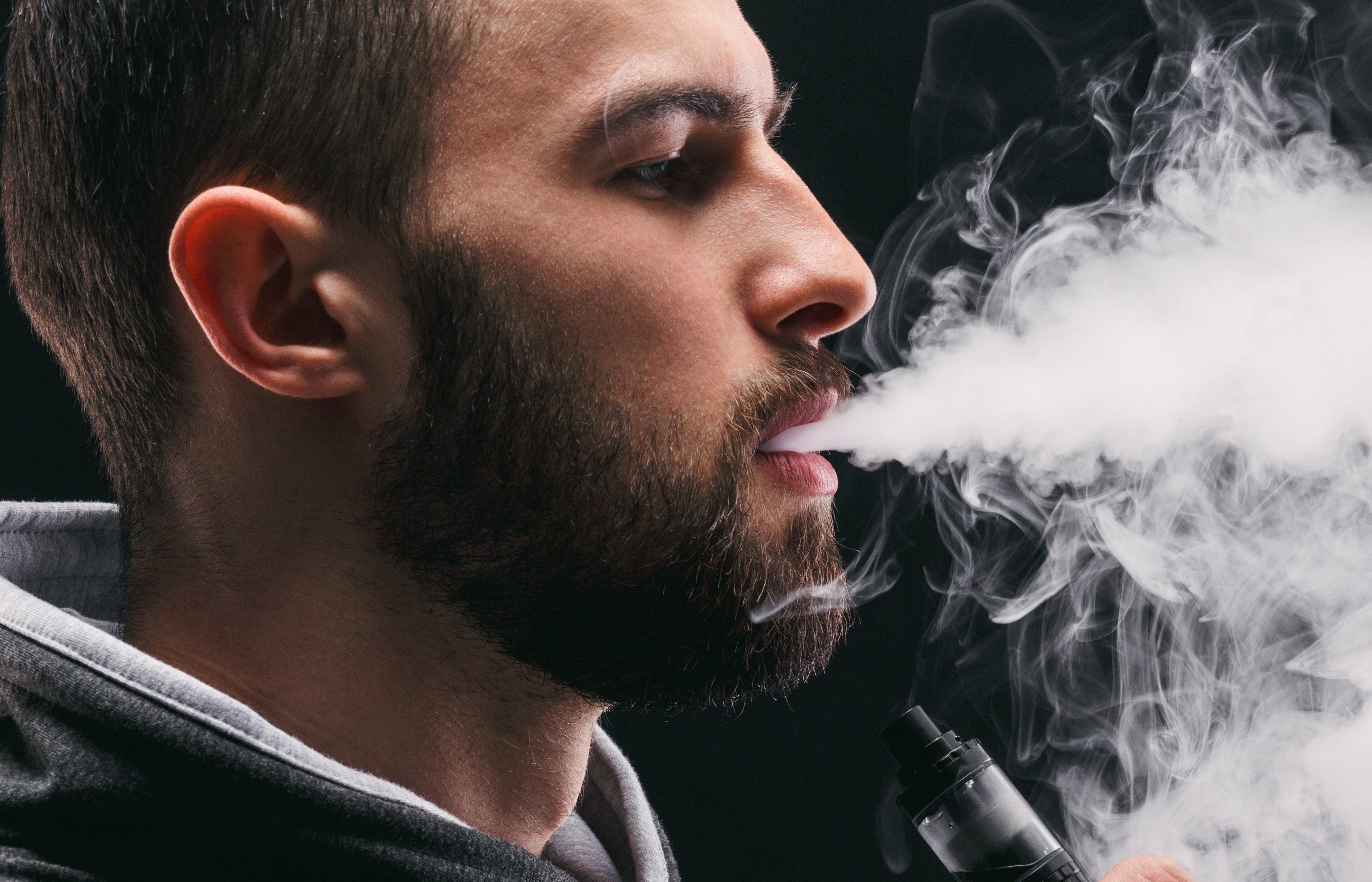 The first case was reported at the end of March but authorities have still not identified the chemicals that are causing the illness.

It also remains unclear if all cases are the same kind of injury.

But Prof John Newton, of Public Health England, said: “We are as certain as ever that e-cigarettes are far less harmful than smoking.”

The outbreak does not appear to be linked to long-term use of nicotine e-cigs, which have been used in the US for over ten years.

Officials there instead believe illicit products containing THC – the psychoactive component of cannabis – are to blame.

PHE said it is possible similar items are being sold in the UK and stressed users should buy from reputable sources.

Some users have been diagnosed with lipoid pneumonia, after fats from vaping oils were found in their lungs.

'WE'RE CERTAIN AS EVER'

Several US states have banned the use of flavourings in e-cigs and have called for urgent action following the deaths.

Dr Dana Meaney-Delman, from the CDC, said: “We’ve narrowed this clearly to THC-containing products that are associated with most patients who are experiencing lung injury.

“The specific substance or substances we have not identified yet”. Vaping has been linked to 200 health problems in the UK over the last five years, including pneumonia and heart disorders.

PHE has previously claimed e-cigs are 95 per cent safer than fags.

Prof Newton, director of health improvement at PHE, said: “PHE has not changed its advice on nicotine containing e-cigarettes.

“Smokers should consider switching completely and vapers should stop smoking.

“We are as certain as ever that e-cigarettes are far less harmful than smoking, which kills almost 220 people in England every day. 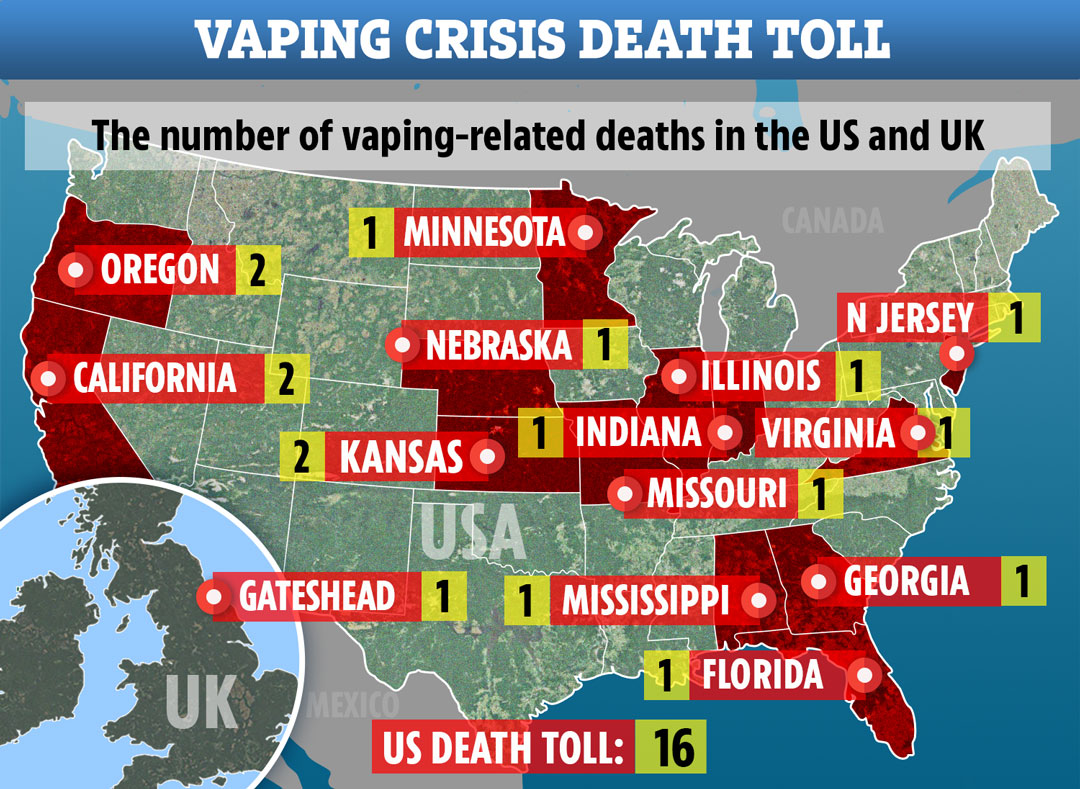 “Our concern is that the responses we have seen to the problem in the US and in other countries may increase the already widespread misunderstanding about the relative safety of nicotine e-cigarettes, deterring smokers from switching and risk driving vapers who have switched back to smoking.

“There is a real risk therefore that such a reaction will mean people continue to smoke, which will undoubtedly put lives at risk.”

There are 5.9million smokers and 3.6million vapers in the UK. Up to 70,000 smokers a year are quitting thanks to vaping. 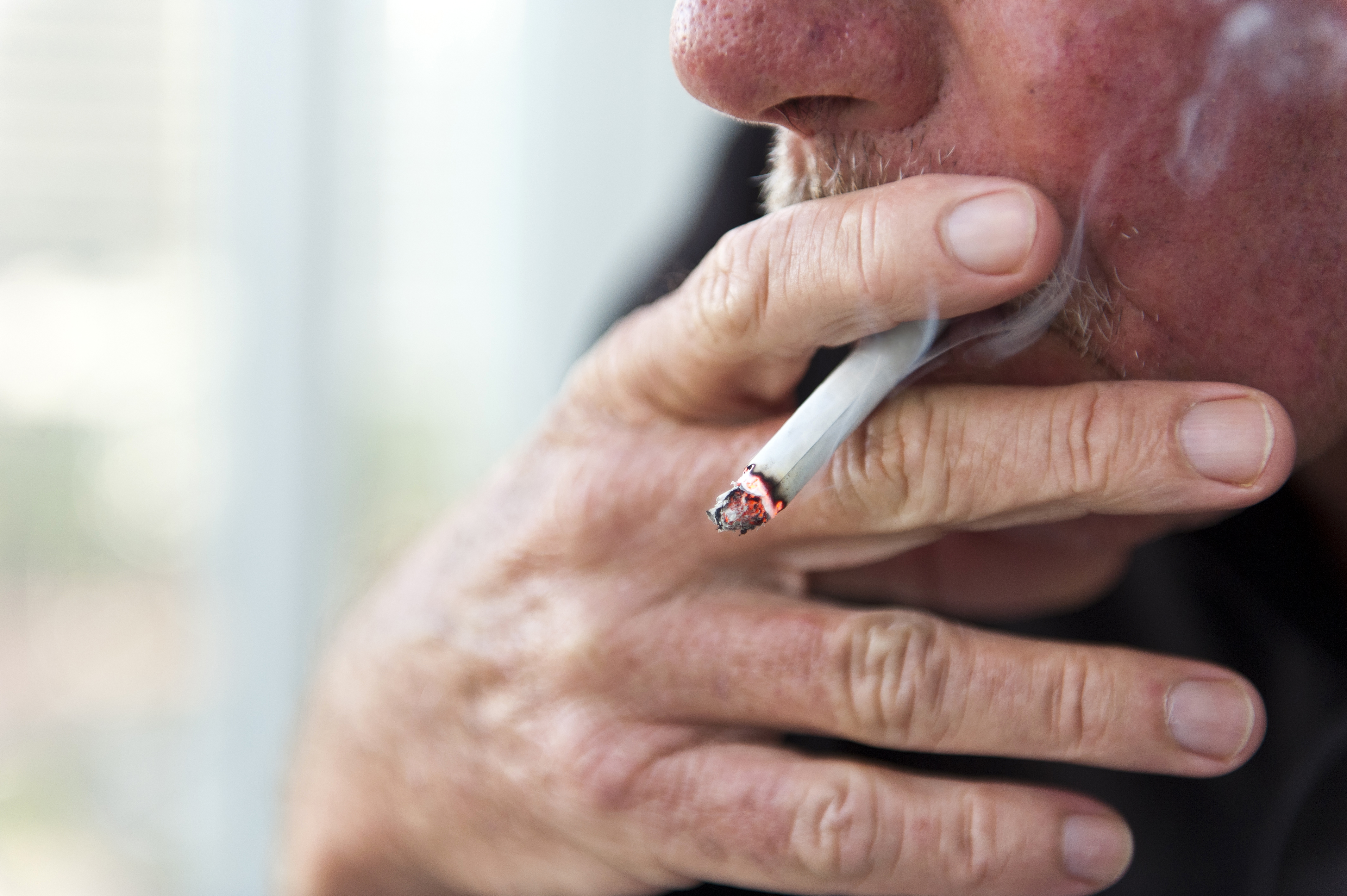