Sheer class! Mother and daughter hail PC who rushed them to Ed Sheeran concert just in time after their hire car broke down following 4,000-mile trip from their Florida home

A mother and daughter who travelled 4,000 miles from the USA to see Ed Sheeran have praised a kind-hearted PC who made it his mission to get the pair to the concert on time after their hire car broke down.

Denise Buie and her daughter Alyssa Midence flew from their Florida home last week as part of a 10-day trip to celebrate the 22-year-old’s graduation.

They had tickets to see the global superstar’s show at the Stadium of Light in Tyne and Wear on Friday – but they nearly missed the concert entirely when their hire car broke down near the city’s Northern Spire Bridge. 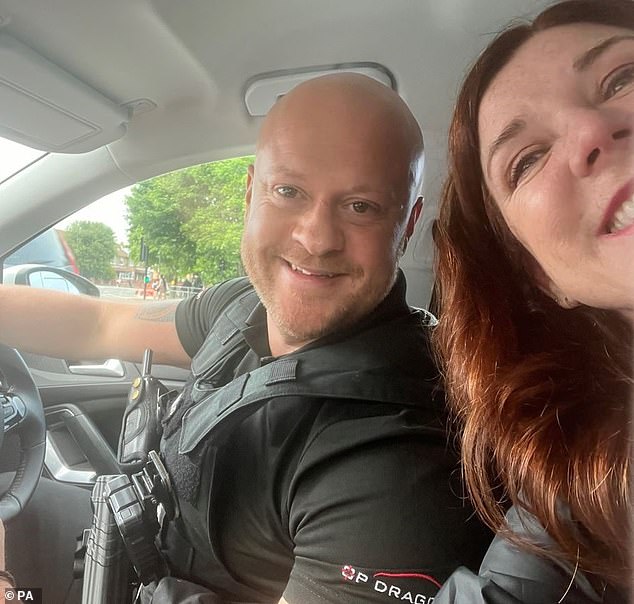 PC Andy Jackson (left) pictured escorting Ms Buie (right) and her daughter to the Ed Sheeran concert at the Stadium of Light in Tyne and Wear. PC Jackson successfully rushed the duo to the superstar’s show when their hire car broke down

With traffic building up, Northumbria Police motor patrols officer Police Constable Andy Jackson helped move the vehicle off the road while they waited for a recovery vehicle.

Two hours later, PC Jackson was driving back and saw the duo still waiting in their car at the side of the road – with little hope of a recovery vehicle turning up.

He pulled over and spoke to the distraught women, who had already accepted that they will be missing the concert, with Ed Sheeran due on stage any moment. 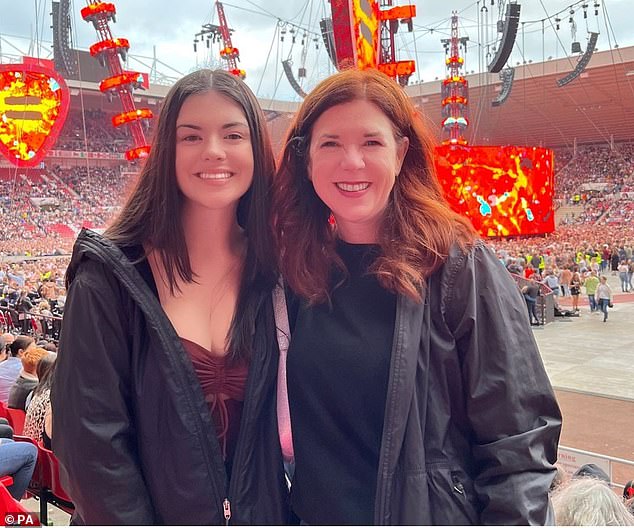 Alyssa Midence and her mother Denise Buie at the nearly missed Ed Sheeran gig at the Stadium of Light. The mother and daughter have dubbed PC Jackson their ‘superhero’ and have praised his kindness 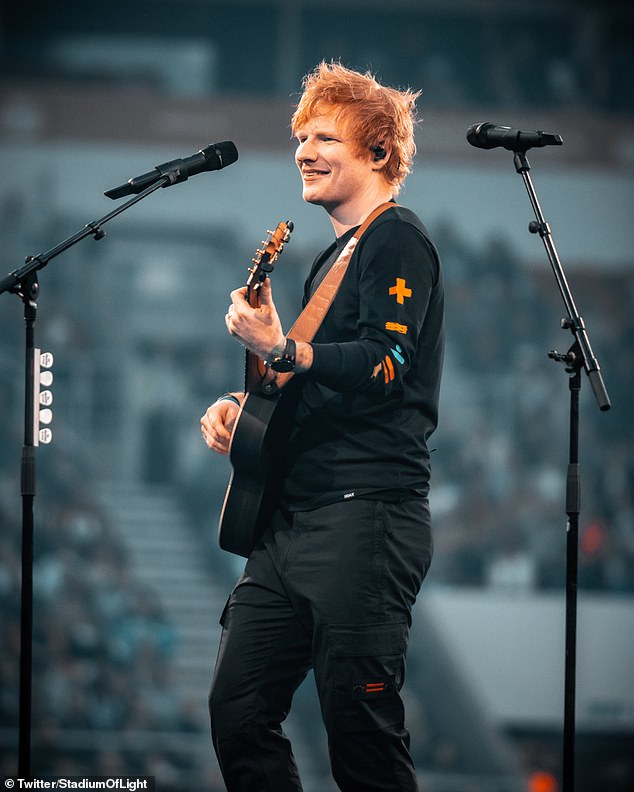 Ms Buie and her daughter had travelled 4,000 miles from their Florida home to see Ed Sheeran. This was part of a 10-day trip to celebrate celebrate Ms Midence’s graduation

In a bid to salvage their trip, PC Jackson contacted the recovery firm to let them know the key for the car would be left at Southwick police station to collect and escorted the tearful women right to the venue himself.

She said: ‘We are truly grateful that he went the extra mile – and that he helped save Alyssa’s graduation celebration.

‘It was a really distressing time, having travelled all that way on our first visit to England. So to be met with such generosity and compassion is something that we’ll never forget.’

PC Jackson added: ‘I was just pleased to help. After seeing how upset they both were, and given they travelled halfway across the world for it, I was more than happy to quickly hatch a plan and make sure they got to see Ed, before continuing with my shift.

‘I’m pleased that they had a good time and hope they got home safe.’