High School student killed himself six hours after falling victim to online sextortion plot: Teen, 17, paid $300 to blackmailers who threatened to release a naked picture of him after tricking him

A 17-year-old Michigan high school student killed himself six hours after blackmailers threatened to release a naked picture of him in a case of ‘sextortion’, police said.

Jordan John DeMay paid $300 to the criminals after they threatened to send the nude photo they had tricked him into sending to all of his social media contracts.

The blackmailers had set up a fake Twitter profile posing as an attractive girl and began speaking to DeMay before sending a naked photo of the ‘girl’ to the teenager, police said.

DeMay, thinking he was speaking to another teenager, sent a nude photo of himself back to the girl – but the conversation quickly changed to a situation of blackmail and the criminals demanded $300, police said.

But even after DeMay had paid the $300 to the blackmailers, they reportedly demanded more and tried to extort $1000 from the teenager. 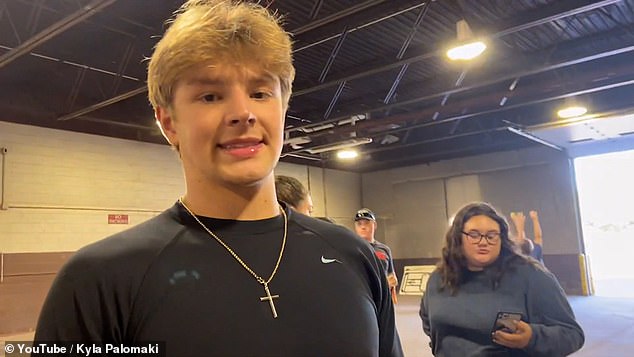 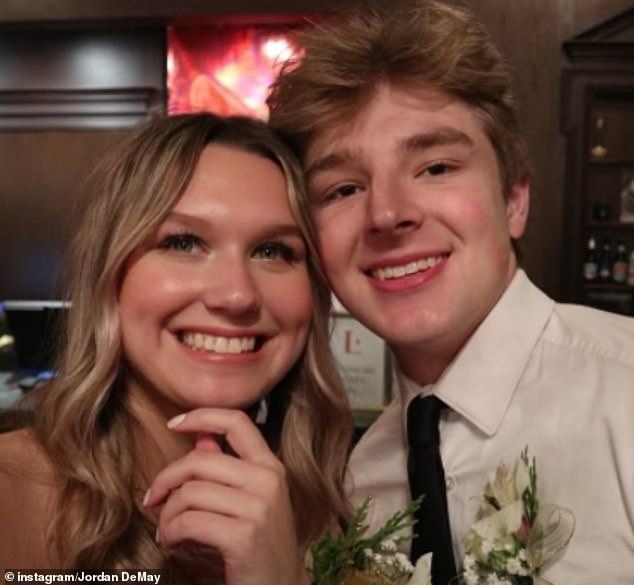 DeMay, a student at Marquette Senior High School, killed himself soon after the message was sent on 25 March

‘They told him they had all of his Facebook contacts, and more from other social media, as well as his nude photo,’ Marquette County Sheriff Greg Zyburt told the Sun.

‘Then they said they’d start to send the picture out. Jordan said he couldn’t pay them any more money.

‘He said you win, and that he was going to kill himself, and they said go for it,’ Sheriff Zyburt added.

DeMay, a student at Marquette Senior High School, killed himself soon after the message was sent on 25 March.

Zyburt, speaking about how the tragic suicide occurred just six hours after the blackmailers first contacted DeMay, said: ‘The Twitter profile showed a beautiful picture of a girl.

‘Soon she sent Jordan a nude picture, then he sent a compromising picture back to her, then the conversation quickly changed, it became a situation of blackmail.’ 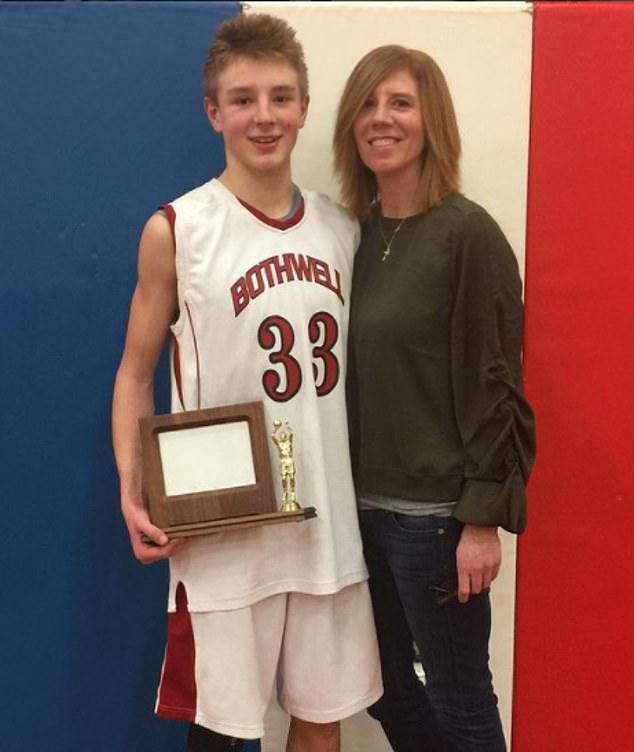 The teenager’s parents, John and Jessica DeMay (right), requested that the police release details of their son’s death to raise awareness of sextortion

Zyburt said they had treated DeMay’s death as a ‘teenage suicide’ at first but they soon changed their focus after one of the teenager’s friends told police the blackmailers had contacted her as well and demanded money.

‘She told them he killed himself. They said GOOD, then she hung up and called the police,’ Zyburt said.

Detectives have concluded that DeMay was a victim of sextortion.

The teenager’s parents, John and Jessica DeMay, requested that the police release details of their son’s death to raise awareness of sextortion.

No arrests have been made but the investigation is ongoing, police said. 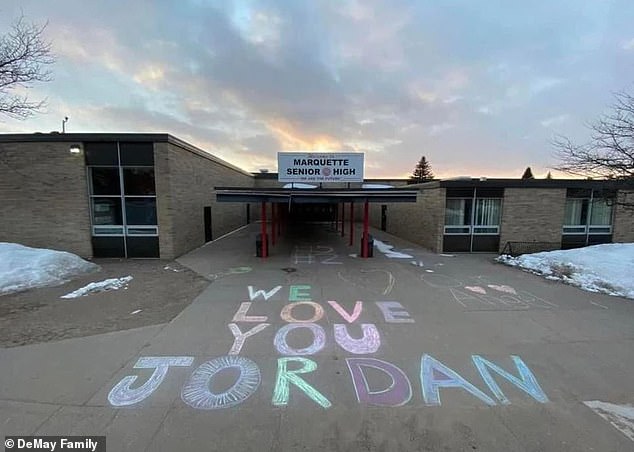 On 24 March, the FBI warned parents and caregivers of increasing incidents of sextortion among young children and teenagers.

‘Sextortion begins when an adult contacts a minor over any online platform used to meet and communicate, such as a game, app, or social media account,’ the FBI said.

‘In a scheme that has recently become more prevalent, the predator (posing as a young girl) uses deception and manipulation to convince a young male, usually 14 to 17 years old, to engage in explicit activity over video, which is then secretly recorded by the predator.’

‘The predator then reveals that they have made the recordings and attempts to extort the victim for money to prevent them from being posted online.’

An obituary dedicated to the teenager has described DeMay as someone who loved athletics and sports including baseball, football and basketball.

‘Jordan was a compassionate, mature, and team oriented player who once described his goal to “be the best I can be as a person on and off the field”, the obit read.

‘He was a determined young man, who after being sidelined for a year with a serious knee injury, made a decision to rehab himself and made plans to attend college.’

The teenager, who leaves behind four sisters, his parents and his grandparents, was planning to study Athletic Training at college.

‘Jordan possessed a great personality, loved and was very devoted to his family, especially his sisters who simply adored him,’ the obituary read.

‘He enjoyed going to the beach, being in, on, or near the water, and was talented to the point of doing well on many of the things he attempted. He will be remembered for his great smile, fluffy hair, great personality, and ability to inspire others.’

A funeral was held for DeMay on March 30 at the Lake Superior Christian Church in Marquette.