HILARIOUS footage shows the moment a stray dog pulled down a woman's leggings to reveal her bum as she brawled with another woman in the street.

The incident is thought to have occurred on a street in El Salvador. 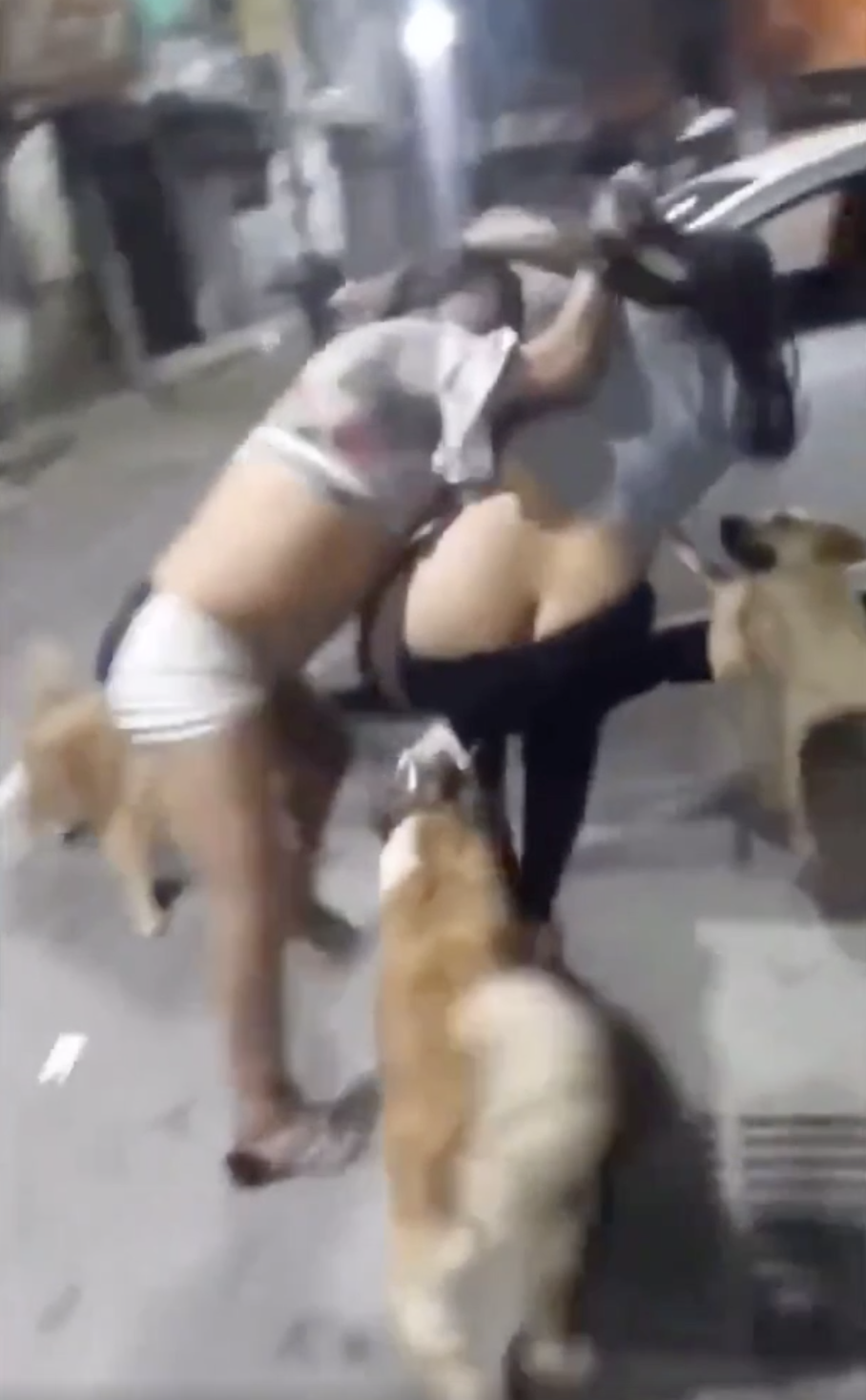 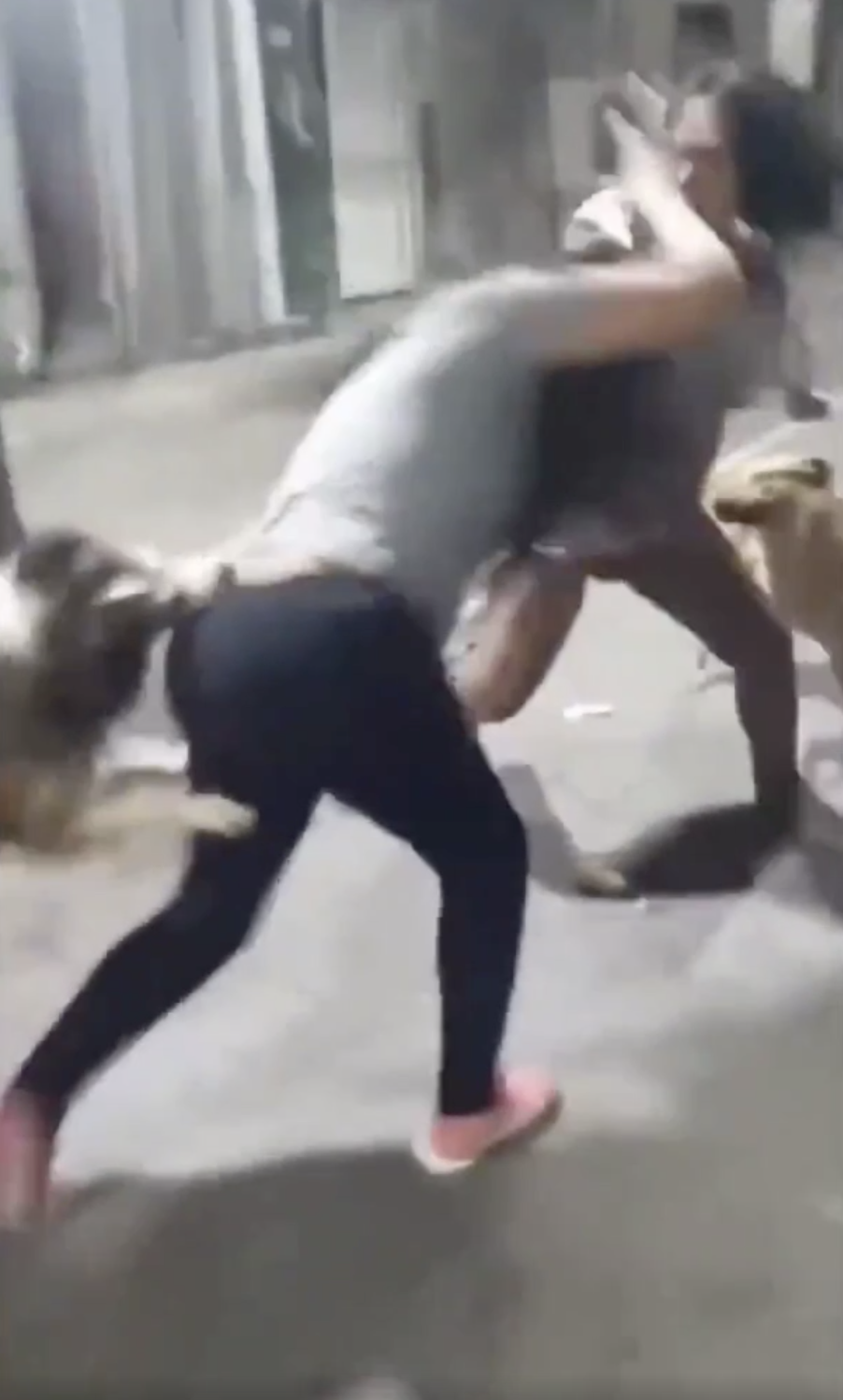 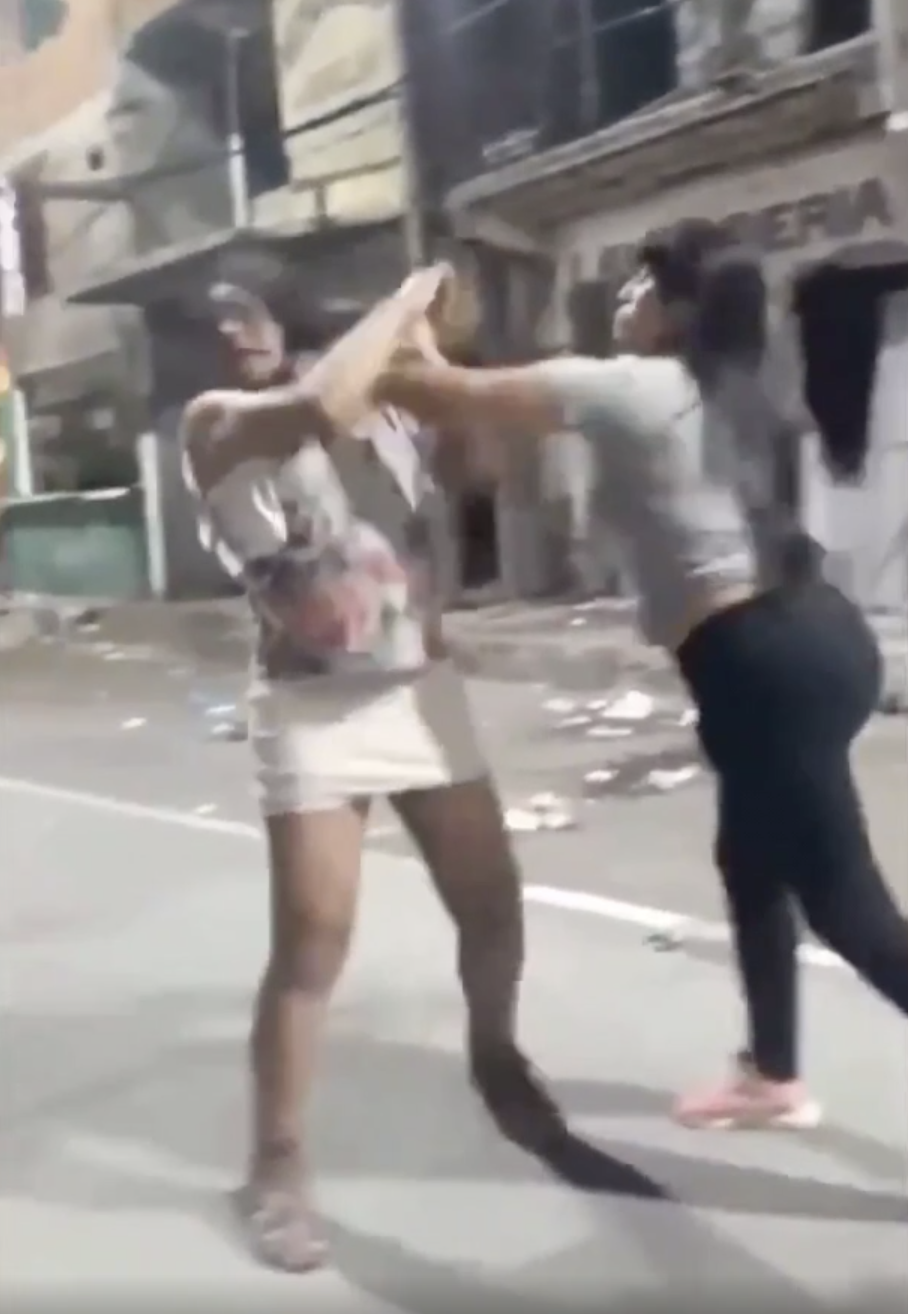 Footage showed the two women squaring off on a quiet street.

One of the women repeatedly knees the other and hits her about the head as a group of people – and a number of stray dogs – look on.

As one man moves in to try to separate the pair, the second women lunges forward and hits the first around the head.

A man behind the camera is also heard cheering and egging the pair on.

The two are then seen scrapping and hitting at each other, prompting the dogs to begin barking.

At one point, the second woman grabs the first by the hair and pulls her downward, at which one of the dogs jumps up and bites at the back of her leggings.

It then pulls the leggings down, exposing the woman's behind.

The woman continues brawling nevertheless, and the pair are still grappling with one another when the clip cuts off.

The clip went viral after being uploaded to social media.

It is not currently clear when and where exactly in El Salvador the incident took place.

The identities of the two women and the circumstances of the scuffle are also unknown. 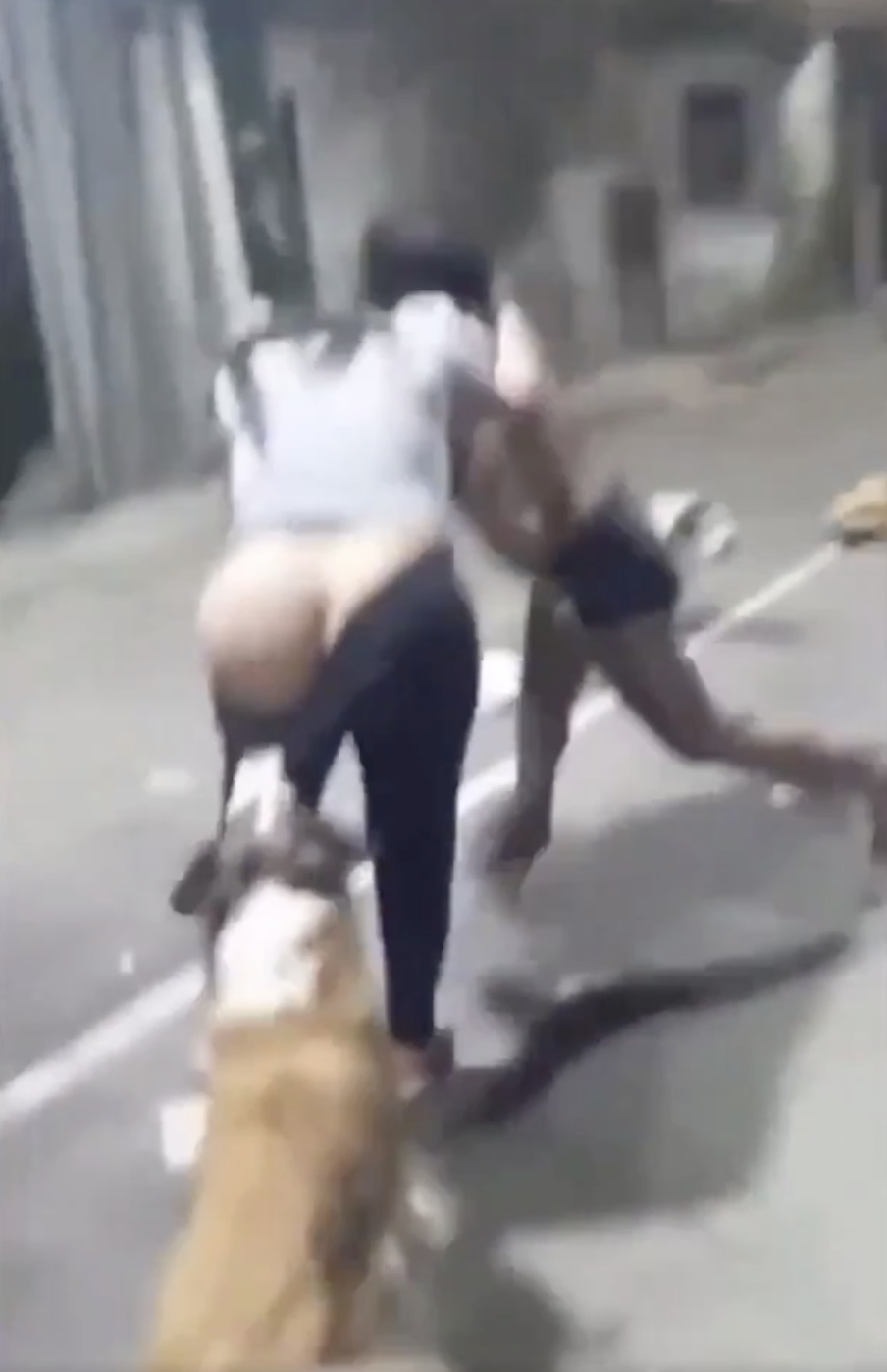