A California man who supported Hillary Clinton for president received a maximum sentence of 35 years to life in prison this week after being convicted of killing his bandmate’s wife in an argument over the 2016 election, according to a report.

The slain woman was holding the couple’s 2-year-old child at the time of the Jan. 10, 2017, incident, the Press-Enterprise of Southern California reported.

After revealing he had supported Clinton, defendant John Kevin McVoy Jr., 40, was told by the bandmate, “Get the f— out of my house,” according to prosecutors.

McVoy then fired a shot at the bandmate, identified as Victor Garcia, striking him in the head, the Press-Enterprise reported. Garcia spent months in a coma afterward and required two brain surgeries plus physical therapy to relearn basic life skills, the report said.

A second shot struck Garcia’s wife, Susan Garcia, killing her, while one of the other bandmates was trying to disarm McVoy, the report said. The child was not hurt.

Two other bandmates were at the Long Beach home for a practice session at the time of the shooting, according to the report.

During the trial, which ended in November with McVoy’s conviction, his defense attorney had argued that the defendant shot Garcia in self-defense, claiming Garcia had made threats to McVoy and grabbed a can opener that McVoy thought may have been a knife, the Press-Enterprise reported. 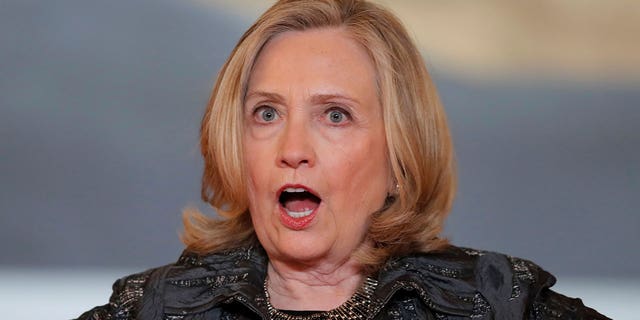 The jury deliberated for four days, acquitting McVoy on two counts of attempted murder regarding Victor Garcia and the child but finding him guilty of murdering Susan Garcia, the report said.

McVoy apologized to the family and claimed he felt remorseful about the shootings.

“I think about this every day,” he said, according to the Press-Enterprise.

In addition, he was ordered to pay $8,000 in restitution to the court, with a separate restitution hearing to be held March 1 regarding the victims’ funeral and medical expenses, the report said.