Home Bargains worker, 28, is caught hiding his mobile phone in ladies’ lavatory to secretly spy on female colleague going to the toilet

A Home Bargains store assistant turned peeping tom to rig his mobile to spy on his female colleague in the toilet.

Daniel Gaskell, 28, sneaked into the ladies’ lavatories ahead of his shift and set his device to record before hiding it behind a mop.

The phone was discovered when a workmate went into the cubicle, noticed a white light shining on the wall and turned round to see the device.

When she checked the phone she found footage of her and also of Gaskell’s hand and wrist as he was installing the device.

The woman who worked with him for three years at the Farnworth branch of discount chain near Bolton, Greater Manchester was said to have felt ‘violated’ by the discovery on February 8 this year.

At Wigan magistrates court, father of one Gaskell of Radcliffe near Bury admitted attempting to observe a person doing a private act. He now faces having to sign on the Sex Offender Register.

Shocked Home Bargains bosses later confirmed he had been an ‘exemplary employee’ who had worked at the store for ten years without any previous complaint.

In a statement the unnamed work colleague said she viewed the footage briefly but deleted the video of herself as soon she spotted it. She added: ‘He is a family man and has a family of his own. I’m shocked and am going to be so panicked about going to the toilet, or anywhere in the future, in case there are cameras recording me. 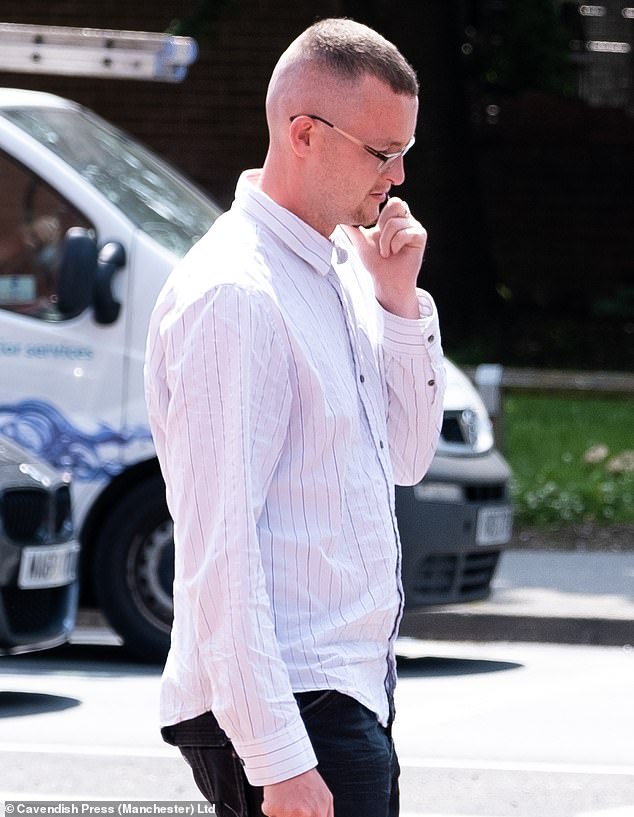 Daniel Gaskell, 28, sneaked into the ladies’ lavatories ahead of his shift at work 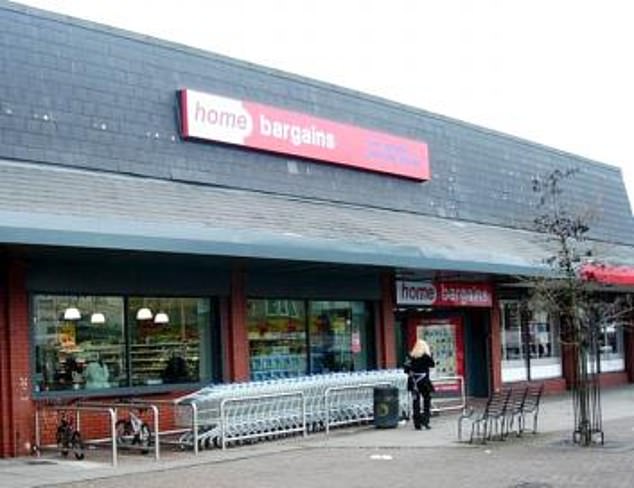 ‘I feel physically sick that this may have happened to me. After I left the toilet I saw Daniel in the shop, and I started to shake. I thought he may have recorded other people. I had gone to the toilet expecting personal privacy. I felt that I was violated.’

At Wigan magistrates court, father of one Gaskell of Radcliffe near Bury admitted attempting to observe a person doing a private act. He now faces having to sign on the Sex Offender Register.

Miss Eileen Rogers prosecuting said: ‘He and his colleague had worked together for some considerable time. He left his mobile phone on record in the lady’s toilet area and she found it while she was in the bathroom.

‘She realized immediately there was a phone inside the cubicle and it was propped up by a mop at the back. She has got the phone, and has then realized it was Mr Gaskell’s phone as she recognised some footage on it of his wrist and hand.

‘She recognised it was recording. She stopped it and did view it, but then deleted it and reported the matter immediately to one of her colleagues, who also reported it to her manager. The manager also saw the phone and gave it to the police.

‘Evidence was found in the ladies’ toilet. The work colleague told police she was incensed by what she’d seen. She felt violated by what had taken place. She said that she had known Mr Gaskell for some time.

‘She had worked there for three years and knew him for that time. She said she had worked at Home Bargains without any problems in the past. She told police she went to the bathroom in the early hours of the morning. She had gone to the store before starting her shift.

‘She was due to start at 8 o’clock. She had gone into the bathroom of the female toilet that had a sign that says, ‘female or disabled’. It’s a staff area and no one else should have gone in. 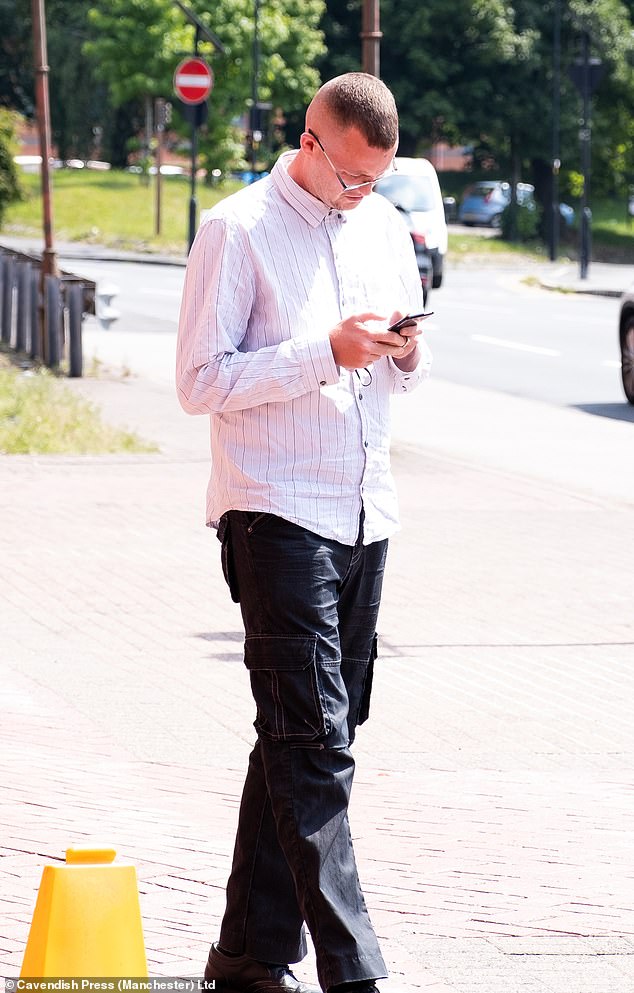 ‘She locked the door then turned and saw a white light shining on the wall. She turned around facing the door of the toilet. She has then seen the phone was propped up, and the screen showed it was recording. She went to stop the recording.

‘She watched a few seconds to see if it showed anything. She noticed a bracelet that her colleague wore and she saw him going to bend down. She told her manager exactly what happened. He has no previous convictions recorded against him.’

In mitigation defence lawyer Rahil Khan said: ‘Mr Gaskell was an exemplary employee at Home Bargains. He had been there for ten years and is actions on February 8 were very unusual indeed. He had severe mental health difficulties and there was some form of breakdown taking place. He is very emotional because he is ashamed and embarrassed.

‘He can’t explain why he committed this offence, why he placed his mobile phone in the toilet. Afterwards two police officers located him standing on some train tracks and they had to persuade him to come away from them. It seemed that he was going to seriously harm himself at the time. He makes a full admission. The one thing that he does not accept is that there was any intent of sexual gratification.

‘He has a partner and a child. He has been to the Samaritans to seek help for his mental health and has had ongoing counselling. Everything that was wrong on February 8, he has done to try to put right. He has to go on the sex offender’s register and will be subject to notification requirements.. That has to take place. All that needs further exploration.’

Gaskell will be sentenced later pending the preparation of reports. He was remanded on unconditional bail.