HOMES were evacuated and stranded people were rescued as by boat as flooding has shut train lines to Manchester Airport this morning.

Heavy downpours disrupted some of the lines on the railway between Manchester Airport and Wilmslow, according to train operator Northern. 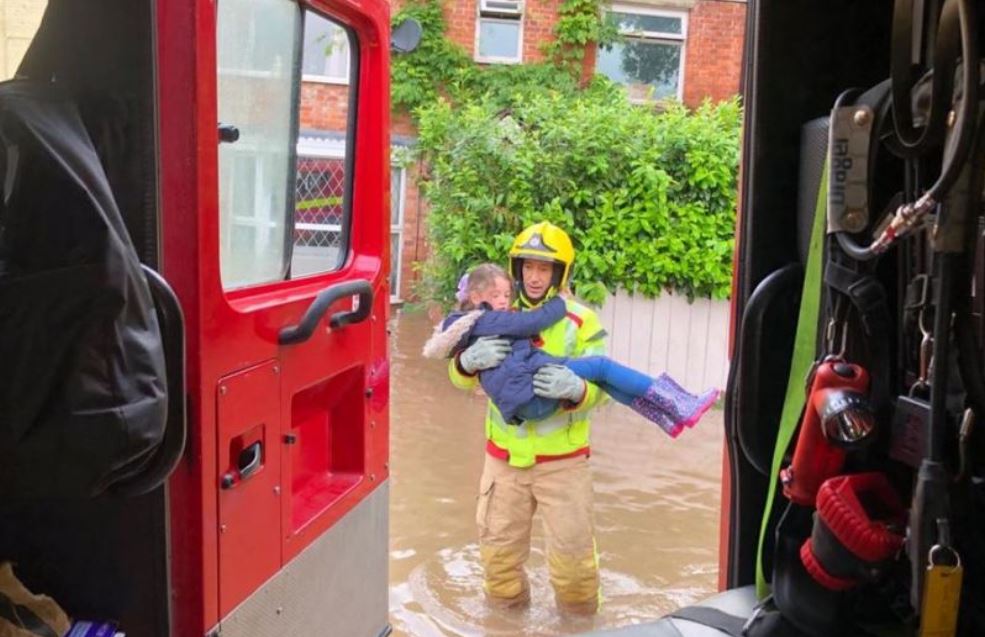 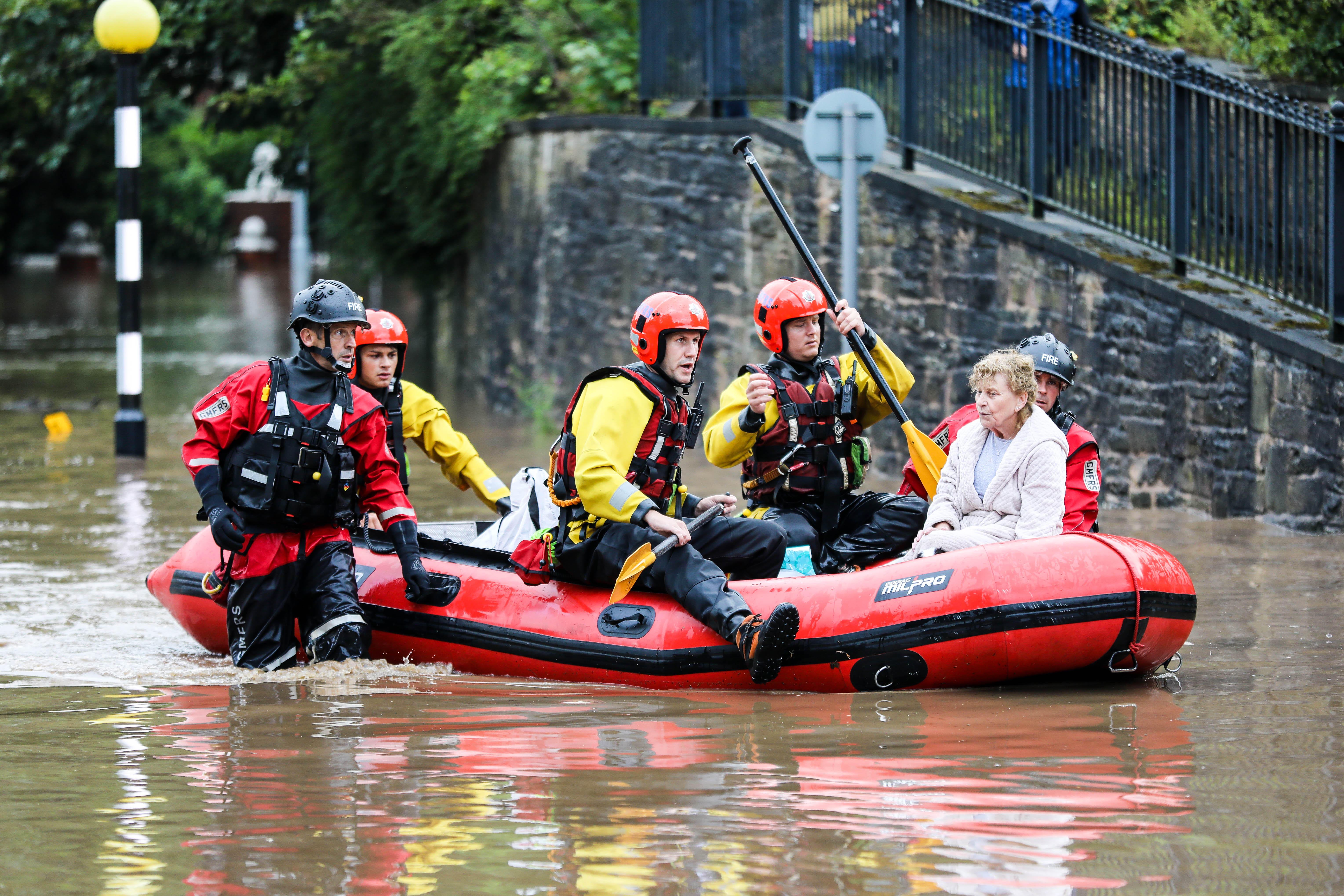 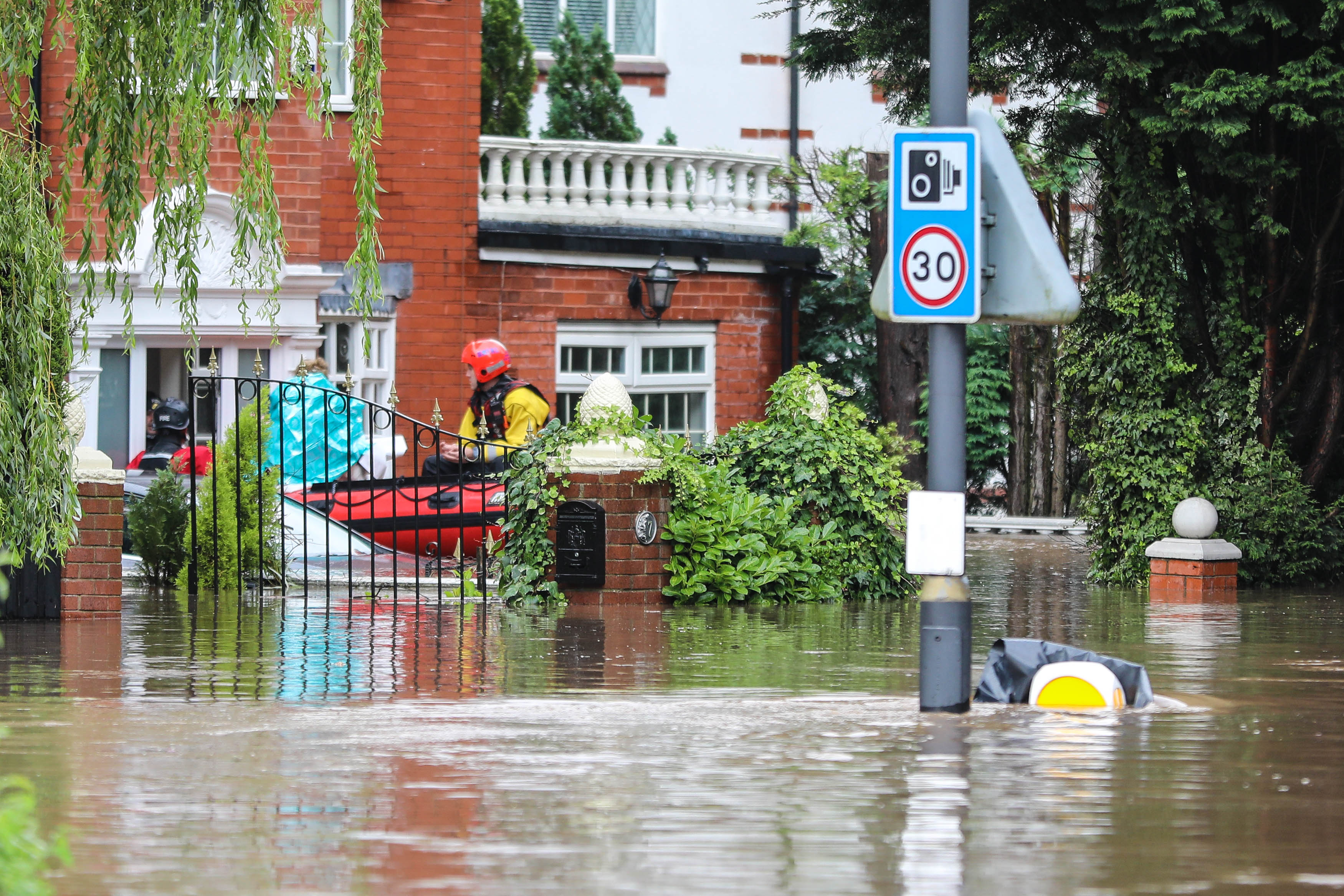 Poynton in Cheshire was among the worst hit places in the UK with the fire service declaring a major incident and rescuing 11 people.

Firefighters, emergency workers and staff from Highways England helped those affected by floods last night, with a rest centre established at the local civic hall.

Train operator Northern said due to heavy flooding some of the railway lines were blocked and services this morning would have to be revised.

Services from Styal in Wilmslow will not be calling to Manchester Airport in either direction.

Passengers can use their tickets on Transpennine services between Manchester Piccadilly and Manchester Airport.

Cops urged people not to ignore "road closed" signs by driving or walking through water.

"Your car could become submerged and the road underneath could have collapsed, putting you in danger," the Macclesfield North and Poynton police Twitter account said. 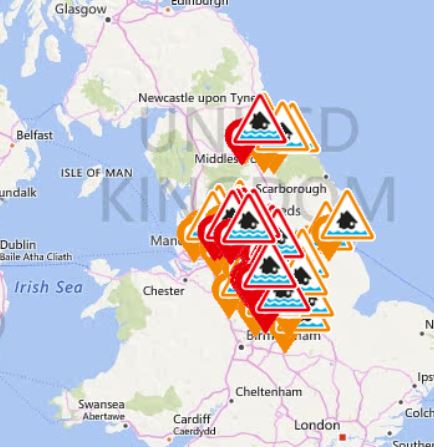 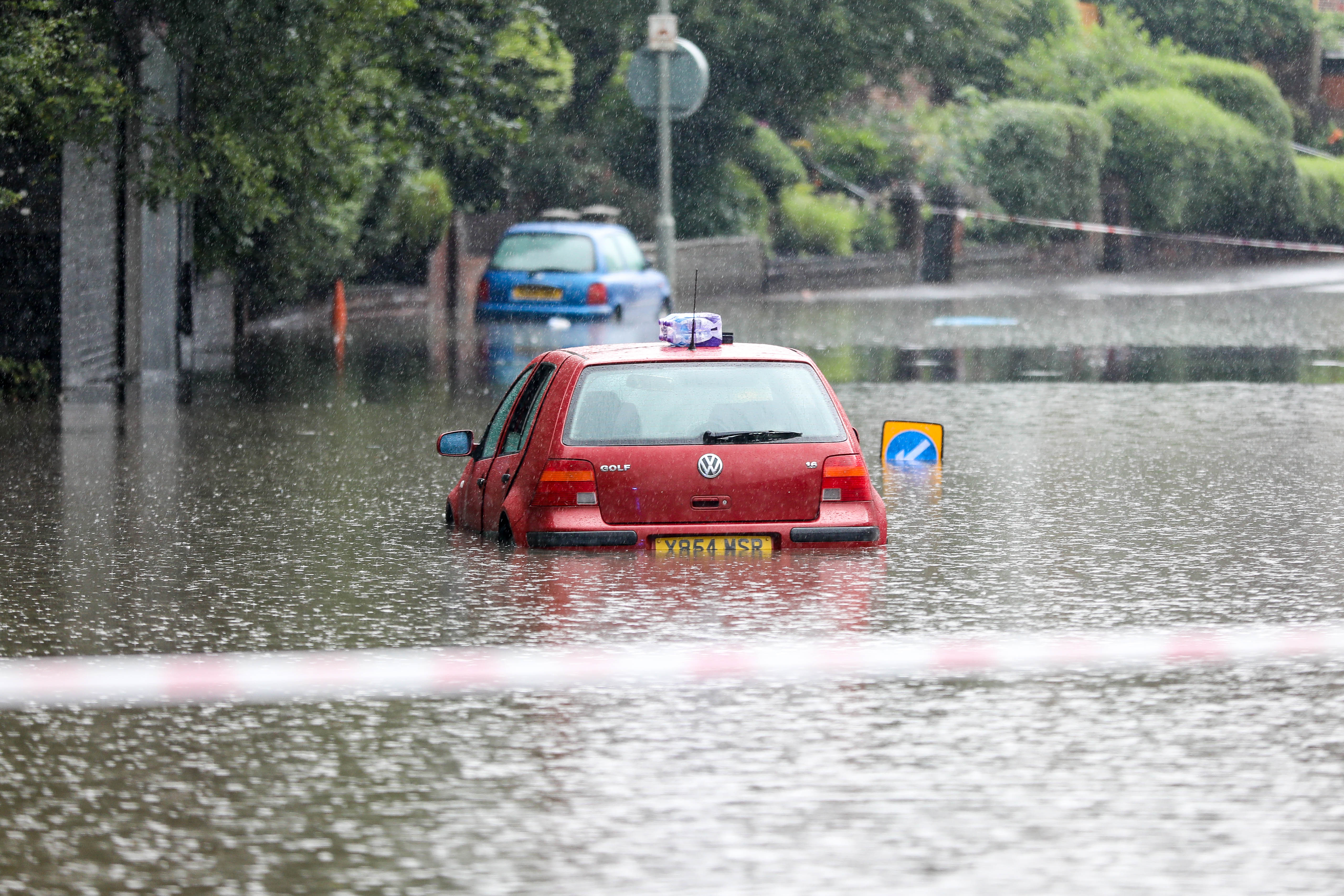 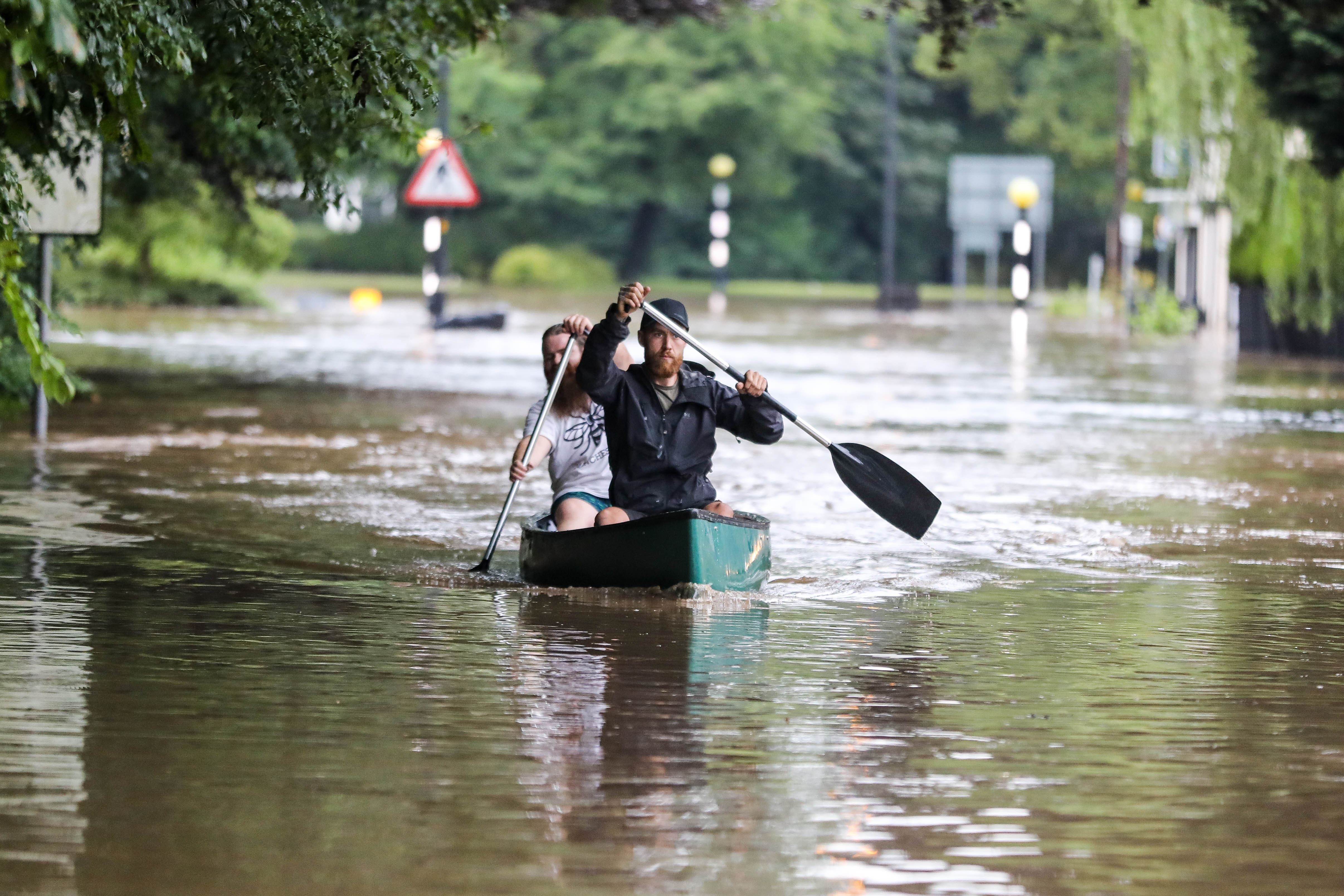 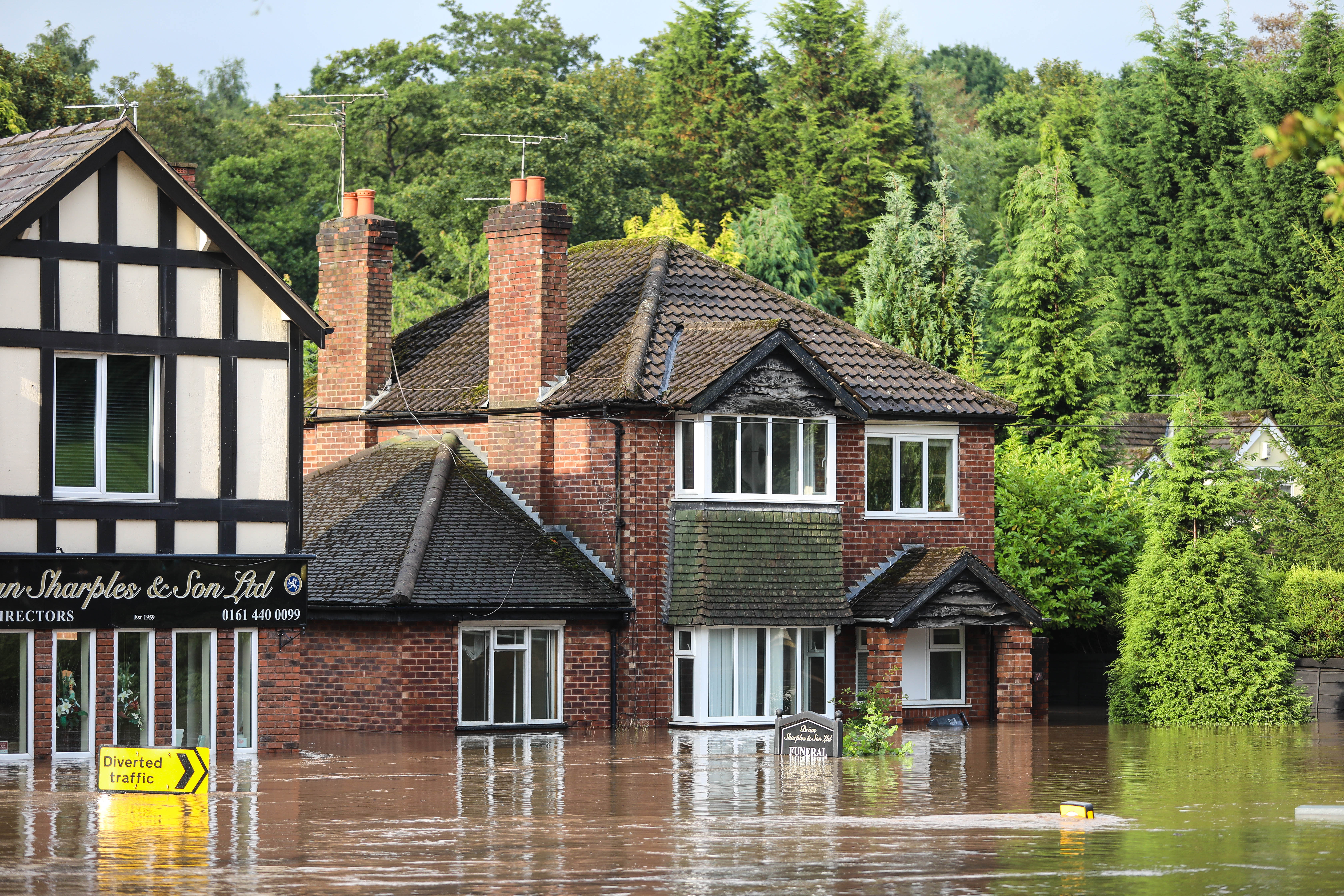 Cheshire Fire and Rescue Service added: "Please bear with us, crews and police officers are working very hard to get to those in need and the most vulnerable in our communities."

Poynton Fire Station said its crews had been to more than 20 incidents, including rescuing at least 11 people from flood water in the area over a four-hour stretch.

Police in nearby Wilmslow also said its officers were "dealing with flooding" and had evacuated affected residents, with Oakenclough Children's Centre open as a rest centre.

Jess, 20, was caught in the "mammoth" rain which flooded roads to "shin height", according to posts she shared on Twitter.

"I had my dog with me and as we crossed the road she almost got swept away, so I had to pull her across to me and pick her up," she told PA.

"I then waded through the rest of the water, about a foot and a half deep. I've never seen water that deep in such a residential area before."

Jess, who chose not to reveal her second name, said she told a mother with her child in a pram not to cross the street as it would have been "way too deep".

Further showers are due on today but they are not expected to be as heavy, with no weather warnings in place.

It comes after the Army was called in to battle flooding yesterday after torrential rain caused a bridge to collapse, roads to crumble and left homes under up to a metre of water.

A month's rain fell in just four hours on Tuesday and the Met Office warned some towns and villages could be cut off.

The Yorkshire 2 Regiment was sent in to help distribute sandbags in Swaledale in a bid to protect homes after heavy rains flooded the area turning rivers into 'raging torrents'.

Roads in the Yorkshire Dales saw more than 50mm of rain as large hailstones were dumped on the area in what police described as "shocking" travel conditions. 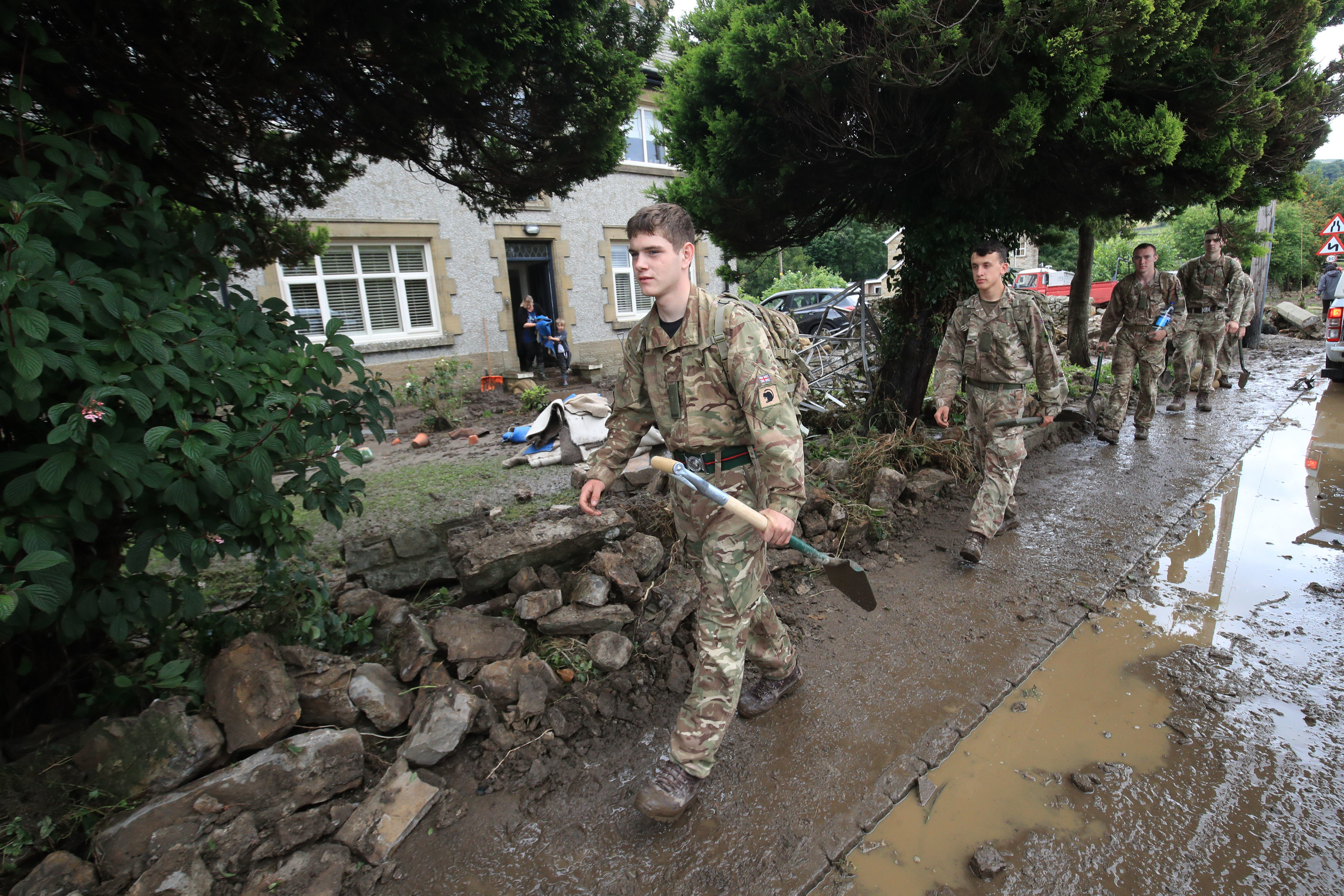 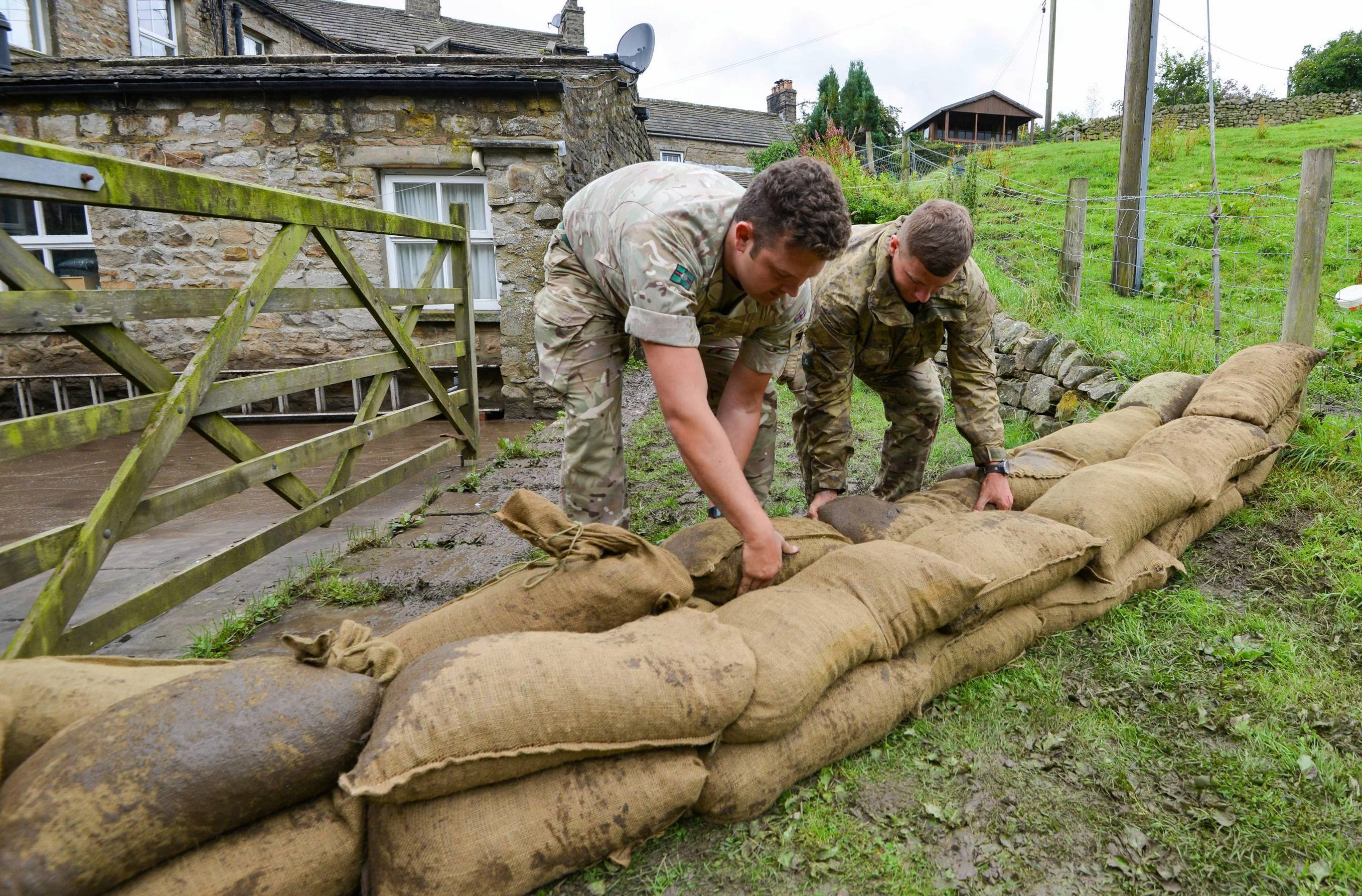 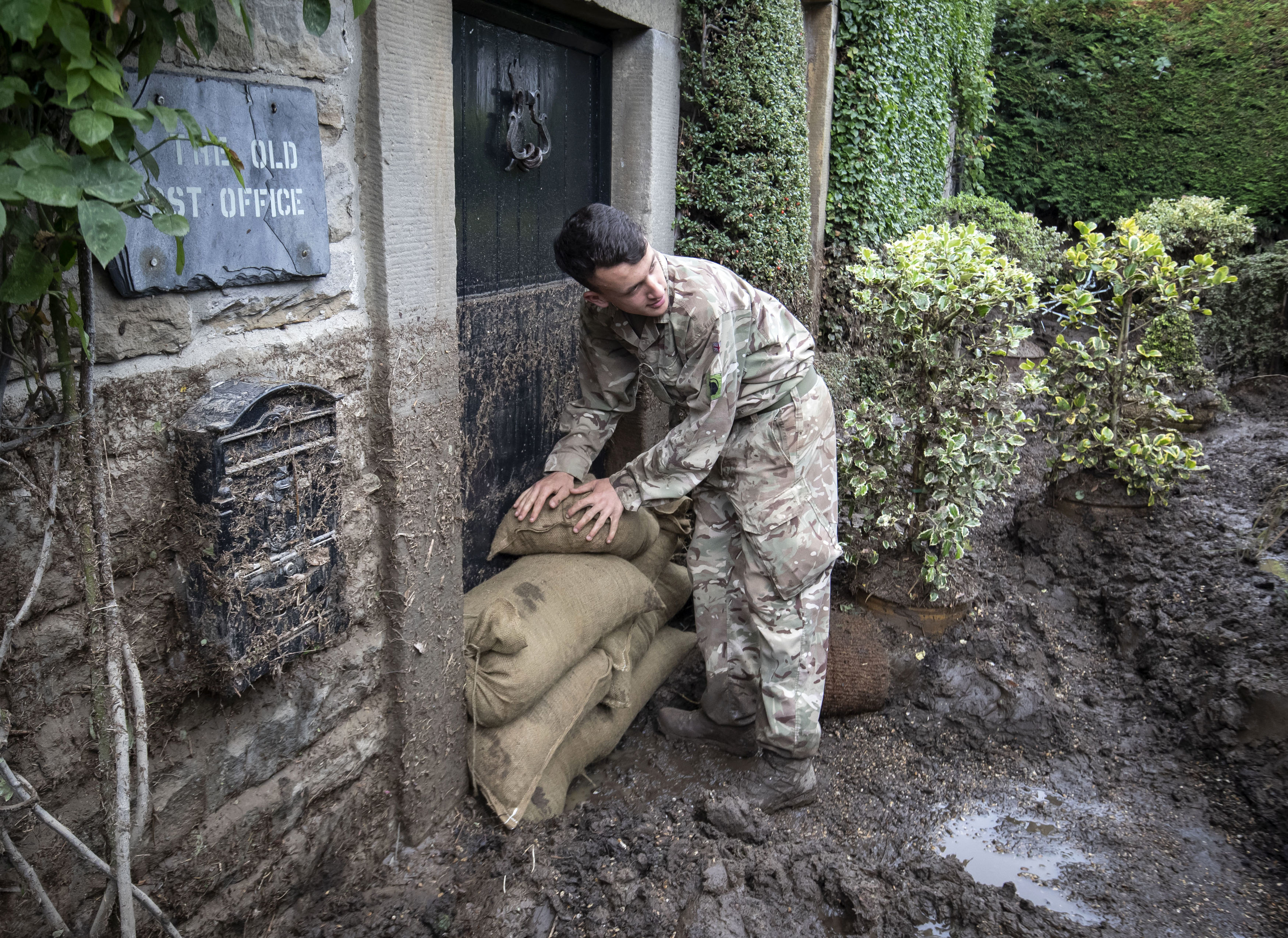 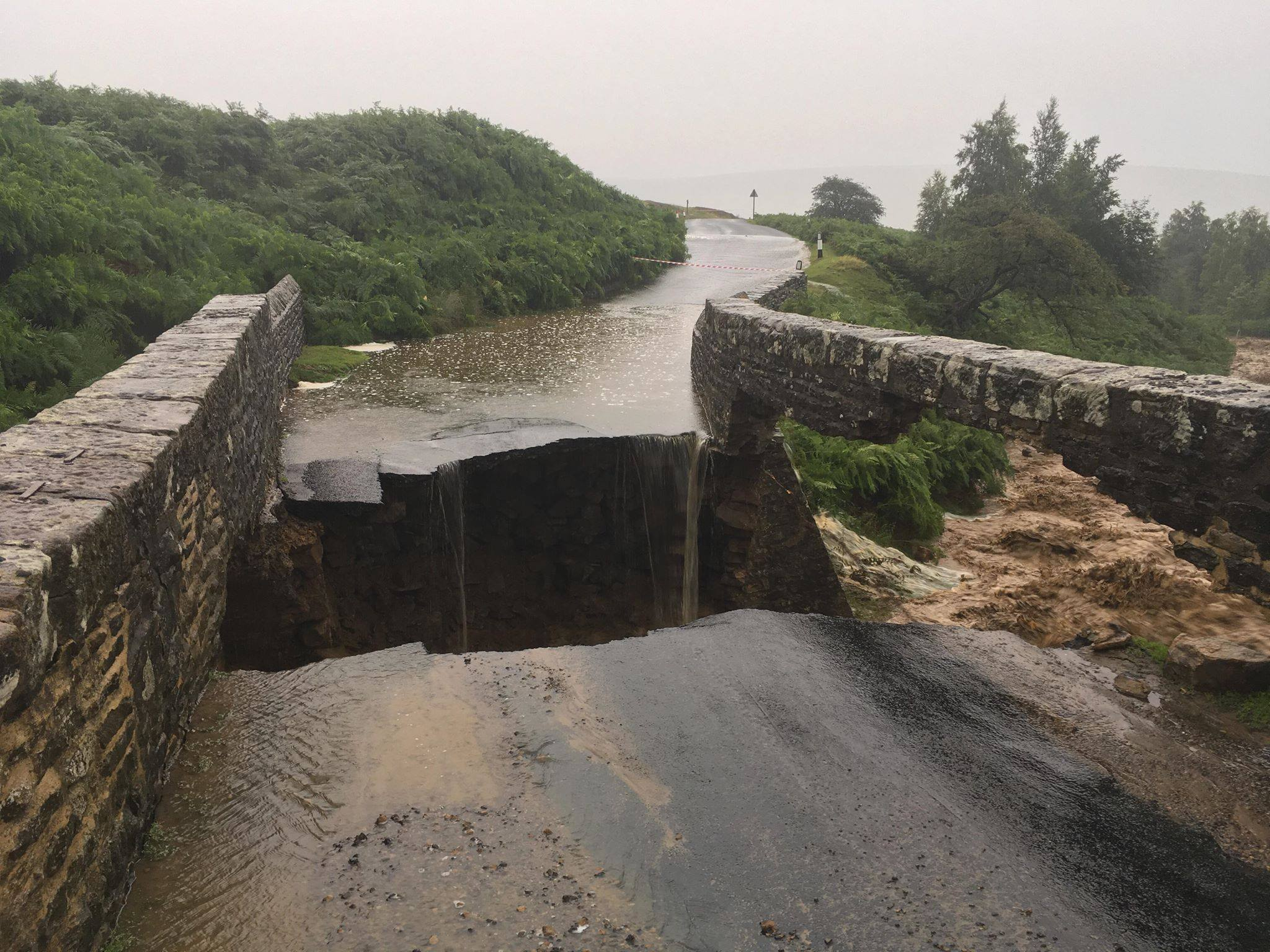 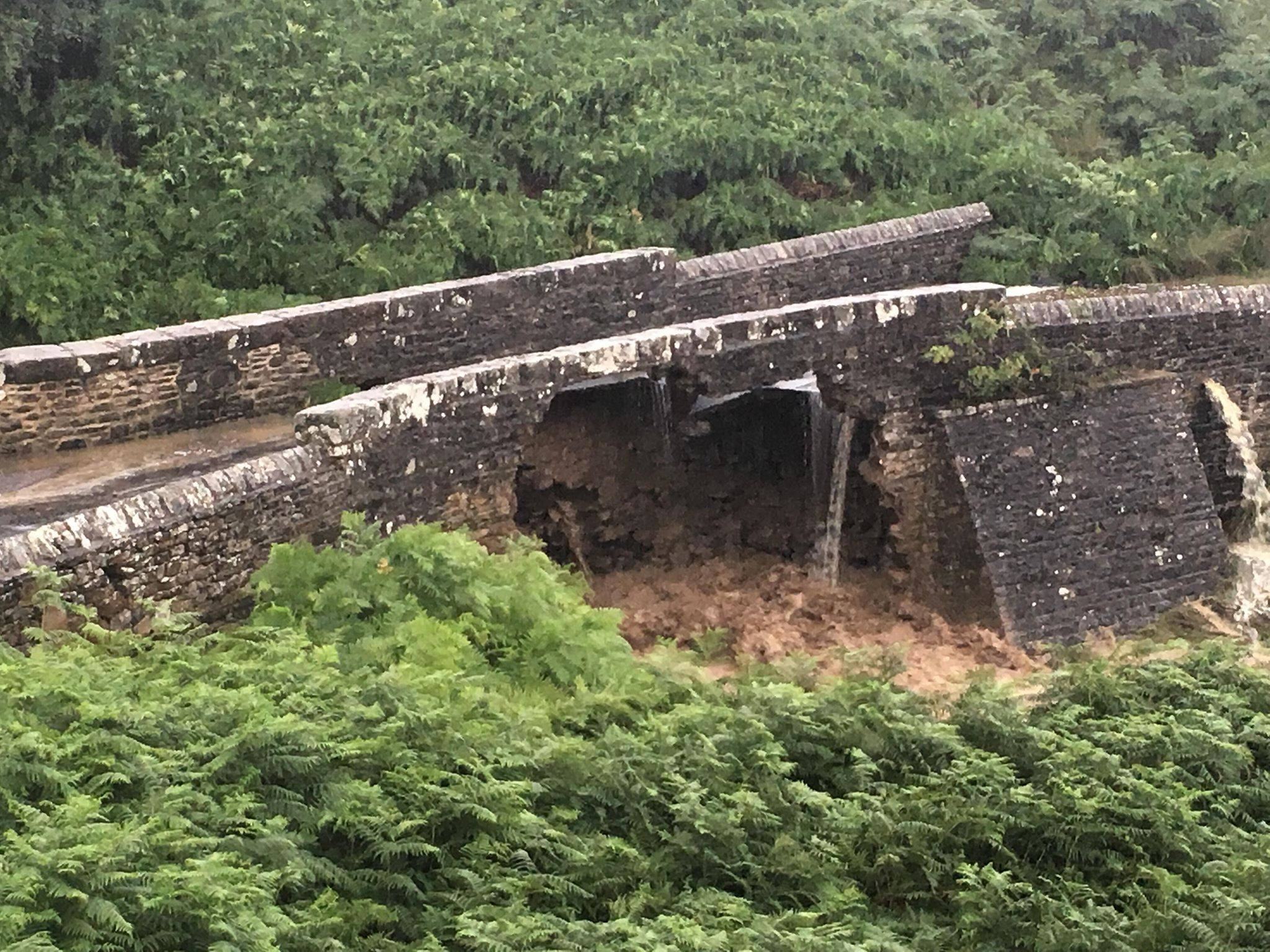 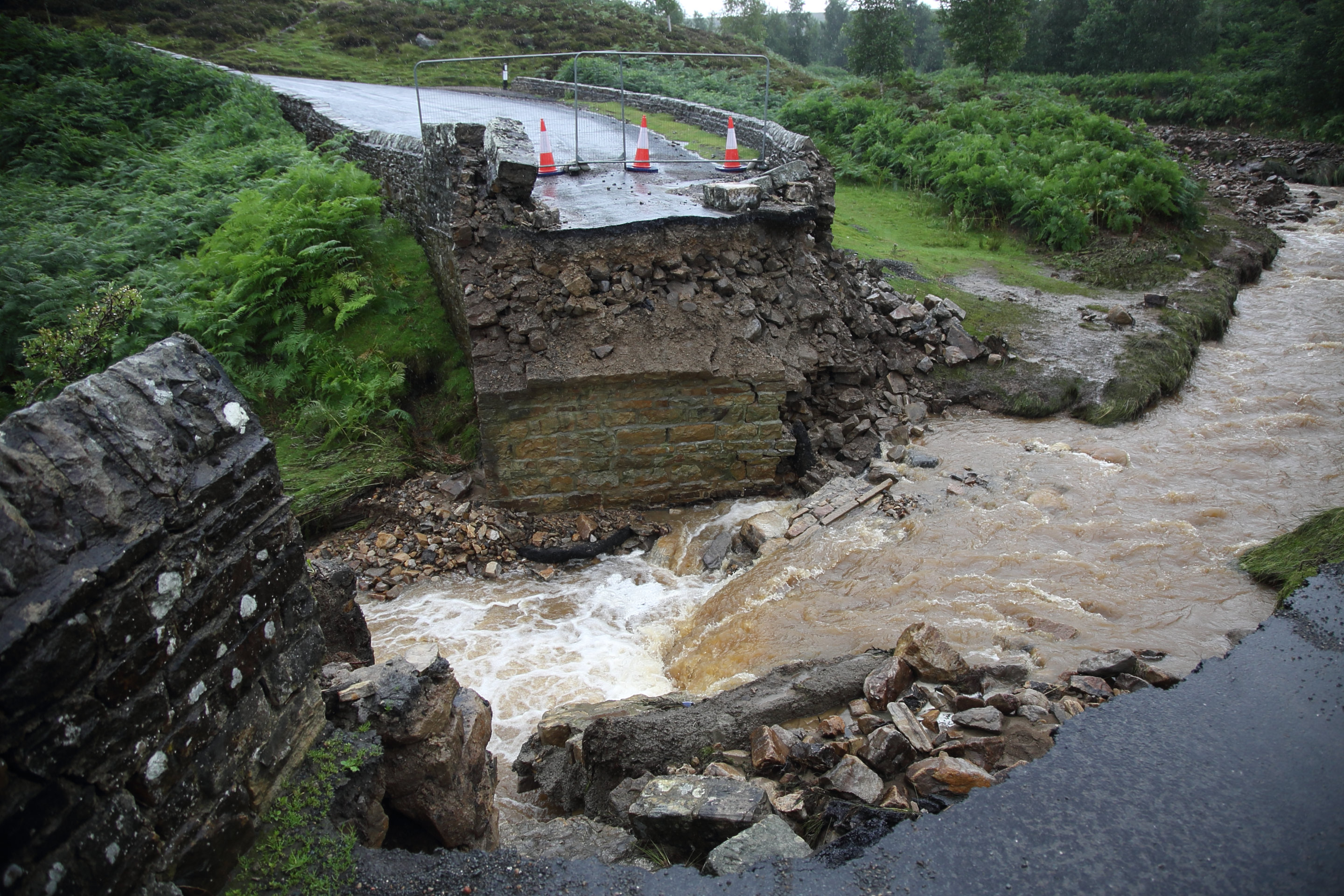