A HAWAIIAN resort is in lockdown after a hotel guest began firing through his door at staff.

The guest, believed to be a local military man, forced the resort into an hours-long lockdown on Saturday night as police evacuated hundreds of people from the Kahala Hotel & Resort in Honolulu. 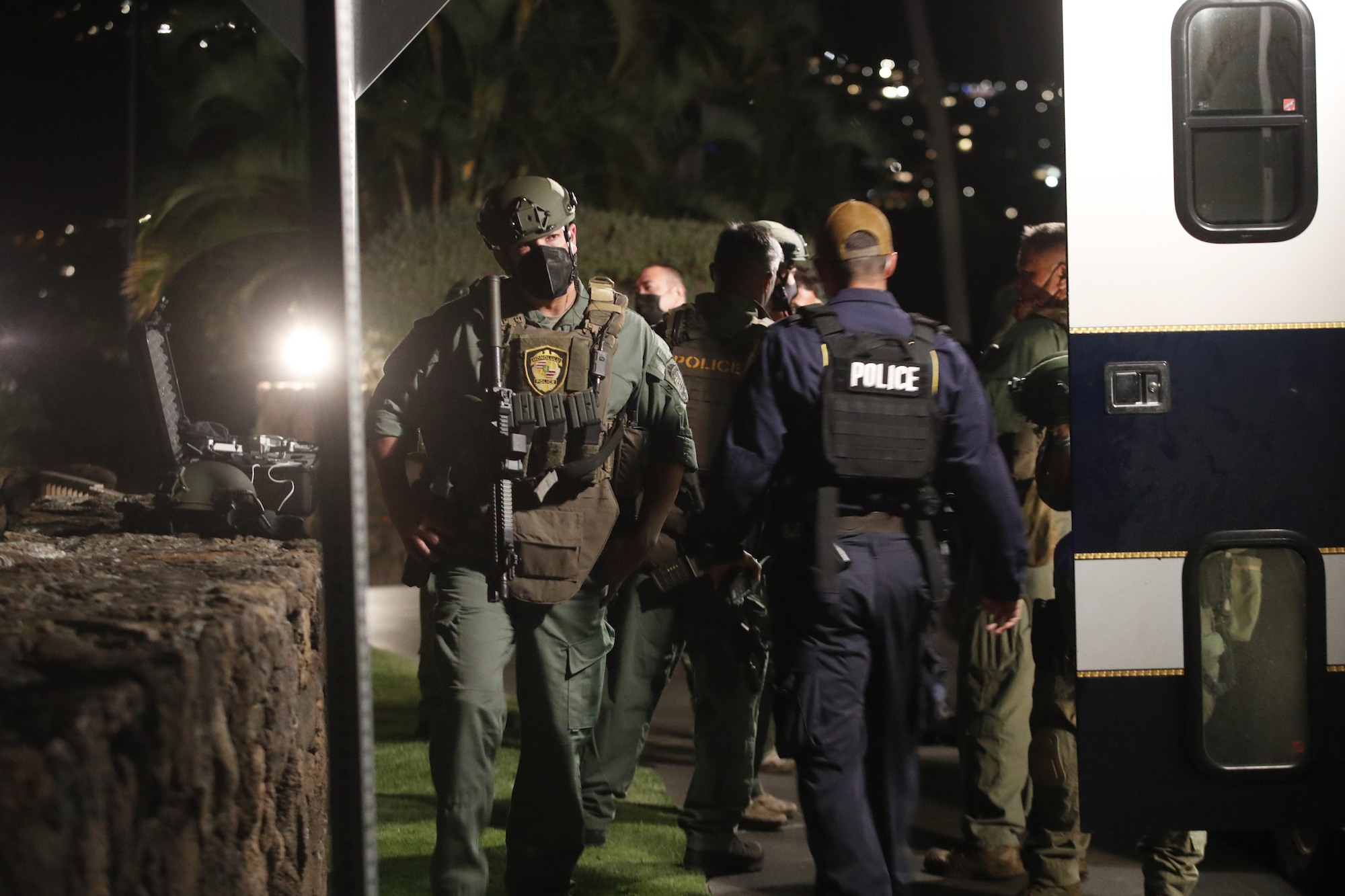 Shots first rang out at around 6PM on Saturday as police began removing people from the beach and beachfront eateries, fearing he could fire from his hotel balcony.

Resort guests huddled in a makeshift safety room in a ballroom.

The gunman is suspected to be a member of the Navy who lives on Oahu, with his military commander responding to the scene in addition to members of his family.

Police say the man first fired through his door when a hotel security staffer knocked on his door, although it was unclear why the security personnel was called up to the gunman's room.

Following the initial round, the man fired through the door multiple times just as officers began calling his name.

Police say the man fired at least five rounds as negotiators tried to end the standoff.

"Nobody is injured. Everybody is accounted for," Lynch said. "We’re just waiting for the suspect to give up."