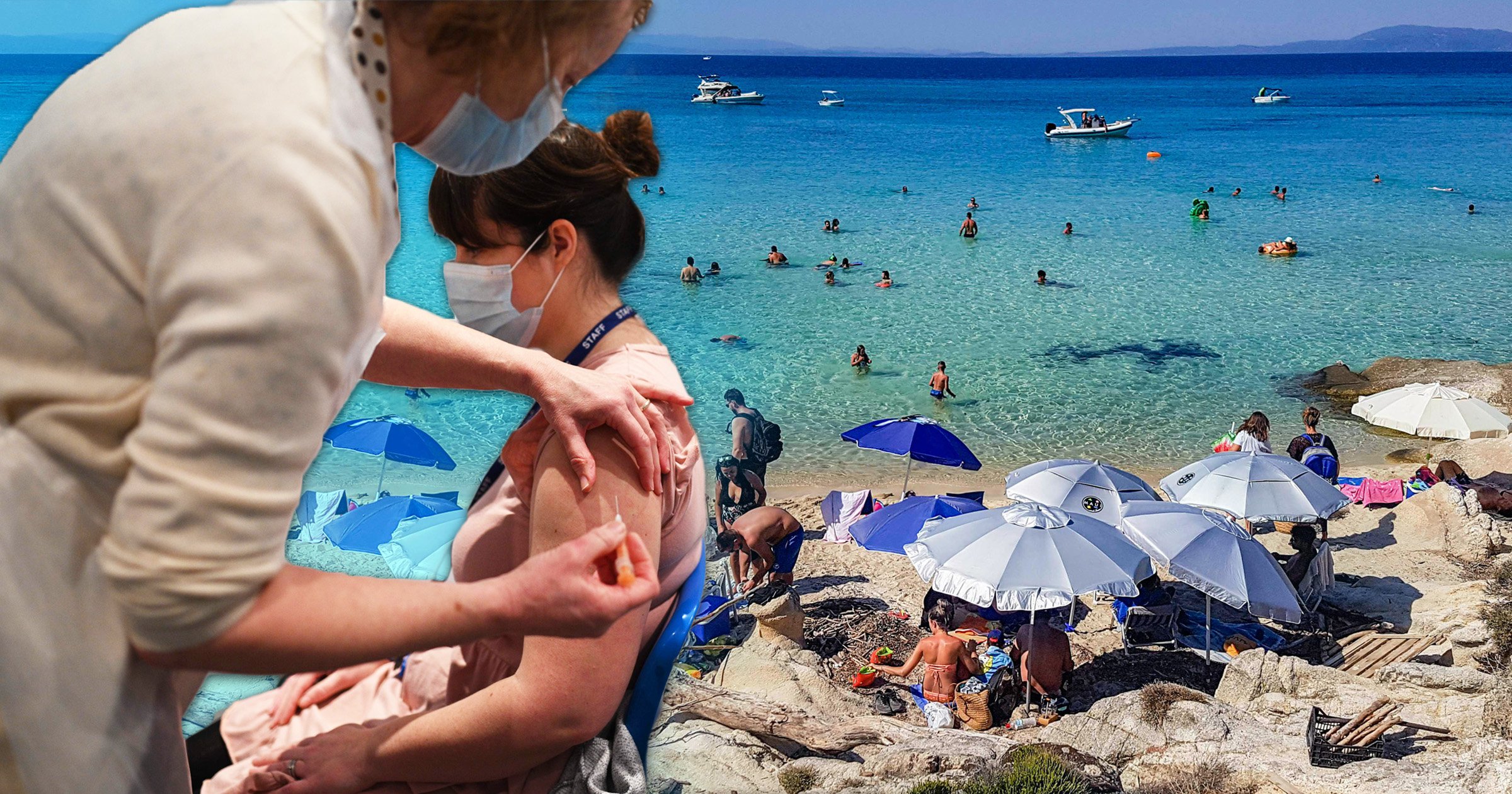 Greece has offered a slither of hope for Brits looking for a holiday abroad this year, with the country’s tourism minister saying it’s possible vaccinated holidaymakers won’t need to be tested.

Haris Theoharis said he’s ‘hopeful’ for a ‘semi-normal’ summer, as Greece looks to welcome back both vaccinated people and those with a negative Covid test.

Speaking to Radio 4’s Today programme, he said the Government was in ‘very preliminary discussions’ with UK officials to discuss ‘how this could work’.

He said: ‘Technical discussions are underway to see if that’s going to be feasible. I am very hopeful we can reach some kind of solution.

‘We don’t want to limit travel to those who have been vaccinated of course, but since we are mandating that before travelling someone has to have a negative test result, this is a waste of resources if people are vaccinated, to be tested every time they travel, the need for this testing could be limited by the vaccination certificate.’

Mr Theoharis noted that the UK was a ‘leading country’ when it comes to vaccination, adding that he hopes the ‘situation would be much, much better’ for summer 2021.

Greece and Israel have already agreed inoculated people will be allowed to move freely between the two countries when travel restarts.

His comments come as the British public is sent mixed messages on trips abroad by the Government.

Boris Johnson said at the weekend he is ‘hopeful’ summer holidays could go ahead, suggesting this includes foreign travel.

The Prime Minister appeared to double down on his comments when he told a Downing Street press conference vaccinated people could potentially travel abroad – although a ‘vaccine passport’ will not be needed to go to the pub.

‘What I don’t think we will have in this country is – as it were – vaccination passports to allow you to go to, say, the pub or something like that.’

However, top scientists say foreign holidays are still out of the question – although beach trips could be allowed.

Professor Mark Woolhouse of Edinburgh University said there was ‘very little evidence of outdoor transmission’ and suggested activities that were not ‘mass gatherings’ could soon be allowed.

He said: ‘Over the summer we were treated to pictures of crowded beaches, and there was an outcry about this.

‘There were no outbreaks linked to crowded beaches – there has never been a Covid-19 outbreak linked to a beach ever anywhere in the world, to the best of my knowledge.

‘So I think we do have to understand where the risks are and aren’t so that we can do as much as possible safely without overcompensating.’

Professor Dame Angela McLean, of Oxford University and chief scientific adviser for the Ministry of Defence, has warned of more Covid variants being imported from abroad.

She said: ‘The evidence was, from earlier in the outbreak, many cases were imported from Europe by returning holidaymakers. It wasn’t mainly imported from China. I think we could learn from that.’