Hospitality and retail bosses have warned that demanding vaccine passports for customers entering venues could pose legal issues and put staff in danger.

Boris Johnson last week suggested pubs and other venues could require customers to show a vaccine passport to gain entry.

The documents, which are likely to feature a combination of vaccine and testing data, could be used to determine whether people can visit the pub or go to sporting events.

But the boss of trade body UKHospitality today said the scheme posed a legal minefield – while the chief executive of the British Retail Consortium warned it could lead to an increase in violence against shop workers. 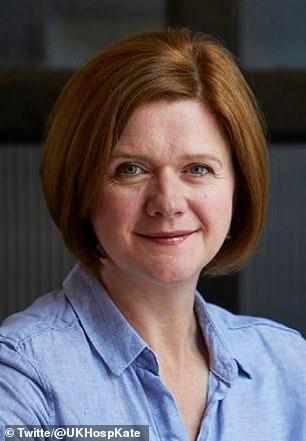 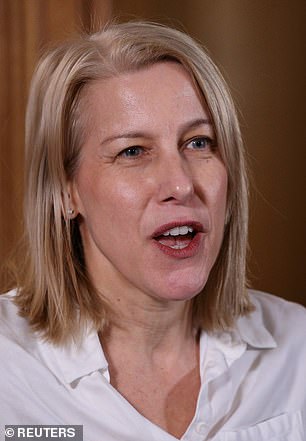 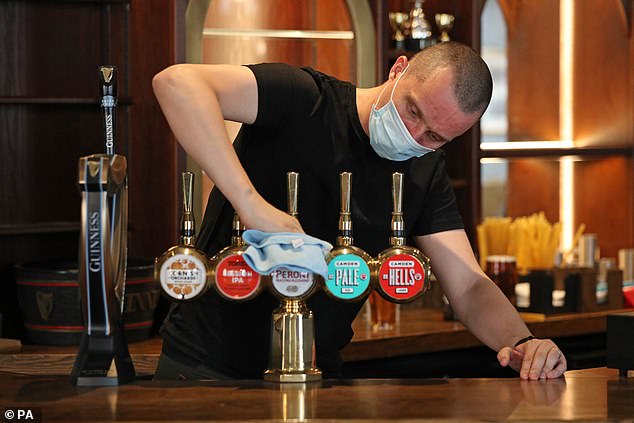 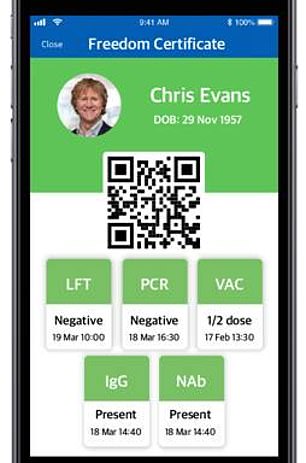 How a vaccine passport could look

There has been a fevered debate over proposals to introduce so-called vaccine passports giving customers entry into venues.

Pub bosses across Britain said the idea was ‘absurd’ and ‘unworkable’ and signalled they would not ask customers for proof that they had been inoculated or were clear of coronavirus.

Ministers are facing fierce opposition from some Tory MPs who believe the documents would impinge on civil liberties and privacy.

Speaking as part of a webinar hosted by the Confederation of British Industry (CBI), Kate Nicholls, chief executive of trade body UKHospitality said certification could pose a problem for frontline staff.

‘This is quite a challenging issue for a lot of people to wrestle with,’ she said.

‘If you are in a consumer environment, you have legal concerns regarding age, ethnicity, gender, and I don’t think considering a valid test alongside a vaccine certificate is enough.

‘From a consumer position, you will also have issues regarding frontline staff having to enforce the law about this.’

Helen Dickinson, chief executive of the British Retail Consortium, echoed these concerns and said that violence against shop workers had already increased sharply during the pandemic due to the enforcement of other restrictions. 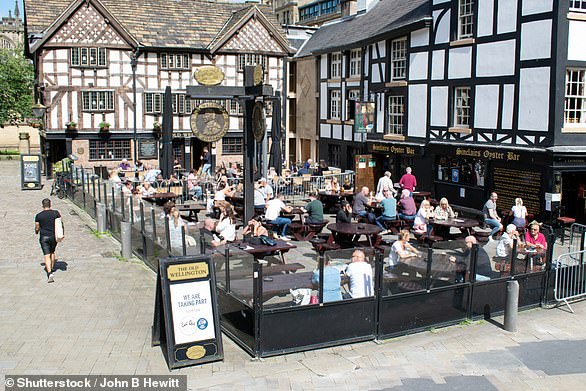 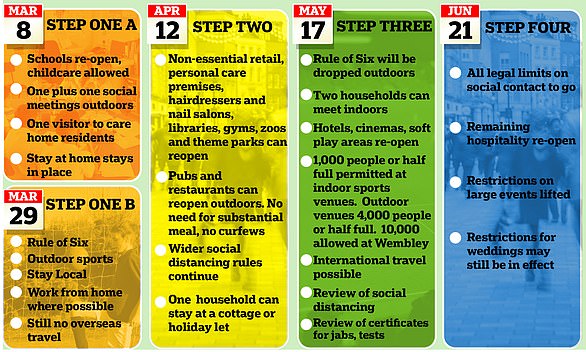 Wetherspoon boss Tim Martin has said vaccine passports would be ‘the last straw’ for struggling pubs and force bar staff into a ‘bitter civil liberties war’ with customers.

Writing in the Daily Telegraph today, Mr Martin said ‘there is no justification for a passport system’.

The chairman of the pub chain said: ‘For many pubs, hanging on for dear life and devastated by G-force changes of direction, a complex and controversial passport scheme would be the last straw.

‘It would inevitably put pub staff in the frontline of a bitter civil liberties war, with some customers unwilling to be vaccinated or unable to have a jab for medical reasons.’

‘We’re seeing, with mask-wearing particularly and other enforcement issues, that the levels of violence and abuse against people on the front line – be that delivery driver, supermarket or convenience shop worker – there were about 400 incidents a day pre-Covid but they say that has gone up really significantly.

‘The paradigm has moved over the past few months as people have become more frustrated over the rules.’

But Ms Nicholls said she believes international travel and major events were the ‘two areas where certification could really work’.

She also said she hoped social distancing restrictions could be fully removed by the June 21 road map date without the need for vaccine certification.

‘The Government appears to be linking certifications and the removal of social distancing – the price is too high to say it can only be removed with certificates in place,’ she said.

‘The Prime Minister has said they want to remove everything by June 21 and people see this as ‘life back to normal’.

‘From businesses’ point of view, there are a lot of people who have heard they can trade as normal by June 21, but if there is any conditionality or controls here they need to say so soon.

‘And then the Chancellor needs to go back as the Budget commitments won’t be sufficient in their current plans.’

Tory backbenchers, publicans and some scientists have raised concerns over the possible introduction of coronavirus health certificates as England’s lockdown is eased.

Ministers are studying their potential use, which could see access to venues granted only if customers have been jabbed, received negative tests, or developed antibodies through past infection. 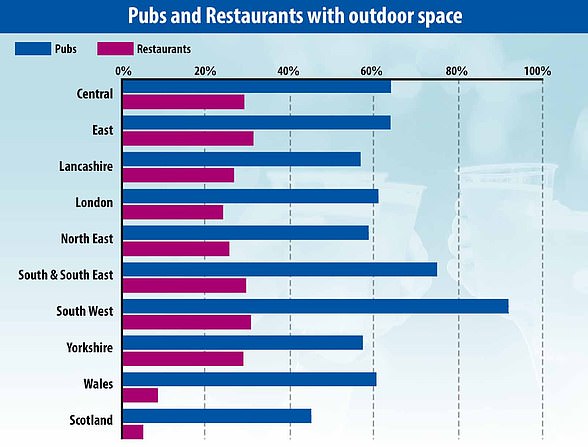 The South West of Britain leads the ranks in terms of pubs that have outdoor space, with 91.7% falling into that category, followed by the South & South East on 74.8%

More than half of Britain’s pubs and restaurants will be forced to remain closed when lockdown restrictions ease because they do not have outdoor space.

Under the next relaxation of coronavirus rules, a swathe of freedoms will be restored on April 12 under the current timetable.

This includes a long-awaited reopening for pubs and restaurants in England, which will be able to serve customers in alfresco seating areas.

But despite being given the green light to open, hospitality venues across the country will still be locked after April 12 because just 41,100, or 38.2 per cent, have outdoor space, according to overall data.

Only 33.1 per cent of operators in London have space they can use outside and only 22.9 per cent of venues in Scotland – which will see sites reopen from April 26 – have outdoor areas.

Breaking the data further down, by region and type of venue, shows stark differences in each region’s proliferation of open-spaced venues.

The South West of Britain leads the ranks in terms of pubs that have outdoor space, with 91.7% falling into that category, followed by the South & South East on 74.8%.

Scotland was the region with the lowest percentage, with less than half – 44.9% – of pubs able to host customers outside. 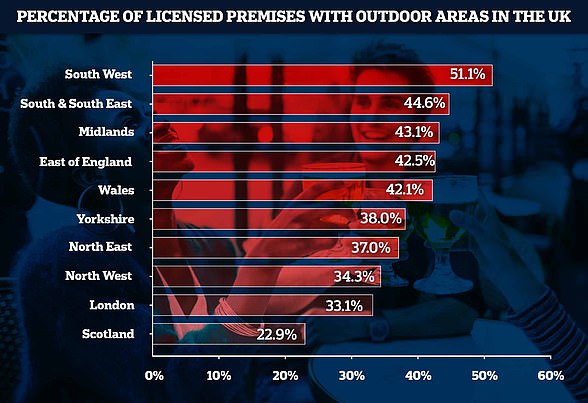 Overall data: More than 41,000 pubs, bars and restaurants have some kind of outdoor space which could allow them to reopen on April 12. The South West leads the way, with 51.1 per cent of venues boasting outdoor areas

These differences are also present in the figures for restaurants. The East of Britain boasts the highest percentage of restaurants with outdoor spaces – 31.2% – and the South West again holds a prominent position, in second place with 30.6%.

The figure is in the high twenties for much of the rest of England – including Lancashire, London, the North East and Yorkshire – but Scotland and Wales remain in single figures.

Just 8.5% of restaurants in Wales have outside spaces, and only 5.1% in Scotland.

The data comes amid bleak figures which show the number of licensed premises over the past year fell by some 7,592 to 107,516, laying bare the devastating toll of the pandemic.

From April 12, diners will be able to meet in a group of up to six people from different households, while a maximum of two households can meet to form a group of any size. Indoor dining will only be allowed after May 17.

The latest monthly Market Recovery Monitor by CGA and AlixPartners has revealed that 38.2 per cent of licensed premises in the UK say they have space to allow them to trade.

Firms have said they will plan to utilise gardens, terraces, car parks and other areas where they can potentially seat guests to reopen when outdoor hospitality is given the go-ahead in the next phase of the Prime Minister’s road map.

More than 41,000 pubs, bars and restaurants have some kind of outdoor space which could allow them to reopen on April 12.

However, the proportion of operators able to operate outside fluctuates significantly depending on their specific area of the hospitality market.

More than 80 per cent of community pubs have said they have appropriate outdoor space to reopen.

However, only 11.9 per cent of casual dining restaurants have such space, meaning further pain for many chains which have been hit hard in the past 12 months.

The report also said that a significant number of sites with outdoor space will still be unlikely to trade from mid-April because of limitations to their space and the cost of equipping or staffing them being unprofitable.

It highlighted that punters in the south-west of England will be best placed come April 12, with 51.1 per cent of premises in the area having outdoor space.