You can watch today's hearing live, below:

Premier Daniel Andrews' much-anticipated appearance before the inquiry has been pushed back from Wednesday to Friday afternoon due to scheduling issues.

Counsel assisting the inquiry, Rachel Ellyard, said: "These time-tabling [changes] have been at the board's initiative and we are very grateful to the ministers for accommodating us."

In his daily press conference on Tuesday, Mr Andrews stood by his August statement to Parliament's accounts and estimates committee that it was "fundamentally incorrect to assert there was hundreds of ADF staff on offer and somehow someone said no". 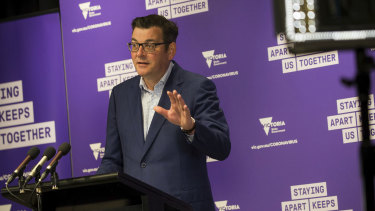 Mr Andrews said: "I made comments on the matters and I stand by the comments I made and, again, I'm not interested in adding to those comments."

The evidence to the inquiry so far strongly suggests that from the first day the program was set up on March 27, there was help available from the Australian Defence Force for the quarantine effort.

The decision to use private security over police or defence troops has been a contentious issue politically and before the inquiry. More than 30 security guards contracted COVID-19 while working in the hotels before the virus spread into the community and caused Victoria's second wave.

What we heard yesterday

Jobs Department staff given the task of finding private security firms for hotel quarantine were wary on day one of the crisis of dealing with a "cowboy industry," saying they didn't want "rogue" guards "prowling the corridors" of hotels.

A flurry of WhatsApp messages between staff at the department on March 27 – presented to the inquiry on Tuesday – show that doubts about the quality of the people being hired to provide security were there at the very start of the program.

"Gotta be careful with a lot of security companies. Heaps of cash work," one of the messages said.

The doubts were proved prescient after poorly trained and equipped security guards, many on cash payments or working as sub-contractors, helped spread COVID-19 into the community causing Melbourne's second wave of infections.

The Department of Jobs, Precincts and Regions Secretary, Simon Phemister, who gave evidence yesterday, said he believes the decision to use private security guards over police was made in a key meeting involving Victoria Police and Emergency Management Commissioner Andrew Crisp.

It was the first time a Victorian public service boss has given such a firm answer to that question. Mr Phemister said he believed the decision was made in a state control centre meeting that started about 4pm on March 27, two days before the first international arrivals would be quarantined in Victoria.

The inquiry has so far heard that Martin Pakula’s Department of Jobs, Precincts and Regions was responsible for contracting the private security companies who guarded returned travellers, as well as organising the hotels that hosted guests.

He told reporters last week that he believed the roles of his department had already been made clear during the inquiry.

"If I'm asked any questions about that at the inquiry next week, I’ll provide clarity if any more clarity is required," he said. 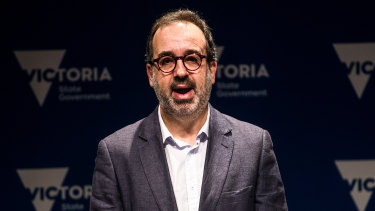 You can watch today's hearing live, below:

Good morning, it's Marissa Calligeros here and I will be with you for the day as we hear from government ministers for the first time at Victoria's hotel quarantine inquiry.

I would also like to give a shout-out to our most excellent designer Jamie Brown whose work you'll see all the time in the graphics, pictures and embeds in our live coverage without necessarily seeing his name.