Church rules will be relaxed to allow more ‘soft furnishings’ in a bid to help officials meet environmental targets.

Under plans set to be voted on at the Church of England’s General Synod next month, laws may change to make it easier for priests and parishioners wanting to install cushions, kneelers and carpets.

The proposals are being put forward as part of the Church’s target to achieve ‘net-zero’ carbon emissions by 2030.

Documents released yesterday from the Church’s green strategy propose that changes to ‘kneelers, hassocks, pew runners or cushions are permitted so long as they do not result in a major change to the overall appearance’.

Previously cushions were only allowed to be introduced without permission if they did not result in ‘a change to the overall appearance of the church’.

Other changes would have required a ‘full faculty’, the Church’s version of planning permission, from the consistory court. 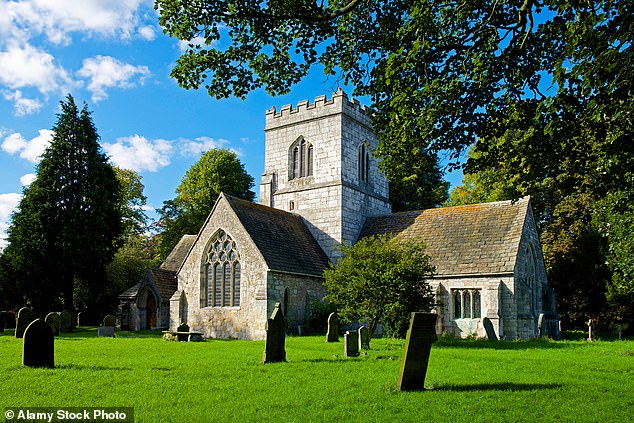 St Mary’s Church, in the village of Church Fenton, North Yorkshire. The change would make it easier for Church of England priests and parishioners to install cushions, kneelers and carpets

Some campaign groups have previously opposed similar changes and have provided written submissions calling for the preservation of historical pews and other aspects to the buildings.

Becky Clark, the Church’s director of churches and cathedrals, told The Daily Telegraph: ‘Putting cushions on seats, putting rugs on benches or small floor runners… underneath pews or seating can help stop people feeling cold and you can reduce the heating.’

Joe O’Donnell, the director of the Victorian Society, said that it is important that those in charge of listed churches ‘fully understand the significance of their building and its furnishings’.