Home » How the Mail charted 125 years of history in pictures

Rising from the ashes: The fire and devastation of the Blitz, the fashions of the Swinging Sixties, and the horrors of 9/11 and Hillsborough… how the Mail charted 125 years of history in pictures

Powerful, evocative, timeless. At the heart of a great newspaper are its photographs, as important as the words surrounding them in defining the events of the age.

Sometimes they are even more important, as the iconic image of St Paul’s Cathedral, impervious to one of the deadliest nights of the Blitz, proves.

All this week, we have been marking the 125th anniversary of the Mail with stunning pullouts of the great moments in our history. Today we celebrate the contribution of picture power, from the pity of war to human tragedy and sporting and cultural achievement.

And if one photograph symbolised the indomitable spirit of human resilience, it was that picture of St Paul’s on the night of December 29, 1940, rising above the Luftwaffe’s hellish firestorm. 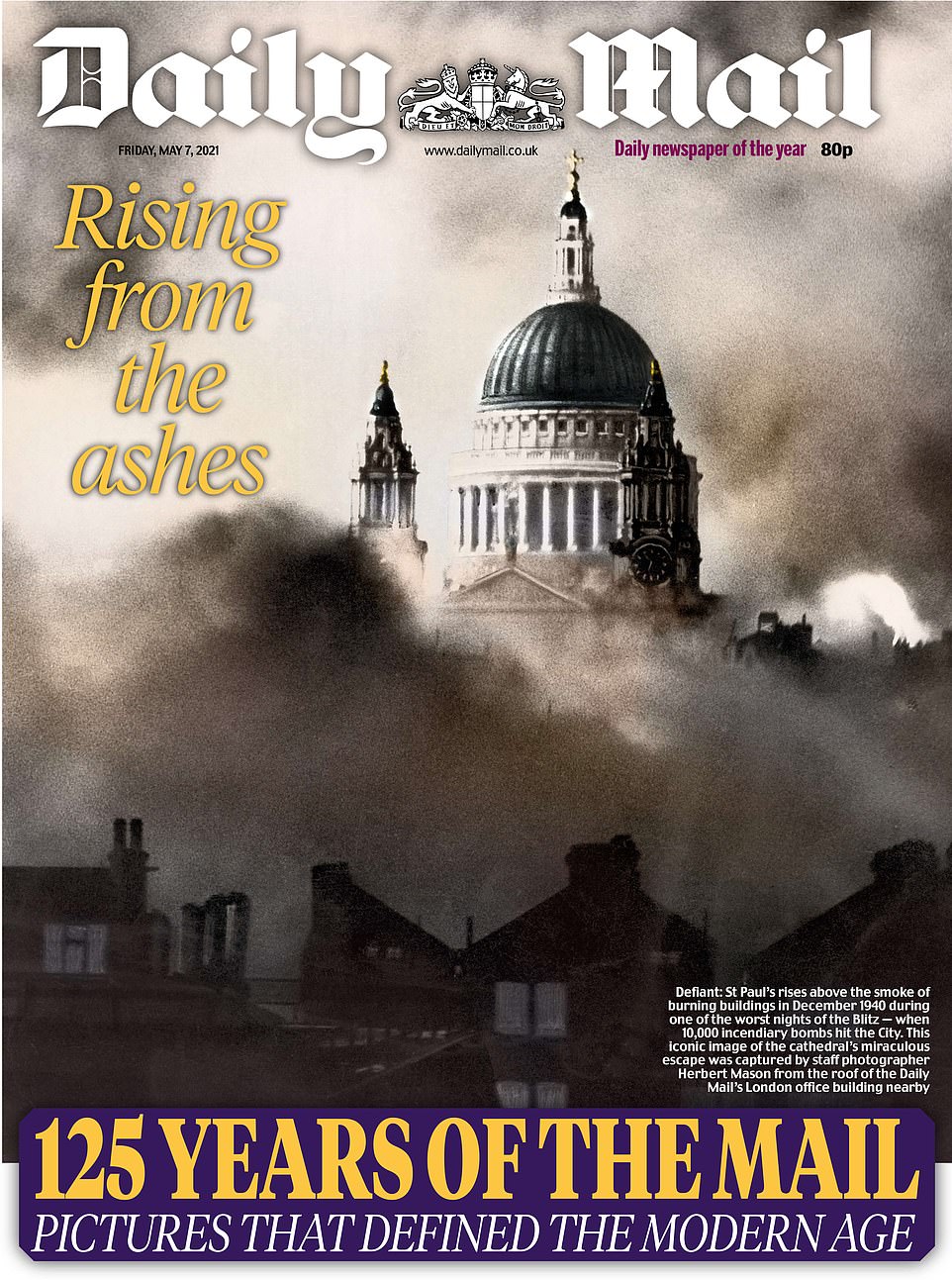 At the heart of a great newspaper are its photographs, as important as the words surrounding them in defining the events of the age

Taken by the Daily Mail’s chief photographer Herbert Mason, while on fire-watching duty on the roof of the newspaper’s office between Fleet Street and the River Thames, it was one of the greatest images of the Second World War.

Incredibly, the picture went unpublished for two days while censors considered whether it was in the national interest.

In the decades since, our cameras have recorded war’s most heart-stopping and tender moments. From a British soldier of the Staffordshire Regiment escaping from his burning infantry vehicle in Iraq in 2005 to a triumphant Prince Andrew returning a hero from the Falklands alongside a beaming Prince Philip.

The landmarks of the past are there, too: the slaughter of Household Cavalry horses by the IRA, Lord Tebbit on a stretcher out of the rubble of Brighton’s Grand Hotel, the shooting of Pope John Paul II and the SAS ending the London embassy siege.

Elsewhere, the cameras captured our sporting heroes in triumph – from Bobby Moore at the World Cup to Andy Murray at Wimbledon – and also our artistic stars, from Morecambe and Wise to Sean Connery and a youthful David Attenborough. 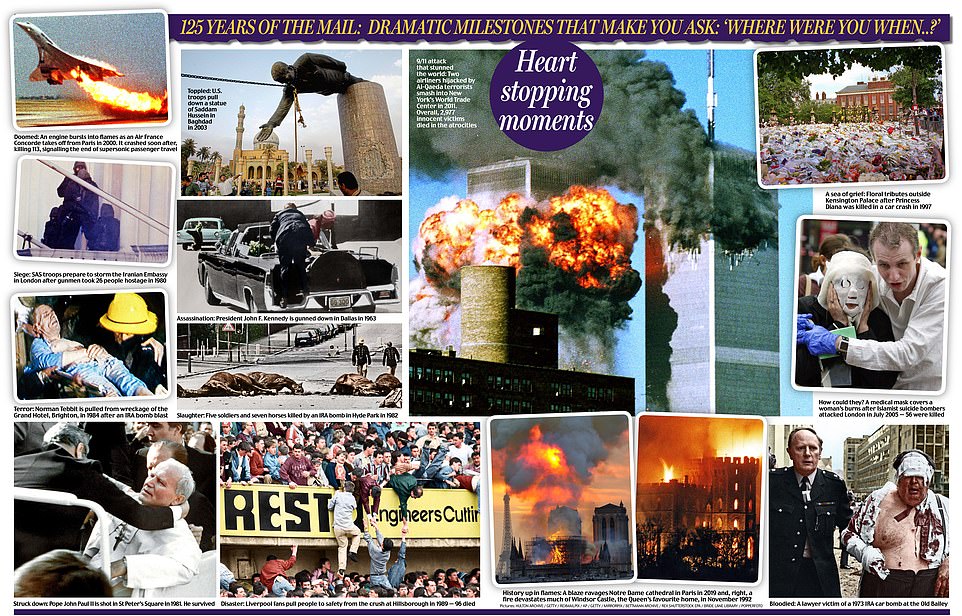 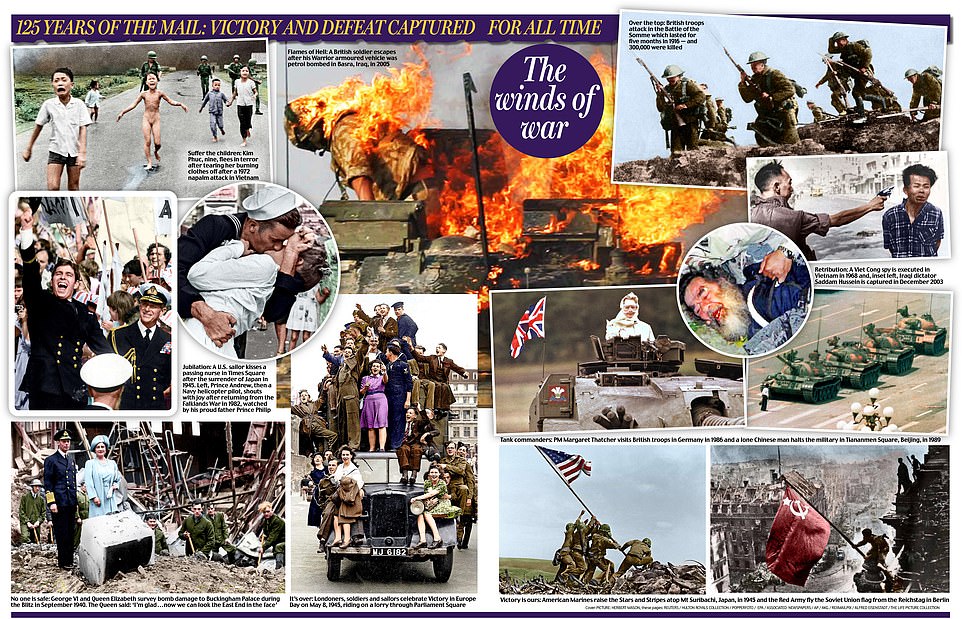 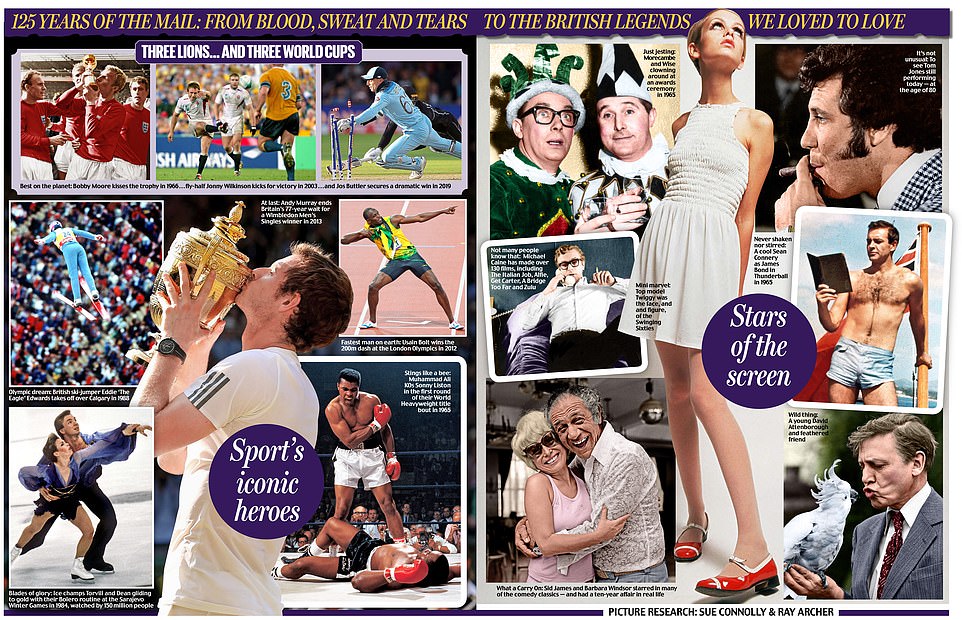 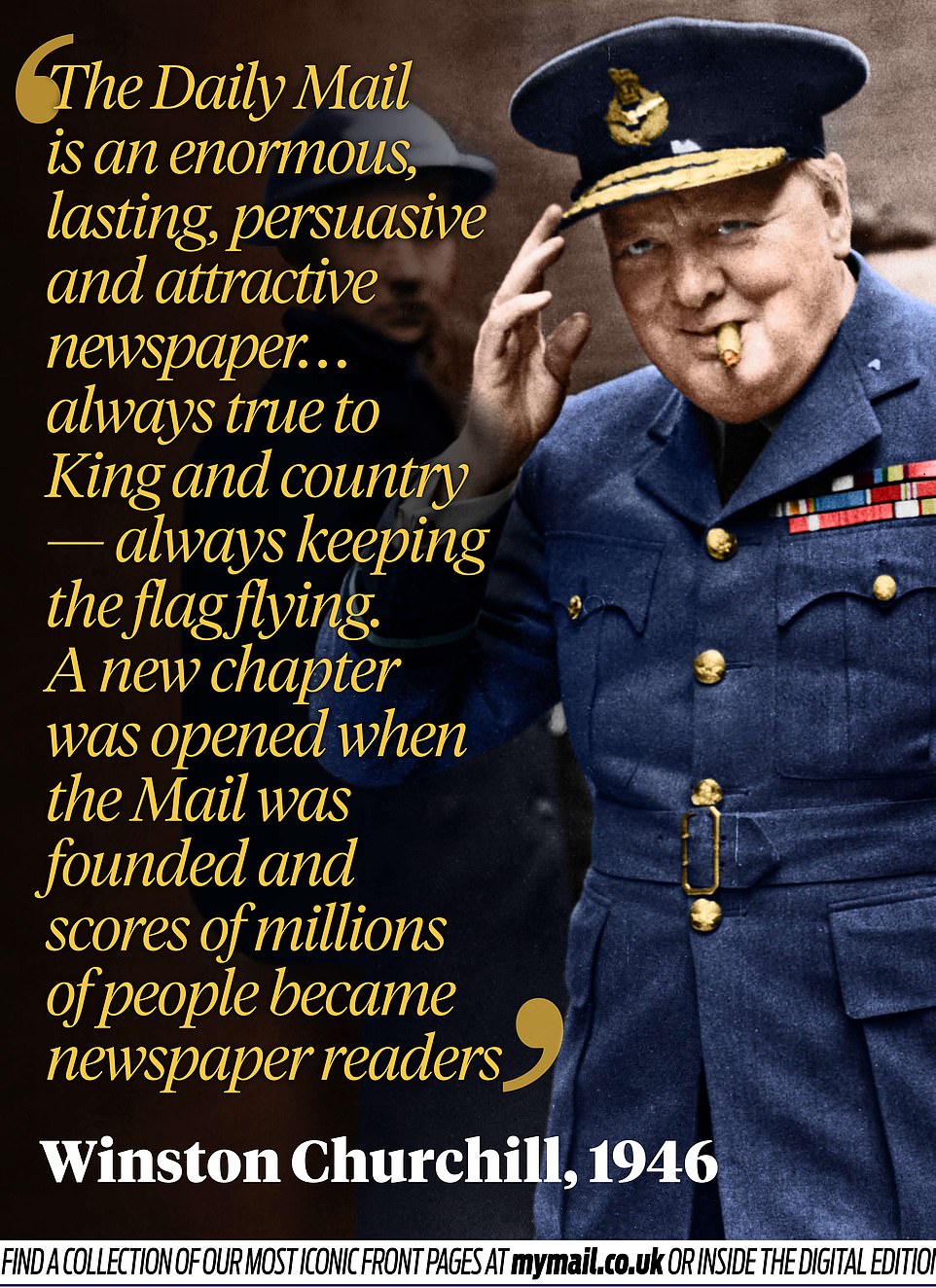