Hundreds of protesters took to the streets in Gotham Wednesday night in massive demonstrations over a Kentucky grand jury’s decision to clear the cops involved in the shooting death of Breonna Taylor of any wrongdoing.

More than 600 people massed outside Brooklyn’s Barclays Center by 8 p.m., with scores more crossing the Manhattan and Brooklyn bridges to meet them — even as hundreds of others marched down Manhattan’s Fifth Avenue.

“Forget, ‘turn the other cheek,’” one protester said over a loudspeaker outside the Brooklyn arena. “We’re way past that. It’s ‘eye for an eye’ now.”

Meanwhile, a throng of marchers in Manhattan chanted “say her name” as they made their way south from Fifth and Park avenues — with all of the demonstrations reminding peaceful early in the night. 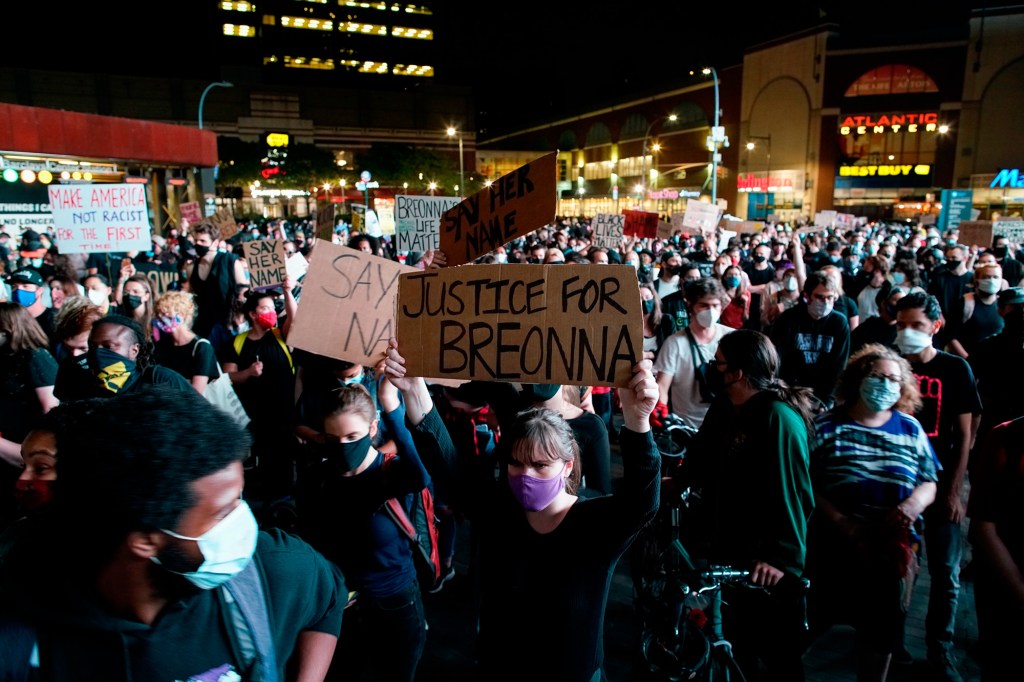 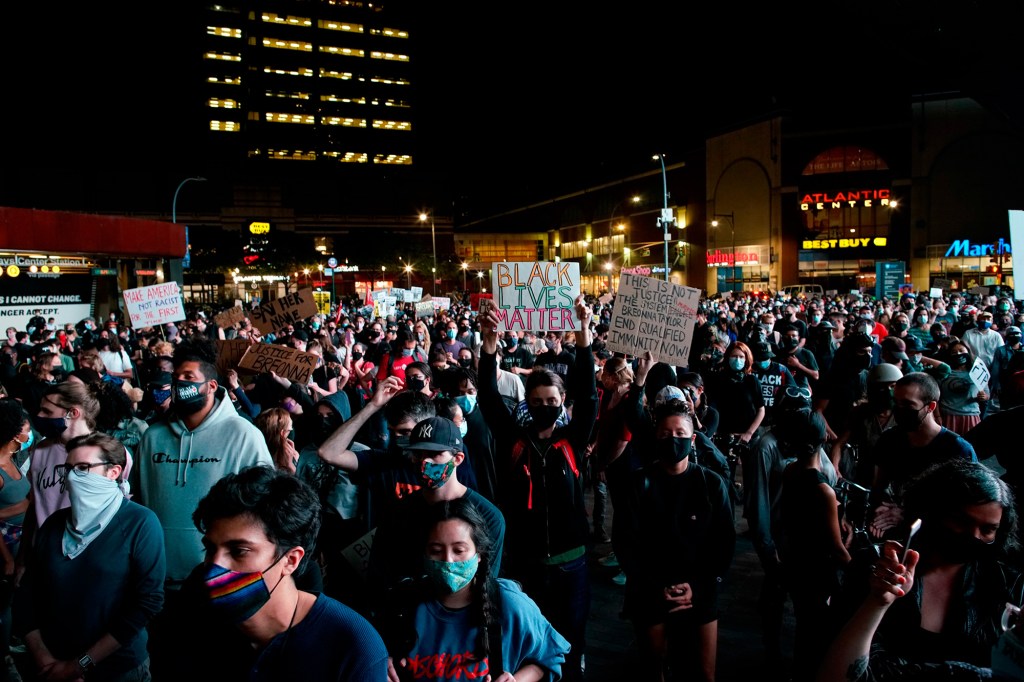