This is the brutal moment an antelope is eaten alive by cheetahs before they are chased away by a pack of hyenas who finish the job after stealing their meal.

The footage, shot in the Masai Mara Safari Park, Kenya, begins with five hungry big cats who have captured their prey and proceed to feast on it.

However, before they can fill their stomachs, three hyenas try their luck by aggressively chasing away the cheetahs in order to claim the beast as their own.

While cheetahs are built for speed, with superior aerodynamics, they lack the strength of the more ferocious hyena, which explains why they didn’t stay and fight. 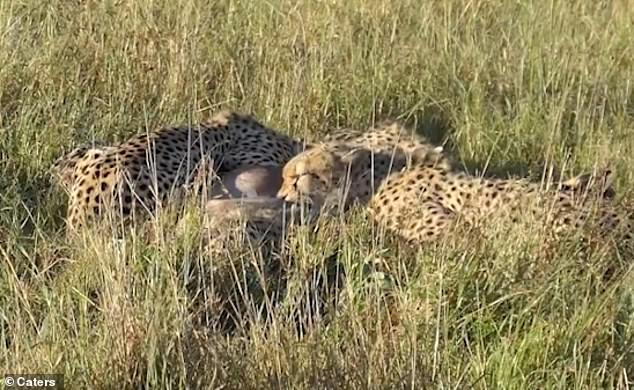 Five cheetahs feed on an antelope, while it is still alive, in the Masai Mara Safari Park in Kenya 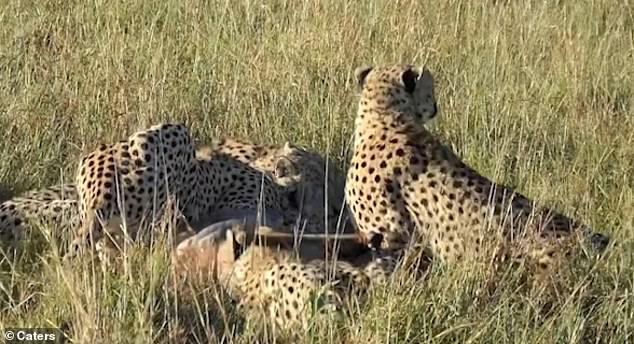 While dining, one of the hungry cheetahs spots hyenas nearby – and senses there could be trouble 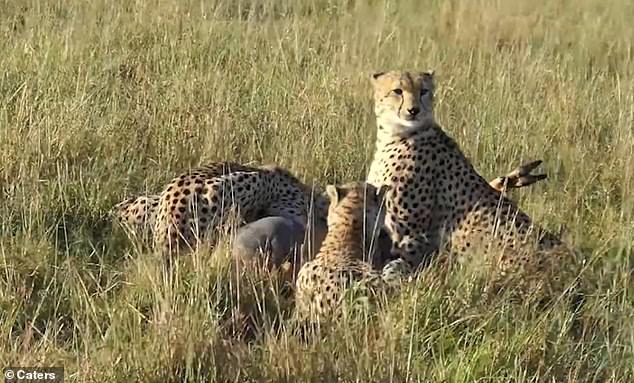 The cheetahs are right to fear the hyena interlopers. While the cat’s body is built for speed, it lacks the necessary strength to generally win a fight with the more ferocious hyena 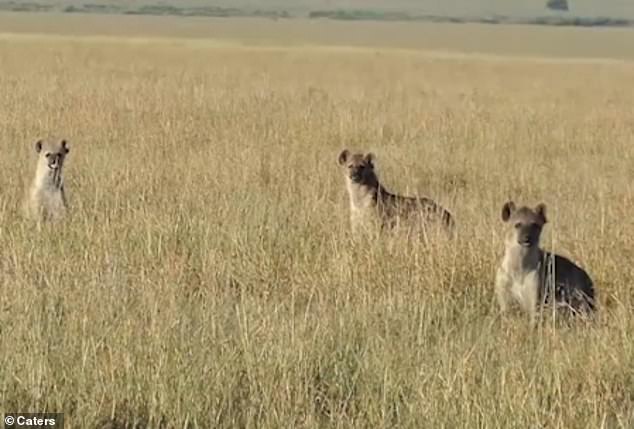 The antelope feast catches the attention of the hyena trio. It is not uncommon for them and cheetahs to steal each other’s food

Seeing a glimpse of hope, the partially gored antelope attempts to escape after struggling onto its hooves.

After a brief chase, the weakened and bloodied animal is tackled to the ground, whereupon the hyenas waste no time tearing away at its flesh.

The scene of nature at its rawest was witnessed by Dmitry Kedrov, who travelled from Saratov, Russian Federation, to Kenya in March.

The 56-year-old doctor said: ‘All those present watched with interest, marvelling at the life force of the antelope.

‘I understood that we became involuntary witnesses of the struggle for survival – the so-called “circle of life”.’ 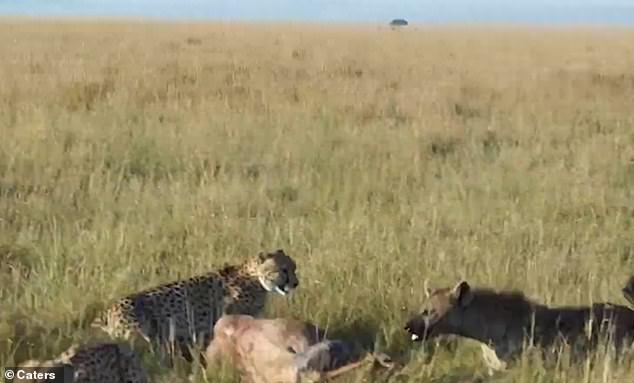 When the hyenas disrupt the meal, the cheetahs decide to flee immediately – at which point the stricken antelope sees its chance to escape 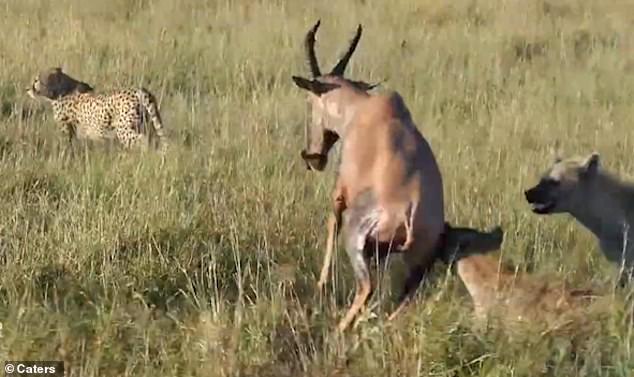 The partially eaten antelope struggles to its feet before trying to flee. Usually, hyenas feed on animals killed by other predators 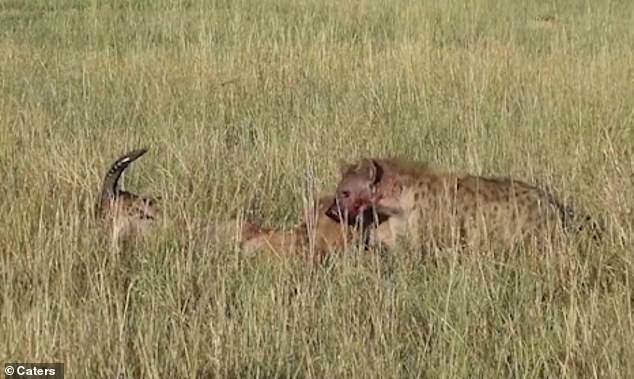 After a brief chase, the pack catches the unfortunate creature, who instantly becomes dinner – for a second time, in the footage taken in March