A man was killed after being hit by a chair thrown by an employee of a Missouri concert venue after a Dave Matthews Band performance, a lawsuit has claimed.

Jefferson City resident Jasen Smith, 44, was searching for his wife’s souvenir T-shirt when he suffered the fatal injury on May 15, 2019.

The wrongful death lawsuit was filed by Jason’s wife Darcey Smith last month against Live Nation – the owners of the Hollywood Casino Amphitheatre.

Lawyers for Live Nation are now seeking to transfer the lawsuit to the federal court in St. Louis. 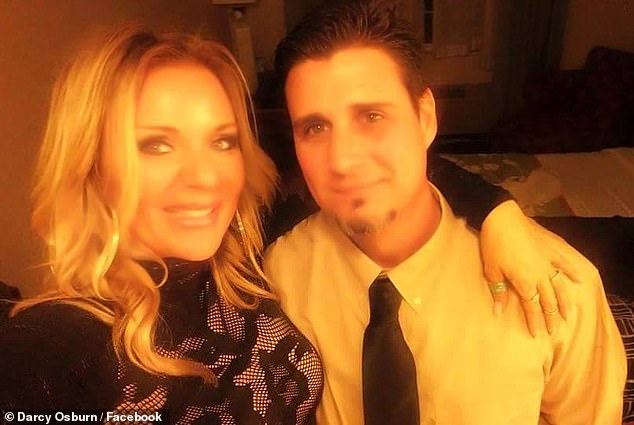 Jasen Smith, right, pictured with his wife Darcey. Jasen died after he was struck in the head by an object when he went to find his wife’s souvenir T-shirt after a Dave Matthews Band concert in Missouri last year

The lawsuit claims that employees were collapsing hundreds of chairs that had been set up on the lawn for the concert.

Meanwhile, Smith was walking back through a pedestrian walkway called ‘the moat’ in the amphitheatre after Darcy realized she had left the souvenir shirt.

As he was walking down the pathway, he was struck by one of the chairs, the suit says.

The chair that hit Smith caused him to fall backwards and hit his head on the concrete walkway.

When he didn’t return, his wife called his phone at around 11:10 p.m. but to her surprise, a paramedic answered.

She rushed to where he husband was and found him unconscious and bleeding from his ear, according to a report in May 2019 by the St. Louis Post-Dispatch. 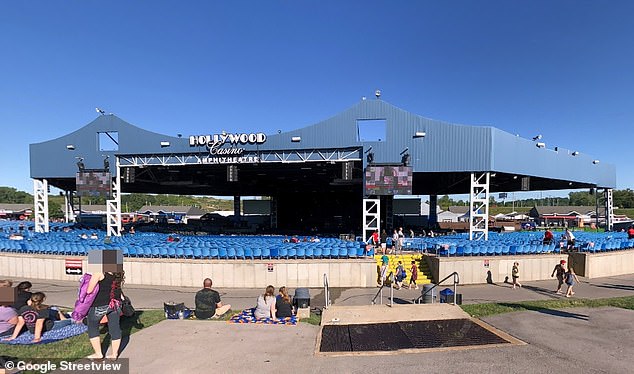 Pictured: The Hollywood Casino Amphitheatre where Jasen Smith, 44, died after being struck in the head by an object. A lawsuit claims the object was a chair thrown by an employee at the concert venue

The suit claims that employees of the venue, believing he was drunk, were slow to provide medical care for Smith, who died next morning in hospital of a brain injury.

Chip Gentry, the family’s attorney, said at the time that doctors had determined that Smith suffered a blunt force injury to the back of his head that fractured his skill.

How the injury was caused remained a mystery to police, who called for witnesses last year, but Gentry said that he was not aware of any further findings by the police since. 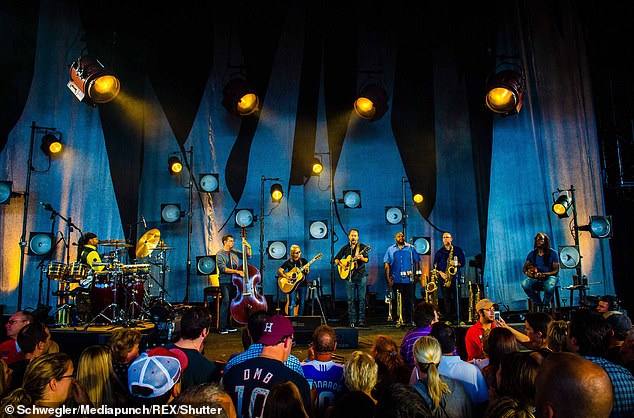 The allegations in the lawsuit, he said, were based on lawyers’ ‘good faith investigation and what we believe happened’.

Speaking at the time, Gentry said the family were ‘devastated’. ‘You can’t fathom going to a Dave Matthews Band concert on a Wednesday evening and being struck by something which cost you your life. We will certainly dig deep to hold those responsible accountable.

‘He was a great business man and father to his twin boys. He ran a really neat car lot in town that specialized in custom trucks. 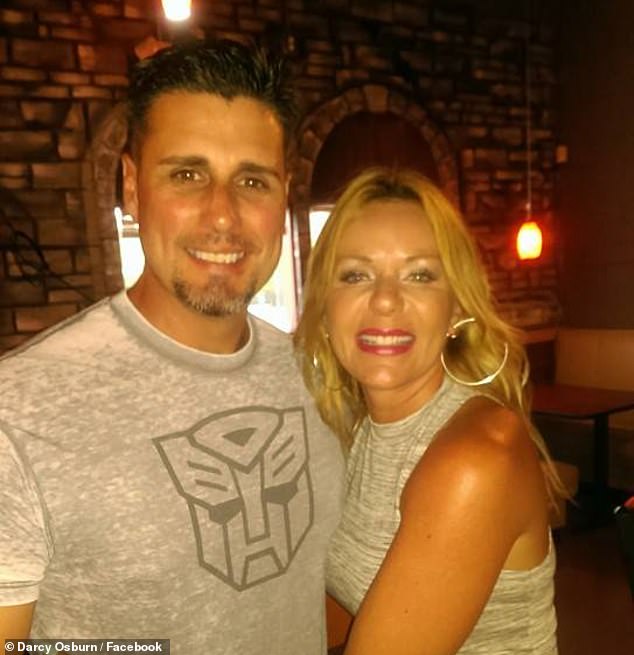 The suit claims that employees of the venue, believing he was drunk, were slow to provide medical care for Jasen Smith (left), who died next morning in hospital from a brain injury

‘There were 1,000 people at his memorial service. He had a good reputation and a lot of friends. He coached his kids’ teams,’ he said.

Smith is survived by his wife and twin sons, who were 10 when he died.

The St. Louis Post-Dispatch said that Live Nation lawyers did not respond to an email sent seeking comment.