A MUM claims that her children were left to eat their Christmas school dinner on the FLOOR after she had a row with their teachers.

Andrea Roberson said her children, aged eight and 10, were taken off the register two days before the end of term after the kids were "forced" to eat in the corridor. 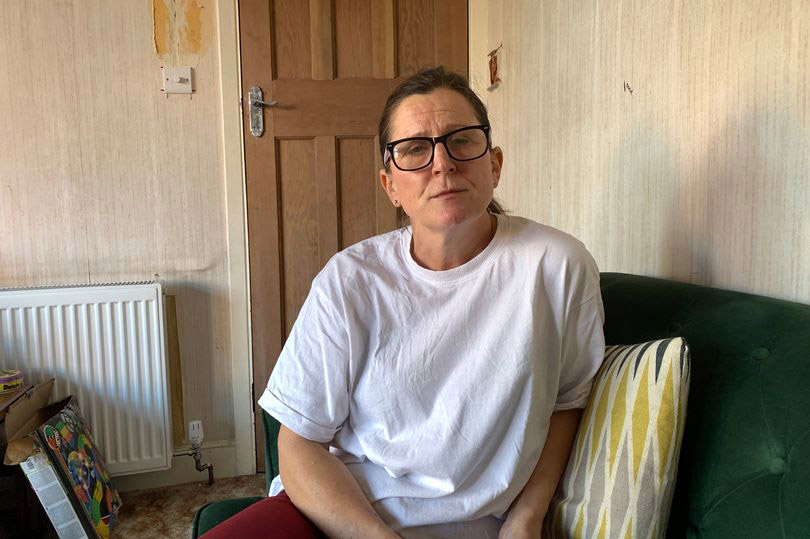 The row started after the school claimed the youngsters, who had tested positive for Covid, should have isolated for an additional day – but the mum insists that they had been off for 10 days already.

She was told to collect her children from school after dropping them off on Monday morning, but she said their isolation period was over.

The school then removed the two children after an argument over the amount of time they should stay away from class.

They had to eat their Christmas dinner on the floor of the corridors in the school, the mum said.

Ms Roberson told BerkshireLive: "This is a disgusting way to treat children.

"They were left in a corridor and had to eat their Christmas dinner on the floor.

"They even had to watch other children walk past in their party hats.”

After arguing over the length of their isolation, the misunderstanding escalated and the children were removed from the school register, Andrea said.

The mum then fired off an email in frustration saying the children would not be coming back to the school.

She said: “I never meant forever. I just meant until the following term as there were only two days to go of that term.

“I wrote several other emails but they were all ignored and all I got was an email from the headteacher who I have never spoken to at all saying they had been removed from the roll.

“This is not right. How can they decide that so quickly without even checking first?”

Senior leadership at John Rankin said in a statement: “Regarding taking children off roll. We only do this when told by parents that their children will not be returning to the school.

"We take safeguarding very seriously, our most recent Ofsted report highlights a strong culture in this area.

“We would not comment on individual families or cases, but like all schools at this current time we are working hard to keep John Rankin open and safe to all our families."

The letter stated it is "increasingly difficult" with such high levels of Covid and that it has followed government guidelines regarding isolation periods.

It added: "When there is a query, we take advice from our colleagues at West Berkshire Council."

Ms Roberson said she found the lack of communication with her “disgraceful”.

She said: “I am just trying to make a new life here. Instead, we have been put through such terrible stress.

"The children have been worried all over Christmas that they have no school to go to.”

West Berkshire Council said it is unable to discuss or comment on individual cases which should be resolved via the school’s formal complaints procedure.

A spokesperson added: "School places are available in Newbury in the relevant age groups.

"Our admissions team is always willing to assist parents in finding a place for their children, where appropriate at the same school.

"We take any safeguarding concerns seriously and will always investigate to establish the facts.”

The children have since been offered a place at another Newbury school.