A MAN in China that spent 25 years folded in half in a crippling spine condition was told by doctors that any surgery could kill him.

Li Hua was just 18 when he began developing ankylosing spondylitis – a rare type of arthritis that caused his spine to curve. 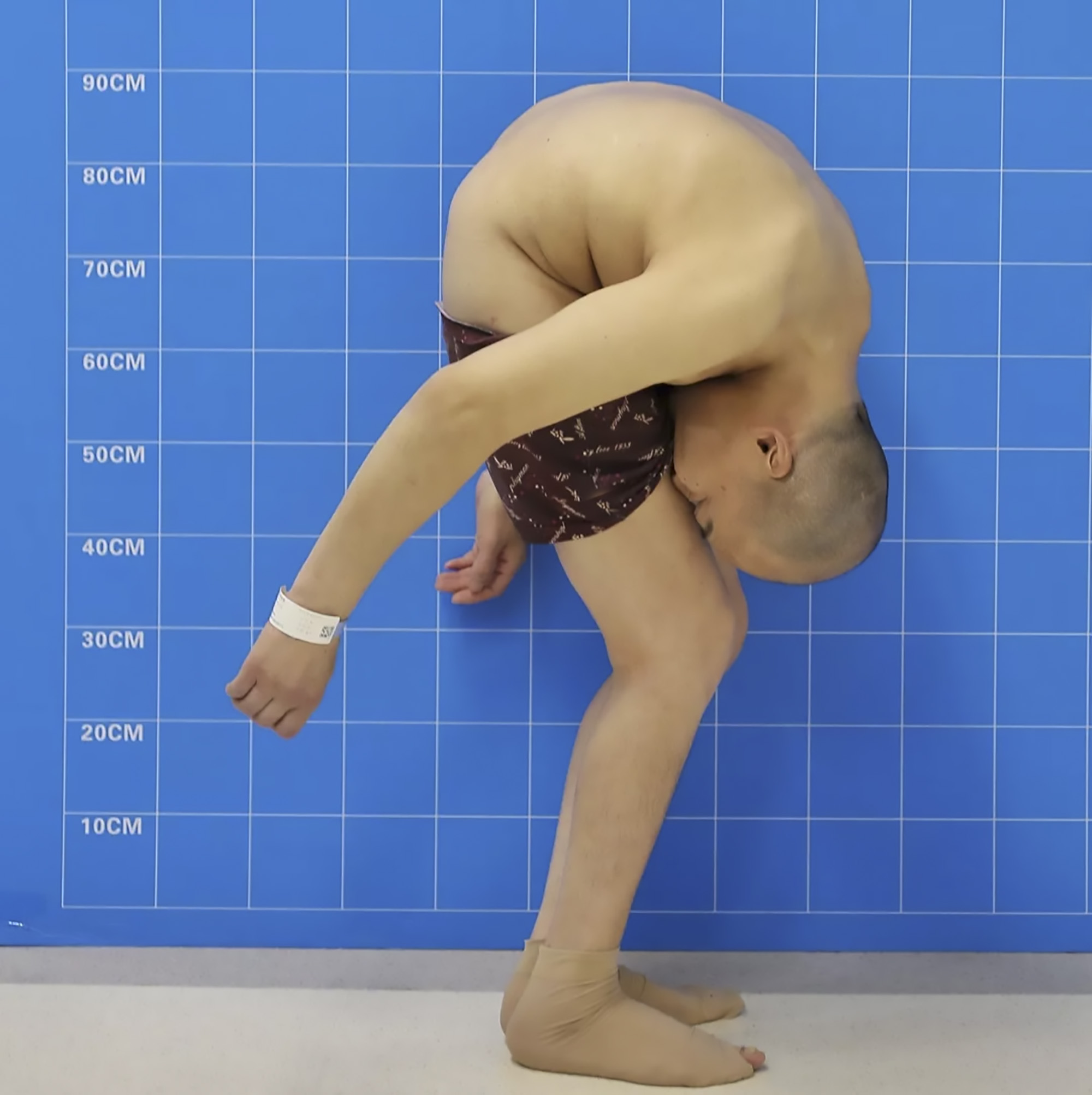 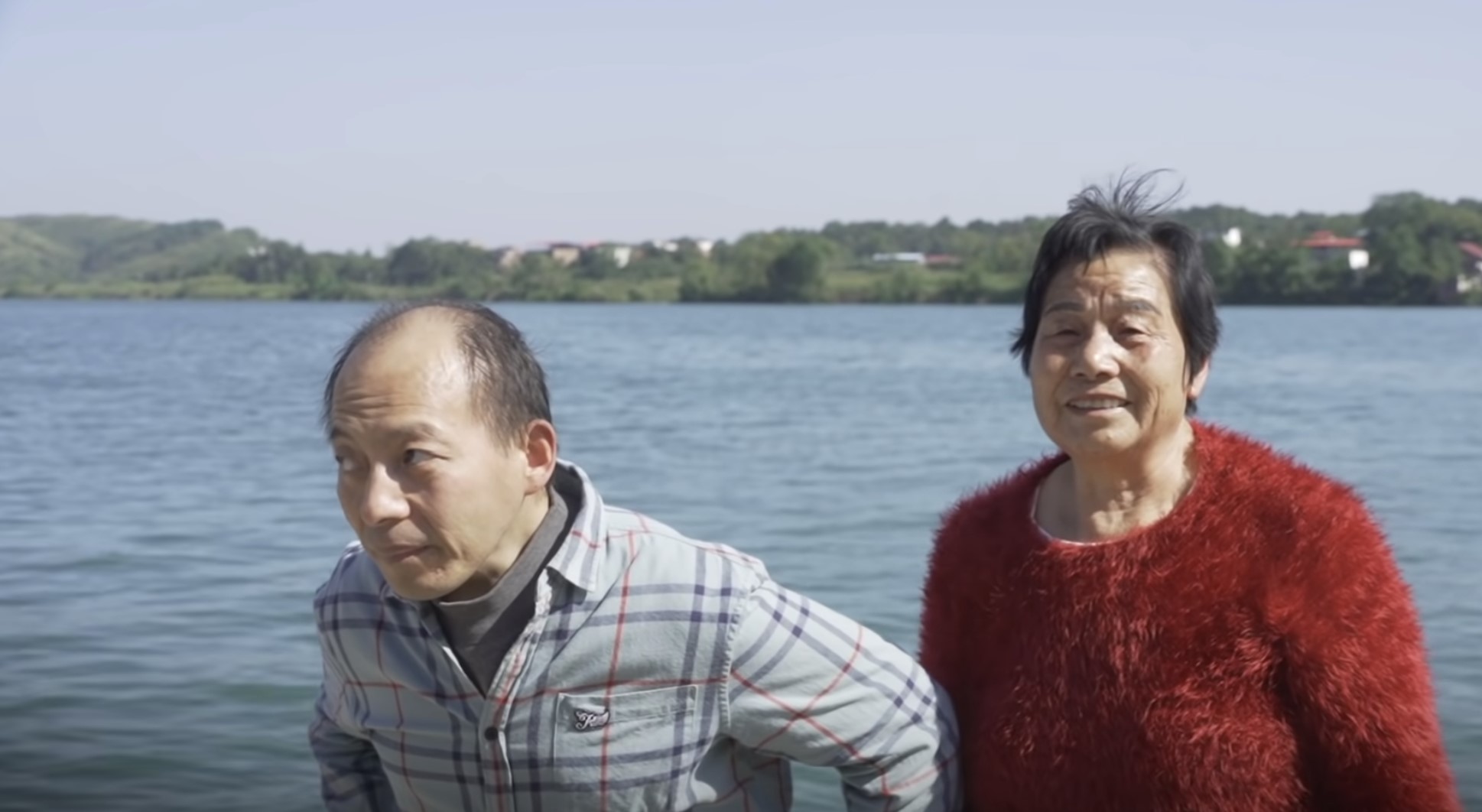 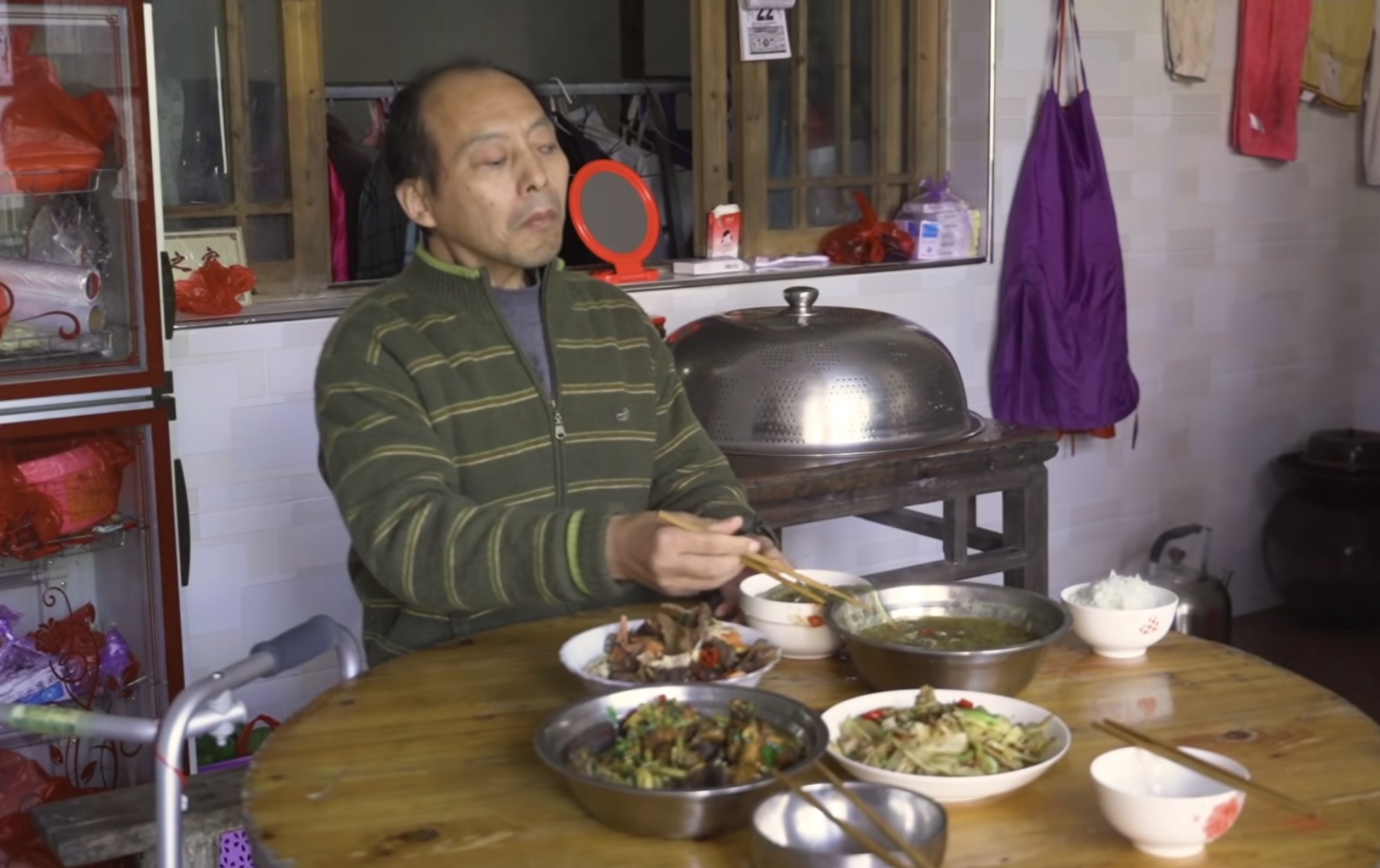 "But he began developing pain in his spine when he was 18. I had been taking him from one hospital to the next since."

Since 2009, his terrible condition meant he had lived with his face pressed up against his thighs, with just 1.86 centimetres between them.

"Before the surgery, no one believed I would ever stand up again", Li told South Morning China Post.

"After all, my head and my pelvis were so close together."

The 47-year-old had been unable to stand up straight, eat or walk properly for more than 25 years because his family in rural China were unable to find doctors that were willing to operate on him.

"In the past, he would get very upset and cry 'how come there is no progress after so much treatment? How come others were healed and not me?'," Tang recalled while wiping away tears.

"He would get depressed sometimes. I often told him to go look on the internet. If you see anyone who may be able to treat you, I will take you there.

"I will take a loan from the bank and pay it back slowly."

Although Tang tried not to complain, she was always worried about who would take care of her son when she passed away.

"My biggest worry was about who would take care of him after I die," she said.

"No one would take care of him. He would be miserable. There would be no one to help him go to the toilet.

"I often had to clean his excrement from the toilet. Who would do that?"

Their lucky break came in 2019 when Li found Dr Tao Hurien a spinal surgeon located 500 miles away from his village inYongzhou.

Mr Li undertook the journey toShenzen with his 71-year-old mother in June 2019.

Speaking before the first surgery, Dr Hurien warned Li and his mum Tang: "The operation is risky.

"He could go into haemorrhagic shock, become a paraplegic or even die. You need to be mentally prepared for all of these scenarios."

I can look into someone else's eyes now

Mr Li, whose entire body appeared to fold on itself, was described as China's only 'three-on' patient: chin on chest, sternum on the pubis, and face on the femur.

The series of four high-risk surgeries took place between August 15 andOctober 31 and involved breaking Mr Li's bones in sections and straightening them out again.

The longest of the operations took 10 hours and 25 minutes on 18th September.

Mr Li's successful surgeries were followed by half a year of intense rehabilitation and now the 47-year-old can get by with a walker.

Footage filmed at his home shows Mr Li sitting up straight while eating, working in his family's store and going for a walk with his mum.

"To be able to stand up, lift my head up, take medications on my own, sit up straight, lie flat in bed…I didn't care about doing such things before the surgery."

Thinking about the future, Mr Li said that he plans on starting his own small business so he can help take care of himself and his elderly mum. 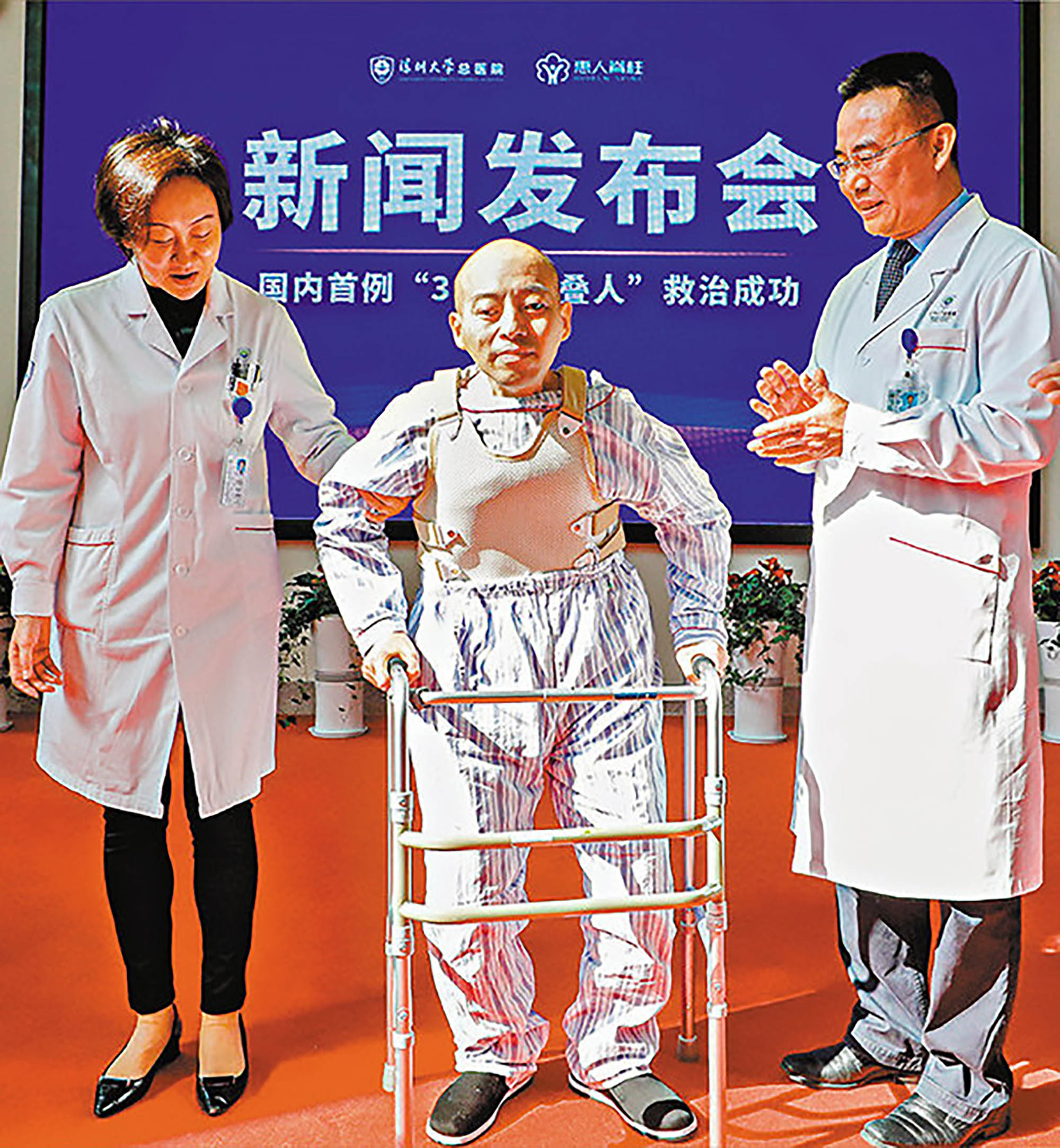 What is ankylosing spondylitis?

Ankylosing spondylitis (AS) is a long-term condition in which the spine and other areas of the body become inflamed.

AS tends to first develop in teenagers and young adults.

It is twice as common in men as women, according to the NHS.

The symptoms of AS can vary, but usually involve:

These symptoms tend to develop gradually, usually over several months or years and may come and go over time.

In some people, the condition gets better with time, but for others, it can get slowly worse.

There's no cure for AS and it's not possible to reverse the damage caused by the condition.

However, treatment is available to relieve the symptoms and help prevent or delay its progression.

Surgery is sometimes needed to repair significantly damaged joints or correct severe bends in the spine.