A WOMAN living in a mouldy flat has told how she has been waiting FOUR YEARS for the council to fix her leaky window.

Justeen Fellows says her property in Tipton, West Mids, has been plagued by problems, while repeated leaks have ruined her furniture. 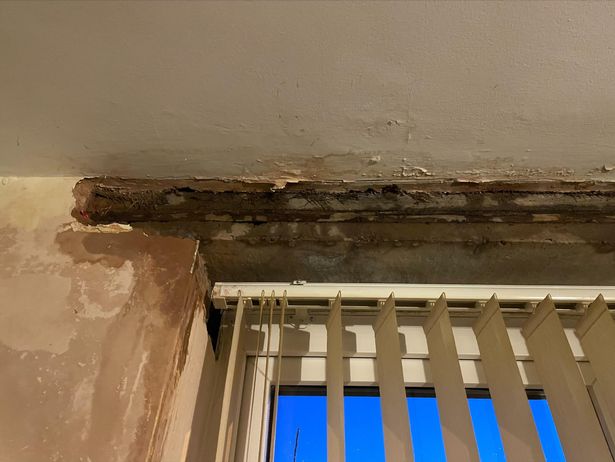 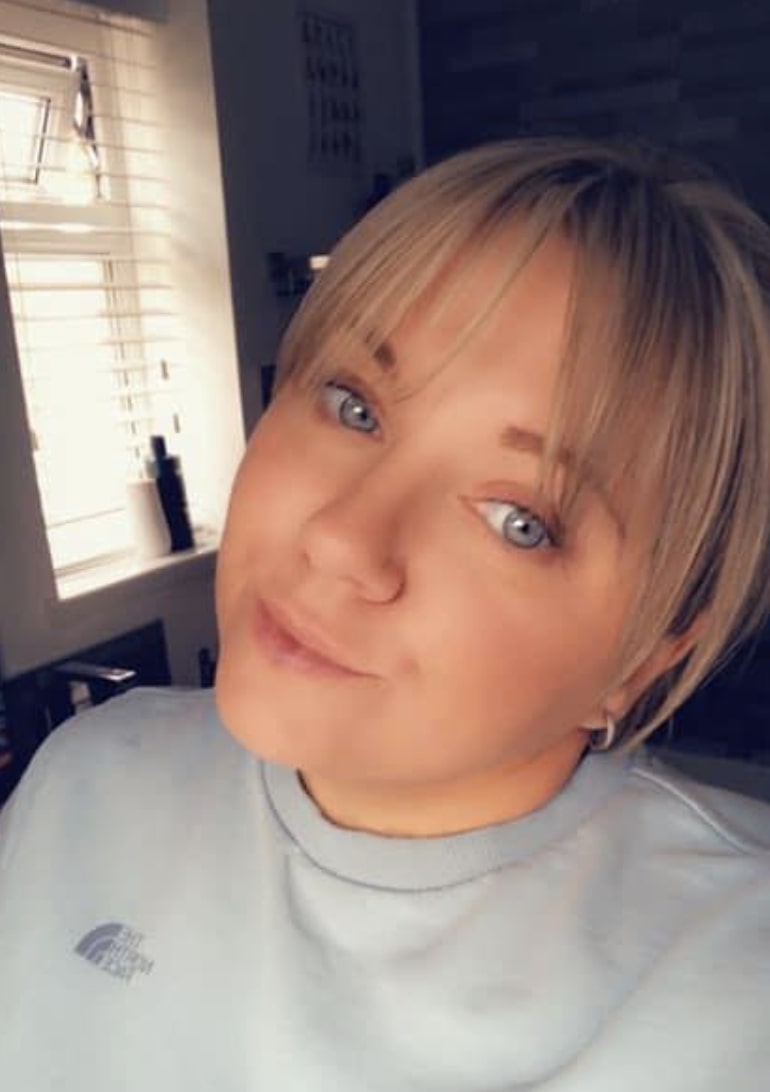 The frustrated 37-year-old claims council bosses have fobbed her off for almost half a decade – and wouldn't even bring her a bucket to catch drips.

She says she has complained about the same leaking window for four years but it has still not been repaired – despite the damage "getting worse and worse".

Justeen has been battling with Sandwell Council while suffering from a long-term health condition that causes widespread pain, fatigue and mental health problems.

Despite a series of repairmen being sent out to the flat, she says the leak has continued to pour into the family home, causing it to become mouldy.

Lino, curtains, carpets and blinds have all been destroyed, she said.

"The plaster was peeling away so bad that we had to completely strip the wall bare and expose the brickwork," she told the Local Democracy Reporting Service.

"Often the repairmen, who I can’t fault as they have been so lovely, have sealed the windows, but the leak is still coming through.

"Clearly that hasn’t worked because the damage is getting worse and worse.

"We thought as a family we have to get involved now, because it is absolutely ridiculous the position we are in.

“We are disgusted with this treatment by Sandwell Council."

Justeen says they tried to phone an emergency repairs number listed on the council's website but were refused help as the issue was already logged as an "ongoing repair" in their system.

She shares the home with a number of other family members who also suffer from ailing health, and says she is "terrified" for one relation, who has fibromyalgia.

"I feel like she has given up the ghost. She loves decorating her home, and is so proud of it, but now she doesn’t know what to do," Justeen said.

Local councillor Kerrie Carmichael said the repairs were delayed due to waiting for "materials and a further item that is in the process of being made".

But fellow councillor Scott Chapman slammed the response and called for an investigation after a series of "bodge jobs".

He said: "It is completely unacceptable that Ms Fellows is still waiting for a proper repair for over four years.

"The council must undertake a full investigation into the cause of the leak to ensure that the next fix is a permanent one rather than a series of bodge jobs."

A spokesperson for Sandwell Council said: “We are very sorry that Ms Fellows has experienced issues with a leak and the council is working hard to resolve the problem.

"We have carried out work on various occasions, and on December 8 we removed the external UPVC moulding and sealed the gap under the window sill that has been causing the rain to leak into the property.

"We have also drilled some small holes to allow the water to run outside rather than into the ceiling.

"We will be replacing the living room window to the flat above, to allow for further exploratory works to eradicate the water penetration.

I'd wake up & buy vodka instead of getting kids from school, says Michelle Heaton

MAN WITH A PLAN B

"Once this work is complete, appointments will be made to carry out the plastering and decorations. Hopefully these actions will resolve the problem.

"We apologise again for the inconvenience the leak has caused." 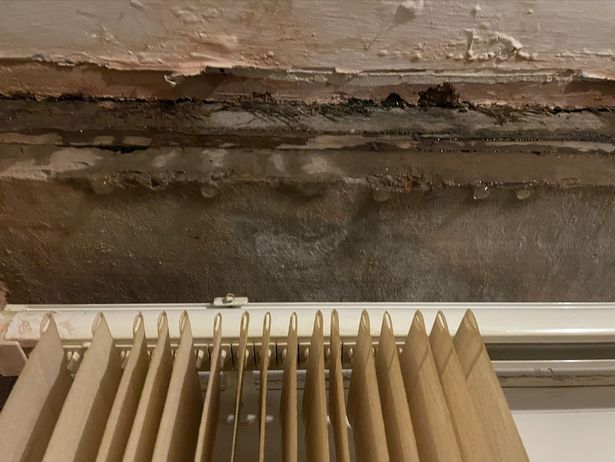