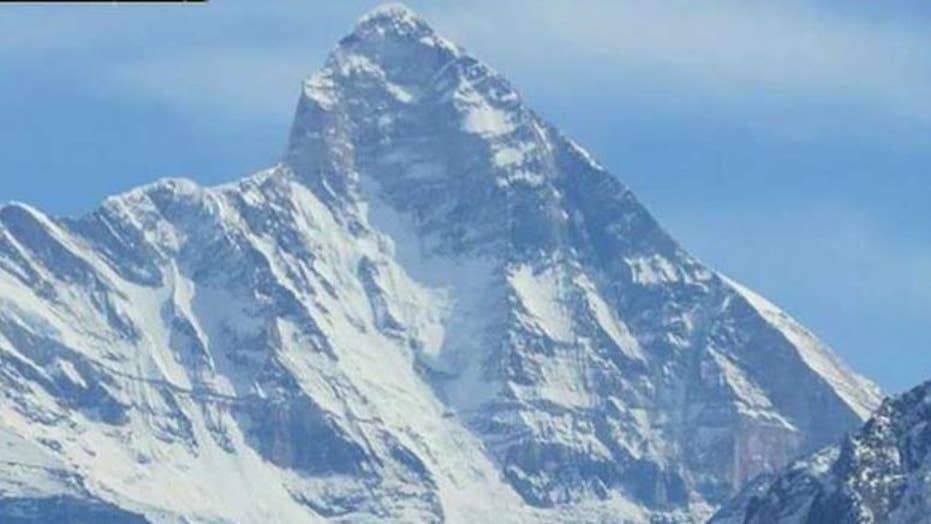 Eight climbers are missing in the Himalayan mountains. The group included two Americans who reportedly lost contact last week, a day before an avalanche.

Officials in India had to scuttle an attempt on Wednesday to retrieve five bodies believed to be members of an international climbing team that went missing on the country's second-highest mountain after a rescue helicopter was unable to reach them.

All eight of the climbers are presumed dead after disappearing May 26 on Nanda Devi East, a notoriously dangerous Himalayan mountain.

Three attempts were made Wednesday to retrieve the bodies, but high winds combined with tough terrain left helicopters unable to get to the spot where five bodies were discovered earlier this week.

"Due to continuous snowfall in the region the bodies might be covered by snow which would further complicate the challenge for the rescue team,"  Vijay Kumar Jogdande, an official in Uttarakhand state, told The Times of India.

The mountaineers, led by veteran British climber Martin Moran, had set out to reach the top of an unclimbed, unnamed 21,250-foot ridge, but lost contact with their base camp after an avalanche swept through a section of the mountain. Nanda Devi East is a twin peak of Nanda Devi, India's second-highest mountain, and the two are connected by a razor-sharp 1.2-mile ridge at an elevation of 22,000 feet. 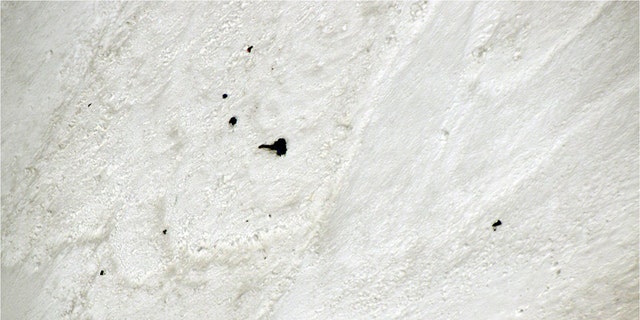 Equipment and bodies believed to be missing climbers can be seen partially buried in snow on Monday on Nanda Devi East in India.
(Indo Tibetan Border Police)

The missing team began its ascent of the peak on May 13. It included four Britons, two Americans, an Australian and an Indian liaison officer.

The two Americans have been identified as Anthony Sudekum and Ronald Beimel. Sudekum’s children told PEOPLE magazine they were hoping their father may still be alive.

“It is with knowledge that, if he and his team members were swept by an avalanche, survivors may be in an unexpected location below the fan of the avalanche, which could be very difficult to search properly under current conditions,” family members said. 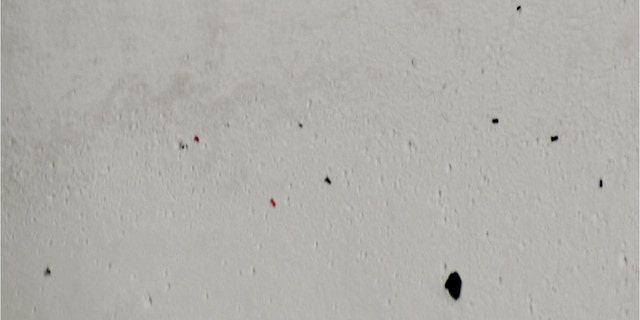 All eight of the missing climbers are presumed dead after disappearing May 26 on Nanda Devi East, a notoriously dangerous Himalayan mountain. Partially-buried equipment and bodies were spotted Monday.
(Indo Tibetan Border Police)

The status of the other three climbers still is not known, but officials have said their bodies are likely to be near the five who had been spotted, according to Reuters.

Officials had devised a plan to use helicopters and a ground team to retrieve the five bodies, spotted at an altitude of 16,404 feet, and to search for the three other mountaineers until conditions caused the mission to be "not feasible."

The team had last been in touch with base camp on May 26, according to four members of the expedition, all British nationals, who had remained there, hemmed in by the heavy snowfall, and rescued Sunday.

Amit Chowdhary, a spokesman for the Indian Mountaineering Foundation, said that, when the team at base camp stopped receiving radio updates from the other expedition team, one person went to look for the missing climbers the next day.

"There was a trail of the climbers there and the trail ended in an avalanche. There was evidence of a very large avalanche," Chowdhary said.

A status report obtained by the Associated Press aid the challenges include the "bowl-like" geography of the terrain, wind turbulence and the risk of further avalanches.

It recommended an expedition on foot, though Jogdande told The Times of India the operation to extend the bodies might take over a week.

Fox News' Greg Norman and The Associated Press contributed to this report.