A ZOO once dubbed Britain's 'worst zoo' by one customer where nearly 500 animals died and a keeper was mauled to death failed to meet 'basic standards' of animal welfare, an investigation found.

Appalled visitors have called for South Lakes Safari Zoo in Cumbria to be "closed down" after seeing the "very depressed" and "stressed" out animals. 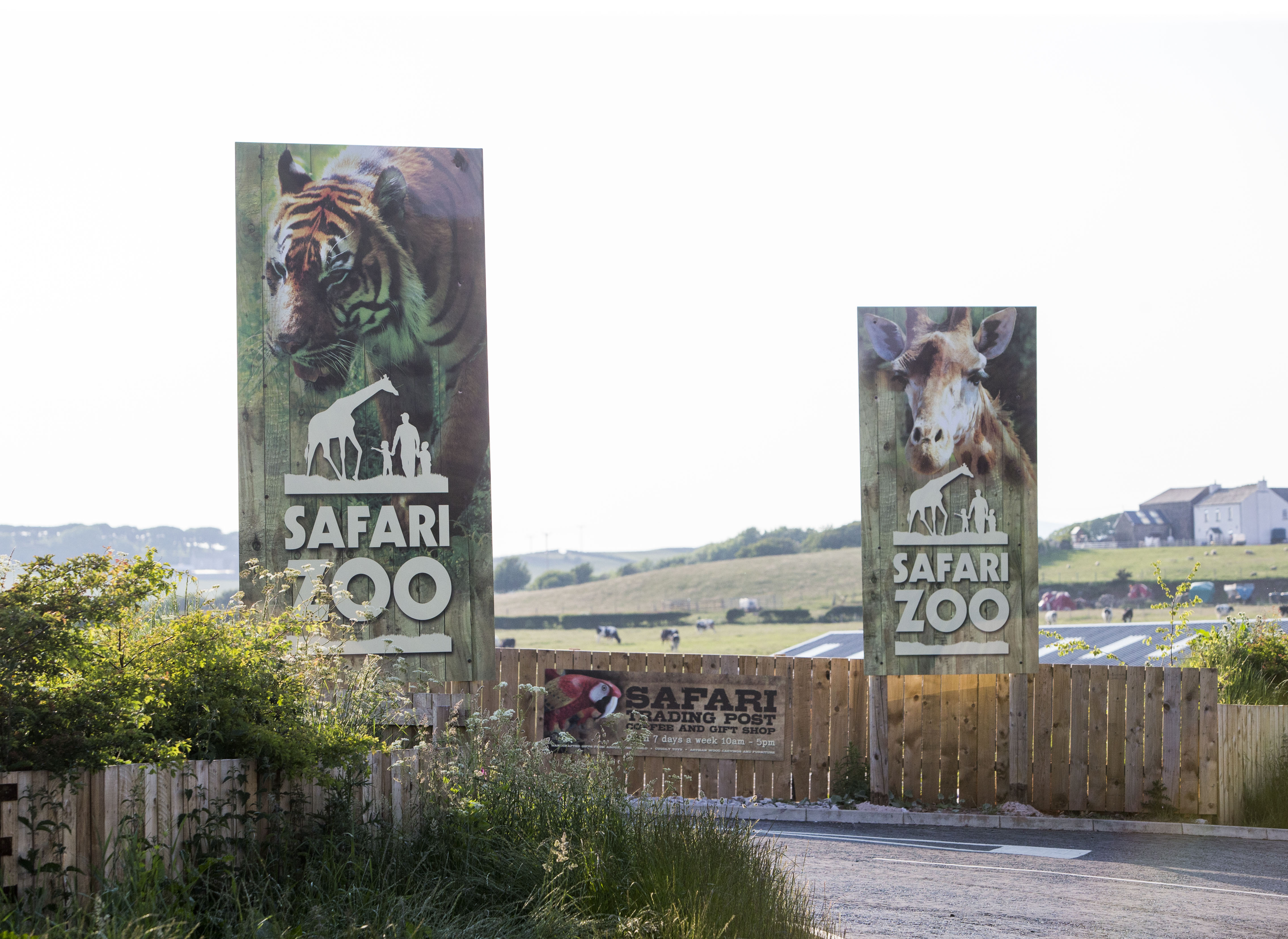 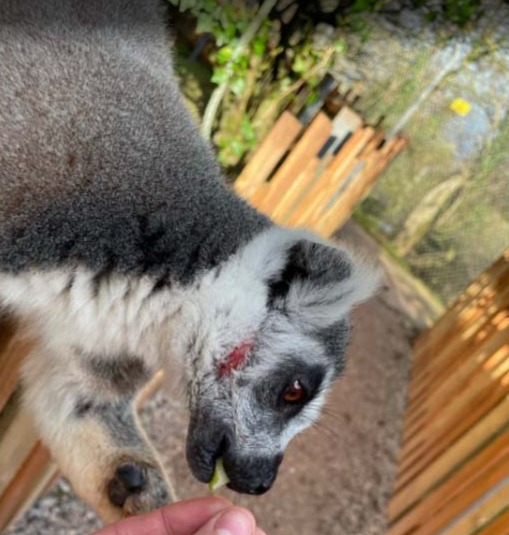 It comes as a damning report, which is disputed by the zoo owners, claimed animals were locked up in filthy tiny enclosures all day.

The zoo now could face possible closure for the second time in the past five years, the local council said.

In 2017, a horrifying report revealed how conditions were so bad a jaguar had chewed off one of its paws and snow leopard cubs were found partially eaten.

Seven healthy lion cubs and five young baboons were also “euthanised” because there was not enough room. 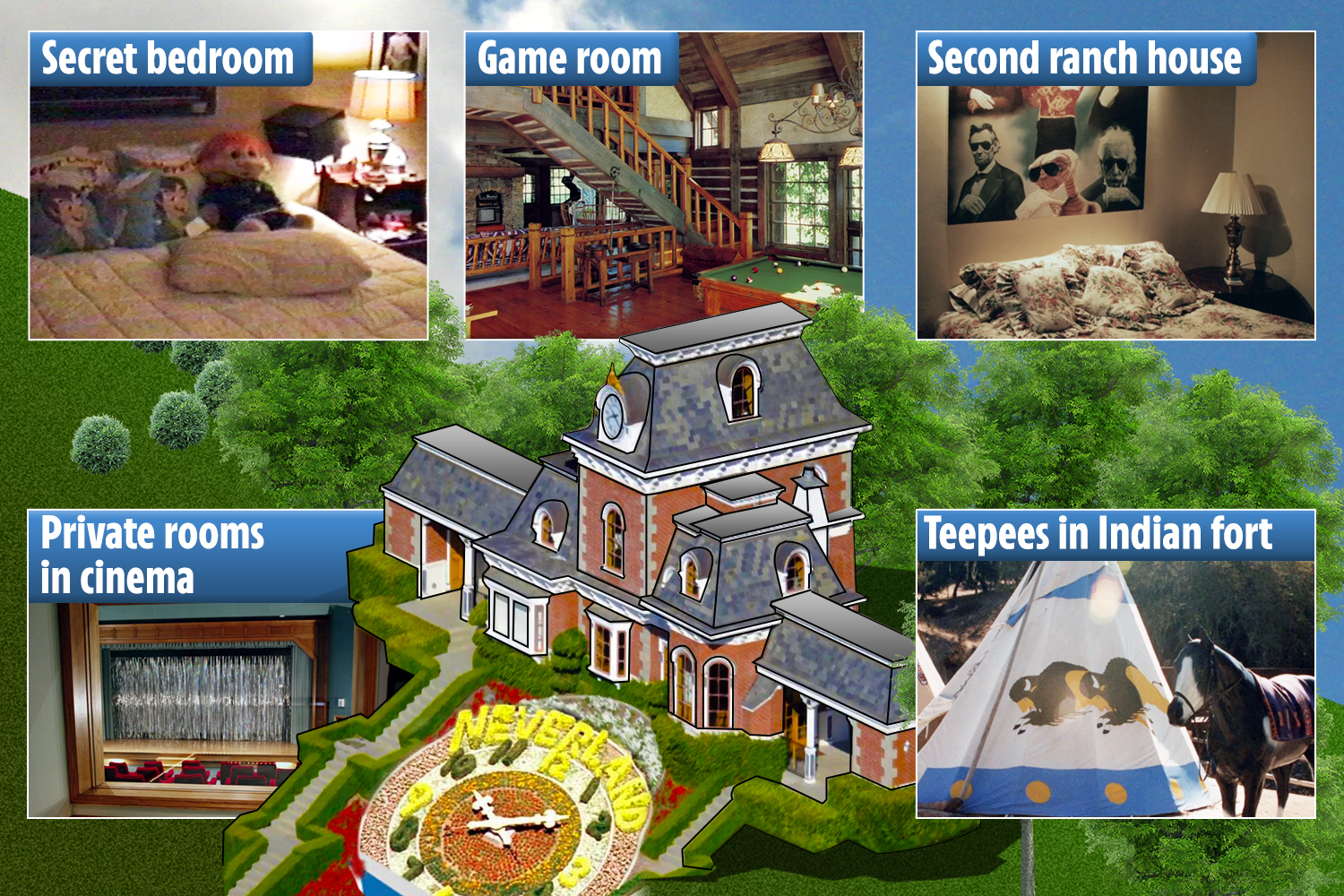 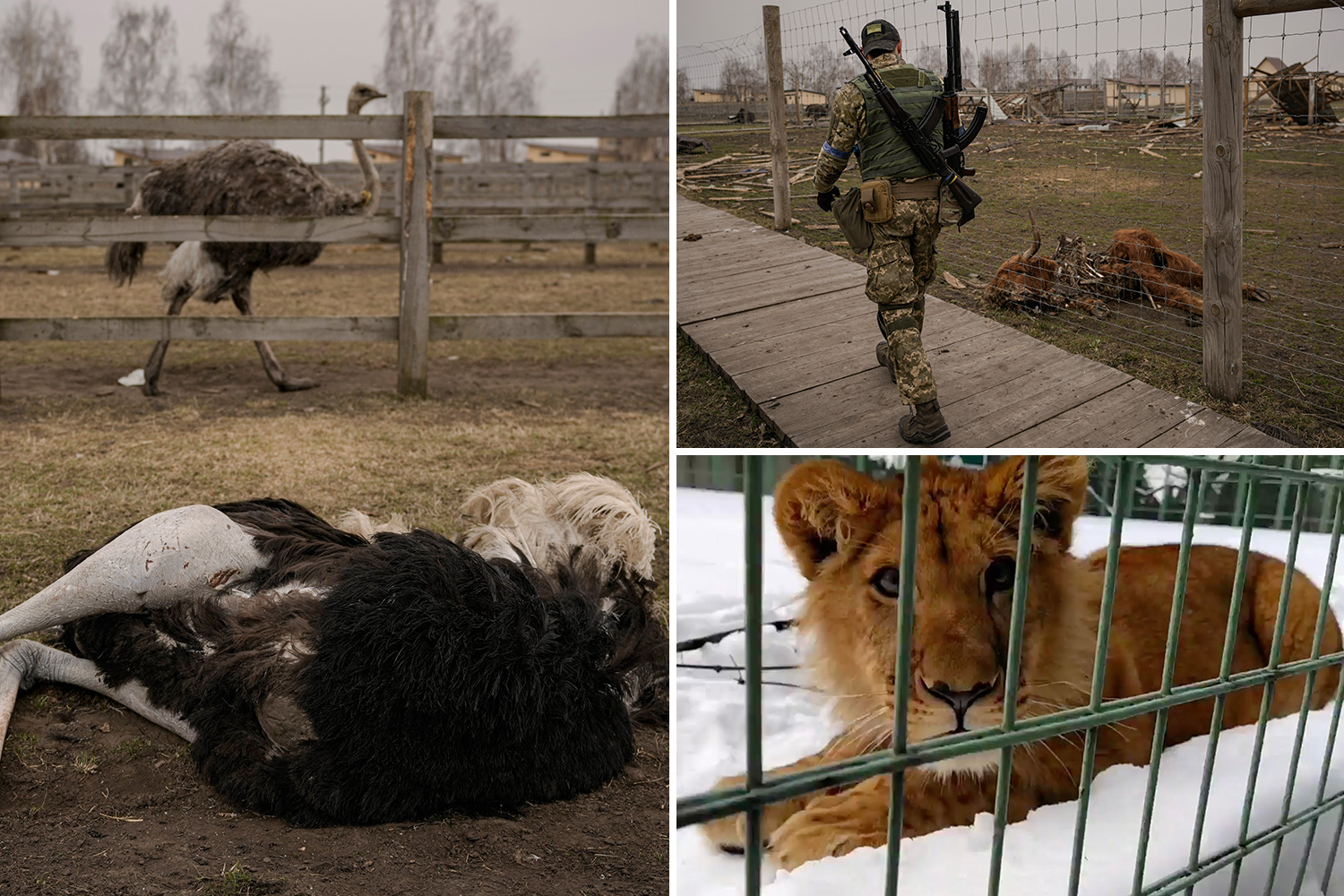 But Wildlife charity Born Free has now revealed that conditions are still not up to scratch – claiming that animals are kept cooped up in cold, dirty cages for long periods.

The report stated: "Some rhinos may not be provided outdoor access at all during the day.

"In some cases, they are confined to tiny stalls which just allow them to turn around."

PENNY FOR YOUR THOUGHTS

Mordaunt storms out of No10 after being snubbed in Rishi's Cabinet

It is also claimed South Lakes cruelly keeps species isolated when they are naturally herd animals.

"Despite being a herd species, each zebra appears to be separated into an individual stall and potentially kept inside all day.

"The zebra may then be shut out overnight, including during winter, however no bedding or heating was observed in the outdoor shelter.

"The zoo continues to fail to maintain animals in their natural social groupings," Born Free added.

These findings are echoed in reviews from disgraced visitors of the zoo.

A review from 2014 described the place as the "worst zoo ever!"

One said: "The zebras were locked up in separate cages and the cages were TINY!

"The lemurs were locked away behind a glass enclosure, which gives them no option to roam free

"Meerkats were also locked away too, but last time we visited the zoo they were actually allowed out."

That place is an absolute joke, it should be closed down, the place is over grown, the animals are stressed.

However, many visitors were happy with their experience at the zoo.

One happy visitor wrote: "We spent hours here today, we absolutely loved it! You are in such close proximity to so many of the animals. It’s a lovely zoo, a real treat to walk around, and the keepers are friendly and informative, and really care about the animals. It was lovely and quiet today (a week day) and we were able to help feed the primates, amazing! Probably the nicest zoo we’ve ever visited!"

While another said: "We really enjoyed the visit. The keepers really care about the animals. We did the animal feeding and really liked it. We went on a weekday, so it was very quiet. I imagine it gets busy on weekends and particularly school holidays. You can't take food inside (a lot of the animals are free range, so I imagine people feed them all sorts of bad food if they let you bring things in). So either eat before you come (we did) or buy food there. I think kids would really enjoy it."

A third added: "Safari zoo is a very good zoo. We stayed for 6 and a half hours. All of the staff are very welcoming. There was a new keeper at the zoo. It was her second day and she was very chatty. The keeper who was with us at the jaguar feed told us all about there jaguars. The keepers at the penguin and giraffe were also very nice. Every animals was on view except for the tigers because it was to windy for them. The walkthrough was amazing I got to feed rheas, kangaroo and capybara babies.there was so much to see definitely recommend."

Another issue was the neglect of individual diet requirements for the animals, according to the report.

It said: "All giraffes were observed performing various oral stereotypes throughout the day, which is likely due to a lack of sufficient browse provision.

"A few branches were provided first thing in the morning but were not replaced throughout the inspection.

"It appeared that this was to increase the likelihood of giraffes participating in experiences where visitors pay to feed them inappropriate quantities of carrots, in contrast to natural dietary items such as leaves and stems.

"During one visitor experience session at least 52 guests fed a handful of carrots to two male giraffes," the report continued.

One visitor was so disgusted they called for the zoo to be closed down.

They wrote: "That place is an absolute joke, it should be closed down, the place is over grown, the animals are stressed, well for what animals they do have."

Another said: "Animals very distressed and unhappy. Just glad my 5 year old was unaware of the animal cruelty.

There are also claims that the animals are not being kept at the right temperature.

The charity report found:"A number of primates were seen clinging to the mesh to get as close to heat lamps as possible."

A sloths was also seen desperately clinging onto mesh panels to try and get some warmth.

Tortoises were seen trying to get access to the heat source, according to the horrifying report.

Hygiene within the enclosures has been slated during the investigation.

"Raw meat was seen to be left in a bucket outside the tiger enclosure on the inside of the keeper gate," the report claimed.

"This was covered in flies and in full view of visitors who could have easily come into contact with it."

This allegedly has let to rats in the racoon and tortoise enclosures, which could introduce serious safety hazards.

Cleanliness issues were also voiced by zoo goers and one said: "The first café we then pasted by was absolutely FLITHY!!"

"It was part of an enclosure that had a bear living in and it was stinking!

"We couldn’t wait to get out, and that was just to visit the one bear. Not the mention the café was wriggled with flies"

A number of primates were seen clinging to the mesh to get as close to heat lamps as possible.

Unsurprisingly, the report concluded: "In summary, it is our strong view that the zoo continues to fail to meet even basic standards of animal welfare and visitor safety in a number of respects."

Another one-star reviewer commented: "We had to roam the full zoo to find animals, most of the enclosures were empty, the lemurs were locked away behind a glass enclosure, which gives them no option to roam free, the monkeys were locked in here too (separate enclosure obviously).

"The tiger we managed to see was pacing around and just looked very stressed.."

Hundreds of disgusted customers have rated South Lakes one star, including a visitor who said: "The animals don’t look the healthiest, they looked sad and I couldn’t believe the lack of enrichment in some of the enclosures.

"I’m not sure what zoo’s everyone else has been to, but this made me feel sad from start to finish."

A Barrow Borough Council spokeswoman said: "I can confirm that the council received a report from Born Free in regards to the South Lakes Safari Zoo.

"The issues raised in their report are similar to reports recently received directly to the council.

"We take allegations of this nature seriously and will work with the Zoo to address them.

"Any enforcement matters will be reported at a licensing hearing, should that be necessary."

Owners of the zoo said they refute all allegations made by the Born Free Foundation.

In response to claims in the Born Free report, Samantha Brewer, of the Cumbria Zoo Company which runs the Safari Zoo, said: “These allegations are of the utmost seriousness.

"We refute all allegations made by the Born Free Foundation from their visit to the zoo of October 17 and their subsequent report on their website.

"Cumbria Zoo has, in our last four years, been inspected by over 35 government appointed independent inspectors with the overwhelming outcomes of those inspections being hugely positive, and the continuing progress we make here at safari zoo recognised.

“We welcome Born free and any opinions on the zoo, Born Free are an organisation that stands for what they believe and we have nothing but respect for that, and the principles on which the organisation is built.

“In 2022 species are disappearing right left and centre and zoos are at the forefront of trying to, and successfully changing, that.

"Our team recently returned from a trip to see first hand where anti poaching dogs, trained here at Cumbria zoo, together with their handlers and on the ground NGO’s are actually making a significant stance in the fight to reduce wildlife eradication.

"During our trip, a leading conservationist told our staff soon the only way a child in South Africa will see a rhino with a horn is in a zoo, god forbid this turns out to be the case.

“This zoo, like others, are committed in 2022 and beyond to direct conservation on the ground, and to enriching the lives of the much loved animals in our care."

An inquest heard from a witness, Gareth Bell, that the animal dragged the zoo keeper by her neck into its den.

He said: "I saw it coming through the door. It tore through. It just walked straight through.

"It walked past her first because she was in the corner and it turned to get her. She was not expecting it to be there.

"It turned and pounced.

"When I looked back I looked where she was. The tiger had her by the back of her neck. It was dragging her back into the (dark) den."

It was reported the tiger managed to attack Ms McClay by going through an open den door after a bolt at the top was found to be defective.

However, Barrow Council's senior environmental officer at the time, Owen Broadhead, said this could have been the result of emergency services after the attack, and the lock may not have been faulty whenMs McClay was mauled.

In 2017 an African tortoise named Goliath was electrocuted against a fence and a squirrel monkey’s decomposed body was found down the back of a radiator.

A ring tailed lemur was also run over by a truck and a wallaby died following an abscess on its tail. A flamingo died after breaking a wing.

Two 15-week snow leopards, named Miska and Natasja, had been found partially eaten in their enclosure.

In 2017 Maddie Taylor, of the Captive Animal Protection Society, had called on the local council to shut the zoo.

She said: “The findings are some of the worst we have come across in 60 years.

“We urge the local authority to close this appalling zoo down.” 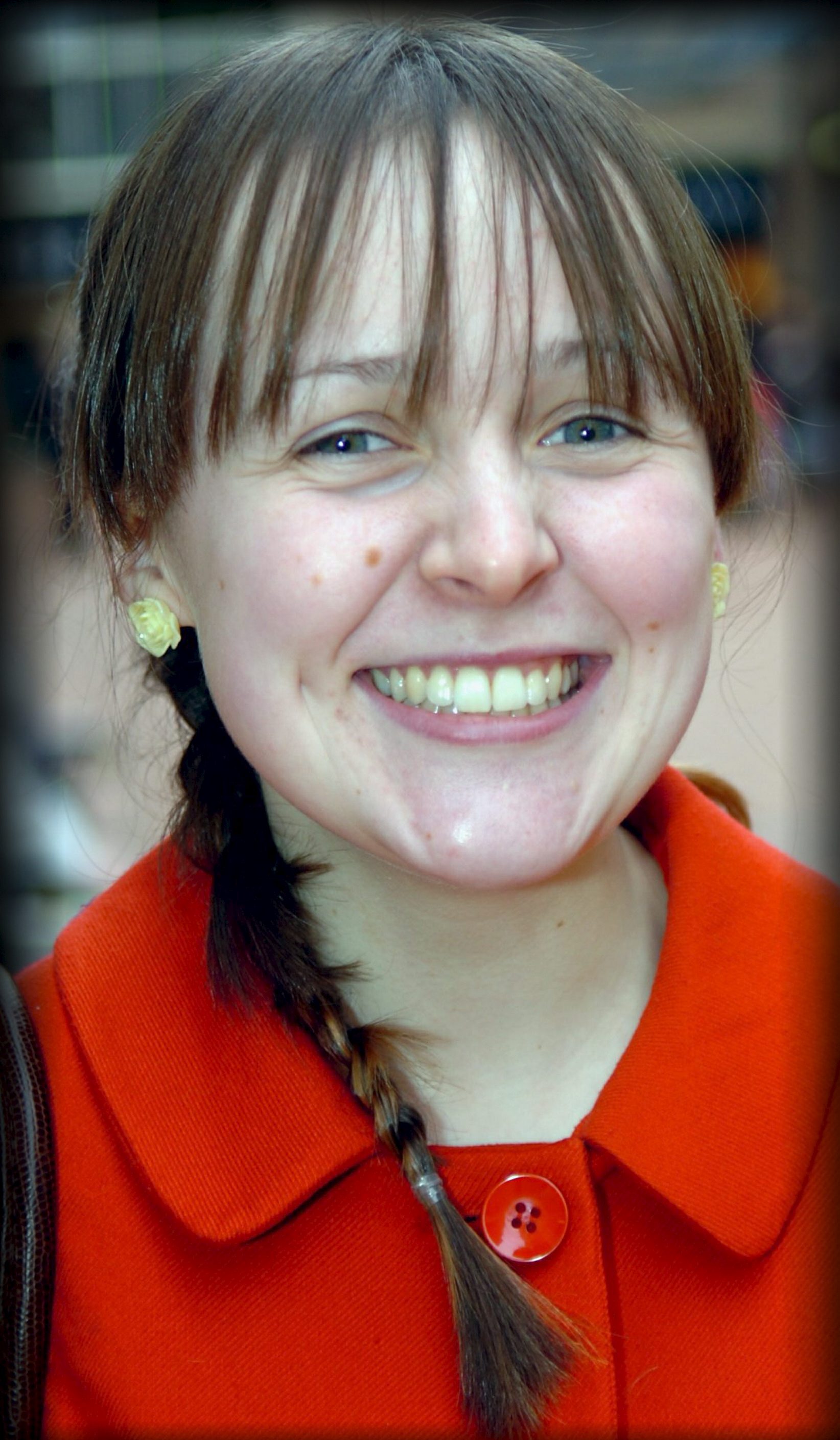 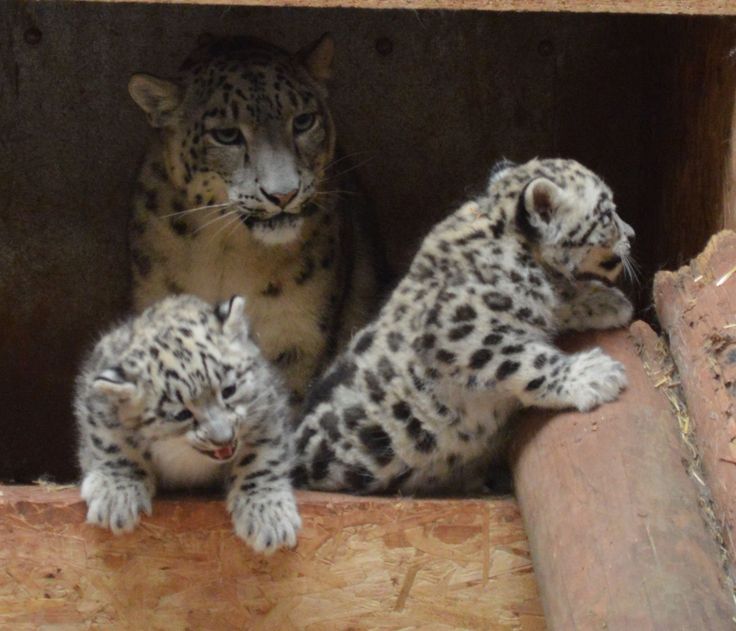 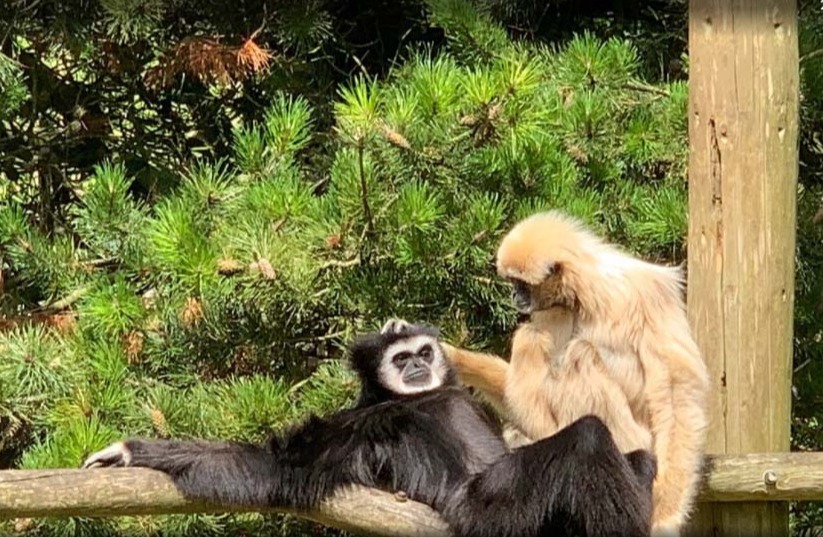 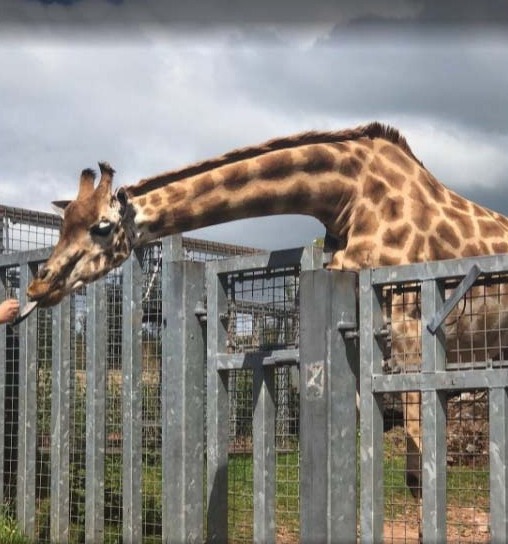 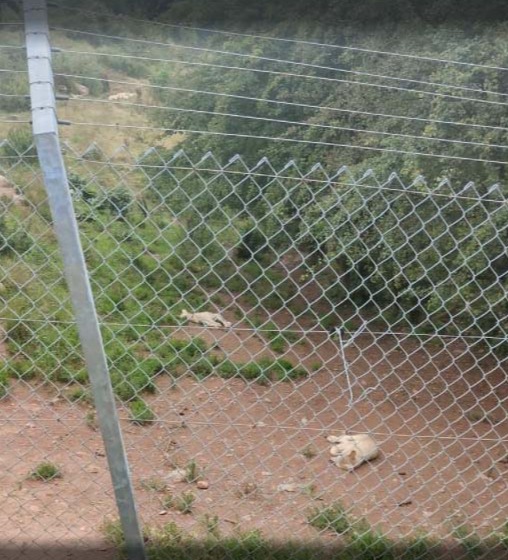