Insulate Britain activist reveals he is 'terrified' of going to jail

‘I’m c***ping myself, I feel like crying’: Insulate Britain activist, 41, reveals he is ‘terrified’ of going to jail as he gets ready to face justice for road-blocking antics that ground traffic to a halt

One of the nine Insulate Britain protesters appearing at the High Court today for breaking an injunction on their M25 demonstrations admitted he was ‘c**ping’ himself and felt like crying at the prospect of jail.

Oliver Roc, 41, is among the eco zealots from the Extinction Rebellion offshoot who have blocked roads on 19 days since September 13, causing misery for motorists stuck around London, Manchester, Birmingham and Dover.

At least 161 activists have been involved and there have been at least 860 arrests. Now, nine have been summoned for contempt of court and face up to two years in prison, unlimited fines and seizure of assets if found guilty.

And an emotional Mr Roc told LBC radio this morning: ‘I feel terrified – I’m c***ping myself this morning, and I feel like crying. I’ve got all these emotions coming out of me. It seems ridiculous that we’re in this situation. 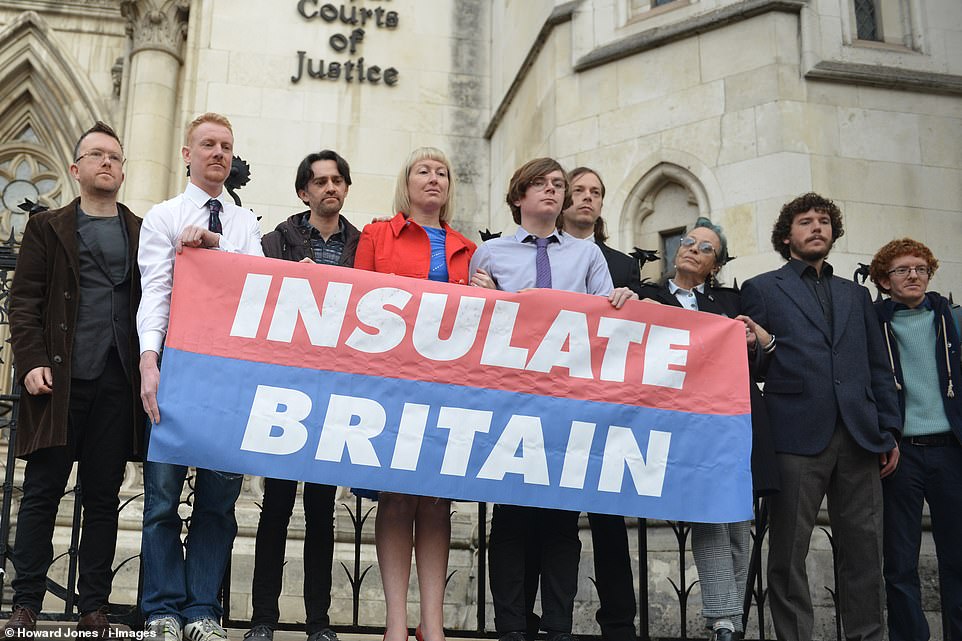 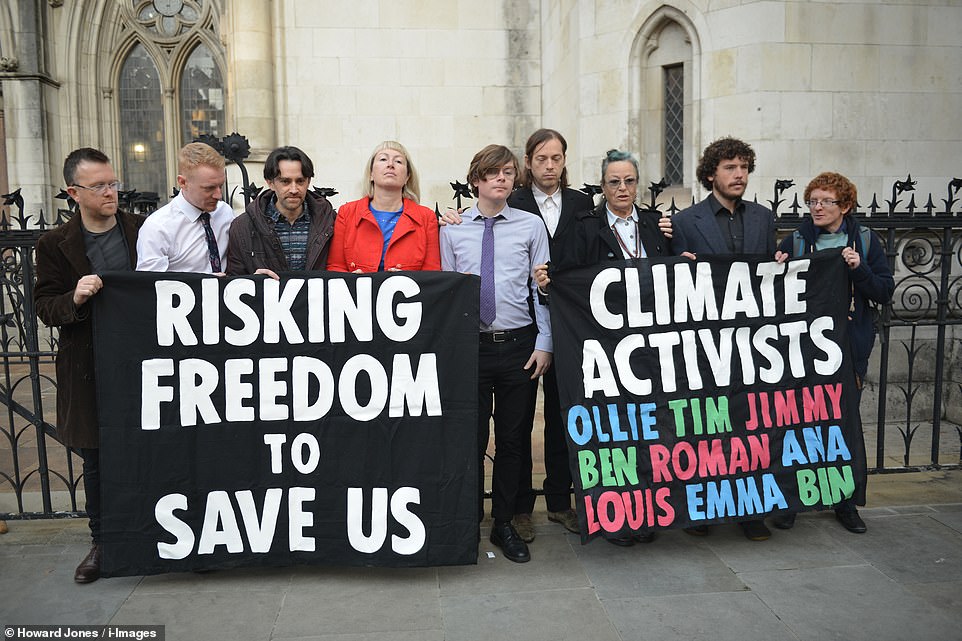 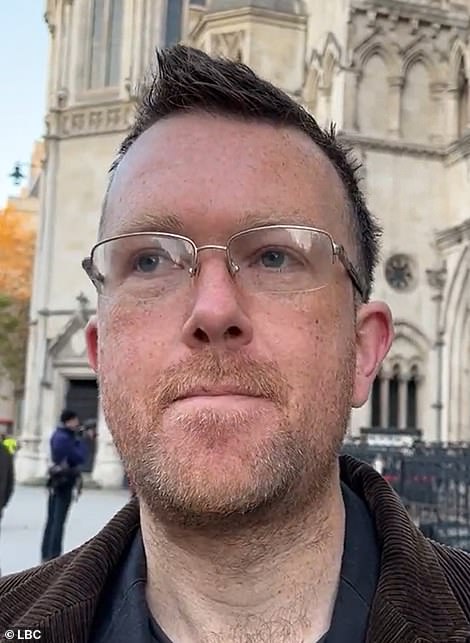 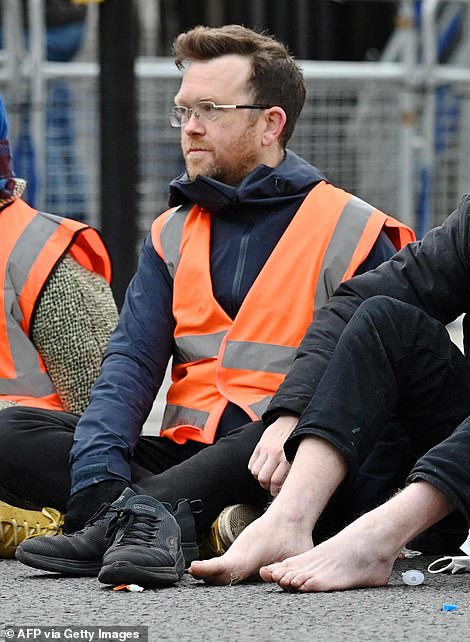 Oliver Roc (left, at court today) is pictured during the group’s most recent protest at Parliament Square on November 4 (right) 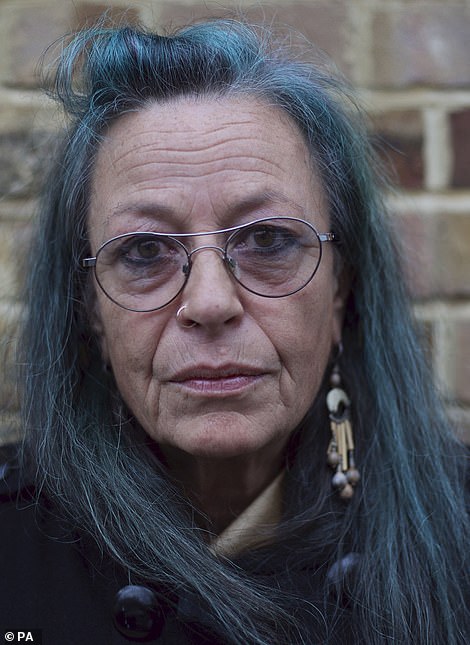 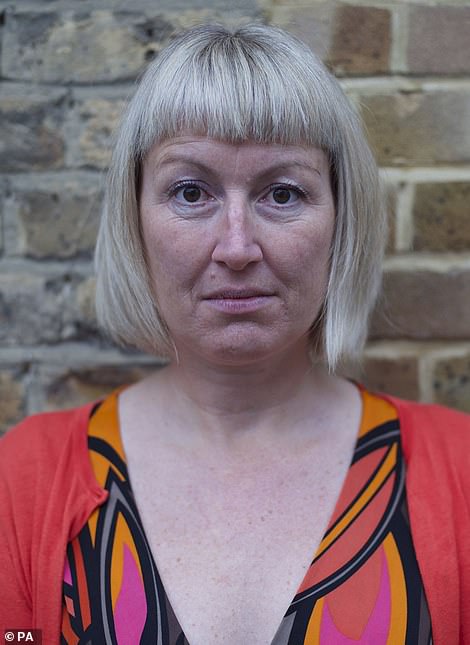 Ana Heyatawin (left), 58, and Emma Smart (right), 44, are among the nine Insulate Britain protesters up at court today 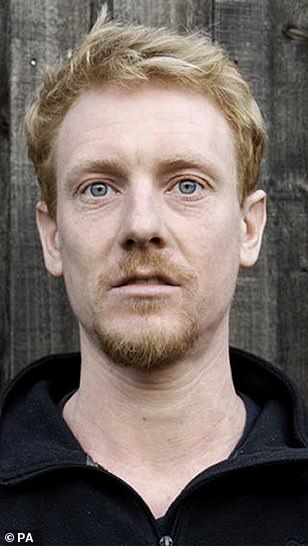 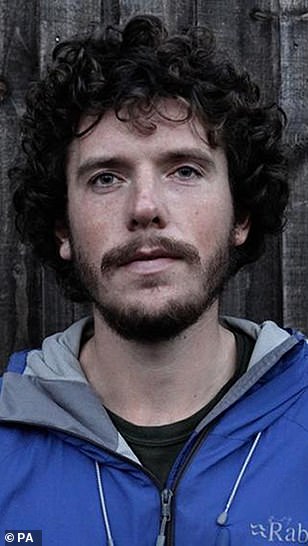 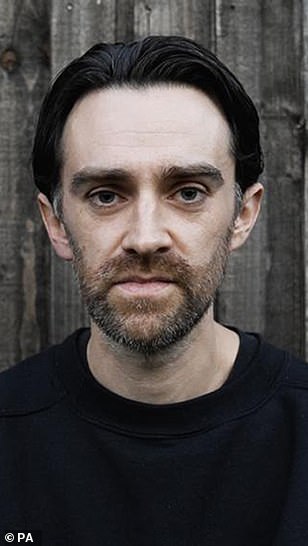 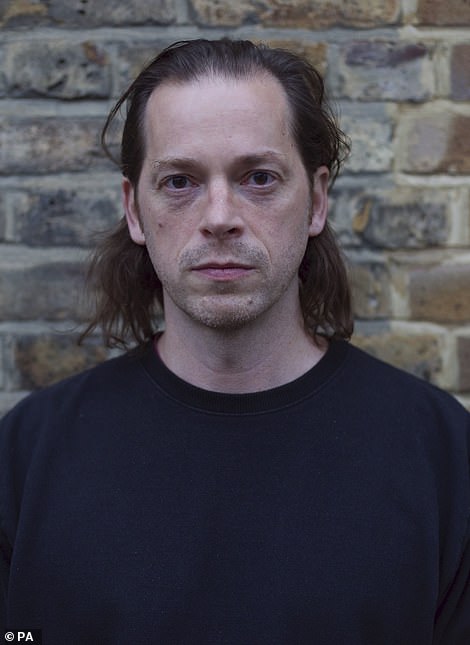 Louis McKenchnie (left), 20, and James Thomas (right), 47, are both appearing at the High Court for the hearing today 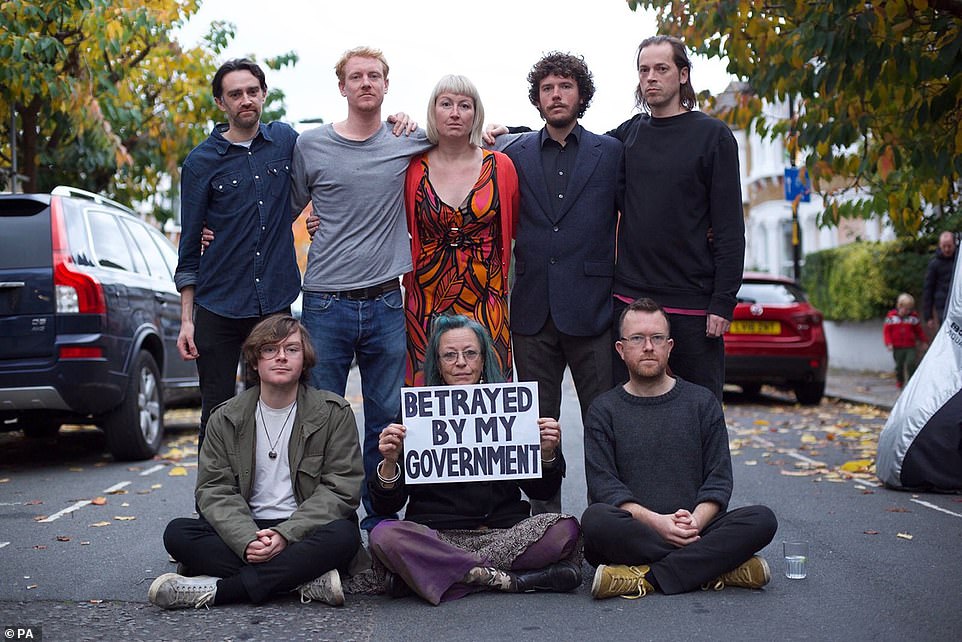 ‘What we’re asking the Government to do is just an extremely practical no-brainer thing that they should be doing, and they’re choosing instead to potentially lock us up, fine us, seize our assets.

‘I’m expecting that we might get sentenced maybe today, probably tomorrow. We’ve been told that quite probably we’ll get custodial sentences, so there’s a high likelihood that by this evening I’ll be in a prison cell somewhere.’

What is contempt of court and for how long could the protesters be jailed?

‘Contempt of court’ is an offence that normally happens when someone risks unfairly influencing a court case, which may stop somebody from getting a fair trial.

It can include taking photos or shouting out in court, refusing to answer questions as a witness or publicly commenting on a court case such as on social media.

Another form it takes is disobeying or ignoring a court order, which is what the Insulate Britain activists have done by breaking an injunction on their M25 protests.

Those who breach the injunctions could be found in contempt of court and face a maximum penalty of two years in prison or an unlimited fine.

The High Court has so far issued five injunctions to prevent protesters from blocking roads – four to National Highways and one to Transport for London (TfL).

The hearings are not taking place in a criminal court because none of the protesters have been charged with a criminal offence by police. This is despite at least 161 activists having been involved in the demonstrations over the two months, resulting in at least 860 arrests.

The protesters are instead facing contempt of court proceedings for breaching a High Court injunction, which is a civil matter but can still result in a jail term.

The nine had been due to hold a press conference in a Pret A Manger café across the road before the hearing, but Pret then told them they could not do so because the venue was not licensed to hold such kind of events.

A further 23 protesters have also defied one or more of several injunctions granted to Transport for London and National Highways over the past two months.

And Insulate Britain expects these 23 people to be summoned in the coming days, which would bring the total to at least 32 people who are due to face contempt of court.

The High Court has so far issued five injunctions to prevent protesters from blocking roads.

They include four injunctions granted to National Highways, banning demonstrations on the M25, around the Port of Dover and on major roads around London, and one to Transport for London (TfL).

TfL was granted a civil banning order aimed at preventing protesters from obstructing traffic on some of the capital’s busiest roads.

Mr McKechnie said yesterday: ‘If the government chooses to imprison us, so be it, this will show their cowardice. They would rather lock up pensioners than insulate their homes.

‘They would rather lock up teachers than create thousands of proper jobs. I face the prospect of being sentenced to prison on my 21st birthday.

‘This government would rather lock up young people than take steps to reduce emissions. They will lock us up and leave thousands to die of cold this winter, and millions to face climate chaos in the coming decades.’

It wants this done by the end of the decade, with a ‘legally binding’ national plan published within four months.

And Mr Thomas said: ‘I’m scared about potentially going to prison. But I’m more scared of this government’s complacency and lies about the climate. They are kicking the can down the road. We are running out of road.’ 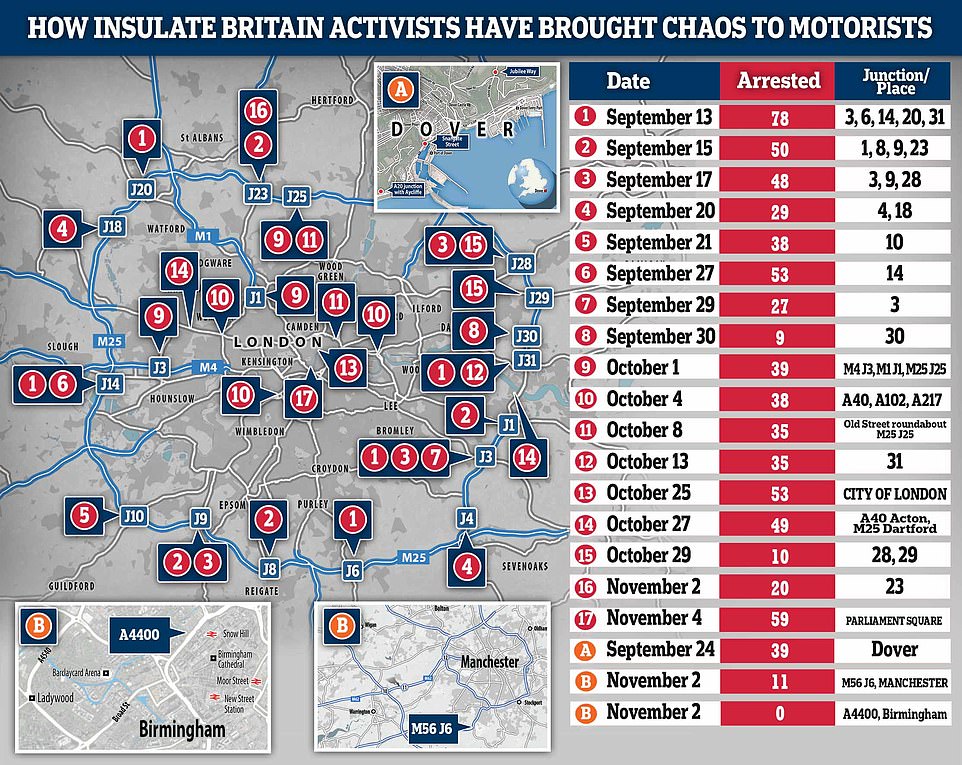 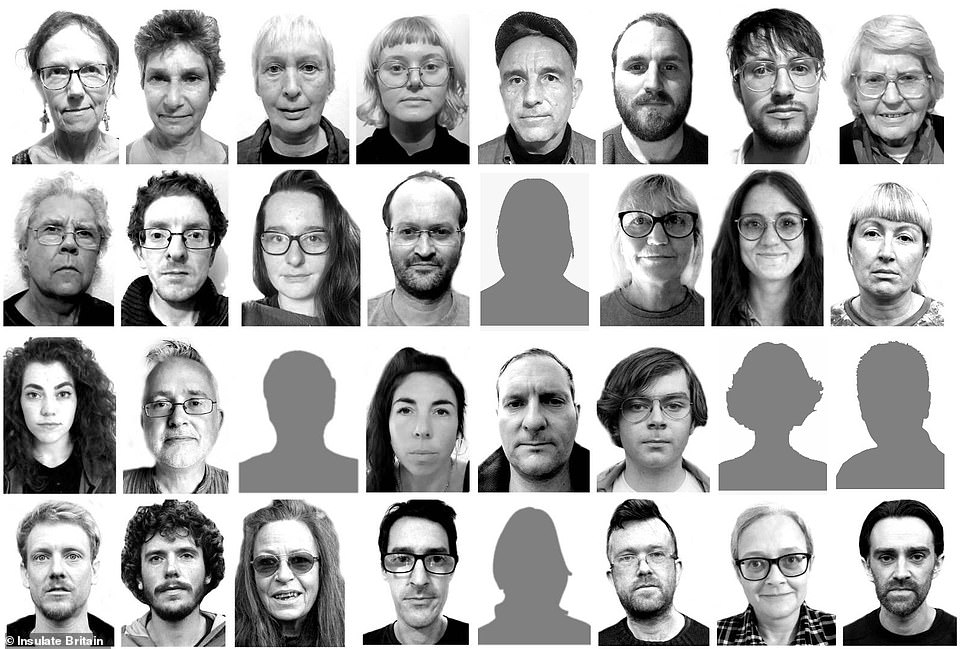 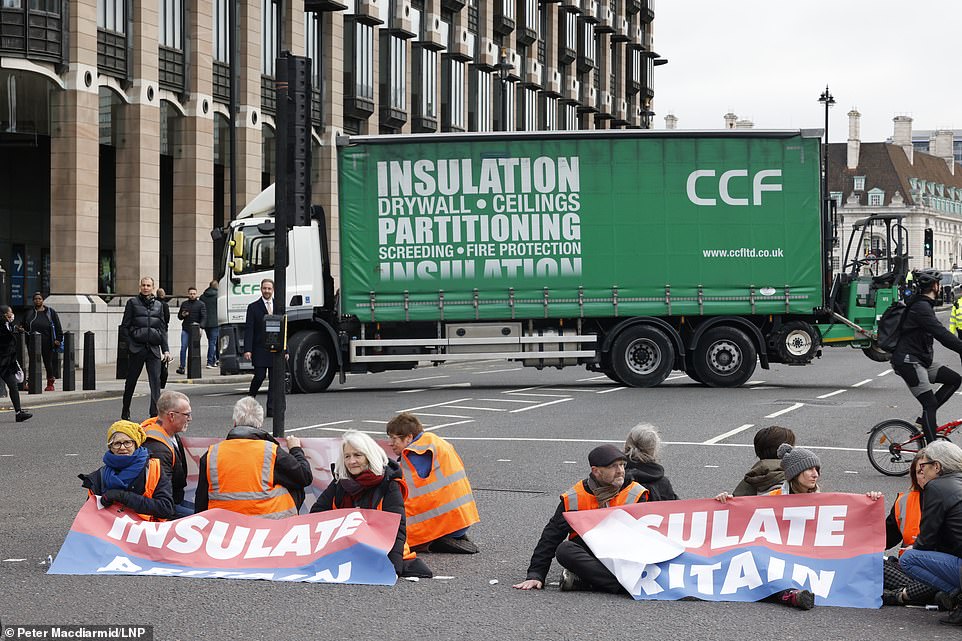 In a statement issued yesterday, the group condemned the ‘failure’ of the Cop26 climate conference and compared itself to the Suffragettes and Martin Luther King Jr.

A spokesman said: ‘As will become clear after the failure that was COP26, our government has no intention of taking the necessary action to protect its people. It has failed at its most basic of duties to protect the people.

‘When governments endanger their citizens, the moral and just thing to do is to highlight this injustice by breaking the law, this is what the suffragettes and Martin Luther King did. This is what we are calling on everyone to do.

‘Don’t be a bystander, come and join us and we will change the tide of history. What more meaningful thing can you do with your lives, at this time when everyone and everything you love is in mortal danger?’

Insulate Britain: How activists have made a mockery of the law during two months of chaotic demonstrations

September 21 – Protesters risk death by running into moving traffic to block the carriageway near Junction 10. Some 38 arrests are made. National Highways obtains an injunction against further protests on the M25

September 22 – Protesters burn copies of the injunction outside the Home Office, blocking the road outside the ministry. No arrests are made

September 24 – 39 protesters arrested after blocking roads at three locations in Dover. They are all released under investigation. National Highways obtains a second injunction covering Dover.

September 27 – 53 protesters are arrested for blocking a slip road at Junction 14 of the M25. They are all released under investigation.

September 30 – Protesters return to junction 30 at Thurrock in Essex, and nine are arrested

October 2: Third injunction bans them from obstructing traffic and access to motorways and major A roads in and around London

October 4: 38 arrests after protesters block three major roads in London – the Blackwall Tunnel, Wandsworth Bridge and A40 and North Circular at Hanger Lane.

October 8: 19 arrested over protest at Old Street roundabout and a further 16 on the M25 at junction 24. Transport for London gets a High Court injunction to ban them from obstructing traffic in 14 locations in London.

October 13: Protesters return to the M25 at junction 31 and a nearby industrial estate, with 35 people arrested.

October 27: Protesters blockade the A40 in North Acton, West London, and a major roundabout next to the Dartford Crossing in Kent. Kent Police arrested 32 protesters, while the Metropolitan Police detained 17.

October 29: 10 activists are arrested after walking onto the M25 between junctions 28 and 29 in Essex

November 2: Police arrest 20 activists before they can even get onto the M25 at junction 23 for South Mimms, but other actions take place on the M56 in Manchester, with 11 arrests, and the A4400 in Birmingham

November 4: Some 62 protesters sit down at Parliament Square in Westminster