Investigators examining the fiery crash landing of a Russian passenger at a Moscow airport reportedly are increasingly focused on pilot error as the primary cause of the accident that killed 41, as well as whether the emergency response was too slow.

The Aeroflot flight with 78 people aboard ran into trouble shortly after taking off on Sunday from Moscow bound for the northern city of Murmansk, after apparently being struck by lightning. An attempted emergency landing at Moscow’s Sheremetyevo airport then ended catastrophically, with the plane engulfed in flame.

Two reports in well-respected Russian news outlets on Tuesday cited sources close to the investigation, which alleged the pilots had made a series of mistakes that led to the accident being so deadly 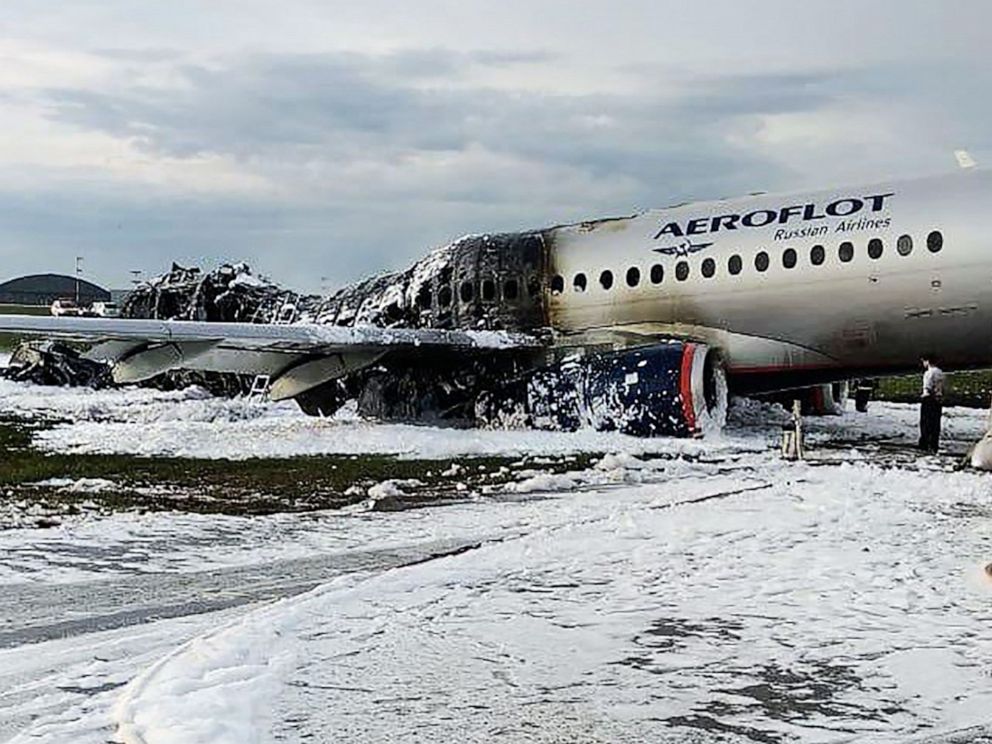 The newspaper Kommersant reported that investigators believe that the pilots’ first mistake was flying into the bad weather, where the reported lightning strike caused the aircraft to lose radio contact and leaving it with only manual control.

The pilots succeeded in signalling to ground controllers and requested an emergency landing. At this point, Kommersant reported, investigators accuse the pilots of making a second error, deciding to hurriedly make the landing rather than to circle in the air while burning off fuel.

As the a result, the aircraft attempted the emergency landing with nearly-full fuel tanks and heavily weighted. The plane came in too fast and too hard, causing its landing gear to collapse and slam the fuselage into the runway, making it bounce into the air.

The pilots, Kommersant wrote, then reacted incorrectly, pointing the nose downward instead of immediately seeking to pull up. The plane bounced twice more, bursting its fuel tanks, throwing fuel over the engines which exploded into fire.

“What we saw was a botched landing,” Steve Ganyard, a former deputy Assistant Secretary of State and ex-military pilot who is an aviation consultant for ABC News. “A landing that went awry and it hit so hard that it broke the airplane up and caused that horrific fire.”

A second Russian outlet, RBC, on Tuesday reported that investigators also allege the pilots may worsened the fire by failing to turn off the engines after the crash.

The pilots, Denis Yevdokimov and Maksim Kuznetsov have not spoken publicly since Sunday. In an unverified audio interview aired on Russian state television, Yevdokimov said the plane had lost communications and autopilot controls after the lightning strike. He said he had followed all procedures.

Tracking data on the site FlightRadar24 showed the plane had circled the airport twice before landing.

There were still many questions remaining, though, about the factors behind the crash. Karlene Petitt, an international airline pilot who completed a doctorate degree on airline safety at the Embry Riddle Aeronautical University, said that there may be other factors explaining why the pilots decided they could not wait before landing.

“If the pilots were unsure of the safety of flight, not knowing what else was damaged, they would make a decision to land overweight, to get the aircraft safely onto the ground,” she said, adding that if the pilots had flown into the storm clouds that raised questions about the airline’s safety culture. 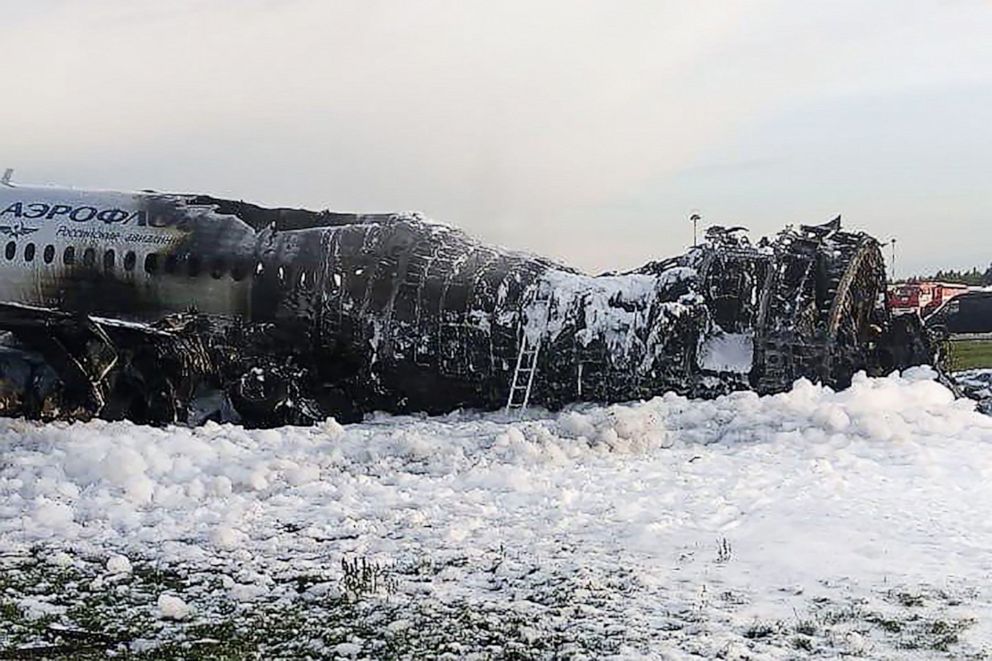 Experts have also questioned Sheremetyevo airport’s emergency response, with concerns that the airport alarm was sounded too late. The head of Sheremetyevo’s flight attendants union, Ilona Borisova, told Kommersant that although the firefighters had acted as swiftly, the alert had already come in too late — meaning they arrived only after the plane had landed and was already ablaze.

Russian officials have so far defended the response. But Russian transport minister Yevgeny Dietrich told journalists on Monday that the airport declared an emergency one minute after the plane’s landing, with the first fire trucks arriving within a minute. Six other trucks arrived four minutes later, he said.

Investigators have recovered the plane’s flight recorders, which may yet reveal details that alter investigators’ understanding of the accident. It also remained unclear on Tuesday why the plane — a Russian-built Sukhoi Superjet 100 — was so damaged by the lightning strike. Such strikes are common and modern aircraft can normally withstand such acts of nature.

A few harrowing accounts from passengers have been emerging. One passenger, Oleg Molchanov told the popular news site Meduza that he had been sitting in the twelfth row and that no one behind him got out.

“I went last — there was already no one behind me,” he said. “I think the passengers there had no chance to save themselves. They were suffocated by carbon monoxide, everything was drenched in kerosene. The lamps were melting in front of my eyes,” he said.

Molchanov praised the flight attendants, who he said did “everything bordering on the impossible” to get people out.