London: Nazanin Zaghari-Ratcliffe is to go on hunger strike in her jail cell to show solidarity with another dual citizen detained in Iran, as the regime urged Western countries to stay out of its legal affairs.

Zaghari-Ratcliffe, a British-Iranian woman who was jailed in 2016 on spurious charges of spying, will join Kylie Moore-Gilbert, a British-Australian academic, in refusing food. 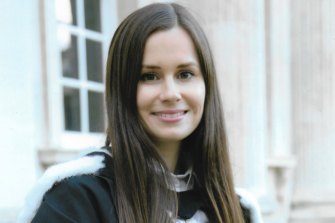 Moore-Gilbert, a University of Melbourne Islamic studies lecturer, is serving a 10-year prison sentence on spying charges. She has demanded at minimum to be moved out of solitary confinement, according to The Guardian.

"Five days on dry hunger strike is becoming critical, and our thoughts go out to Kylie and her family for all this ordeal," said Richard Ratcliffe, Nazanin Zaghari-Ratcliffe's husband. He added: "It gives some sense of just how desperate 16 months in solitary makes you. At some point you really feel you have nothing left to get noticed, nothing left to lose."

Zaghari-Ratcliffe was visiting her family in Iran in March 2016 when she was arrested, accused of a plot to topple the Iranian government and then sentenced to five years in jail.

The announcement came as Iran accused France of "interference" in the case of another detained dual citizen, a French-Iranian academic who is also facing spying charges. 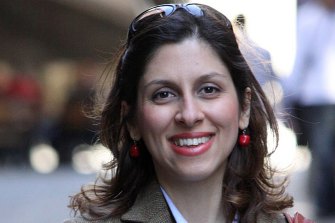 Last week, France summoned Iran's ambassador to protest at the imprisonment of Fariba Adelkhah and another academic, Roland Marchal, describing their detention as "intolerable".

Their imprisonment has added to distrust between Tehran and Paris at a time when the French president, Emmanuel Macron, hopes to play a leading role in defusing tensions between Iran and its arch-foe, the United States.

"The individual in question [Adelkhah] is an Iranian national and has been arrested over 'acts of espionage'," he said, adding that her lawyer had knowledge about the details of the case which is being investigated.

Xiyue Wang, an American scholar serving 10 years on spying charges, was released by Iran this month in exchange for Massoud Soleimani, an Iranian who had been held in the US for allegedly breaching sanctions.

Iran has said it is open to more such prisoner swaps with the United States, but has shown no signs of relenting in other high-profile cases.