Christiane Amanpour was all set to interview Iran’s president in New York on Wednesday when Iranian officials stepped in with a last-minute condition: The CNN host would have to wear a head covering, in deference to Iranian custom and an Islamic religious ritual.

Amanpour said she refused – at which point aides to President Ebrahim Raisi cancelled the interview, setting off an incident that underscored tensions over women’s rights in Iran. 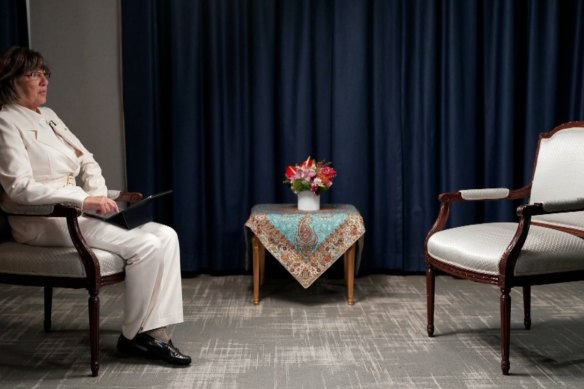 “I refused to fold or cave to enable [the Iranians] to impose the laws of their land on our land,” Amanpour told The Washington Post on Thursday. She added, “I stood up for myself as a journalist.”

Iranian officials did not immediately respond to a request for comment.

The incident comes as protests take place across Iran over Mahsa Amini, a 22-year-old woman who died while in police custody last week. Amini was arrested in Tehran by Iran’s “morality police” over her public attire. Her family has disputed Iranian officials’ claims that she died of heart failure.

In protest, demonstrators have burned hijabs and other such coverings, and women have publicly cut their hair in defiance of the country’s leadership. Security forces attempting to quell the protests have killed at least eight people, according to the human rights group Amnesty International. 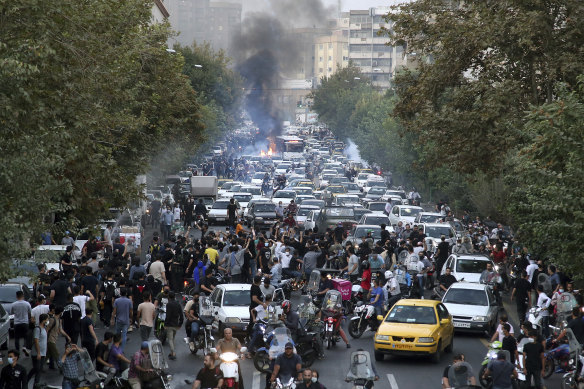 A protest over the death of a woman who was detained by the morality police, in downtown Tehran, Iran.Credit:AP

In interviews and a Twitter thread, Amanpour said she had already sat down to interview Raisi at the United Nations on Wednesday – the president was in town for a meeting of the UN’s general assembly – when officials insisted that she cover her hair. They cited the advent of Muharram, a communal mourning season observed primarily by Shiite Muslims.

But Amanpour suggested that Raisi did not want to be seen being interviewed by an uncovered woman at a time when protests over head coverings are raging in Iran. She said she had told Iranian officials beforehand that she intended to ask about the protests.

It’s hardly the first time a journalist has wrestled with wardrobe decisions when reporting on an Islamic country where women are required to cover up, such as Iran. Republican Senator Ted Cruz chided CNN’s Clarissa Ward, inaccurately, for wearing a “mandatory burka” when she reported from Kabul last year. (Ward actually wore a black head covering.)

And Lesley Stahl wore a gray head covering for her 60 Minutes interview with Raisi at the presidential compound in Tehran last week, before the Amini protests began. In her report, which aired Sunday, Stahl said Iranian officials told her “how to dress, not to sit before he did and not to interrupt him.”

But Amanpour noted a key difference: Stahl had been visiting Iran and dressing according to the local custom. Amanpour said she does that herself when she is in the country – but never outside of it.

“I wasn’t pulling a stunt,” she told The Post. “It was a decision I had to make on the spot.”

I wasn’t pulling a stunt. It was a decision I had to make on the spot.

In a statement, CNN said it “fully supported the decision of Christiane and her team to politely decline the interview with President Raisi.”

Amanpour called the Iranians’ actions regarding the canceled interview “very unsettling” in an interview on CNN on Thursday morning.

She also posted a photo of herself on Twitter, showing her in a white suit and sitting across from an empty chair, her hair uncovered. “And so we walked away.” she wrote. “The interview didn’t happen. As protests continue in Iran and people are being killed, it would have been an important moment to speak with President Raisi.”