Is this crumbling once-great hotel the reason Afghans want to go home?

SITTING on a ripped pool table, a group of Afghan teenagers chat in the faded lobby while two younger refugees bang on the ivory keys of an out-of-tune grand piano.

This is the scene in the Grand Hotel Scarborough, once described as the “handsomest hotel in Europe” but now home to 150 of the 20,000 Afghan migrants the Government has vowed to shelter after fleeing the Taliban. 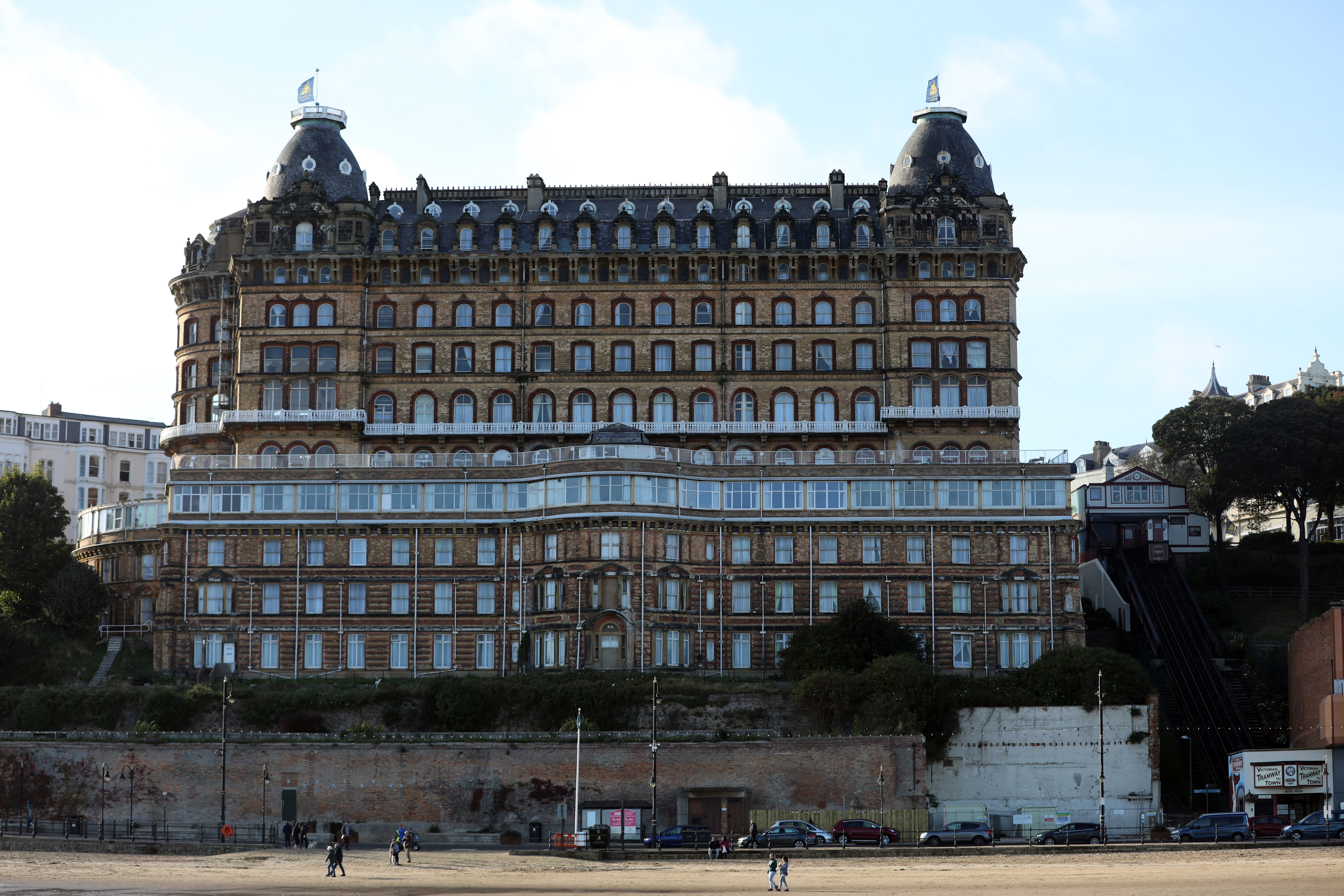 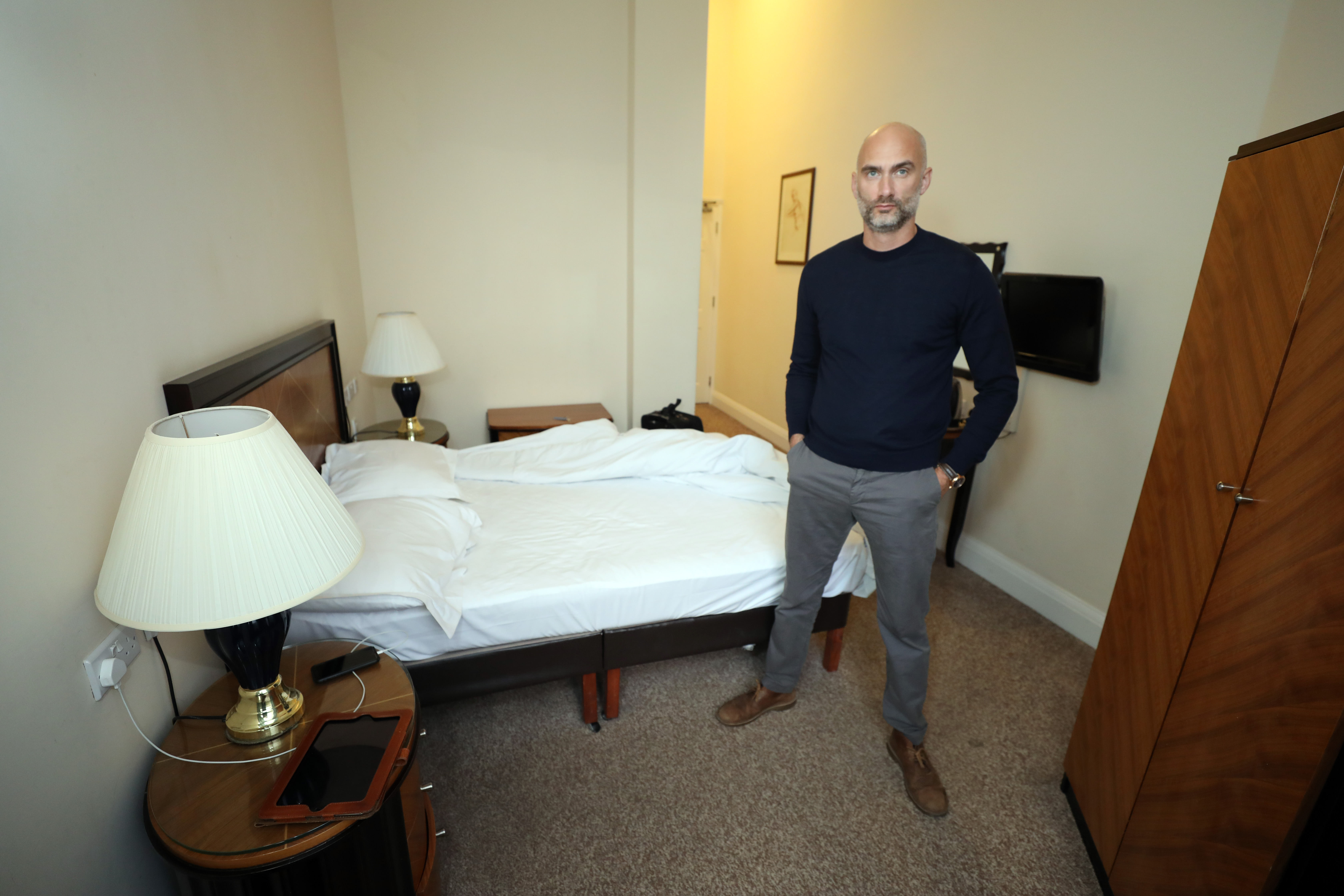 Operation Warm Welcome was launched by the Government in August to help refugees who had risked their lives working with British forces in their homeland to rebuild their lives in the UK.

Afghan Resettlement Minister Victoria Atkins said at the time: “Operation Warm Welcome is a huge effort to make sure that those fleeing Afghanistan are able to make a success of a new life in the UK.’’

Yet the reality of the conditions they have discovered in Britain has left some Afghans so distraught that they want to return home.

The appalling state of The Grand, once visited by wartime leader Winston Churchill, has led to the local council holding talks with owner Britannia Hotels Group.

Britannia has been repeatedly criticised for the poor state of its hotels and was recently voted the UK’s worst chain for the eighth year running.

There can be no dispute about the dreadful state of its once-proud Scarborough venue.

After booking a room, I was allocated one on the ground floor.

Brown sewage surged through the bath plug whenever the toilet flushed and the bathroom floor was covered in dirt.

Outside, buckets were placed in the corridors to catch water dripping from the ceiling and a team of exterminators arrived on Tuesday to catch a rat living in the boiler room.

The distinctive V-shaped hotel in North Yorkshire, designed in honour of Queen Victoria, is a listed building with a proud history.

But on comparison site Tripadvisor, 3,965 guests have rated it at the lowest ranking of “terrible”. One customer compared it to a “third- world hell hole” in an online review.

Refugee Izmir, 36, a father-of-four, said: “I had a nice life in Afghanistan until the Taliban took over. I don’t want to complain but I have been here for a month and it is not easy.”

When The Sun on Sunday stayed at the hotel this week we discovered the new arrivals have been segregated from British guests.

One British resident said: “To put the poor Afghan refugees in this place is frankly disgraceful. This is anything but a warm welcome. I feel sorry for them.”

Many of the Afghans placed in Scarborough had bravely helped our troops in the battle against the Taliban. Now they gather in clusters outside the hotel, waiting for news of their next accommodation.

Reviews of the hotel are so poor that the website recently suspended posts about The Grand.

A music tour manager said of his recent stay: “It makes Fawlty Towers look like The Ritz.”

During my visit young refugees rode a scooter in the corridors.

Young mothers in traditional Afghan clothes pushed buggies in circles around the lobby as they tried to calm their screaming babies.

Others sat listlessly, listening to music on headphones, or blasting out Middle Eastern songs on mobile phones.

The Afghans, many of whom have been living here for almost two months, receive breakfast, lunch and dinner in the hotel’s Premier Restaurant, which can seat 60 among the now tired-looking gold-framed mirrors and once plush red carpets.

Grilled meat, naan bread and pulao rice is cooked by a dedicated chef, while regular guests are offered buffet food in the Harbour Lights Restaurant a floor below.

At 8am, buses arrive to take some of the young children — wearing the uniform of a local school — to classes. Yet despite assurances that the refugees would be integrated and given English lessons, children in school uniform were spotted wandering aimlessly around the hotel at midday on Tuesday.

Older refugees were called into a meeting room, where they were given instructions on how to get Covid jabs, medical treatment and English lessons.

Izmir told how he fled Paghman in August and confided he had been living at the hotel for a month, with no idea when he would be given a permanent home.

Guests who attempt to engage in friendly conversation with the refugees are immediately pounced on by a team of uniformed police officers and security guards.

Julie Carvell, 55, runs the Precious Little Things antique store steps from the Grand. She is angry the Britannia Group has not spent more doing it up.

She said: “It’s such a shame because it used to be a nice hotel.

“The guests are having a terrible time and, although we want to help refugees, housing them here has made things even worse.”

And she claimed: “I spoke to a guest who asked for his money back, as the lifts were broken and his wife is disabled. The hotel refused.”

Regular guest Anna Fella, 68, has been visiting the hotel for years and paid £132 for a three-night stay this week that included breakfast and dinner.

Anna, from Leeds, said: “I don’t know why I keep coming back. The food used to be really good but now the meat is overcooked and the vegetables are soggy.

"I came here in August and paid extra for a suite, but you couldn’t use the Jacuzzi and water was leaking through the bathroom ceiling. This time the room is better but it’s nothing like it used to be.

“Last night I went to the bar for a quiet drink and there were about nine kids running around.

Gianna Gibson, 28, is assistant manager at the Dickens Bar & Inn opposite and claimed Scarborough Grand guests often beg her for a room having fled in disgust.

She said: “It’s sad, because the hotel is the face of Scarborough and the more people that stay there and have a bad experience, the less likely they are to come back.

“I’ve heard people saying their rooms were filthy and when they complained, the staff promised they would clean them but never did. But if the hotel is not improved the town’s reputation is going to plummet and will just die.

“It’s got that bad. In my mind this is no warm welcome for the refugees.”

The £200million Operation Warm Welcome aims to “ensure Afghans arriving in the UK receive the vital support they need to rebuild their lives, find work, pursue education and integrate into their local communities”.

The Government has pledged at least £12million to prioritise additional school places for migrants, has provided £3million in additional NHS funding for the refugees to get healthcare and is scrambling to secure around 10,000 homes for them.

They were also promised indefinite leave to remain in the country as well as support to help them learn English and become self-sufficient.

The Sun on Sunday contacted Britannia Hotels Group and the Home Office for comment.

Time's not been kind

THE Grand Hotel Scarborough opened in 1867, overlooking the coastline of the spa town’s South Bay.

Hull architect Cuthbert Brodrick designed the Grand with time as his theme. 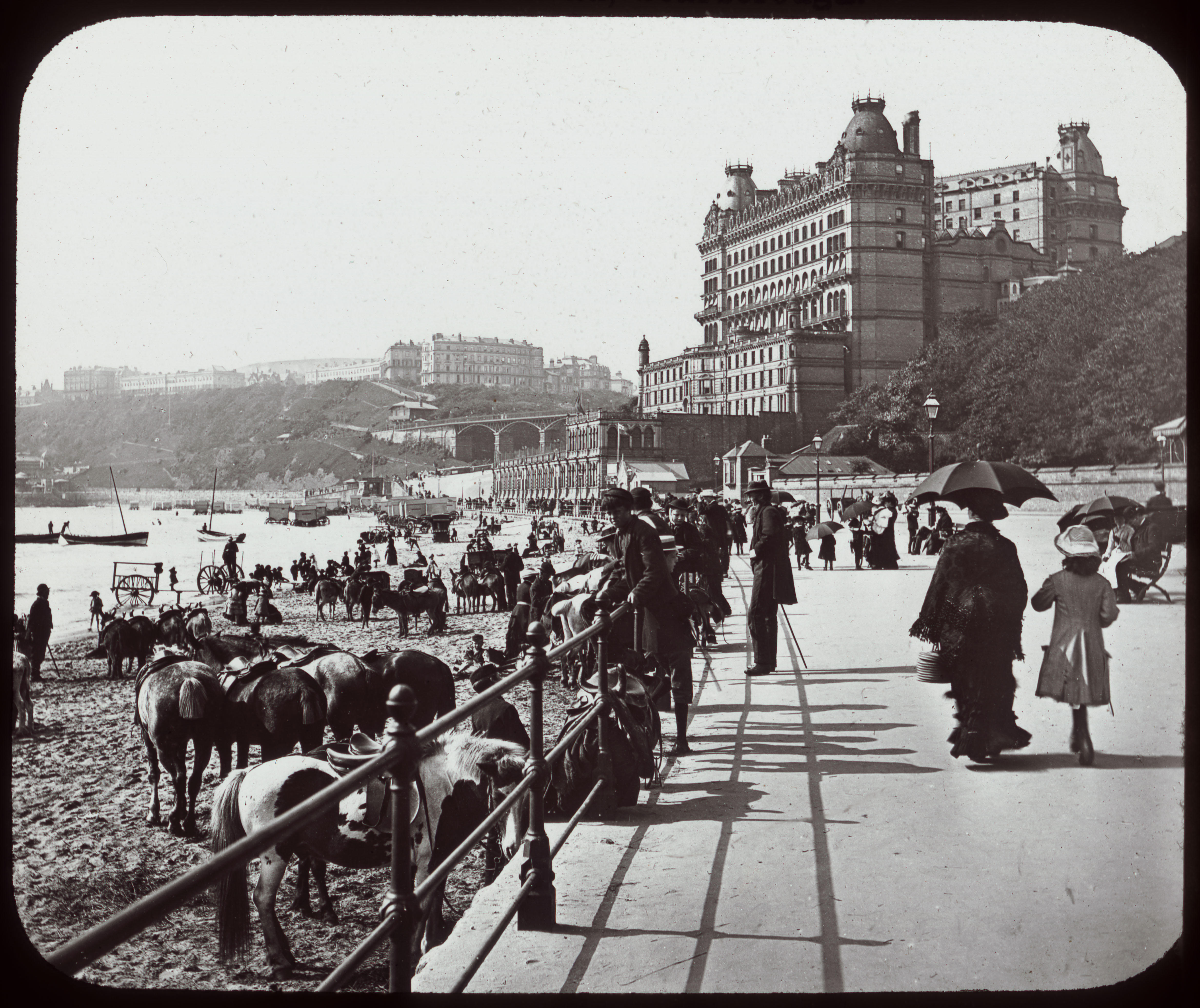 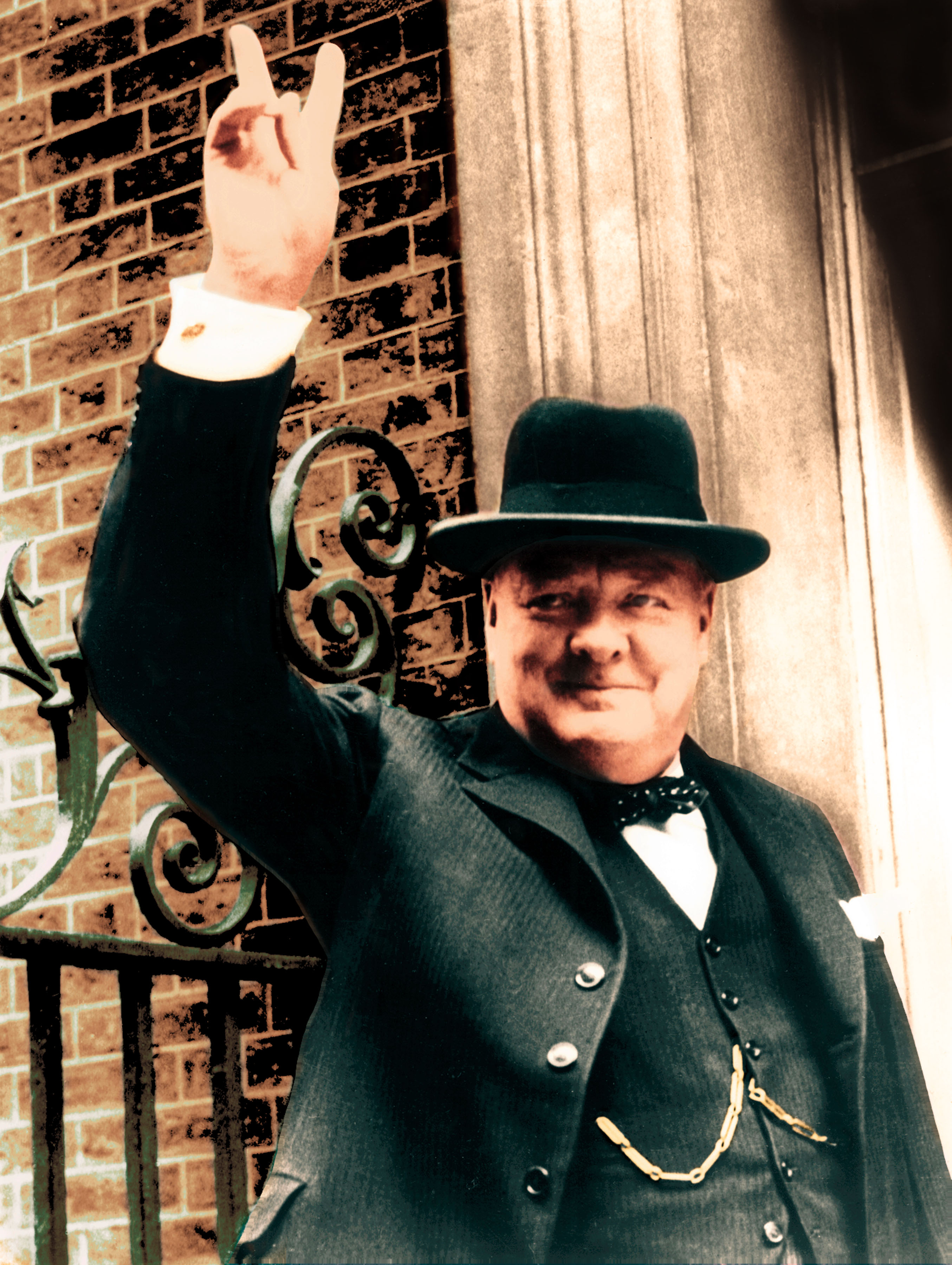 Four towers represent the seasons, its 12 floors the months of the year, 52 chimneys the weeks, and there were originally 365 bedrooms for each day of the year.

The hotel was badly damaged in World War One when a German naval bombardment destroyed its restaurant in December 1914.

A £100,000 refurbishment followed and in 1952 Winston Churchill, in his second stint as PM, stayed there for the Tory party conference.

Following the 1980 siege of the Iranian Embassy in London’s South Kensington, the hotel was used for covert training exercises by the SAS.

Holiday camp firm Butlins bought the hotel in 1978 and reduced the capacity to 280 rooms.

Britannia Hotels took over the Grand in 2004. The budget chain operates 61 hotels across the country. 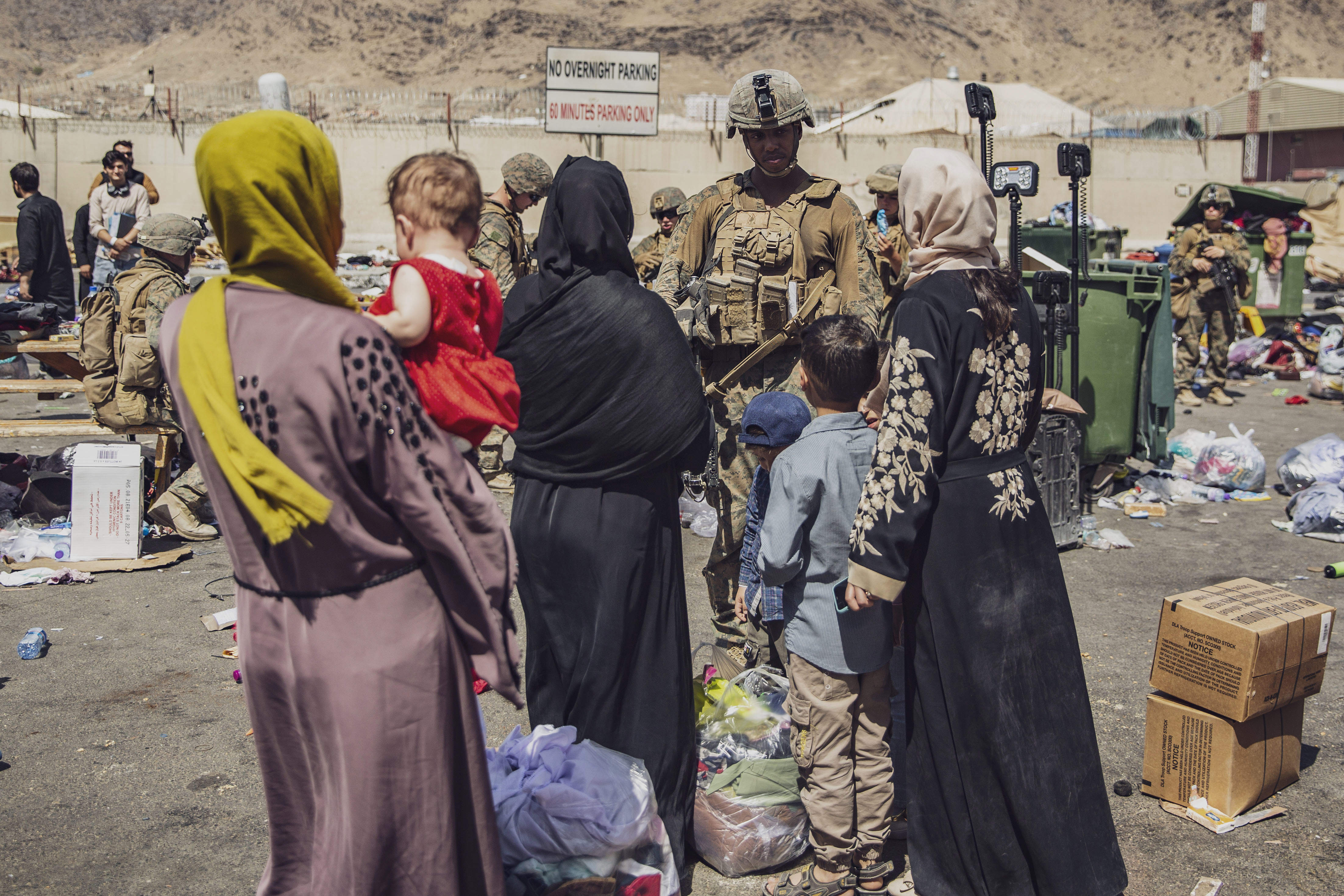 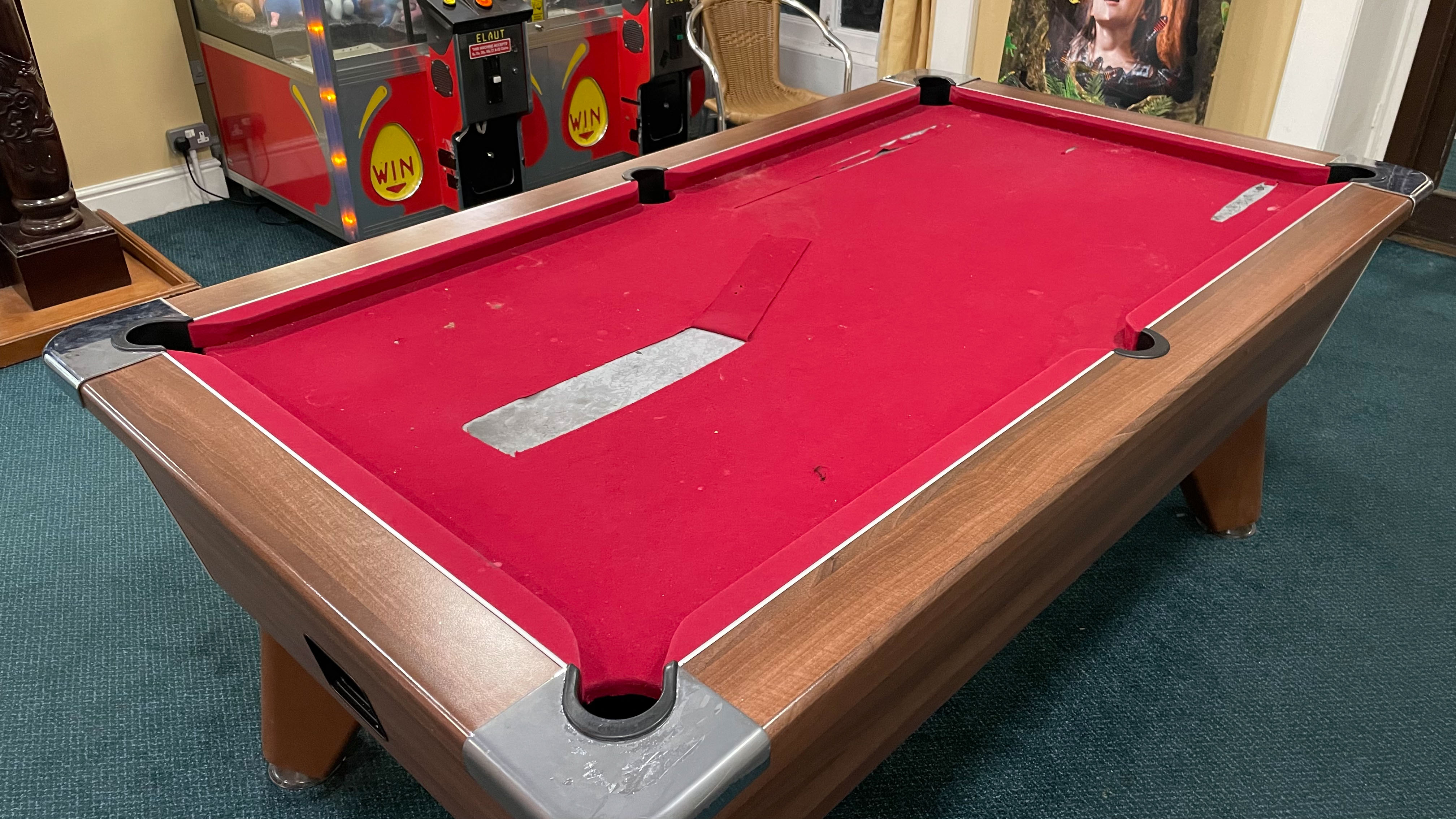 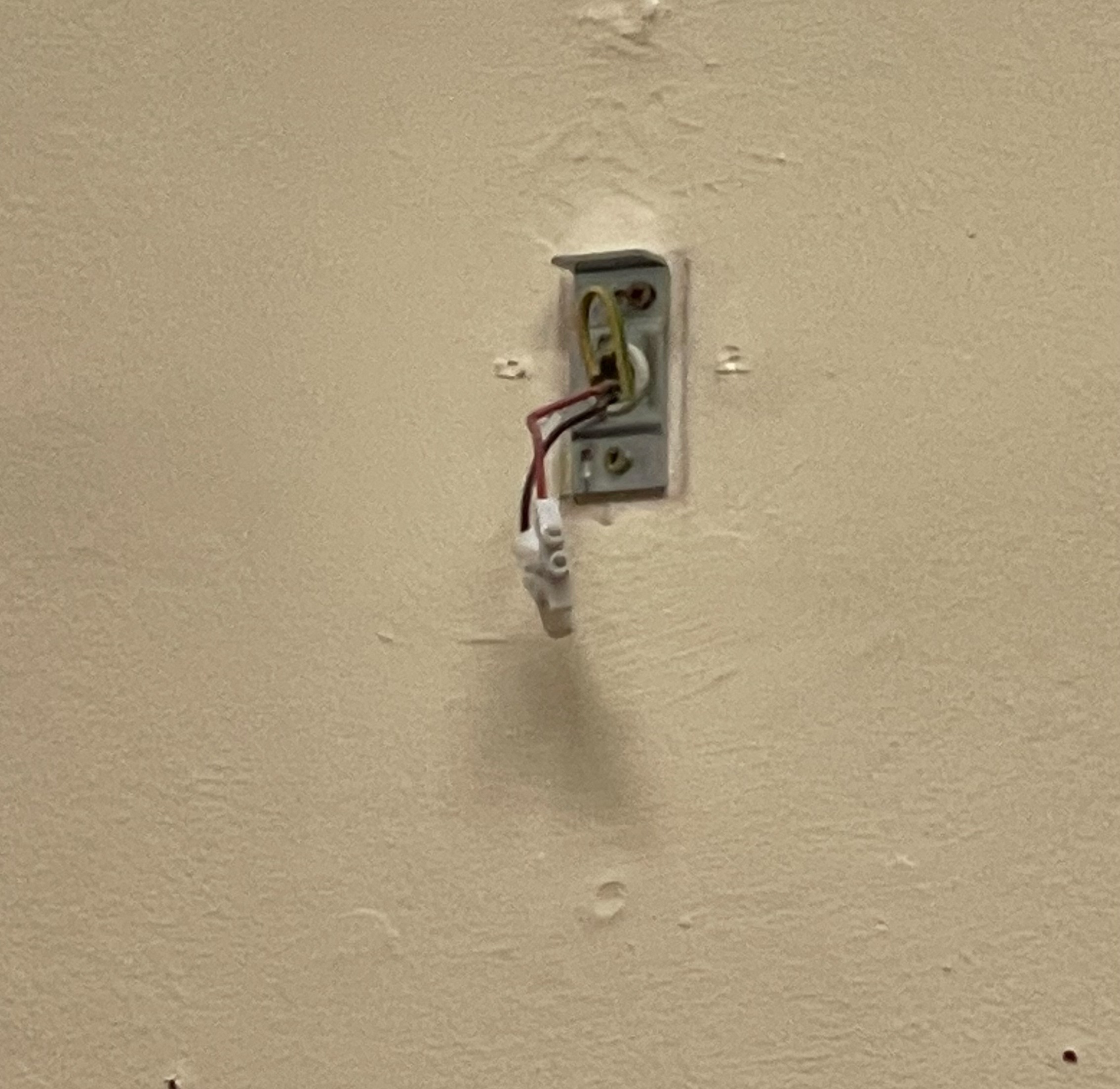 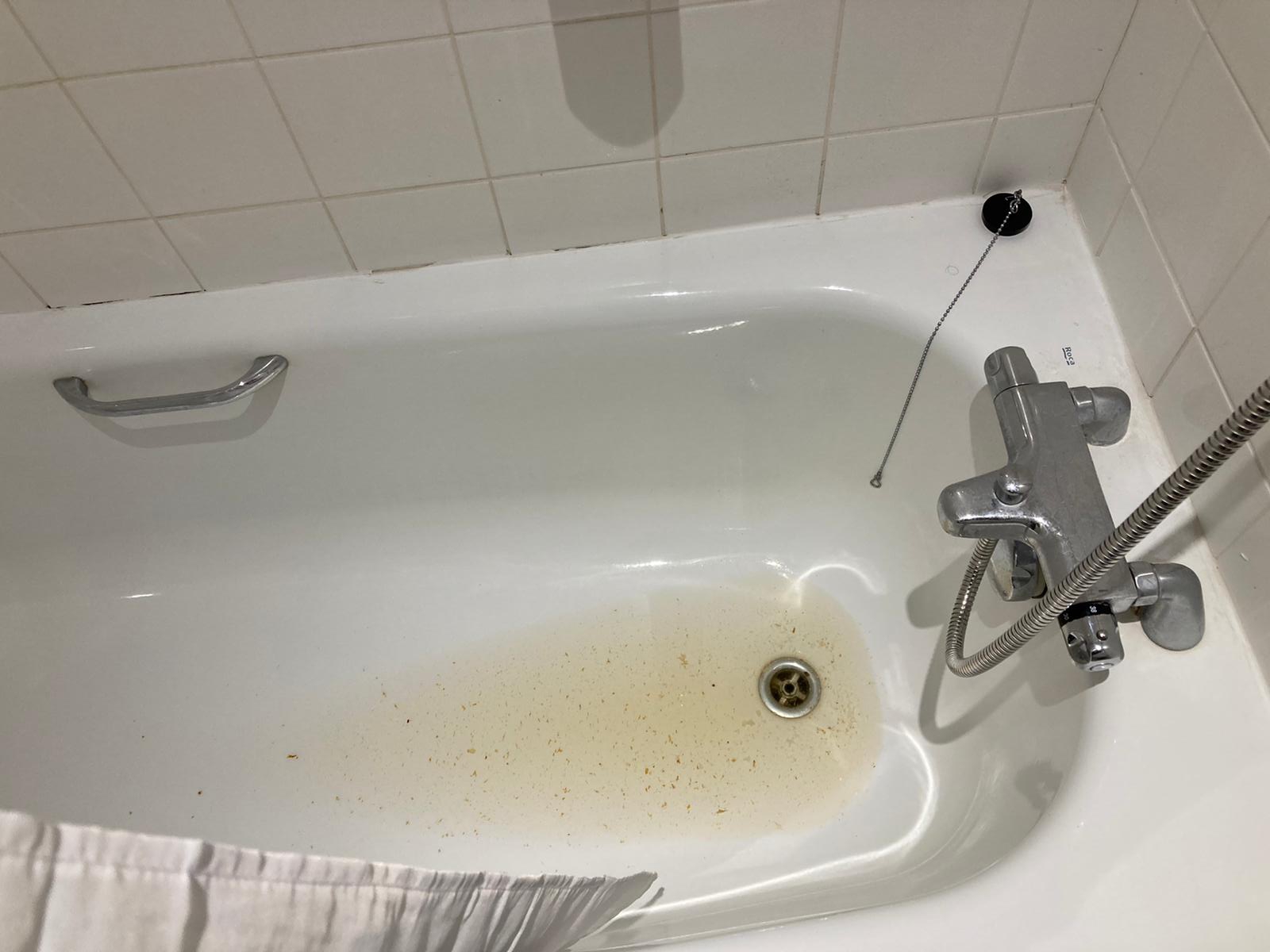 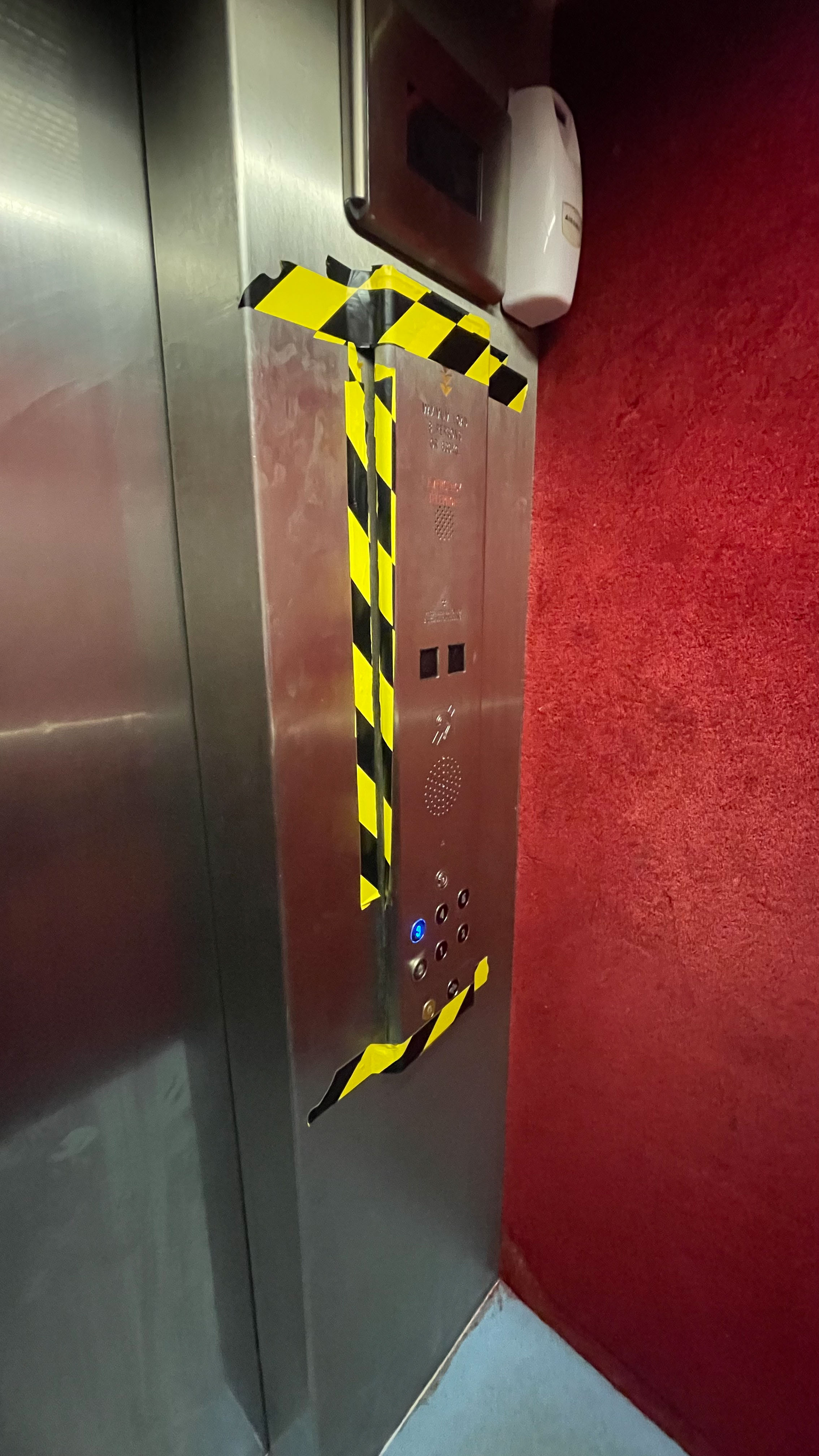 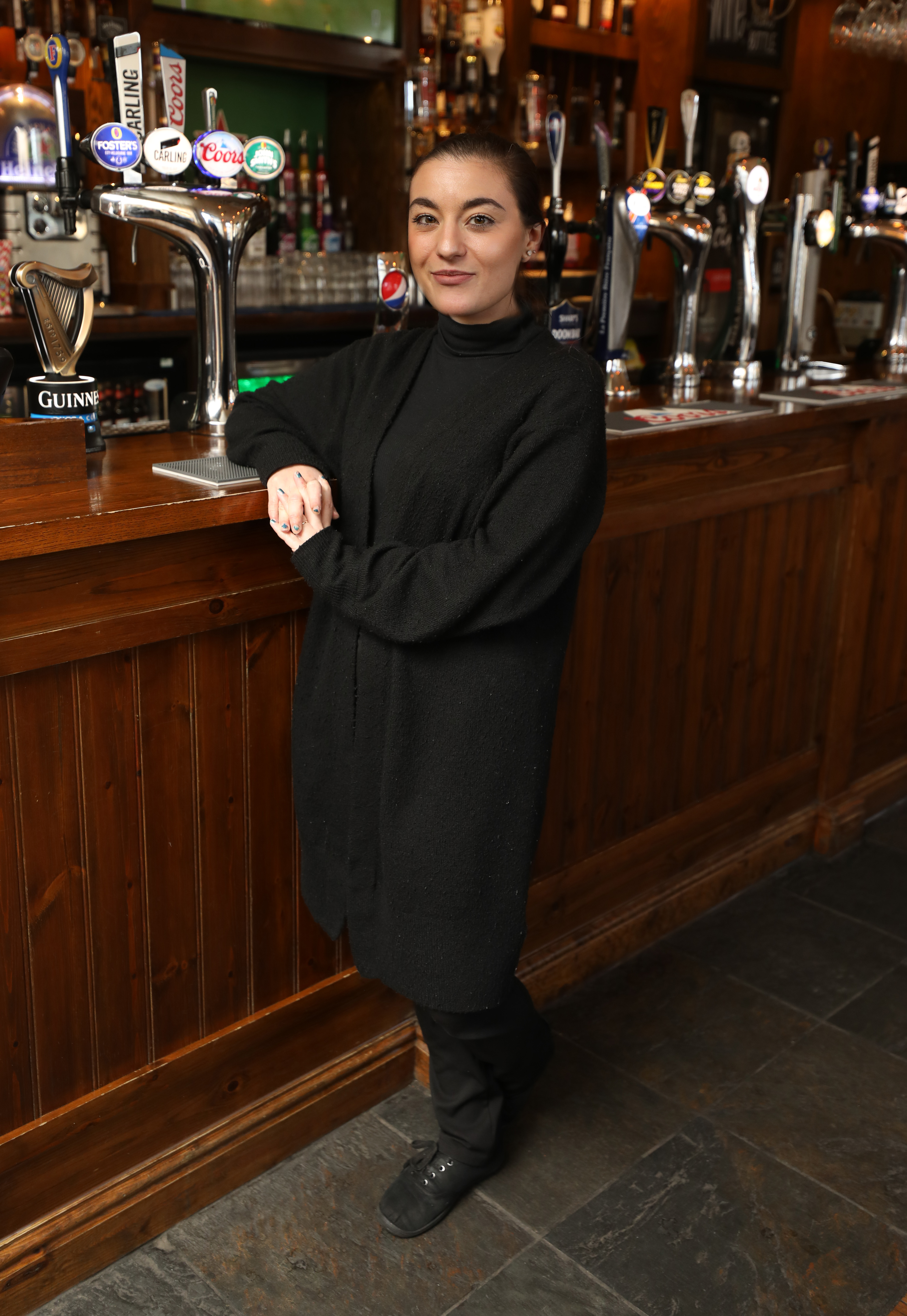 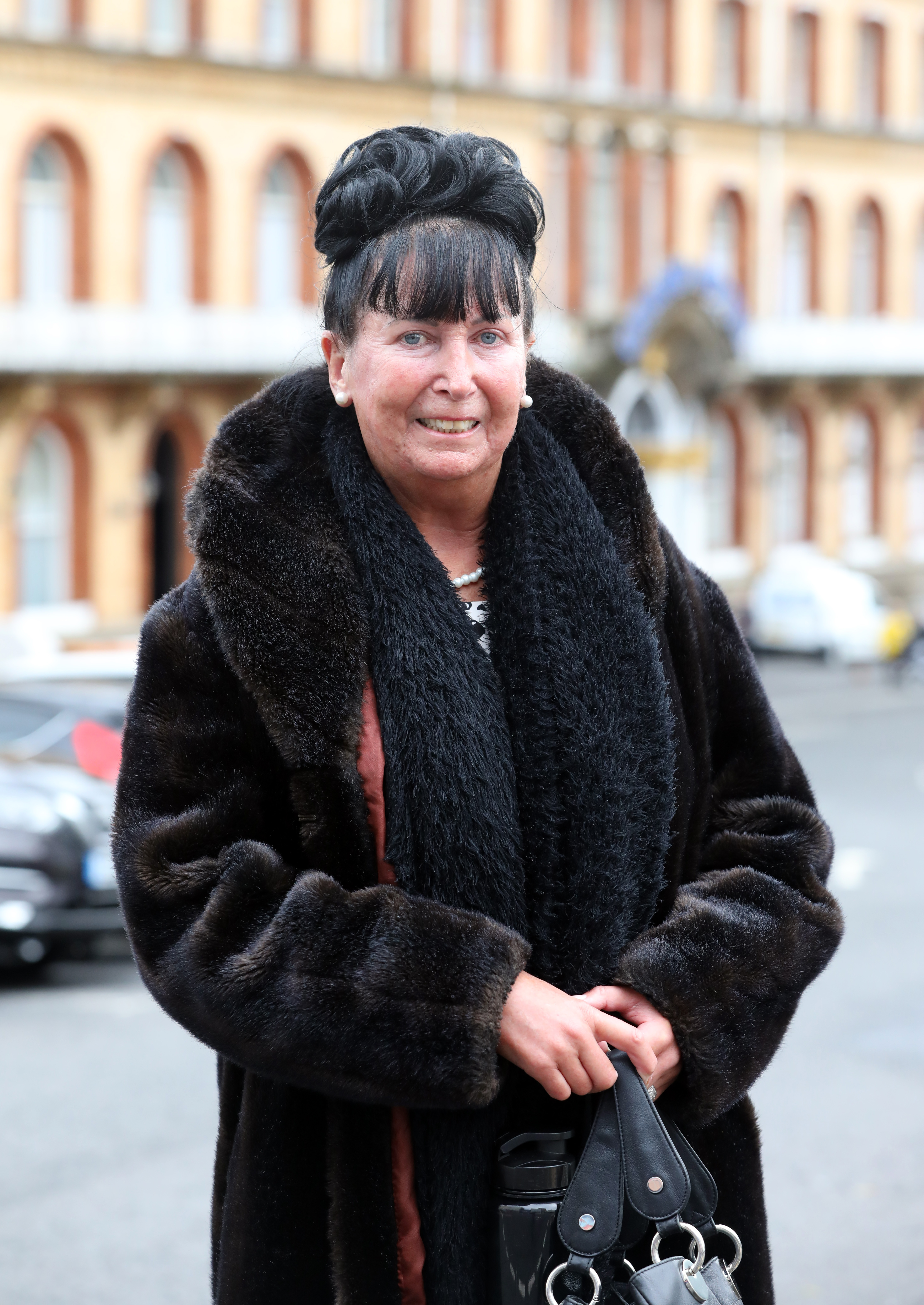