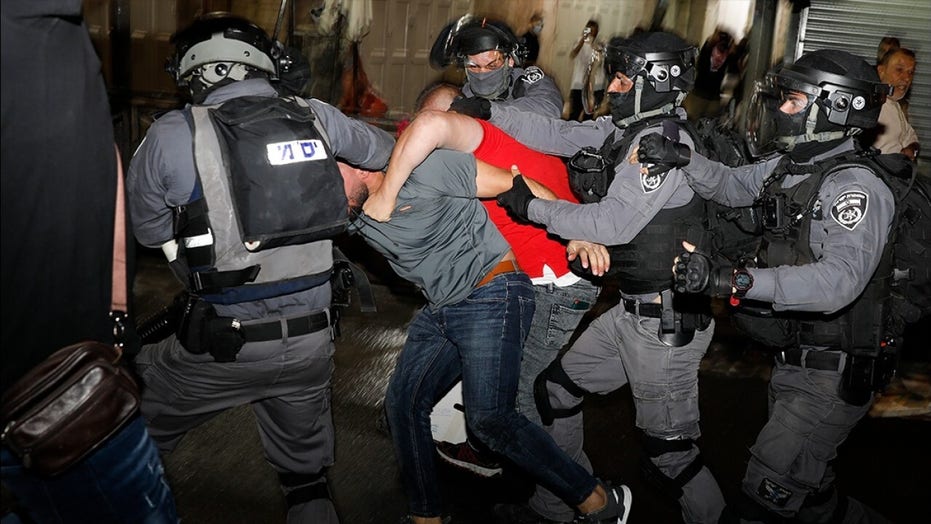 Officers fired tear gas and stun grenades and protesters hurled stones and other objects at police.

MORE THAN 200 PALESTINIANS HURT IN AL-AQSA CLASHES WITH POLICE 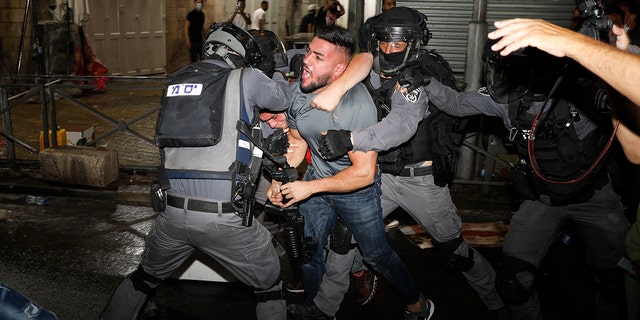 The site, known to Jews as the Temple Mount and to Muslims as the Noble Sanctuary, is considered the holiest site in Judaism and the third holiest in Islam. The compound is the emotional epicenter of the conflict and has been center stage for Israel-Palestinian violence in the past.

Earlier police barred Jews from visiting the site on Monday, which Israelis mark as Jerusalem Day.

The police decision came hours before a planned march by hardline Israeli nationalists through the Muslim Quarter of Jerusalem’s Old City, an annual event widely perceived as a provocative display of Jewish hegemony over the contested city.

Police have allowed the flag-waving parade to take place despite growing concerns that it could further fan the flames.