‘It’s a great time to be doing business’ in the Midwest: Huntington Bancshares CEO

“The economy looks very, very strong, and there's a lot of economic activity going on,” Steinour said regarding the small businesses landscape for the Midwest in 2022. “There's a lot of manufacturing on-shoring or reshoring, and then there's economic development activity. We've never seen this level of activity here in Central Ohio.”

Huntington Bancshares is a bank holding company headquartered in Columbus, Ohio, and primarily serving the Midwest. The publicly-traded corporation exceeded expectations in its Q1 2022 earnings report, posting a net income of $460 million and EPS of .29 cents.

The company acquired TCF Financial last October, granting it greater penetration into the Midwestern cities of Minneapolis and Denver.

There has been an across-the-board return to commercial lending after the pandemic quelled some of the industry’s growth. Bloomberg analysis of Federal Reserve data showed that lending among the country’s 25 largest banks was 3.5% higher at the end of December than it was a year earlier.

Though the increased demand for loans may be good news for holding companies, it reveals a small business landscape that also struggles with larger macroeconomic issues like high inflation and the ongoing labor shortage. 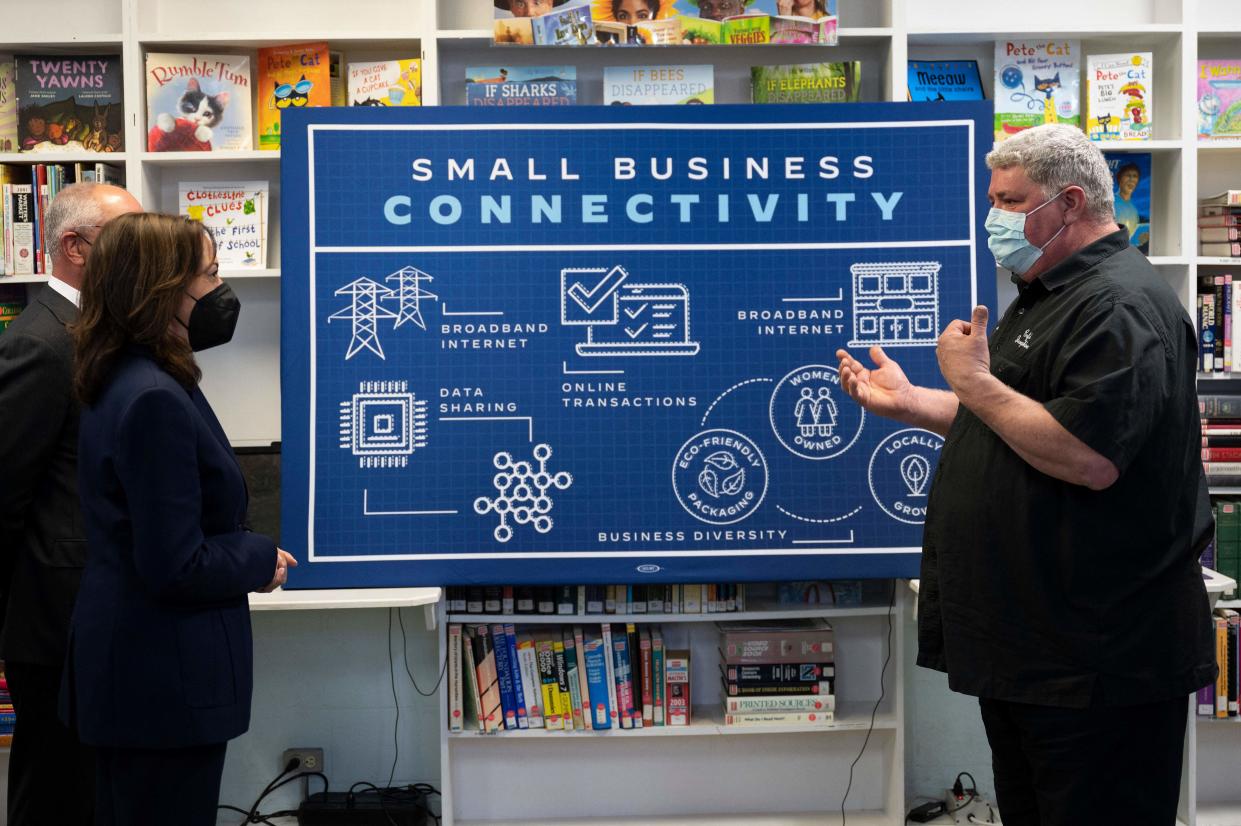 Demand for loans continues to rise partially as a response to rising inflation squeezing small businesses, many of whom operate on small profit margins. A recent Goldman Sachs (GS) survey found that 80% of small-business owners reported decreased business financial health due to inflation.

The same survey also found that small businesses, like larger corporations, have been raising wages — 67% have increased wages for current employees, and 61% reported increasing wages to attract new employees.

“Our business lines are very well-positioned [with regard to inflation],” Steinour told Yahoo Finance Live. He added that the company projects automation to also play a role in filling the shortage of labor within the region, especially in the manufacturing-heavy midwest states. “We are number six or seven in terms of equipment finance, so a lot of automation to supplant the lack of labor is going to occur. It's in process. More of that will occur in the Midwest as industrials reshore. A lot of that will be in the Midwest.”