Jamie Oliver has revealed his wife has endured a ‘deeply scary’ battle with long Covid for the last two years.

The celebrity chef, 47, said Jools Oliver had a tough time when she contracted Covid and is still struggling with the long-term effects.

Oliver said his wife of 22 years had been ‘really affected by it’ but had been a ‘superstar’, Mail Plus revealed.

And despite being ‘over Harley Street like a rash’, he said it seemed like ‘no one really knows anything’ about the condition. 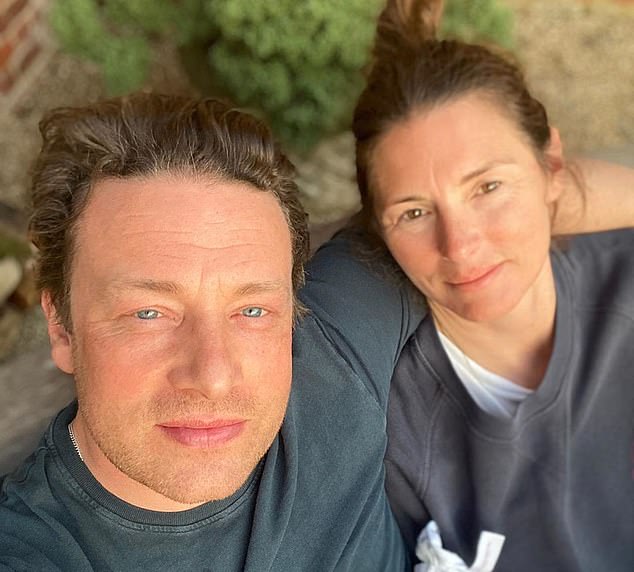 Jamie Oliver, 47, said his wife Jools had a tough time when she contracted Covid and is still struggling with the long-term effects 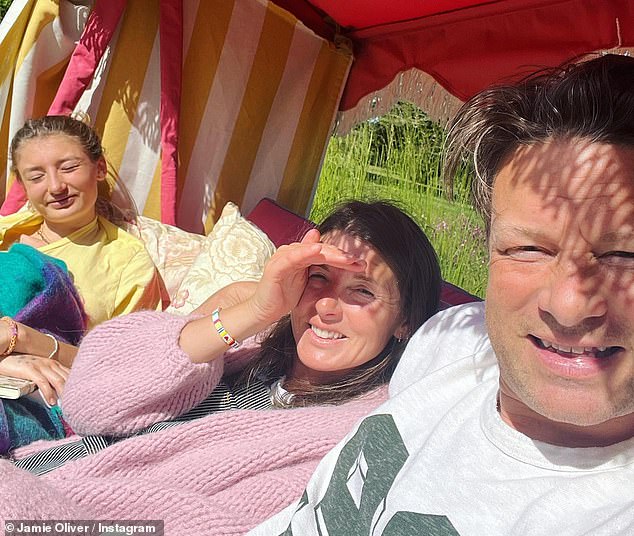 A snap Jamie shared on social media in May as he was celebrating his 47th birthday. It shows Jools (middle) and their daughter, Daisy

Overall, 1.8million Britons are estimated to have long Covid, according to the latest figures from the Office for National Statistics.

The news comes at a time of great change for the Oliver family, with their 20-year-old daughter, Poppy, leaving for university over lockdown.

In a deeply personal moment in 2020, Jools also revealed she has suffered five miscarriages – two before giving birth to River in 2016, and three afterwards – including in the year during lockdown.

Jools shared a poignant image of a lit candle with her 559k followers alongside a caption detailing her tribute to her ‘stars in the sky’.

As well as honouring her own ‘stars’, she also noted that the tribute was to Archie – her friend’s baby, who she has previously mentioned on Baby Loss Awareness Week.

The couple have shared other stories of family life during lockdown, with Jamie describing home schooling as ‘a blend of misery… and misery’. 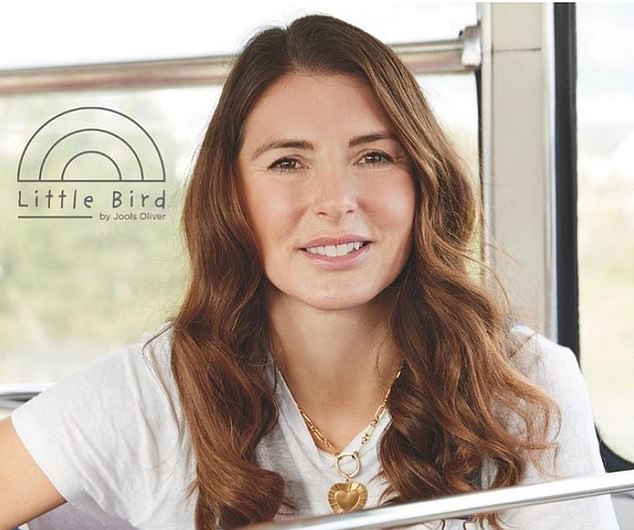 Jools has her own clothing line, called Little Bird, which was relaunched in March 2021 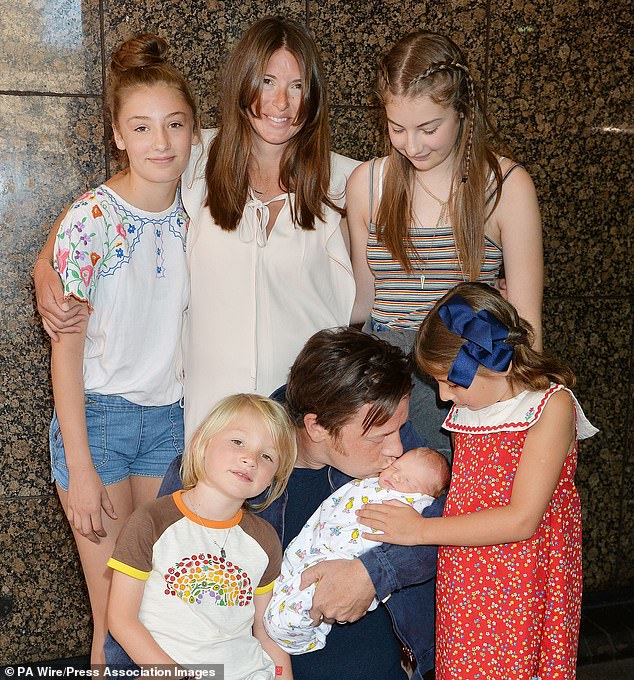 Meanwhile, Jools, 47, revealed the family dreaded Jamie filming his cookery shows during lockdown at their £6million Tudor mansion in Essex.

She said that the couple had previously been good at separating work and family life, but that changed when she was required to act as a ‘producer’ and ‘camera woman’ for his show.

Jamie has experienced a difficult few years in his professional life, with the collapse of his restaurant empire in 2019 resulting in a thousand people losing their jobs across 22 branches.

The chef said he had lost £25million of his own money. 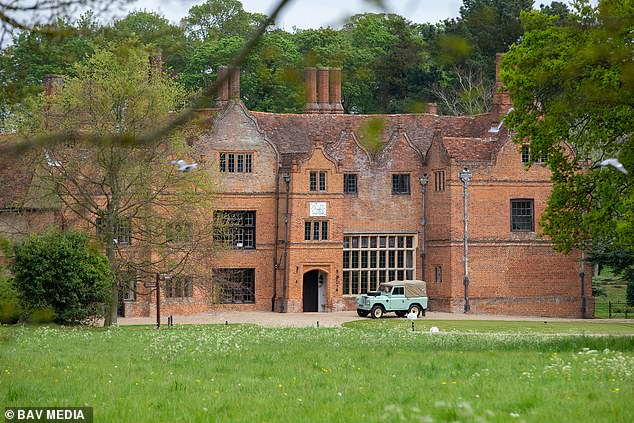 Jools, 47, revealed the family dreaded Jamie filming his cookery shows during lockdown at their £6million Tudor mansion in Essex

In May, he appeared outside Downing Street waving an Eton Mess pudding to demand Boris Johnson bans multibuy deals to curb obesity, but was slapped down by the Prime Minister, who said the move would worsen the cost of living crisis.

The protest came after it emerged lockdowns and school closures have been linked to an ‘unprecedented’ rise in childhood obesity in England.

Government data shows record numbers of youngsters were obese or morbidly overweight by the time they started Reception or left primary school in April 2021.

Many experts warned at the time that locking down children, despite their low risk of Covid, could have long-lasting repercussions on their health.’