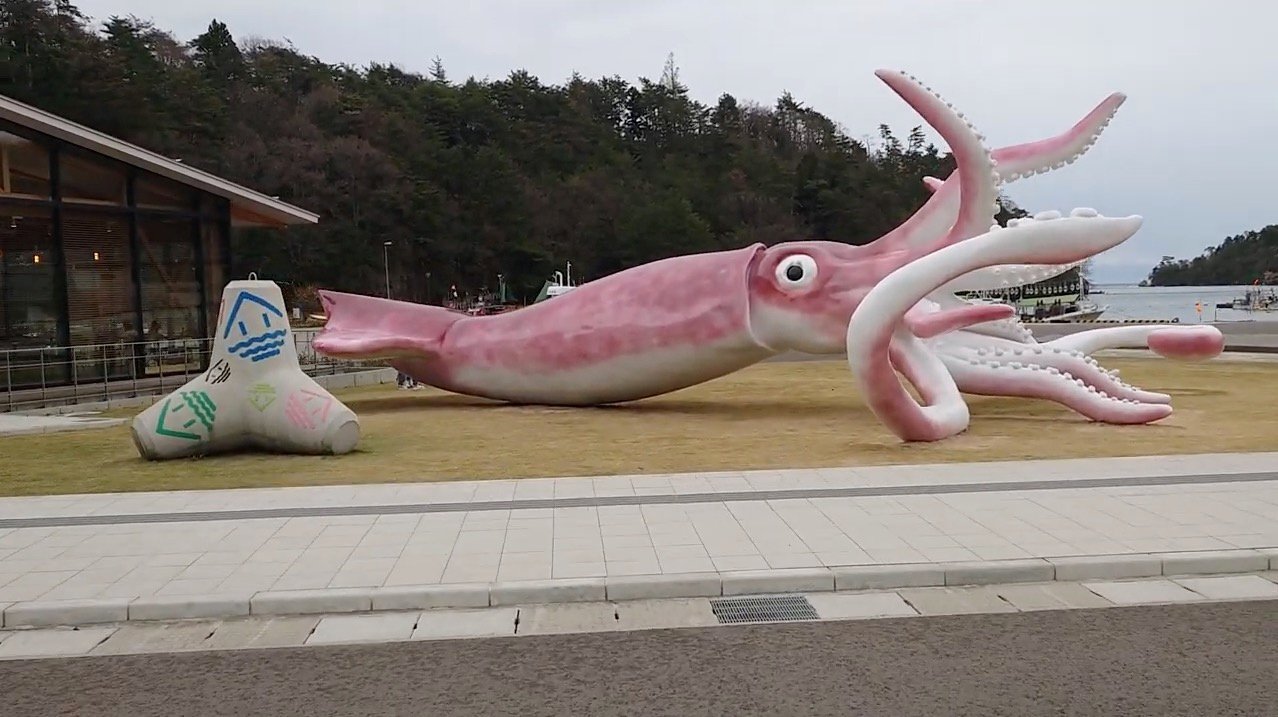 A Japanese coastal town has raised eyebrows after using some of its coronavirus relief money to build a giant statue of a squid.

A total of 800million yen (£5.3million) was awarded to authorities in Noto by Japan’s central government with the aim of boosting its local economy during the pandemic.

Naturally, the town decided spending 25million yen (£165,000) on a 13-metre-long model of a squid would be a solid investment.

A local government official told reporters the statue was part of a ‘long-term strategy’ to raise awareness about the town’s fishing industry and to drive up tourism.

Squid is a local delicacy in Noto, but not everyone was convinced erecting the pink and white creature was the best use of the money.

One Twitter user said: ‘No matter how you look at it, this is wrong. They have to return that money.’ 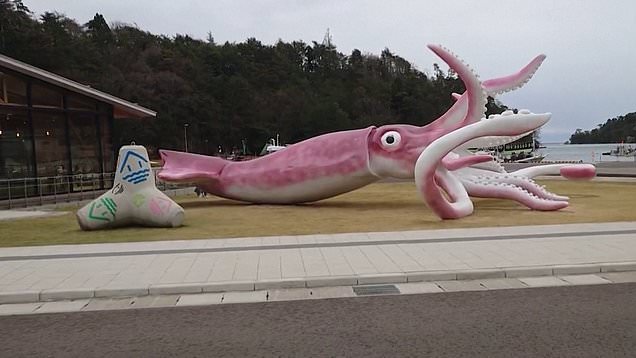 Another suggested this could be a PR stunt because it has got the town’s name on news websites across the globe.

A local woman in her 60s told the Chunichi Shimbun that while she could see the statue boosting tourism in the long run, she thought the money would have been better spent on medical workers and nursing workers.

However, the grants were not specifically earmarked for treating coronavirus patients, and Ishikawa Prefecture’s infection rate is low compared to other parts of Japan.

Construction of the cephalopod began in October 2020, and the finished statue was finally moved to its current home in March of this year, local media reported.

Japan is currently battling its fourth wave of coronavirus infections, and the government approved a £508billion stimulus package in December to help keep its economy going.

Today the country extended its state of emergency in Tokyo, Osaka, Hyogo and Kyoto, and added two new prefectures to the list.

Bars and restaurants have been told to shut or stop serving alcohol, while cinemas and karaoke parlours have been closed.

Extending the state of emergency to May 31 from May 11 will leave a margin of less than two months before the July 23 start of the Tokyo Olympics, but Prime Minister Yoshihide Suga said it is still possible the games will go ahead.

Japan has not suffered as badly from pandemic as other countries but its vaccination campaign has been slow. So far only around 2% of the population of about 126million people has received at least one vaccine dose.