When it comes to the fate of the 2020 presidential election, rapper Jeezy wants to do more than simply cast a vote. The Grammy-nominated artist has stepped up to actively help the Biden-Harris ticket win.

On Thursday night, joined by a handful of influential Black men, Jeezy played the role of both student and scholar during a “Shop Talk” discussion facilitated by journalist and TV personality, “Cousin Jeff” Johnson. The Biden campaign started the virtual rap sessions led by Director of African American Engagement Trey Baker last month as a way to reach Black male voters. In that way, the coalition program helps men like Jeezy the opportunity to learn more about the former vice president’s policies, while also giving the campaign helpful feedback on ways in which they can create better synergy with a voting block that has seen less voter engagement than their Black women counterparts.

With participation from men like Bakari Sellers, Jermaine Dupree, Sean Patrick Thomas and Don Cheadle, just to name a few, the weekly event has become a destination of sorts for both policy discussions and healthy debate. “This information, these events that we’re giving is knowledge,” Jeezy tells ESSENCE following the call. “Let’s get [this knowledge] and be able to spread it out.”

Though the Atlanta-bred artist doesn’t fancy himself a political junkie, he is community-minded and believes wholeheartedly in the power of one man’s vote. It’s why he actively planned and executed events for the Obama campaign, and is back at it again for Biden and Harris. “If I’m honest, when you value people… and you ask the right questions and show some empathy, I can relate to that,” Jeezy says of his decision to endorse the Democratic ticket. “Because where I come from, people don’t care about us. So the moment somebody in power does, to me, that’s at least enough of a gesture for me to pay attention or to engage in a conversation with you.” 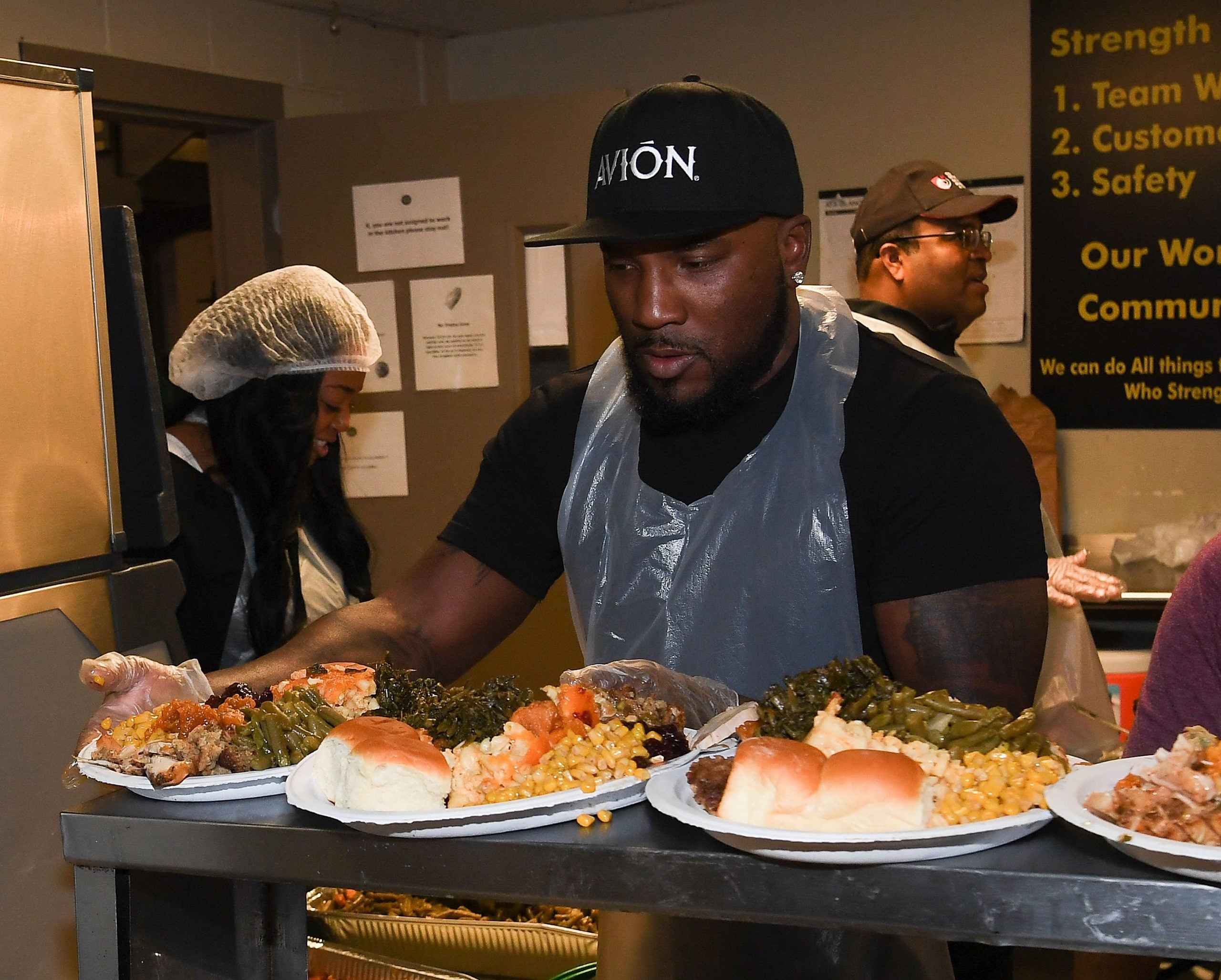 Honest, open, and informative dialogue between the campaign and everyday Americans is what the Biden camp is banking on to mobilize undecided voters and those still on the fence about whether or not to vote at all. “We always strive for authenticity when engaging our key constituency groups by meeting people where they are and facilitating spaces for empowering and forward-looking discussions,” says Kamau Marshall, Director of Strategic Communications for the Biden Campaign. “We’re confident that these gatherings will energize Black men to support Joe Biden and Kamala Harris — the candidates that will undoubtedly champion their safety, economic prosperity and physical and mental well-being.”

Johnson also believes the virtual gatherings allow the campaign to permeate spaces the candidates wouldn’t otherwise be able to go. Likening it to strip club engagement efforts in 2012, the former Rap City host said campaigns, the entire Democratic infrastructure even, should do more to pique the interest of potential voters in spaces that are familiar to them. “People would lose their mind if a formal campaign was in a strip club,” Johnson says. “But it might be the place you should be because they’re voters there.” 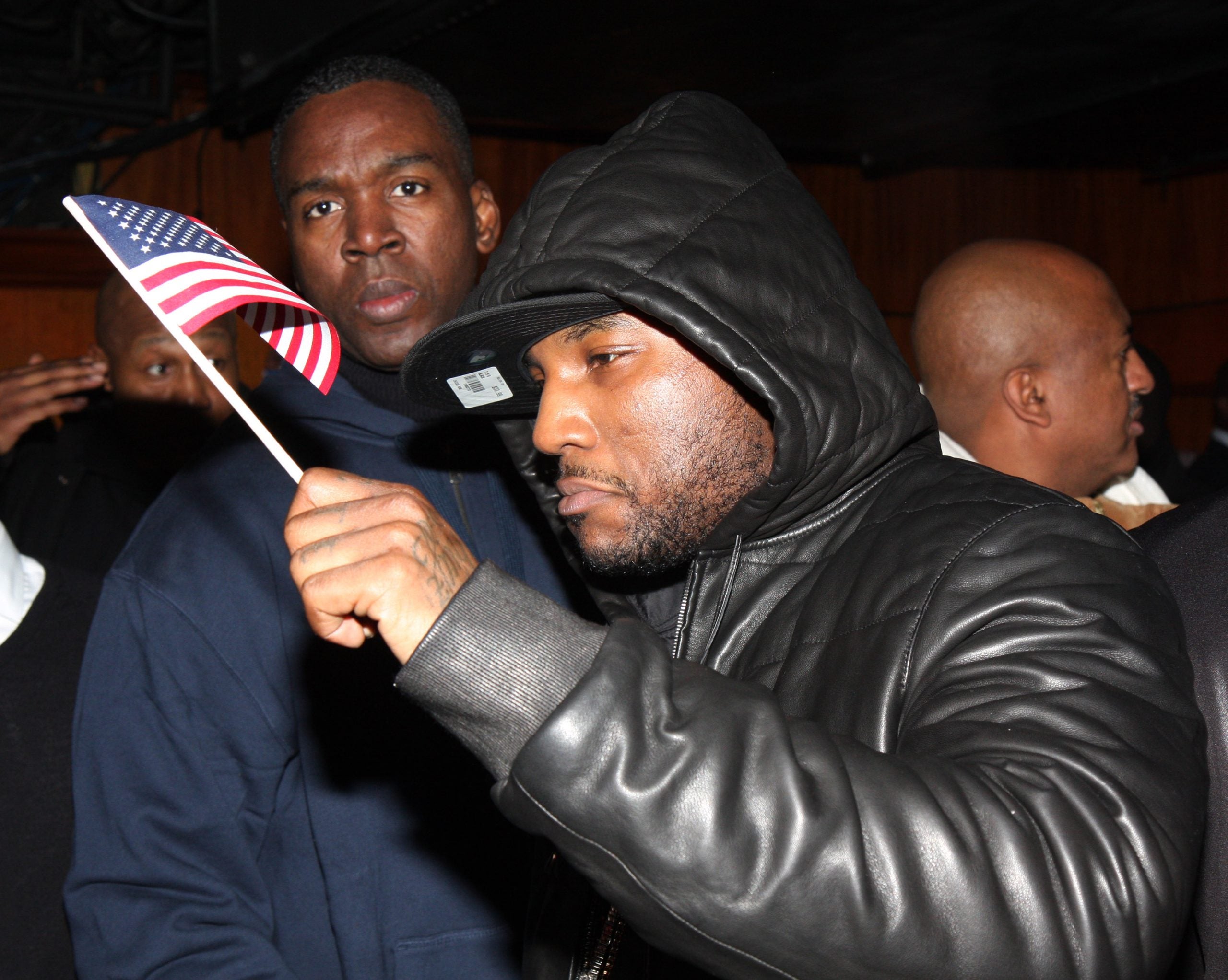 Place aside, Jeezy contends that the focus for him when doing events like Shop Talk is getting more understanding. He appreciates that the conversations being had aren’t necessarily ones you would hear every day in a Black barbershop or in passing at the dinner table. “So to me, it was good to be able to sit there and hear it from different Black men with different perspectives,” Jeezy discloses. “So when I go out and somebody asks me [about why I support Biden], I can give them an answer with confidence and certainty, not in the blind.”

Jeezy hopes that by November every Black man feels empowered to vote for Biden not simply because they don’t want Donald Trump to get a second ter, but because they understand another four more years of the current occupant in the White House would make things “1000 percent worse than they are now.”

“Right now, we can march, we can loot, we can burn it to the ground, but when it’s time to vote, we still got to get out there and vote,” Jeezy adds. If we’re going to fight, we got to fight it on all fronts, and we can’t back down because we feel that we’re not being heard…If we show up in numbers like we’ve done a couple times before, you’ll see the outcome, and you’re not going to get the outcome that you want by sitting at home and being emotional about it. It’s time to step up.”