Three eco-activists accused of sparking nine hours of traffic chaos by climbing on to the gantry above the M25 are set for trial after pleading not guilty.

They are accused of forcing the motorway to close in both directions by climbing on an overhead gantry and unfurling banners.

They pleaded not guilty at Ealing Magistrates’ Court in west London on Friday. 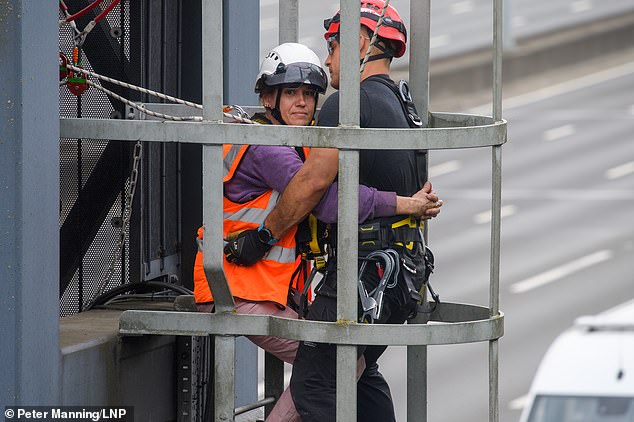 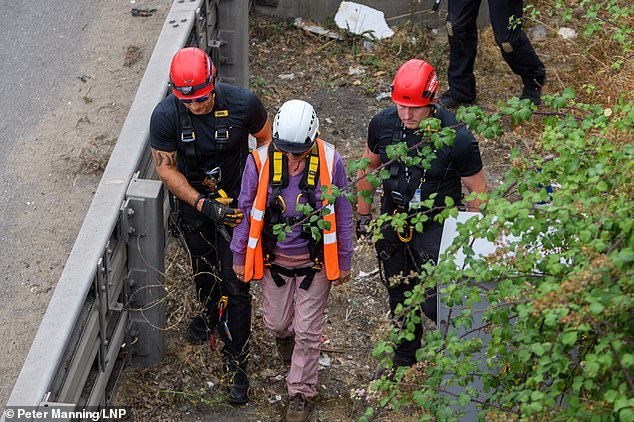 The defendants allegedly harnessed themselves to Junctions 14 and 15 on the south-west side in Surrey. The 117-mile M25 encircles London.

They will next appear at Inner London Crown Court on August 19.

‘Police were notified that protesters were planning on causing disruption on the M25 and therefore police arrived at the scene,’ said Beata Murphy prosecuting at Ealing magistrates court.

‘The decision was made to stop the traffic on the road because it was simply too dangerous and the protesters kept moving across the gantry. 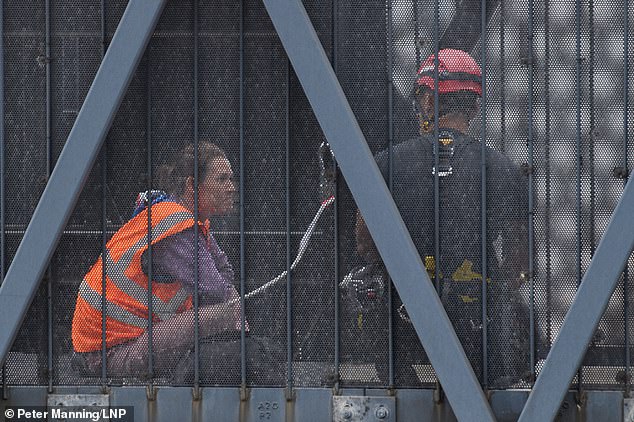 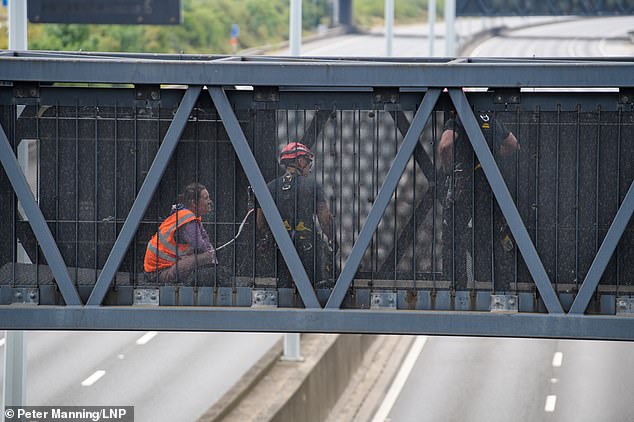 ‘There were lengthy tailbacks in both directions. At Heathrow Airport several flights were unable to take off because the staff were unable to get to work.’

The court was told that in total 26 flights were delayed because of the demonstration by Just Stop Oil at the Poyle Interchange, causing ‘incredible loss to the airlines.’

Ms Murphy added: ‘The protesters had harnesses on for safety and stuck to the gantry.

‘Once police were on top of the gantry, protesters went limp and would not comply putting themselves and officers in danger.’ 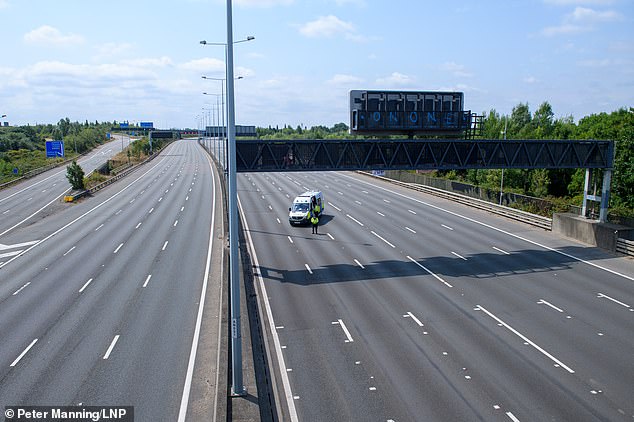 ‘I anticipate complex legal arguments and it is totally appropriate to be trialled in the crown court.

‘There are going to be Article 10 and 11 arguments in terms of Human Rights.

The case was sent to the crown court because of its ‘unusual legal complexity.’

In a statement released shortly before the demonstrations, Just Stop Oil said it was ‘declaring the M25 a site of civil resistance’ this week.