KAMALA Harris has been slammed for saying voter laws would not work for rural Americans because they cannot photocopy their IDs.

The vice president tried to correct her claim by saying rural communities don't have Kinkos or OfficeMax. 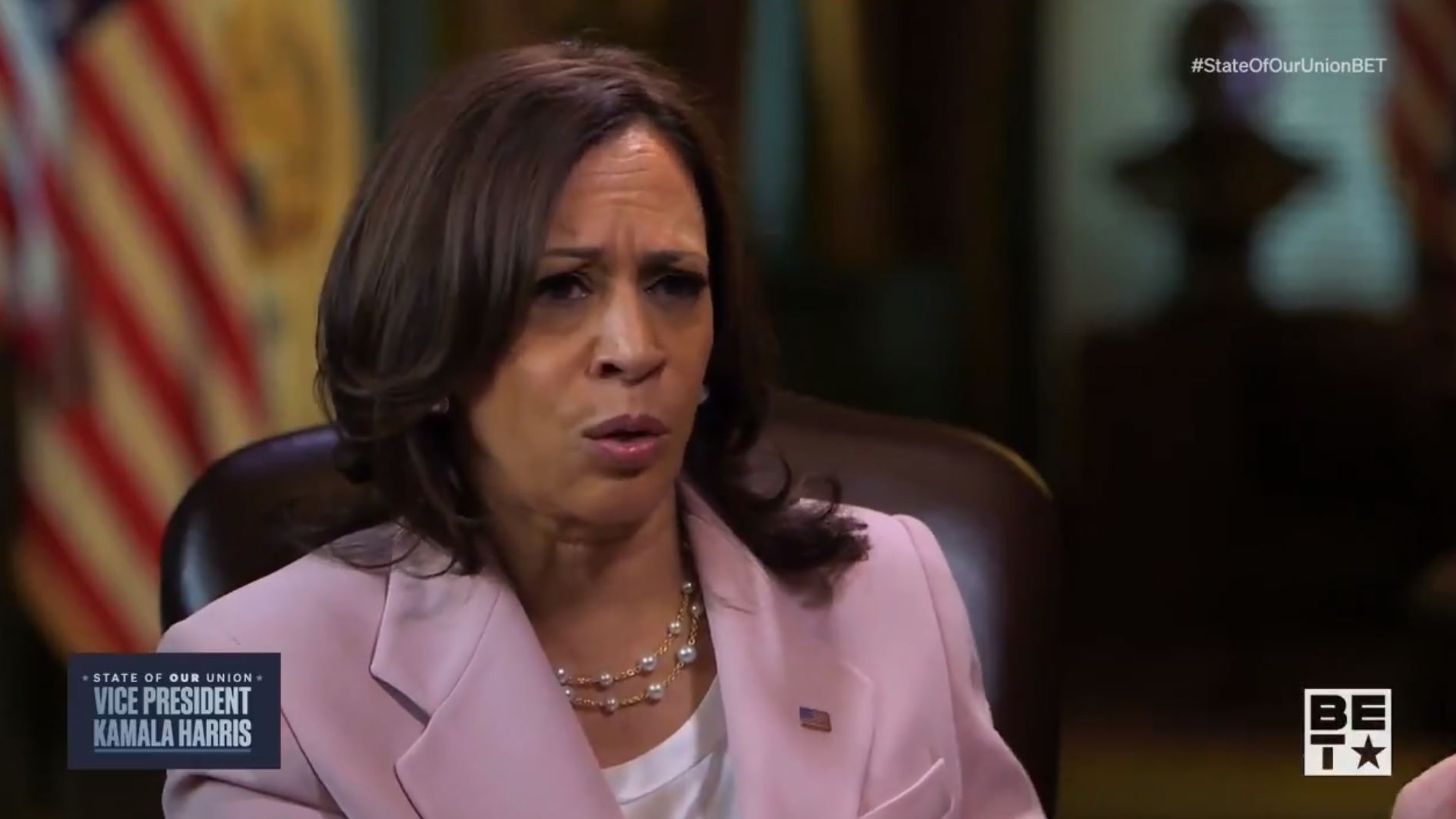 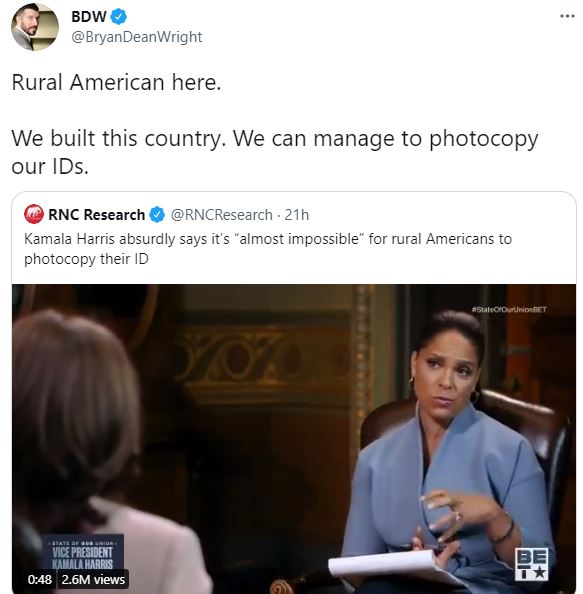 "Because in some people's mind, that means you're going to have to Xerox or photocopy your ID to send it in to prove who you are.

''Well, there are a whole lot of people, especially people who live in rural communities, who don't – there's no Kinkos, there's no OfficeMax near them."

Her comments have sparked fury among Twitter users with many of them saying they are able of making photocopies despite living in rural areas.

Someone tweeted: "We built this country. We can manage to photocopy our ID's."

''Take your ID, place it on a well-lit solid-colored flat surface, point your phone's camera at it, make sure it's aligned and clear, and snap the picture. download & share it with your email! CLASS DISMISSED!''

Someone else said: ''Hi, I live on top of a mountain on the WV/VA border and I can photocopy my ID.

''I mean I do it while moonshining White Lightning while dueling banjos play in the background but I can still do it.''

Another one added: ''I grew up in a rural community without an OfficeMax or a Kinkos and I managed to successfully make photocopies of things on many occasions.'' 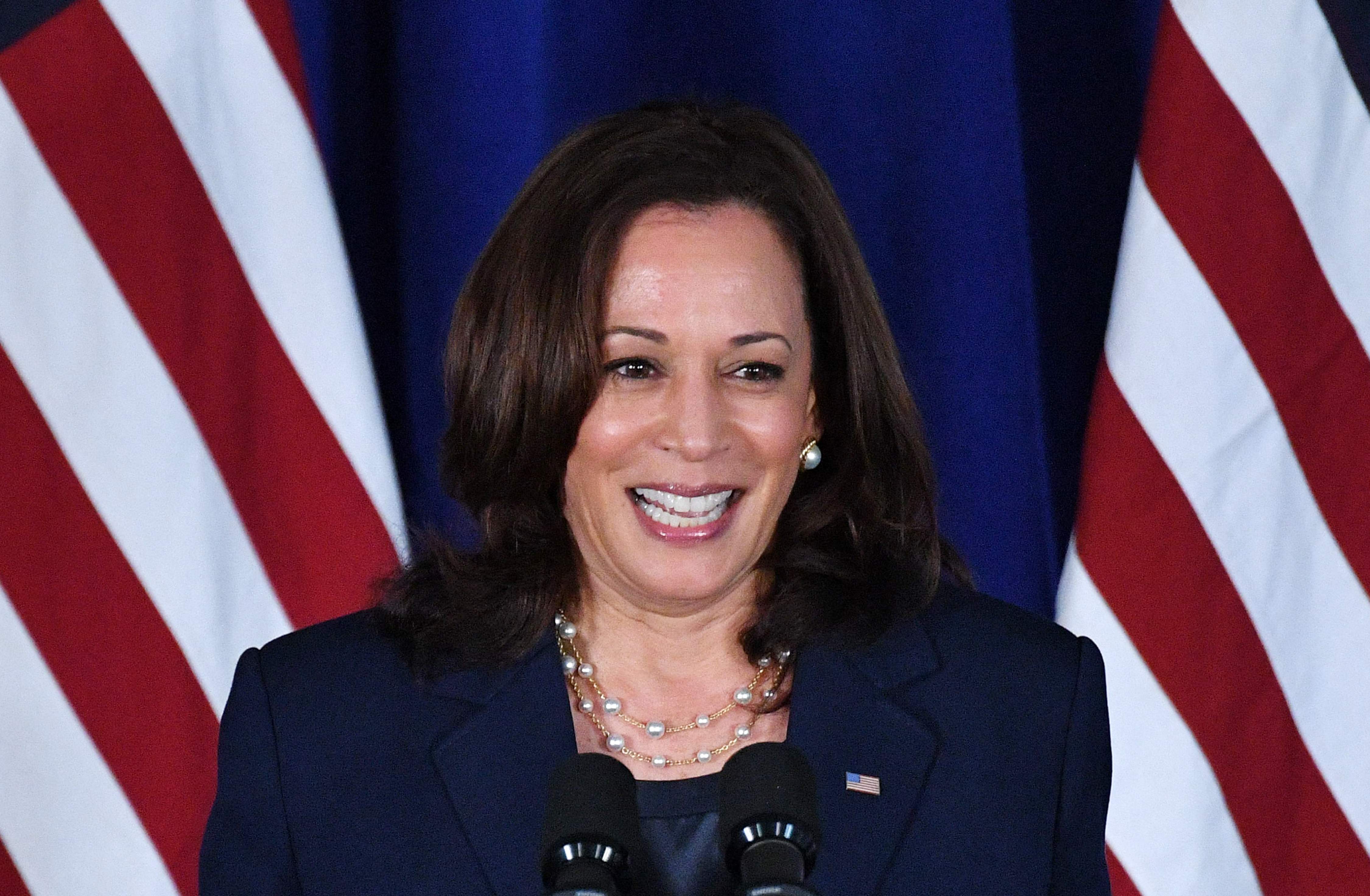 It comes while there is a battle over voter ID laws across the country with some states like Georgia and Texas claiming the measures will prevent voter fraud and others branding them ''racist.''

Meanwhile, Harris has been hit with claims of "internal conflict" with the White House's attempting to shut down the dysfunctional office narrative.

It follows recent reports that some staffers felt they were treated like "s**t."