Keir Starmer refuses to back a circuit-breaker lockdown

Labour’s response to the Omicron surge has descended into chaos after Keir Starmer refused to back a circuit-breaker lockdown while a shadow cabinet member suggested more curbs should have been imposed before Christmas.

Sir Keir has said he is not currently calling for a circuit-breaker because hospital admissions are ‘different’ to where they were in autumn 2020.

He said it is for Boris Johnson to ‘come up with a plan’, with Labour ready to support measures to protect public health.

But his comments were contrasted by those made by Jonathan Ashworth who suggested Mr Johnson should have already toughened restrictions.

Labour’s shadow work and pensions secretary said Mr Johnson had missed the ‘window of opportunity’ to launch a pre-Christmas crackdown because of his ‘dither’.

Meanwhile, shadow health secretary Wes Streeting said in response to Mr Johnson declaring yesterday that there will be no more curbs introduced before Christmas Day that ‘we’re all breathing a sigh of relief that Christmas is going ahead as planned’. 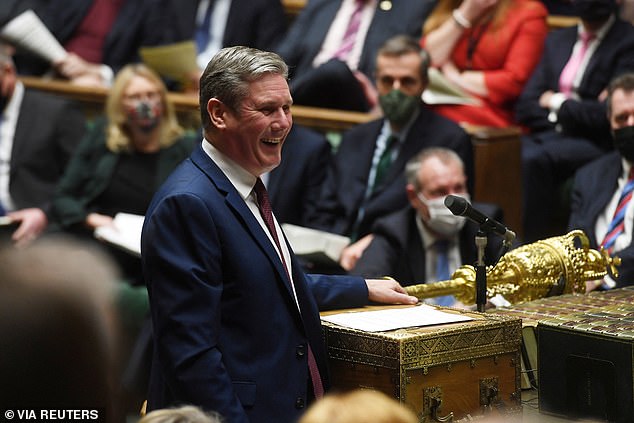 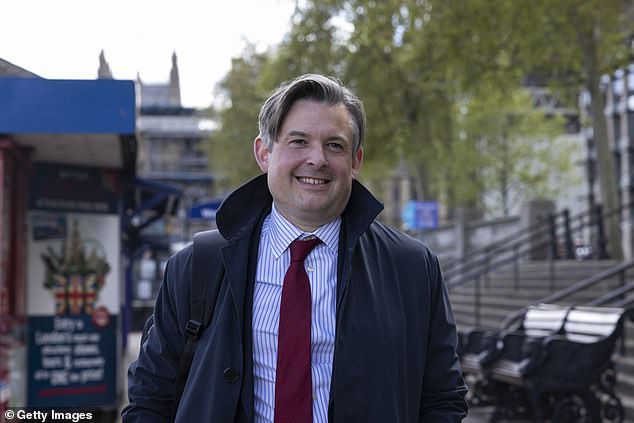 Mr Johnson gave the go-ahead for people’s Christmas plans but warned new restrictions could be implemented immediately after December 25.

The Prime Minister said ‘continuing uncertainty’ about the severity of the Omicron variant and hospital admission rates means he does not believe there is enough evidence at the moment to justify stricter measures.

Labour has faced accusations of sitting on the fence in recent weeks after the party failed to set out its own plan for how it would address the spread of the Omicron variant.

In an interview with Times Radio, due to air in full on Friday, Sir Keir said he is not calling for a circuit-breaker because hospital admissions are ‘different’ to where they were in autumn 2020.

He said: ‘Because if we look at the new variants, the numbers are a cause for concern. The hospitalisations are different than they were last autumn when we called for the circuit break.

‘Sorry, the autumn before when we called for the circuit break. We’ve asked ourselves a quite difficult question, which is: ‘What does a responsible opposition acting in the public interest do at a moment like this?’

‘And the answer is we act in the public interest, and we act to protect public health and therefore the Government needs to get a grip, needs to come up with a plan, we will look at it just as we did last week with Plan B, if we think it’s the right measures then we will then support it.’

But Mr Ashworth said this morning that Mr Johnson had ‘missed the opportunity’ to take action before Christmas.

‘Indeed, because of Boris Johnson’s dither anyway, he’s missed that window of opportunity to do anything in the run-up, I mean, about Christmas.

‘On the other hand, we’re all anticipating some form of restrictions post-Christmas, so Johnson is kicking the can down the road if you like.

‘But I think people just need to know where they stand. We need a bit of certainty, we need to know what he’s anticipating for the future, and I think he should outline that plan.’

Mr Streeting had said in response to Mr Johnson’s announcement: ‘We’re all breathing a sigh of relief that Christmas is going ahead as planned, but the country also deserves some certainty about what comes after Christmas so that families and businesses can plan ahead.

‘The virus won’t be taking Christmas off and there’s still a risk of the NHS being overwhelmed in the new year.

‘Boris Johnson is too weak to get any measures to keep the country safe through his Cabinet.

‘The Prime Minister is focused on clinging on to his job, half his Cabinet are preparing their leadership campaigns, and the country is left with no plan to deal with the imminent threat of Omicron.

‘The Government must stop arguing amongst itself, come forward with a plan, and give people and businesses clarity.’