Seven members of staff at Kensington Palace have been sacked or resigned over misconduct.

The workers helped look after the palace, which is home to Prince William and wife Kate, for the charity which manages royal palaces for the Government.

Records show they are among 27 Historic Royal Palaces (HRP) employees who have been fired or left under a cloud since 2015.

Two of the 27 were dismissed last year for harassment, while another lost their job four years ago over a fraud. 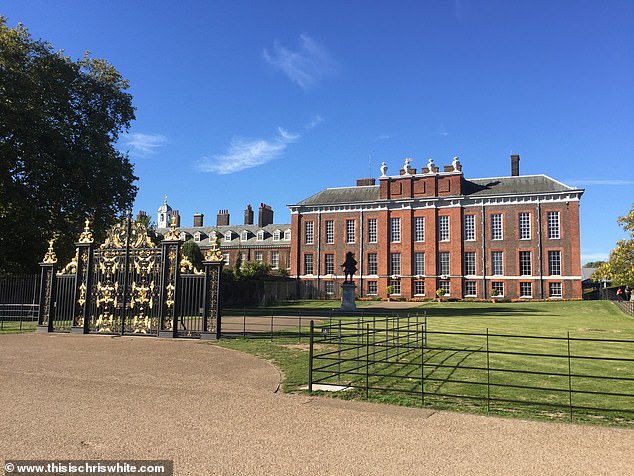 The front of Kensington Palace, where the tourists enter. HRP staff work for the public side of the palace so don’t work directly for the royals

Five others were fired over their attendance, while eight were sacked for ‘failing to follow procedure’.

Another was dismissed for ‘failing to follow performance framework’.

Three of the 17 HRP staff sacked since 2015 worked at Kensington Palace, which houses up to 15 high-ranking royals, including Prince William, 36, wife Kate, 37, and their three children.

Prince Harry, 34, and wife Meghan, 37, were living in the palace’s Nottingham Cottage but moved out before the birth of their son this month.

HRP staff work for the public side of the palace so don’t work directly for the royals.

Others sacked by HRP include seven employees from the Tower of London, five from Hampton Court and two from Hillsborough Castle.

A further ten members of HRP staff resigned during discipline cases. Two left during harassment investigations, including one last year, while another being investigated for theft also quit last year. 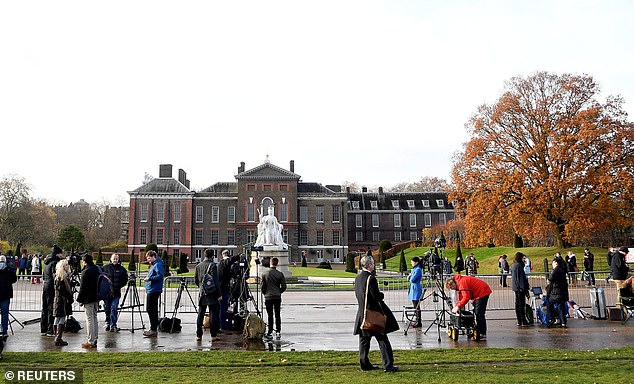 The workers helped look after the palace, which is home to Prince William and wife Kate, for the charity which manages royal palaces for the Government

In 2017 a member of HRP staff resigned over a fraud and another in 2015. Four of the ten who resigned worked at Kensington Palace and another four at Hampton Court.

The other two who quit worked at the Tower of London and Hillsborough Castle in Northern Ireland.

HRP was set up by the Government in 1989 to look after five royal palaces but later became an independent charity.

It took over the management of a sixth palace, Hillsborough Castle, in 2014. The disciplinary figures, released after a freedom of information request, show there have been at least 98 disciplinary sanctions handed out to HRP staff since 2015.

A spokeswoman for the charity said: ‘In common with all responsible employers, we have a performance framework and code of conduct in place to guide our staff to deliver the highest possible standards of service to our visitors.

‘As an organisation with over 1,000 employees, we occasionally need to instigate disciplinary proceedings when these standards are not met.

‘This is always a regrettable, but thankfully rare occurrence. We are proud to hold Gold Investors in People status.’