Vladimir Putin has faced internal dissent over the jailing of opposition leader Alexei Navalny after dozens of local politicians called for the prisoner to be treated humanely.

In a rare act of rebellion in the autocratic state, current and former municipal deputies and lawmakers signed an open letter to the dictator.

They urged Putin to remove Navalny, 46, from his ‘punishment cell’ and give him proper medical care as his health deteriorates in the brutal conditions.

The cells are said to be 2.5m by 3m ‘concrete shoeboxes’, which are appalling to stay in due to being so cold and damp. The letter read: ‘It is very clear to everyone who follows Alexei’s life – the purpose of his continuous incarceration in a punishment cell is to create unbearable conditions for him in the penal colony and to cause harm to his physical and mental health, as well as to create a threat to his life.’ It was signed by Russian deputies and members of the State Duma, the lower house of the Russian parliament. 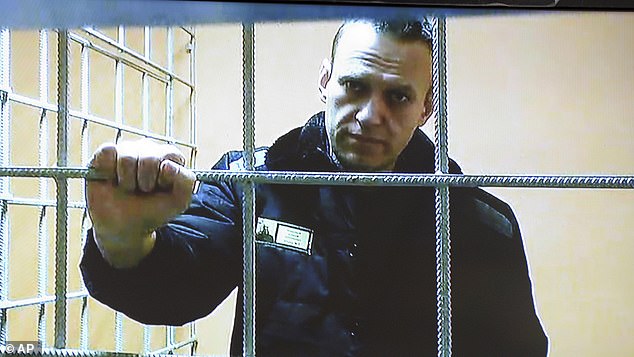 Alexei Navalny, 46, urged Russians to continue to fight the Kremlin from his cell

They said there was still widespread support for Navalny in the country, despite the aggressive clampdown since Russia invaded Ukraine in February last year. They wrote that they had backed Navalny’s political activities and his fight against corruption for years. The politicians gave their full names and titles.

The message was addressed to Putin, Russia’s prosecutor general and the Human Rights Council of the Russian Federation.

They wrote: ‘Even expressing one’s opinion on the internet is fraught with high risks of prosecution, administrative and criminal. Therefore, it looks to you like everything is in order – no one protests, everyone is silent,’ adding: ‘We are not silent.’

It is the latest in a string of high stakes publicity drives in an attempt to get Navalny out of prison, launched last Tuesday – exactly two years after his incarceration. 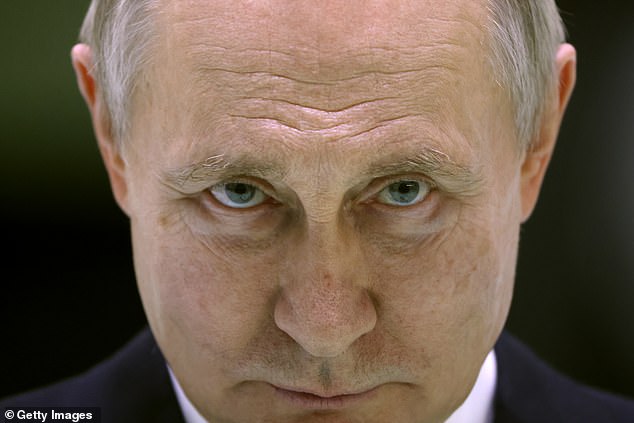 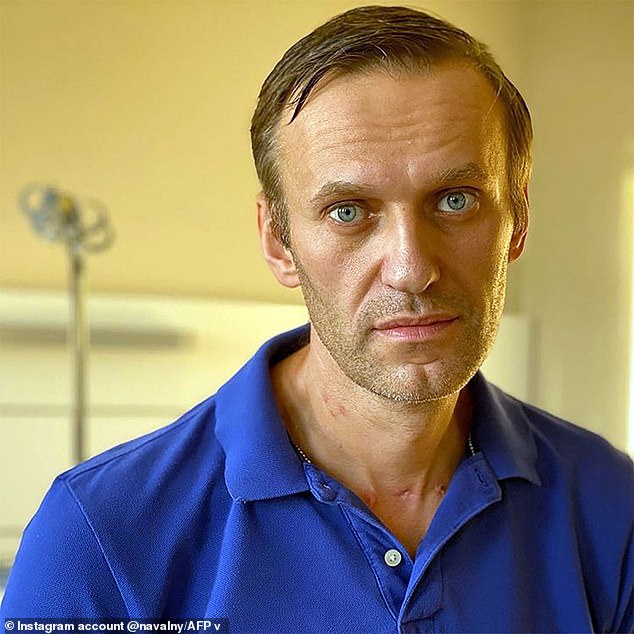 Putin’s most prominent opponent was locked up after returning from Germany where he had been treated after being poisoned with the deadly Soviet nerve agent novichok.

Marking the two-year anniversary, Navalny urged Russians to continue to fight the Kremlin.

He said through his lawyers: ‘Our miserable, exhausted Motherland needs to be saved. It has been pillaged, wounded, dragged into an aggressive war, and turned into a prison run by the most unscrupulous and deceitful scoundrels.’

His daughter Dasha Navalnaya helped launch the campaign to free her father with a video on Tuesday. She said: ‘Of course the real reason my dad is in a punishment cell are his anti-war statements.’

Hundreds of Russian doctors have signed a petition imploring Putin to ‘stop abusing’ Navalny. Dozens of lawyers signed a similar statement last week. Under Putin’s draconian measures to clamp down on opposition, those critical of the war face jail or being sent to the frontline.