This is the astonishing moment hundreds of shoppers rushed inside a new department store in Brazil ignoring social distancing guidelines.

Scores of videos uploaded to social media show how the throng of shoppers pushed past each other Saturday at the opening of Havan in Belem, a city in the northern Brazilian state of Pará.

Images show a sea of frenzied customers desperate to grab a bargain with one video capturing the moment businessman Luciano Hang hypes up the customers outside prior to the opening of his 150th store – a day before he celebrated his 58th birthday. 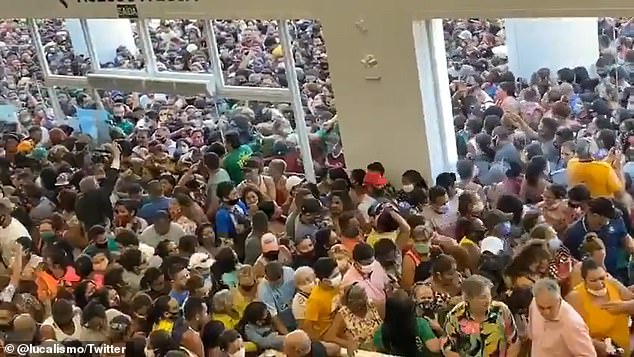 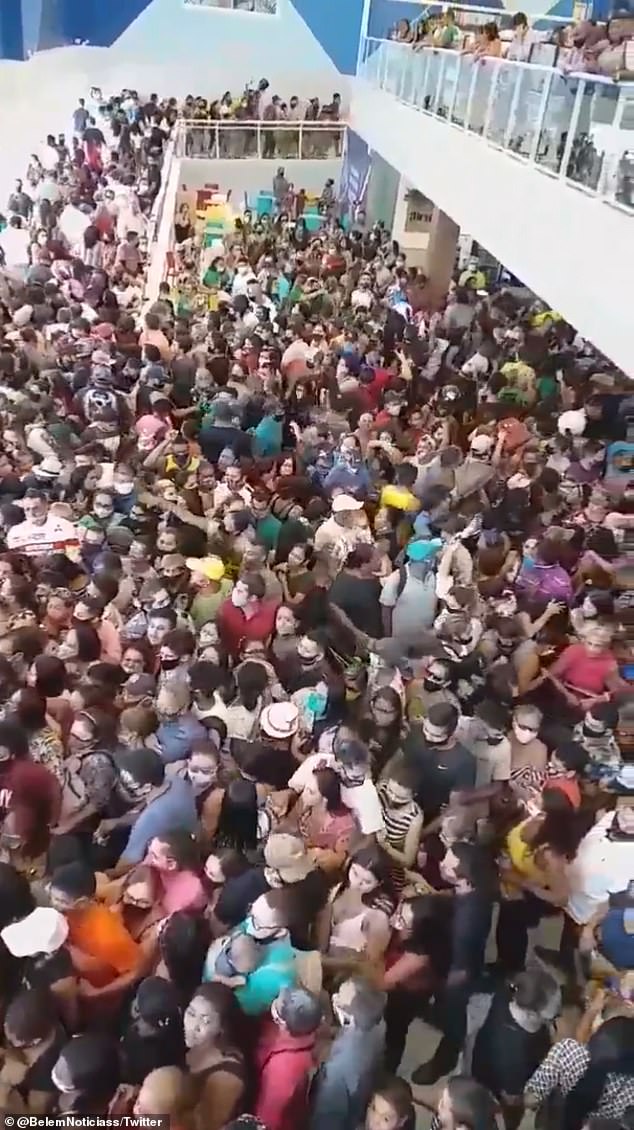 Customers without facial coverings file through a Havan department store 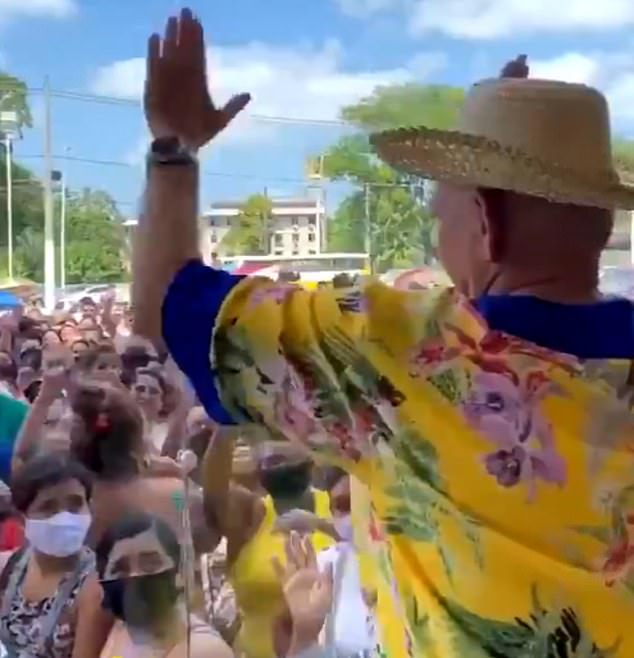 The mass gathering forced Pará governor Helder Barbalho to order Havan megastore to be shut down Saturday because management failed to comply with social distancing measures.

Barbalho based his decision on ‘non-compliance with the rules provided by the WHO and for crimes against Public Health, according to article 268 of the Brazilian Penal Code’.

According to the Brazilian Health Ministry, Pará ranks sixth in the country with 237,938 confirmed cases and seventh with 6,654 deaths.

The epidemic has generated 5,094,979 positive cases Brazil, third behind the United States and India. The deadly virus has killed 150,488 in Brazil, second behind the U.S. 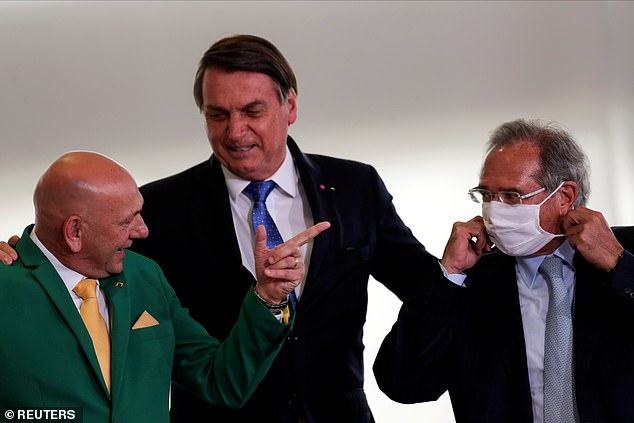 Hang apologized to Barbalho and the Para state government for any issues that the store opening may have caused.

‘We did not expect to receive so much affection from the Paraencse people. We have sanitary procedures in all of our 150 megastores throughout Brazil, but today it was humanly impossible to execute,’ Hang wrote in an Instagram post.

Hang, a supporter of President Jair Bolsonaro, who once compared the coronavirus to a ‘little flu’, said that the positive reviews behind the opening of his latest store would lead to more openings in future.

‘I will repay all this affection by opening more stores throughout the state of Pará, generating jobs and development,’ Hand said.